Shaina Oliver's asthma flares up on cold days. Her kids can't play outside, often due to the heavy air pollution surrounding their community.

"It becomes a burden because you have to buy more air filters for each room," she said. "And it's not really possible for everybody to do air filters in every room."

MORE: How to help the <a href="https://abcnews.go.com/alerts/environment" id="_ap_link_environment_Environment_" target="_blank">environment</a> in the best way, according to climate experts

Oliver, a field organizer for Moms Clean Air Force, lives in north Denver, which at one point was one of the most polluted zip codes in the U.S. The Suncor refinery, located just north of where she lives, is located in a predominantly Black and brown community. But if you head to the south side of Denver, she said, there are no homes near refineries 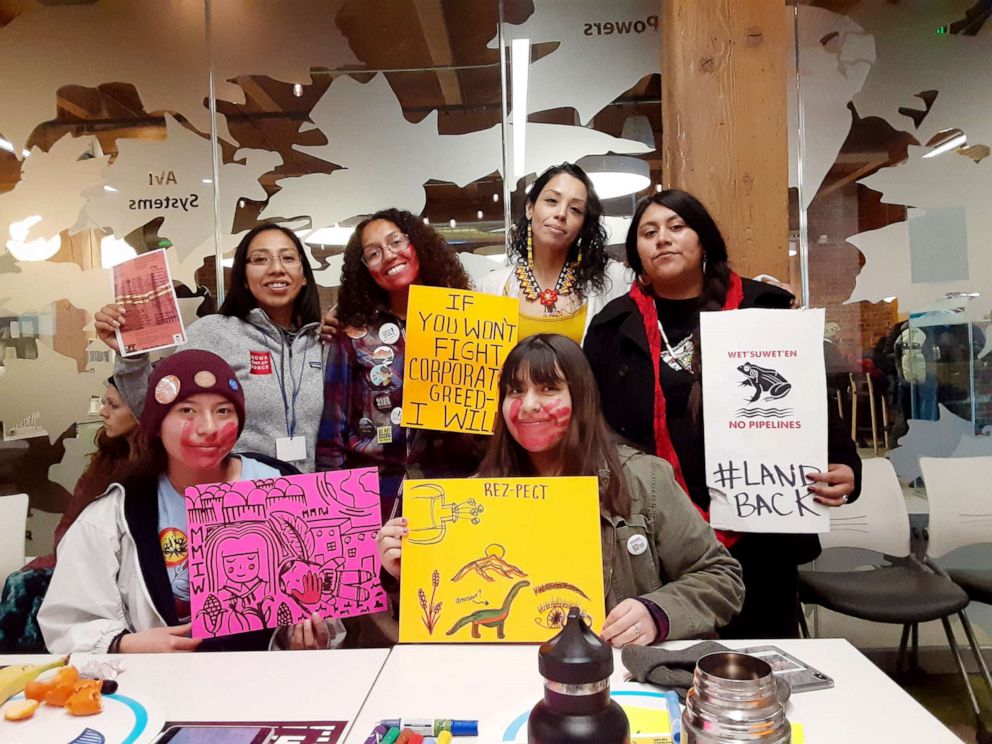 Courtesy of Shaina Oliver
Shaina Oliver, top far left, attends an NEPA hearing at the EPA in 2020 with other Native organizations.

Dr. Myrriah Gómez, an assistant professor at the University of New Mexico, said to understand environmental racism, it's important to understand precedent.

According to Gómez, among many injustices that occurred when the project entered the state, her own great-grandparents were dispossessed of their ranch in the 1940s.

Because the lab needed workers, her grandfather worked cleaning tools that were used in experiments. Her family associated his exposure to harmful materials with his cancer diagnosis and death.

MORE: How local, organic farms help the environment and you, according to a farmer

Similarly, Oliver, who is a member of the Navajo Nation in Shiprock, New Mexico, said her family has been impacted for generations by environmental racism from the Indian Removal Act of 1830 to the Indian Relocation Act of 1956.

Her grandfather, who relocated to Denver and then returned to the reservation in order to maintain ownership of their land, was one of many Navajo workers who worked in a coal plant on the reservation as well as in uranium mines before protective gear was administered. He later died of leukemia.

"When you are trying to get people to understand environmental racism, you have to have a conversation of how race exists in the United States and other places in the world," Gómez added.

"It was utter disregard for the health and safety of the community where the landfill was sited," Dr. Benjamin Chavis Jr. told "GMA." 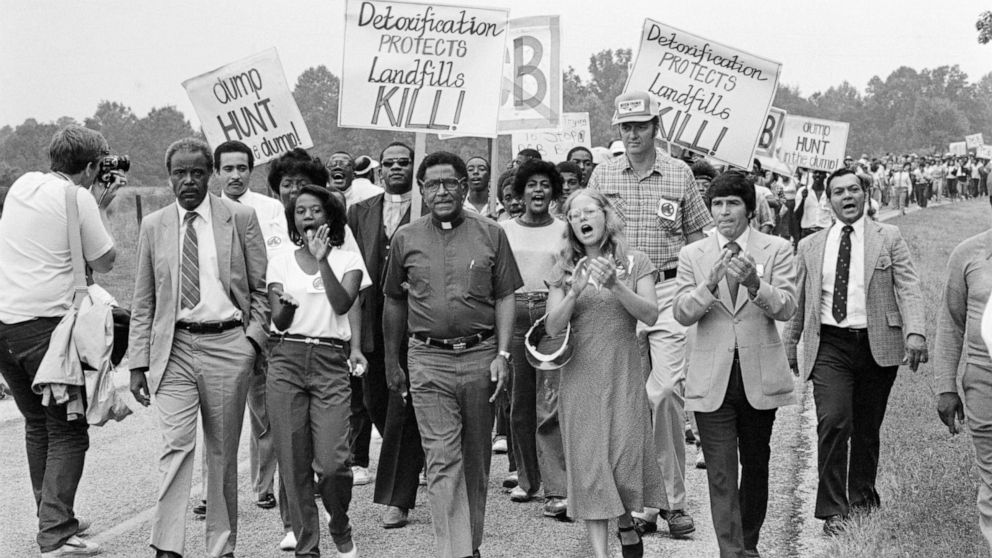 Chavis was one of many activists who protested the state's decision to unload the waste. Once demonstrations began, Chavis said he received calls from people all over the country who detailed similar experiences happening to Native American, Latino, Black and Asian and Pacific Islander communities.

After weeks of demonstrating, the state still moved forward with dumping the waste in Afton. It was during this period of time that Chavis coined the term "environmental racism."

A national study, "Toxic Waste and Race," co-authored by Chavis in 1987 concluded race was a factor in deciding where to build waste facilities.

Chavis said incidents of leukemia and cancer increased after the Afton community was exposed to the pollutants from the toxic waste.

"So this delivery wasn't by accident, that these types of waste facilities were being put in these minority communities, racial and ethnic communities. It was deliberate," he said. 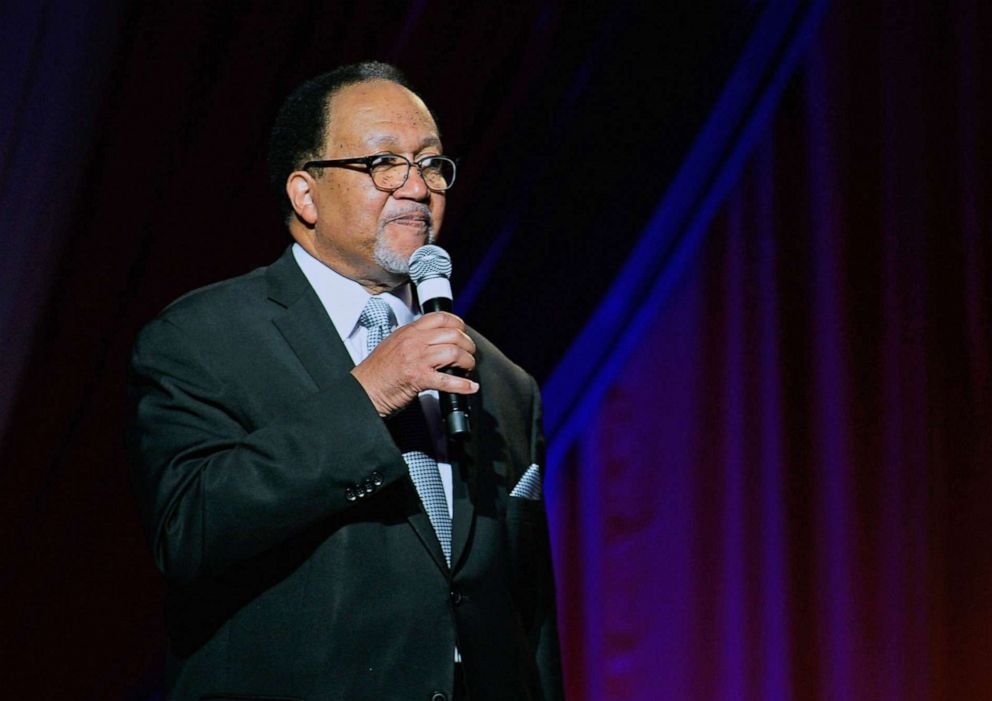 A 2020 National Urban League study, "State of Black America," said the Black American community is three times more likely to get COVID-19 than white Americans, indicating that Black Americans were more susceptible to the virus due to their preexisting conditions.

MORE: Extraordinary Earth: Ways to protect the environment from home

"So the question is, what causes and what has caused and what tends to cause these preexisting conditions like asthma, and multiple forms of cancer, and it's directly related to the air we breathe, to the water we drInk and to the food we eat and to where we live," he said.

"A lot of places where the residences are in communities are over-exposed to pollutants and to toxins," he added.

Gómez added the importance of reminding students in her class that these acts are still happening.

"And by still happening, I mean, like, even the things that happened 100 years ago are still not rectified in terms of environmental hazards in their own communities," Gómez said.

According to a 2018 report by the Environmental Protection Agency, people of color are more likely to be impacted by particulate matter than white Americans, which can contribute to more health conditions.

MORE: 7 ways to go no-waste in the kitchen: Turn scraps into stars and 'eat ugly'

While some examples of environmental racism have reached national attention, such as the water crisis in Flint, Michigan, and toxic locations like "Cancer Alley" along the Mississippi River, Gómez said there are many cases at the local level that also require attention. 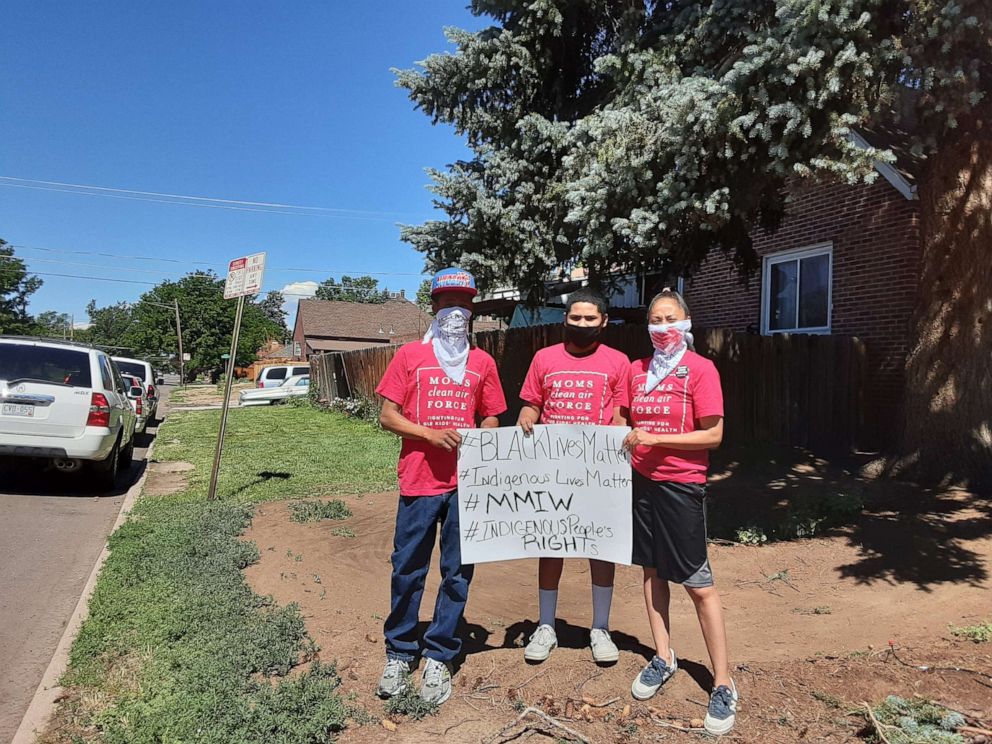 Courtesy of Shaina Oliver
Shaina Oliver, right, with her family as they attend protests to call out police brutality in the wake of George Floyd's death.

Seeing Rep. Deb Haaland, U.S. secretary of the interior, make history as the first Native American appointed as a cabinet secretary was a significant moment for Gómez, adding that her appointment meant Indigenous lands and communities were finally going to be at the table.

For Oliver, pushing for change means listening to Gómez's advice and taking a look back.

"I think addressing those racist agendas that we consider laws, policies, treaties, regulations; those are [the places] where I would like to see political leaders really address," Oliver said.