About 120 miles northwest of New York City along the Delaware River, Greg Swartz and his wife, Tannis Kowalchuk, own and operate Willow Wisp Organic Farm, where they carefully cultivate 45 different kinds of vegetables and several dozen varieties of culinary herbs and cut flowers.

It is organic farming like this that is at the root of regional environmental responsibility and -- below that -- biodiverse soil surface is an infrastructure for nutrient-dense produce that plays a pivotal role in a healthy food system. 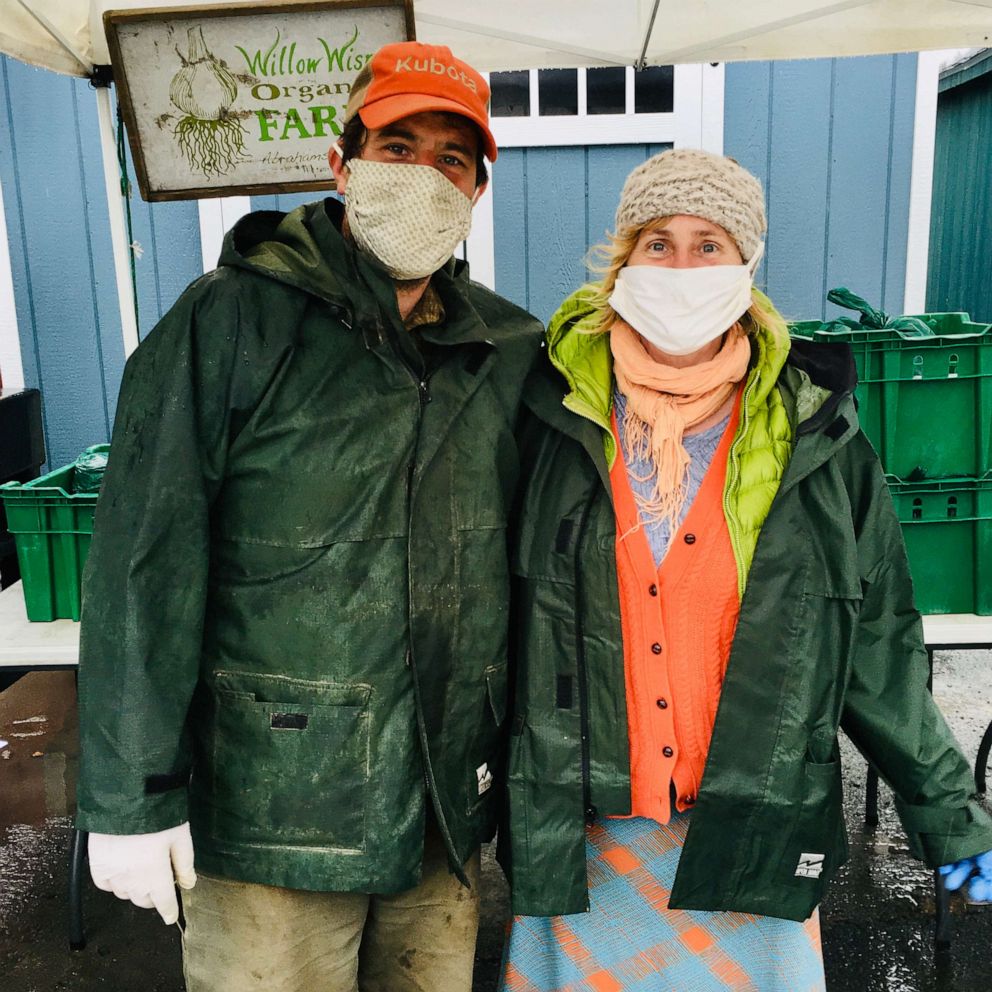 "Good Morning America" spoke to the vegetable farmer, whose produce is on the menu at several New York City's most-lauded restaurants, including Jean-Georges Vongerichten's spots such as ABCV and The Mercer Kitchen, to discuss the importance of support for local farming and its direct impact on the environment.

How good farming helps the environment 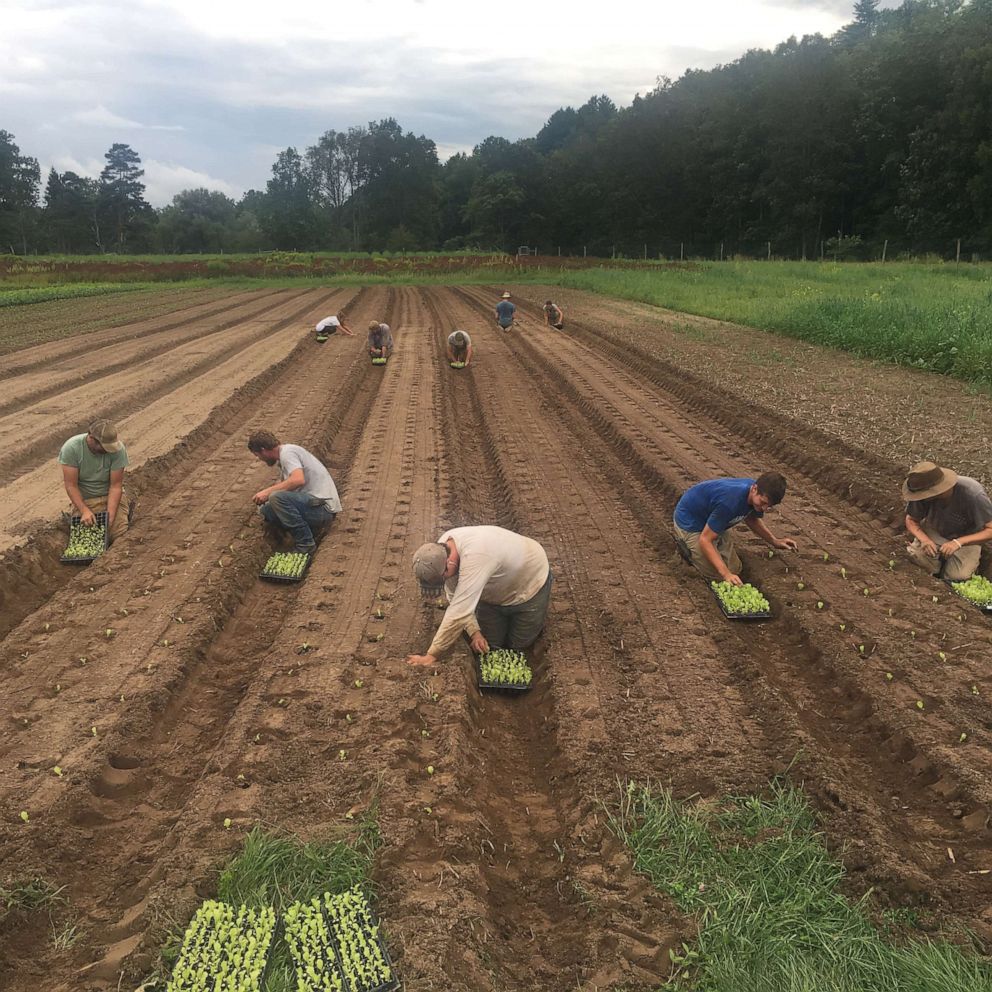 "The first part, which I would argue is maybe the most important, is that fresh produce is better," Swartz said, adding "the flavor and quality of produce grown for local distribution, as opposed to national or international distribution, is really different, because varieties are chosen to ship well and stand up to the rigors of being shipped and uniformity -- forgetting the importance of flavor."

Start with the soil

Organic farming boils down to "managing healthy soil," Swartz said. "A healthy crop is actually a byproduct of healthy soil."

"Secondly," he said, "the closer that you can eat a vegetable to its time of harvest, that means it has higher nutrient density -- which is also closely tied to its flavor."

He explained that "soil is actually alive" and "a handful of healthy soil, on average, has more than 1 billion living organisms -- where one thing eats another, and energy transfers through the system to make it work in balance."

"We want all of those critters -- everything from bacteria to fungi to nematodes to arthropods (bugs) -- we want the maximum number and diversity of those organisms, because those release nutrients that then the plant picks up," Swartz added.

Plus, this type of farming creates higher levels of organic matter, which makes the soil "more resilient to extreme conditions whether that be flooding, excess rain or drought."

"Organic farms sequester significantly more carbon per acre than conventional farms," Swartz said, citing a decadeslong study from the Rodale Institute that compares the two side by side.

As a society, he explained, our largest environmental goal should be to reduce our carbon emissions. "So if we can do that at the same time that we are growing healthier food, then why wouldn't we? It's a win-win." 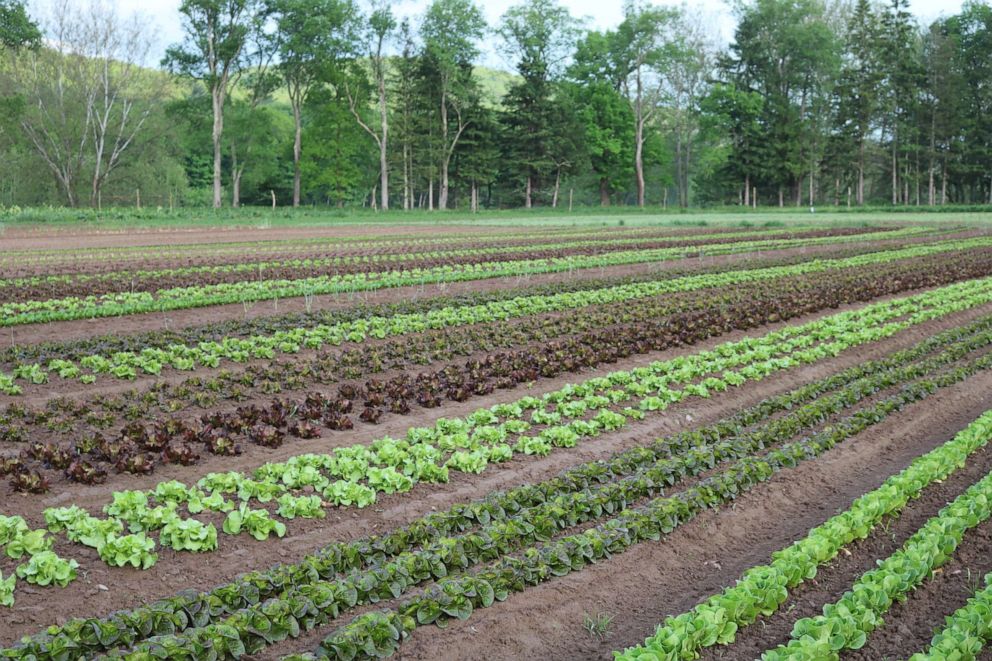 Swartz added, "it's really important to have viable land-based businesses -- for the preservation of open space." Without large farms, those spaces could be commercialized or developed and paved over.

Traditional commercial farming uses chemical-based pesticides to ward off insects, yield higher crop count and eliminate weeds, but with it come negative repercussions on the immediate and regional environment.

"Petrochemical fertilizer is, first of all, very strong, and it's water soluble, which means that the plant picks some of it up and the rest of it washes down through the soil profile into groundwater," Swartz said. "The intensity [of those chemicals] ends up putting the soil ecosystem out of balance."

Those chemicals from agricultural runoff can also reduce the nutrient load of surrounding areas, such as rivers, bays and oceans, which creates "dead zones, bodies of water that have little to no oxygen and can't sustain sea life.

Source-identified food is easier than ever

Even without immediate local access to farmers markets, Swartz said there has been an influx of online platforms and outlets that are a great way to connect people to high quality produce.

"To find those farms that are growing really high-quality produce in a way that's helpful to their local environment is really important," he said. "By buying those products, you're voting with your dollars to support good practices and also a viable local food system." 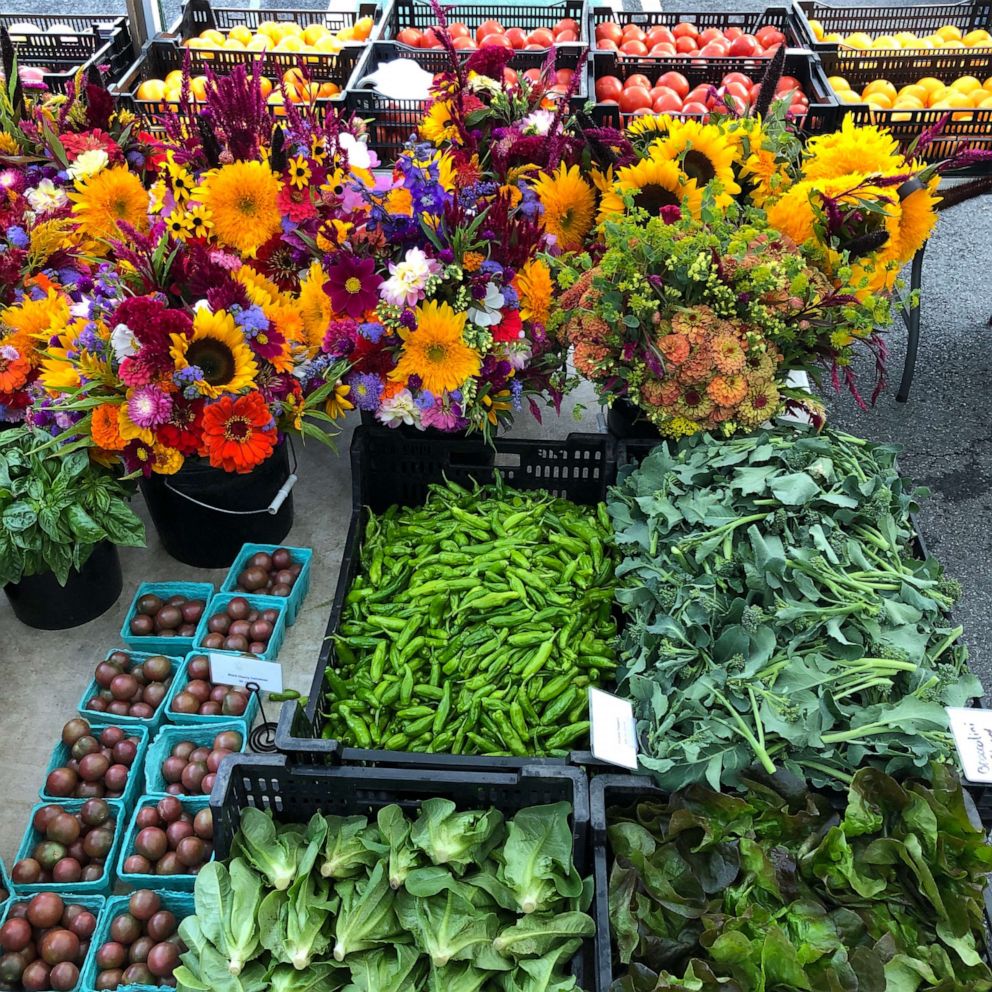 Brands such as Ugly Produce and Misfits Market offer customers commercial produce at a cheaper price for fruits and veggies that may be misshapen or otherwise not appealing for a commercial retail shelf.

Helping feed local communities even amid a pandemic

Farms like Willow Wisp were able to help provide a portion of their fresh crops to local food insecure communities and eventually gain government funding to make a profit.

"We started very early last spring working with our local food pantries to donate product," he said, "which segued into our county government having the funding to purchase our products, and we delivered the fresh veggies directly to the food bank."

Top tips from a farmer for shopping small farms seasonally

With a diversity of products offered year round, Swartz said if you can "shift your diet and find creative ways to work with those ingredients, then you're continuing to support that local farm system and arguably lots of health benefits eating seasonally."

"Think of it as a culinary challenge. Limit your choices from the limitless palette of the global food system to the regional, cause it coaxes you into being more creative with your cooking," he explained.

Moreover, the decision to eat locally and seasonally can help give home cooks a nudge to discover new dishes.

Swartz's farm is a vendor seasonally from April through December two days a week at Union Square Greenmarket and the Armory Farmers Market in Brooklyn.

"My main job when I'm at farmers markets is actually offering cooking advice, because people aren’t familiar with everything we grow or what's happening in that season," he said.

Swartz said right now one of his favorite spring crops is Jerusalem artichokes, which can be roasted like a potato or mixed in and roasted with root vegetables, added to soups or sliced raw into a salad.

Fresh woody perennial herbs like tarragon, thyme, rosemary and sage are all at their peak for flavor and freshness,

"We're at the beginning of greens for the season," he said, including baby bok choy, arugula, radishes, Japanese turnips and Little Gem lettuce.