It's been approximately half a year since the watershed #MeToo movement sparked in Hollywood and spread like wildfire, leaving almost no industry unscathed as hundreds of women came forward with stories of sexual misconduct they have been subjected to in the workplace.

In the aftermath of the new, post-#MeToo reality that has upended offices across the country, "Good Morning America" spoke to two generations of people in the workplace -- one group in their 20s and one in their 50s -- to hear how things have changed.

This is what they identified as the "new rules of the workplace."

"I think we're creating them," Alexis, a young woman in her 20s, said of the new workplace rules. "Our society has made a decision to take off our blinders and re-evaluate what's acceptable in our culture."

"We've had rules that have existed," Alexis added. "But I think we're deciding to make those more clear." 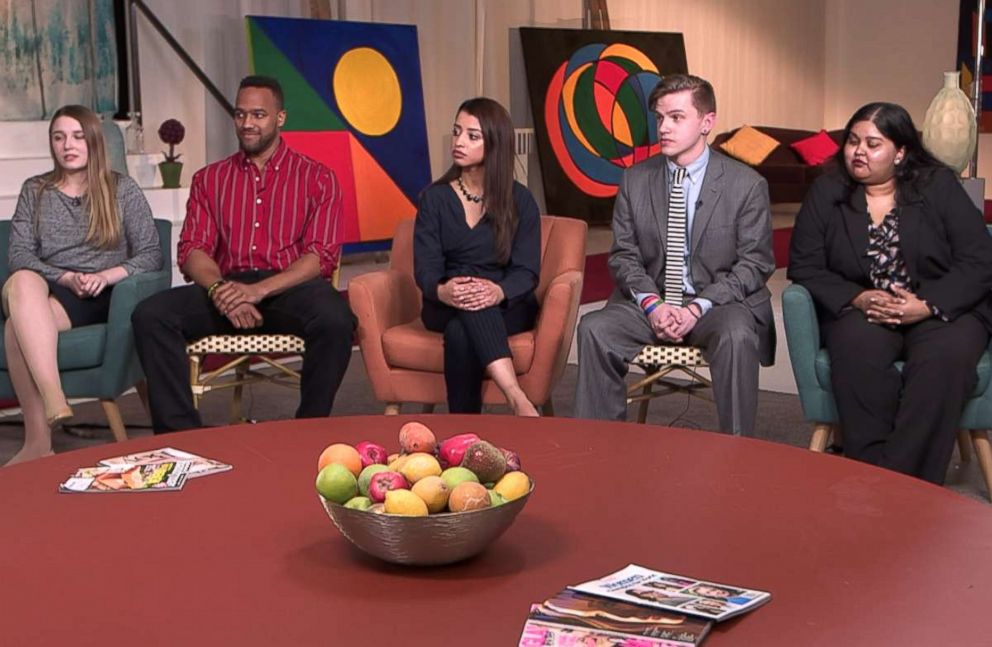 Join our new We Are GMA Facebook group to take part in the discussion!

Are compliments still allowed in the workplace?

German, a teacher in his 50s, said that sometimes he worries about how compliments that he gives at work can be misconstrued.

At school, German said he saw a fellow teacher coming, "I just passed by and said, 'Oh, you look beautiful,' because she looked beautiful, and then I said, 'Oh, what did I say?'"

German added "you never know anymore" whether his compliment could be misconstrued as offensive.

The younger group were for the most part more adamant that comments on one's appearance should not be a part of workplace banter.

"If you comment to my appearance at work, I don't agree with that," Padma, who is in her 20s, said. "Really any comment you want to give me, I want to related to my work." 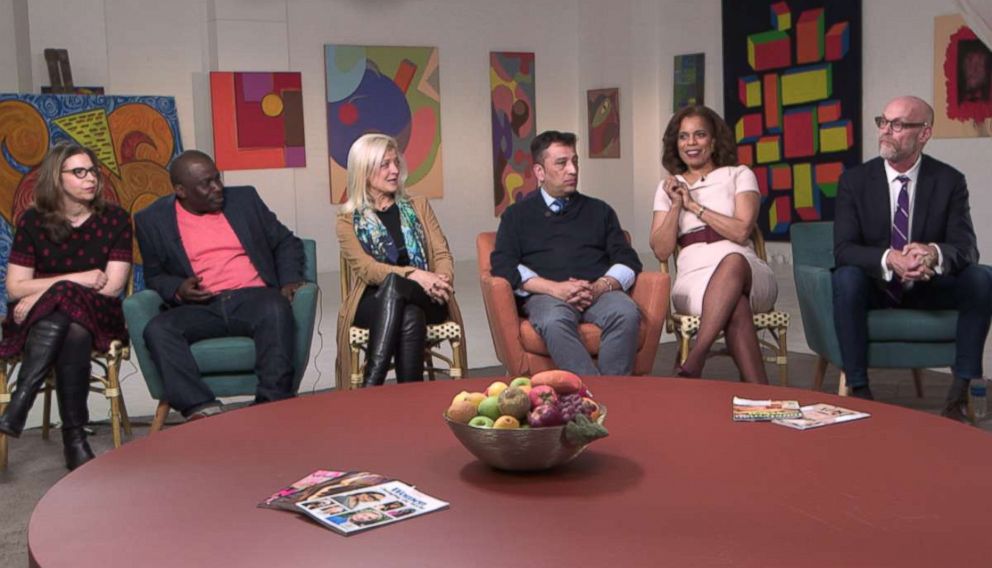 "We don't have to, like, talk about our physical appearances or how we think someone looks," Padma added. "There are other ways to relate."

Noemie, also in her 20s, said that compliments are acceptable at work as long as they are "friendly," and "never" cross the "line" past friendship.

Robyn, in her 50s, however, said she believes compliments "are one of the things that create rapport."

"Rapport is something that is really important to solidifying and improving human relationships," Robyn added.

When the two groups came together to talk, the generational divide became more apparent.

"Do you really think people should not give compliments?" Robyn asked.

Padma maintained, "If you just meet someone or someone who is a manager or supervisor, I don't think that's appropriate." 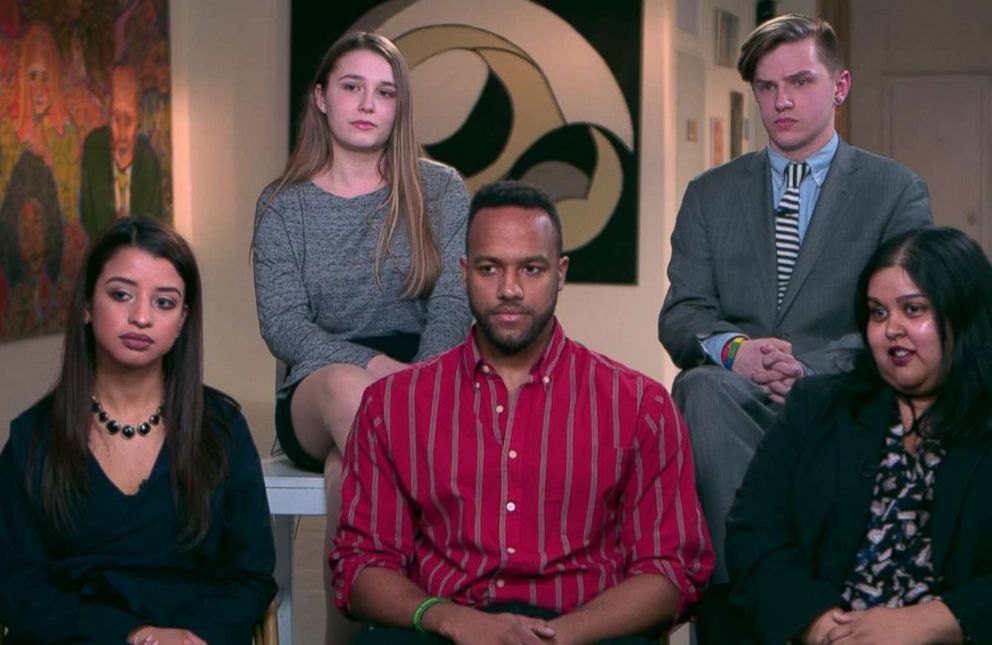 Rafael, who is in his 50s, responded, however, "Sometimes a compliment is just a compliment."

"If somebody says, 'Nice shirt,' I just think I got on a nice shirt," Rafael said.

Joanne Lipman, the author of "That's What She Said: What Men Need to Know and Women Need to Tell Them About Working Together" said that 20-somethings hold more anger over what they see as unfair.

"Younger people have an anger," Lipman said. "And particularly very young women, there's an anger there about the injustice.

"They're really focused on not just male versus female," Lipman added. "But they're looking at the double-bind, the triple-bind that women face if they belong to another underrepresented group.

"They're highly focused on that in a way that older people are not," she said.

'Mansplaining' in the workplace

Roberts asked the groups about their thoughts on or experience with “mansplaining,” a term used for when a man explains something to a woman as if they were talking to a child. The term is also sometimes used to encompass when a man takes credit for a woman’s work, or repeats a woman’s ideas and receives a bigger response.

Brandon, a man in his 20s, said that it can be hard to navigate what to do sometimes, saying, “as a man … we do have to decide. Are we going to be an ally?”

“Are you the person who wants to be politically correct and kind of stay at the wayside?” he added.

Alan, in his 50s, however, acknowledged that it is “belittling” to be interrupted.

“I have to go back to my office tomorrow and make amends for cutting some women off,” Alan said/

“So I say, interrupt the interrupters,” Lipman added.

She also encouraged those in positions of power to try and set guidelines to prevent “mansplaining.”

“You can do that if you're the boss,” she said. “Where you say, ‘We have a no interruptions rule here while people are speaking.’"

The issue of pay disparities between men and women also sparked a heated conversation.

A recent report from the American Association of University Women found that women were still earning 80 cents for every dollar earned by a man.

Rafael, in his 50s, said, however, that he felt sometimes he has noticed women received preferential treatment when doing the same job as him.

“What I have felt sometimes is being on a job with a woman,” Rafael, in his 50s, said. “I felt she's been treated better.

“I didn't think that was fair,” he added of the perceived preferential treatment. “You know, when we were doing the same jobs, but she didn't have to do the dirtier jobs or the harder jobs.

Do we have to renegotiate how we're all getting along?

Andrew, in his 20s, said that as workplaces acclimatize to the new reality, "there will be tensions" and he believes "we have to go into this with an open mind."

Alan, also in his 50s, added that it doesn't mean you have to "give up" your "core values."

"You do not change without work," Robyn said. 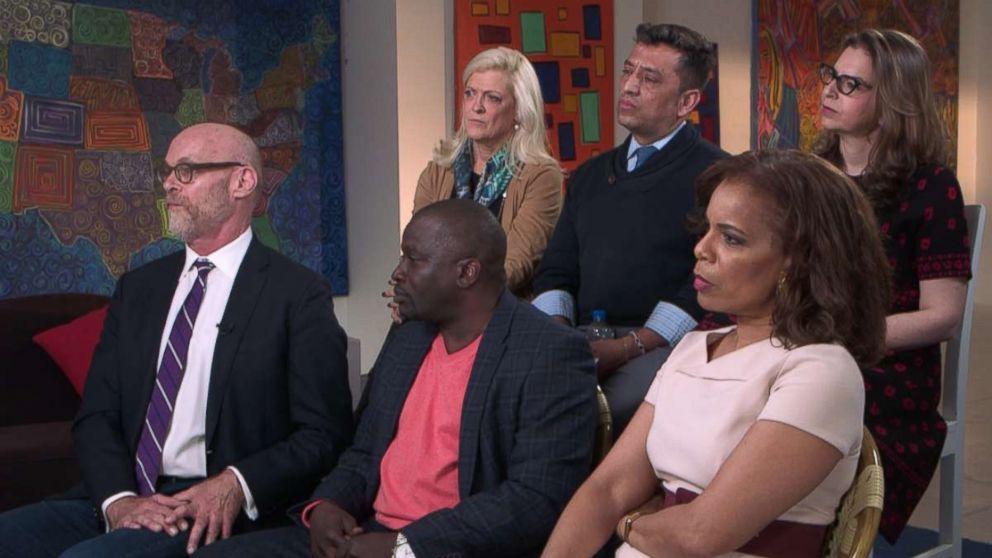