The store boasts more than 3.3 million followers on TikTok, 200,000 followers on Instagram and even has its own YouTube TV show, "Quince Empire."

Gina Rodriguez and her husband Jorge founded Moda2000 as a women's casual clothing boutique in 1990 after immigrating to the U.S. from Guerrero, Mexico.

"That was like my parents' first baby," Gelssy Rodriguez, 23, told "Good Morning America."

When the girls were born, it took no time before they were introduced to the family business.

"My mom actually never took maternity leave," Gelssy Rodriguez said. "Like after she had us, the next day she was at the store working and she was carrying us and helping clients with us."

Gelssy Rodriguez recalled helping out around the store from as early as 8 years old, ringing up customers and even submitting a "sales report" to her parents at the end of the day. 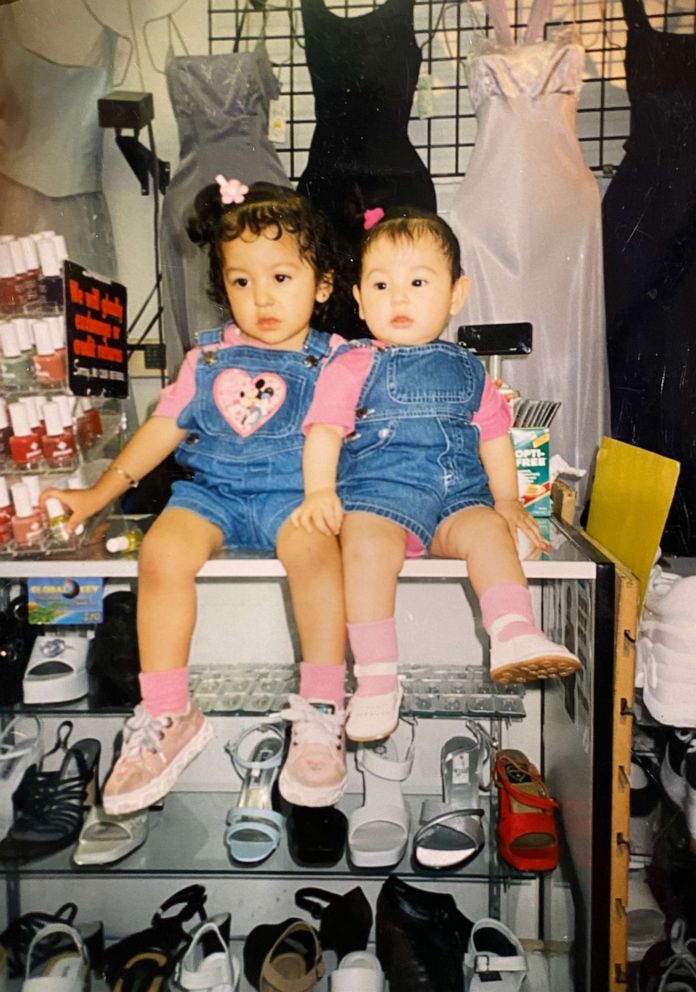 Gipsy Rodriguez
Sisters Gipsy and Gelssy Rodriguez sit on the counter of their parents boutique, Moda2000, as toddlers.

The shop shifted towards quinceañera fashion 15 years ago, when Gina Rodriguez wanted to make the process of shopping for a quince dress more personal.

"It was very cold ... like don't take photos, don't touch, don't even look at it in a sense," Gelssy Rodriguez said.

In Latino culture, a quinceañera is the celebration of a girl's 15th birthday, which traditionally marks the transition from girlhood to womanhood. The festivities, steeped in rich tradition, can be as extravagant as a wedding and girls traditionally wear expensive ballgowns and tiaras.

"It is a time in your life where you get to enjoy all the people around you, you get to enjoy that you're young, and it is a transition -- but I feel like now it's more of a celebration with your family," Gipsy Rodriguez, 25, said.

Teen thinks ahead, registering future voters at her quinceanera

Moda2000's dress designs would eventually put the store on the map, but that success would not come without hardship. Rebranding meant completely starting over, from inventory to clientele, which took a major toll on the Rodriguez family financially.

In 2015, they said they sold their home and moved into the store, where they lived for three years.

Around this time, social media was gaining popularity and the Rodriguez's saw this as an opportunity to help get the word out about Moda2000. Gipsy and Gelssy Rodriguez taught themselves about social media strategy on the fly, and decided to post videos of their gowns first to YouTube and Instagram, and eventually to TikTok.

"We kind of just posted a video not knowing what was going to happen," Gipsy Rodriguez said. "TikTok was new at the time ... and we posted and we went to dinner that night and our phones were just blowing up, like buzzing and buzzing."

Their first TikTok -- which now has 1.4 million likes -- drove 10,000 followers to their newly-created account overnight, they said.

Going viral changed their business in ways the Rodriguez family could never have imagined.

Today, quinceañeras -- the term for a girl celebrating a quince -- travel from all over to be fitted in one of Moda2000's designs, they said.

"It's just so crazy," Gipsy Rodriguez said. "Now we're getting those clients that have been following us and watching our videos since they were little girls … I think it's so beautiful that they get to grow up with us."

While their parents are still very involved in the store, Gipsy and Gelssy Rodriguez, who now serve as the brand's creative director and store's operations director respectively, are slowly taking the reins.

"They have the experience and every day we're learning from them, but now they're also learning from us," Gipsy Rodriguez said. "I think it's amazing seeing the two different generations come together." 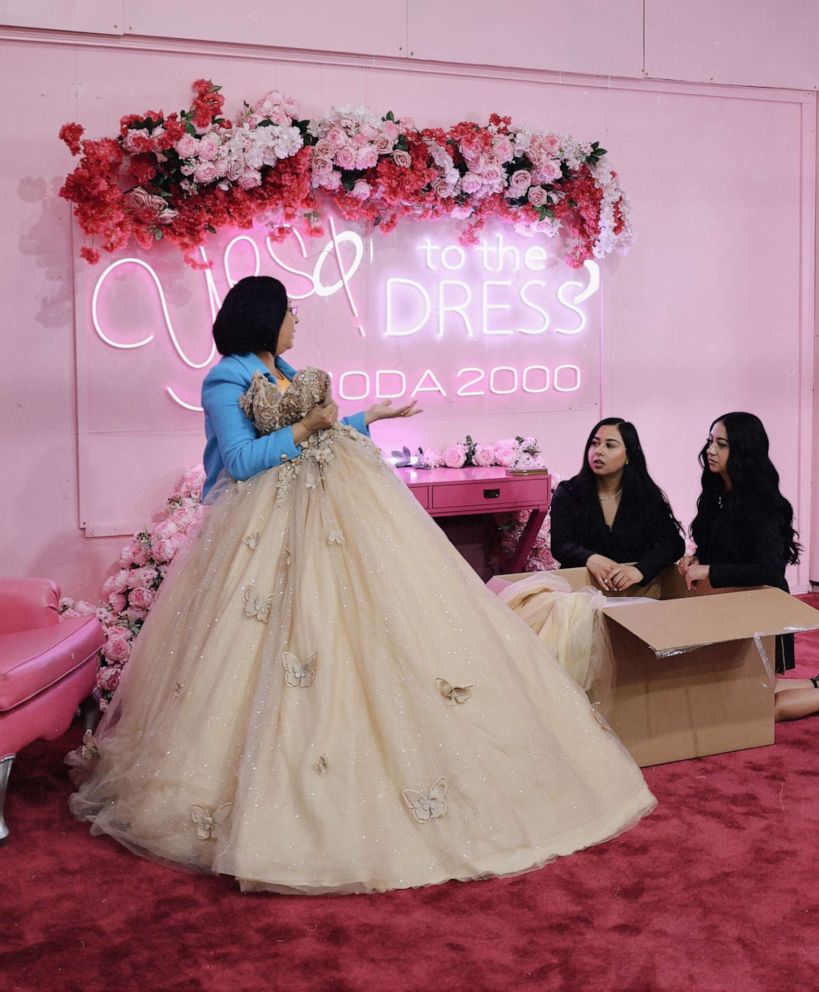 For the whole family, Moda2000's growth has felt representative of the "American Dream."

"My parents literally started with $0 from anybody else, and to this day, we haven't taken any outside capital or anything like that," Gelssy Rodriguez said. "And not only did they make such a successful business, but they also made an impact within the industry that we are in and we've become industry leaders."

Above all else, she said, their success reinforces a positive message about Latino-owned businesses.

"That's something that we're very proud of," she said.