Many college students returned to in-person learning this past fall and for some sophomores, it was their first time on campus since the pandemic began.

This situation is concerning for groups like It's On Us, an organization dedicated to preventing sexual assaults on college campuses and providing support for assault survivors.

"We have students who are academically sophomores, but socially and culturally freshmen coming to campus. When campuses reopened for the first time to in-person living and learning since March 2020 without strict COVID restrictions, we saw a surge of sexual assaults take place," Tracey Vitchers, the executive director of It's On Us, told "Good Morning America."

According to It's On Us, one in four college women will be sexually assaulted during their time on campus and for students of color, with disabilities, undocumented or those who identify as LGBTQ+, those rates are higher.

To help combat the surge and prevent future assaults, It's On Us partnered with social media app Snapchat to bring awareness to a new feature on the platform called Live Location. 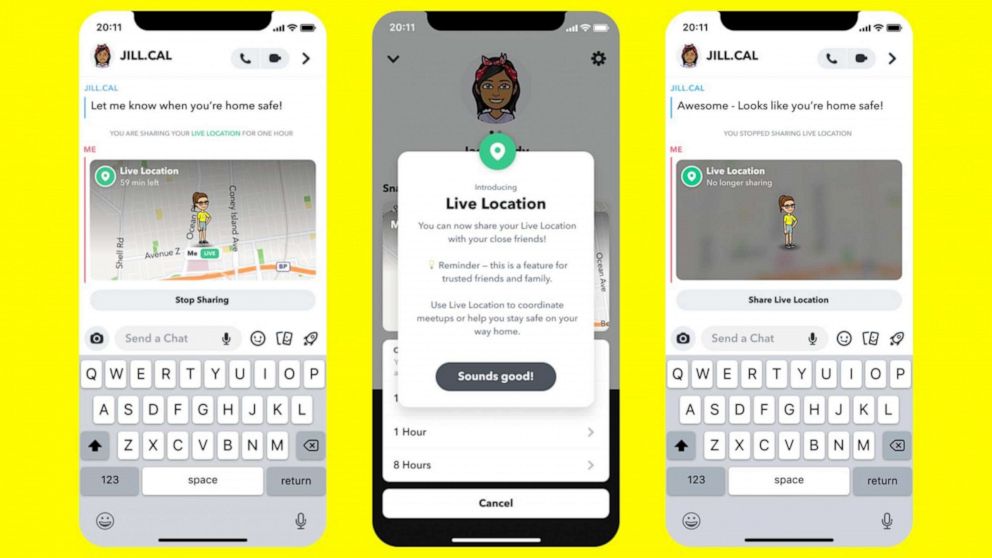 Snapchat
A handout graphic from Snapchat shows a new tracking safety feature that is being introduced on the app.

It's a feature former "Dance Moms" star and college student Nia Sioux and her mother, Dr. Holly Hatcher-Frazier, are helping to test out for It's On Us.

Sioux added: "You have to be friends with that person. You're not just sharing your location with just anyone. … It's been really comforting to know that there are these apps that are actually taking action and doing their part in helping making sure that everyone's safe."

Aside from its partnership with Snapchat, It's On Us is also working with the online dating app Tinder to launch what they call the first "online dating safety and sexual assault awareness peer to peer prevention program nationwide."

According to Vitchers: "This online dating safety peer to peer program is really critical because we found in conversations with students that traditional sexual assault prevention lessons that were being given by their school were not covering online dating safety, when that is really the future of how most young people are meeting and engaging with each other in a dating or other romantic way."