For Hamadi Taylor, 17, tending to his community garden has become a staple in his weekly routine.

"Taking time out of my day to come to the garden, just breathing fresh air -- away from my phone," said Hamadi. He's an intern for the City Parks Foundation, which runs the Learning Gardens initiative that helped him cultivate a love for gardening.

"It's just me, the heat and the plants."

Learning Gardens teaches Black and brown youth like Hamadi to rehabilitate community gardens in low-income communities and learn how to continue to care for them.

The group's mission? Food sovereignty and the right to healthy food. The organization wants children of color to feel empowered to feed themselves in a nourishing and sustainable way. 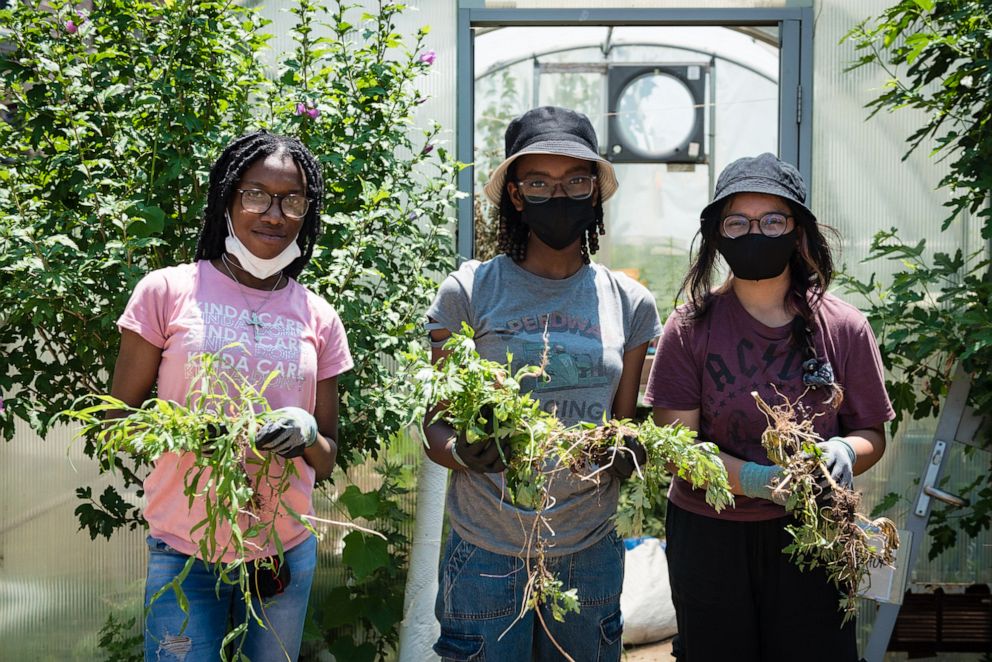 Sean Jamar for City Parks Foundation
Foraging and gardening have a deep racial history. Learning Gardens aims to connect students of color with their roots.

Black and brown families are more likely to face food insecurity or live in food deserts, or areas without affordable or good-quality fresh groceries. This can lead to poorer health outcomes, and compound on other systemic inequities.

Learning Gardens aims to give young people the tools they need to overcome such barriers.

"We don't necessarily think about it like, 'Man, we don't have access to [good] food,'" said Shari Rose, City Parks Foundation's associate director of environmental education. "Instead we try to flip it into empowerment. 'How can we be able to grow food so that we can be able to make snacks for ourselves?'"

The initiative's goals stem from a broader issue -- one that has deep roots throughout U.S. history.

Efforts to criminalize foraging and gardening have long plagued people of color in the U.S., who have historically used such tools to support themselves and their families and, at times, to stay afloat amid hardship.

During the colonization of the "New World," settlers armed themselves against foraging Indigenous tribes who sought food from traditional hunting and foraging grounds, according to Baylen J. Linnekin, researcher and founder of the Washington, D.C.-based nonprofit Keep Food Legal Foundation.

Linnekin also found that foraging became a way for Black Americans to nourish themselves during slavery. After the Civil War, it became a means of financial freedom, giving Black vendors the opportunity to sell the food they foraged. Foraging laws restricted this freedom. 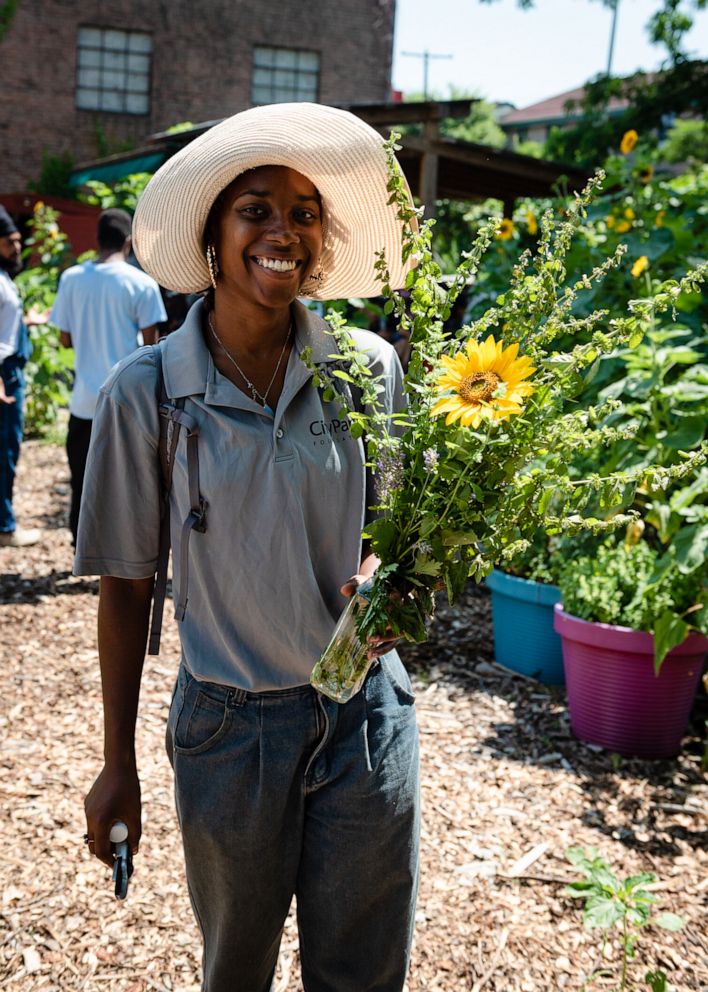 "The history of early American anti-foraging laws reveals that supporters of restricting foraging rights typically grounded their efforts in racism, classism, colonialism, imperialism, or some combination of these odious practices and beliefs," Linnekin wrote in a 2018 research article published in the Fordham Urban Law Journal.

Learning Garden organizers say there is power in re-learning foraging and gardening skills -- as well as how to fuel one's body, how to take care of one's health and in the knowledge of how all of that impacts one's life. Students in the Learning Garden program, for example, learn about edible weeds, about the best methods for getting fruit and veggies to grow, and about how to walk into a garden and make a meal on a whim.

"For us, a lot of that knowledge was lost [throughout history]," Rose said.

Foraging can also be a way for many children of color to connect with their roots, using the tools and strategies of their ancestry. 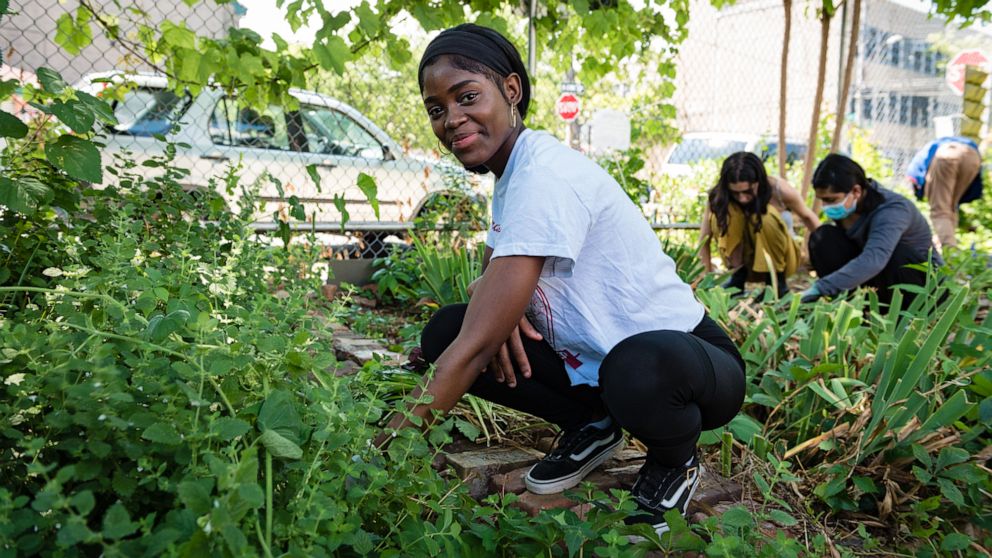 Initiative leaders say that, sometimes, the children are the ones doing the teaching. Since many come from a diverse set of backgrounds, with equally diverse sets of knowledge, children are often given the opportunity to lead and share that knowledge with others.

"Tomatoes just fall over, right? We need support for the tomatoes to stand up," said Isa Moise, who works as an educator for Learning Garden. "There's these two students who culturally, their families know how to build these really intricate support systems, these cages with sticks and yarn."

"That goes into the whole [idea of] reclaiming our power and reclaiming the knowledge that we have had as persons of color," she added.

These days, many Learning Garden students are able to walk through the city streets and identify the plants that are edible, those that aren't and how to grow those same plants on their stoops, fire escapes, backyards or gardens.

"There'll be days where we just decide to do a cooking demo," Hamadi said. "Where we just go around the garden, picking tomatoes, the cantaloupes if they're ripe, some basil."

The program has taught more than 20,000 students so far, and will continue with a new set of students this school year.

"Every season, it's always been a joy to see our high school students, and even our middle school students, when they're hungry, they just go in, and they just take something off the vine and just eat it," Rose said. "We're just existing, and in fact, us existing in these spaces sometimes can be revolutionary."