Students from LeBron James' I Promise School in Ohio received the surprise of a lifetime that will make the next move in their education a slam dunk.

The LeBron James Family Foundation announced Wednesday that it will provide four years of free tuition for eligible students in the school's first graduating class in partnership with Kent State University.

The group of high school juniors from the NBA superstar's public school in his hometown of Akron, Ohio, visited Kent State University where university officials spoke to the room of eager students.

"You are Mr. LeBron James' first class, his first love, it all started because of you," Melody Tankersley, interim senior vice president and provost at KSU, said.

Todd Diacon, KSU president, helped to reveal the big surprise, asking the students to retrieve an envelope that was under their chairs.

When you show up to @KentState for your 11th grade experience outing, but find out you’re also getting FREE tuition for 4 years AND a year of free room & board‼️ 😱😭 pic.twitter.com/udCrl95qFi

Inside every envelope was a card from the school that read, "Kent State guarantees your tuition free for four years! You will also receive free room and meal plan for your first year." 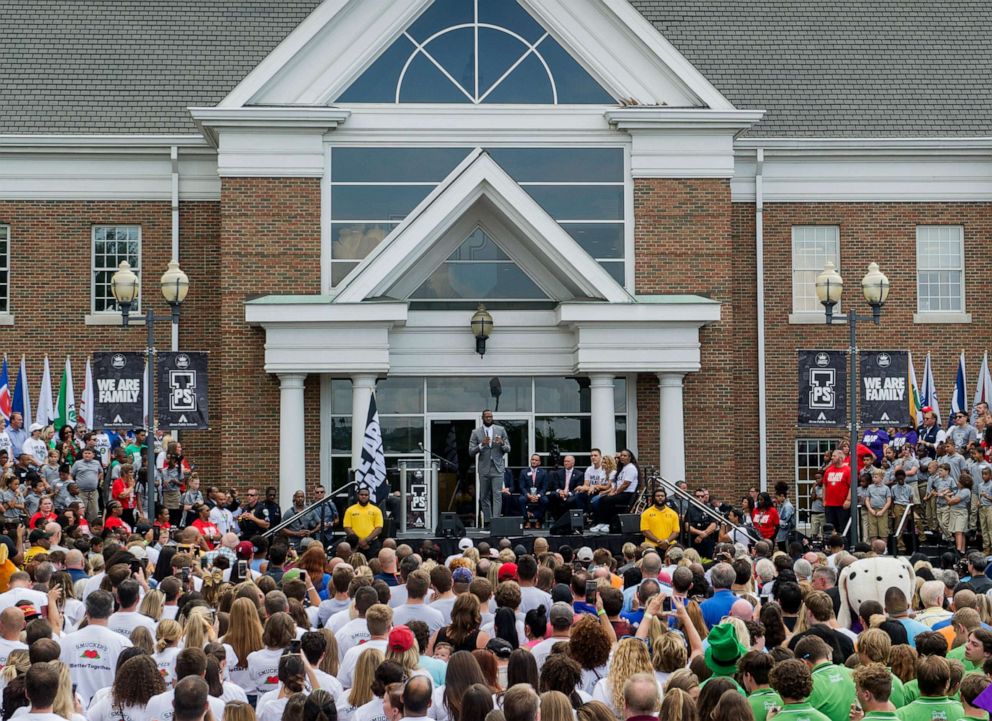 Phil Long/AP, FILE
LeBron James speaks at the opening ceremony for the I Promise School in Akron, Ohio, July 30, 2018.
MORE: For LeBron James, opening school for at-risk kids is the culmination of a decade of work

The Lakers star retweeted multiple videos from the I Promise School and his foundation to help share the good news.