A high school musical theater and choir teacher in Iowa is opening up about the story behind his viral video series that has amassed nearly 62 million views and has online fans cheering alongside his own students.

In an eight-part TikTok video series, Myles Finn gradually unveiled what his class would be performing for their 2023 musical. He shared the first video post on Aug. 24.

The concept started off innocently enough, with Finn putting up 13 musical names on a whiteboard and taking down two of the names each day, striking them off the list of possible projects. It was an idea the teacher said he thought of after seeing similar announcement stunts on TikTok. 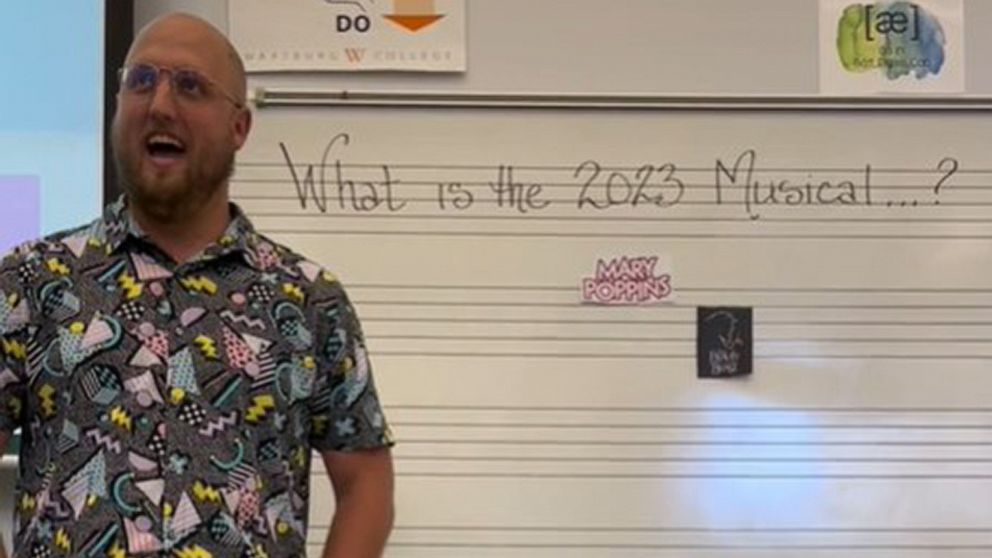 But Finn and his wife, Haley, co-director of the musicals, decided to have some fun and added a twist to the announcement. "I decided to throw a little bait and switch in there and have the musical that we were doing … actually not up on the board, [which] really threw them for a loop," Finn told "Good Morning America."

Finn would later share it in a two-part TikTok post. "ARE YOU FOR REAL RIGHT NOW?!" text overlaid in the video read as a student's voice presumably echoed the same question. As the musical's title was revealed, the iconic first few bars of "The Addams Family" theme song started to play -- all part of Finn's master plan. 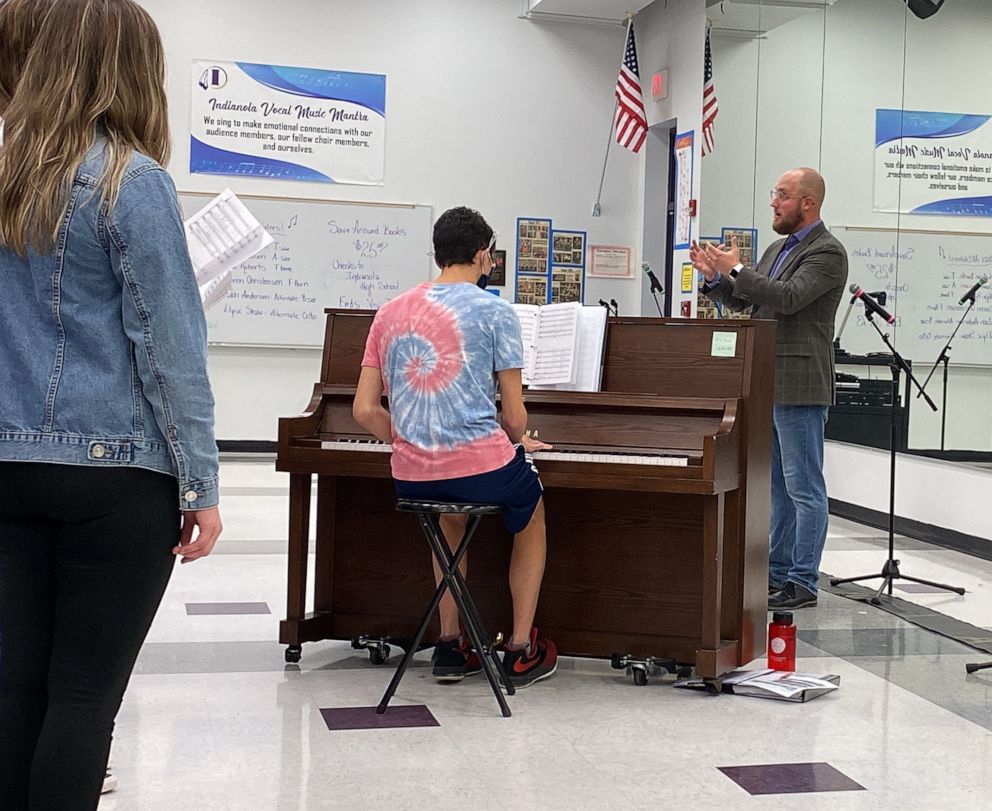 Courtesy Myles Finn
Myles Finn has been teaching for the last seven years.

"I think it's such an iconic song that as soon as [that] first 'da da da da' plays, everybody knew exactly what was happening," he said.

Finn had to keep the new musical a secret for months before he could reveal it to his students.

"Kids always know that I have a general idea of what it's going to be and they're always trying to get it out of me," he said. "So the more that I built the anticipation, I think, the more it played into, 'Oh, I have to make this really intense' and so then it got even more intense as we got closer, and I'm like, 'Ooh I'm going to make this really fun.' " 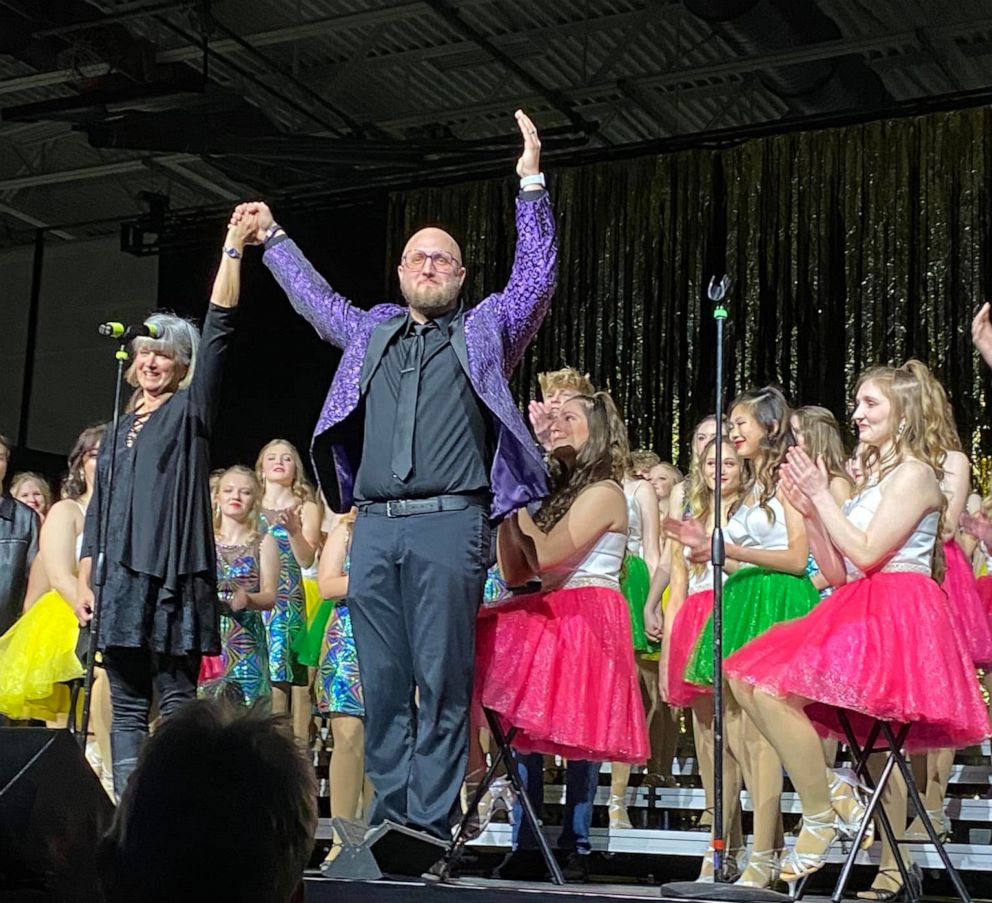 Finn has been teaching at Indianola High School in Indianola, Iowa, for four years and said he strives to maintain a "close-knit relationship" with his students.

MORE: This teacher's method for taking attendance makes us wish we were in his class

Finn said he's since received an "outpouring" of love and support since his TikToks went viral. His message to the newfound internet fandom is two-fold. 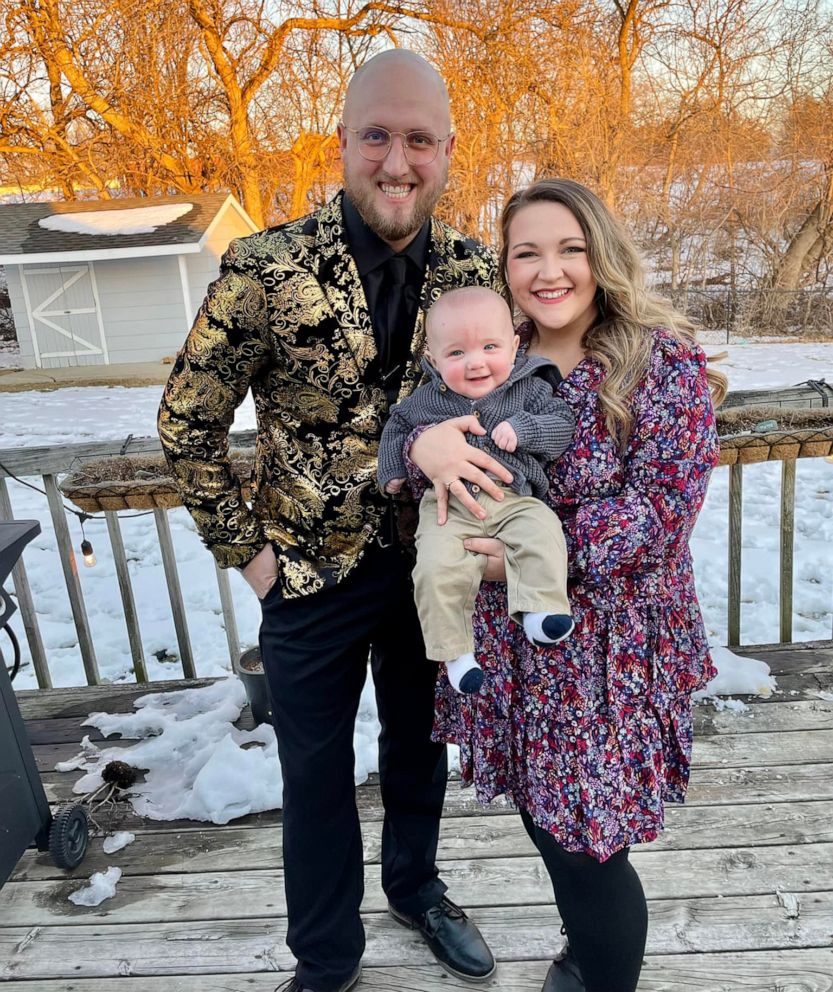 Courtesy Myles Finn
Finn and his wife, Haley, both work at the same school. Haley is a school counselor and is also co-director of musicals with her husband.

MORE: This Alabama teacher made a remix of 'Old Town Road' to help with her students' test-taking anxiety

He added that he encourages anyone who's hesitant about pursuing their passions to "share their soul."