A 16-year-old boy is on the mend after a shark encounter.

Doyle Nielsen was surfing at New Smyrna Beach, in Florida, when a shark swam up behind him and took a bite out of his right arm.

"It felt like someone on their surfboard had come full speed directly at me and hit me super hard," Nielsen told "Good Morning America." "And then after somebody had yelled, 'There's a shark, get out of there,' I realized what it was." 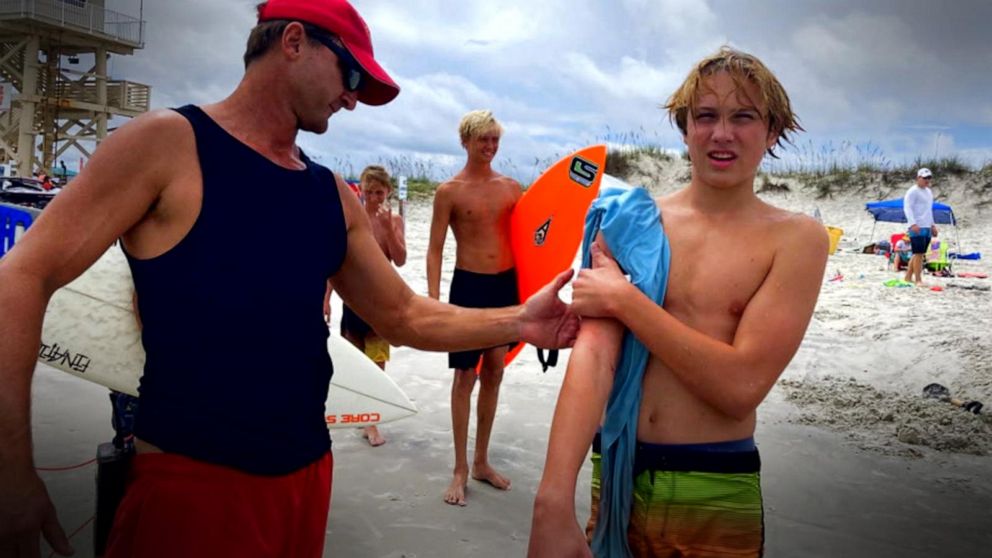 Thankfully, Nielsen made it to shore safely, but was left with a gash on his arm from the attack.

Capturing the event on camera was Sam Scribner, a quadriplegic photographer who suffered a spinal cord injury in 2016. He was also previously an active surfer, and now has a passion for shooting surfers.

Scribner shared the video on his Instagram page, hoping to find Nielsen to make sure he was OK. 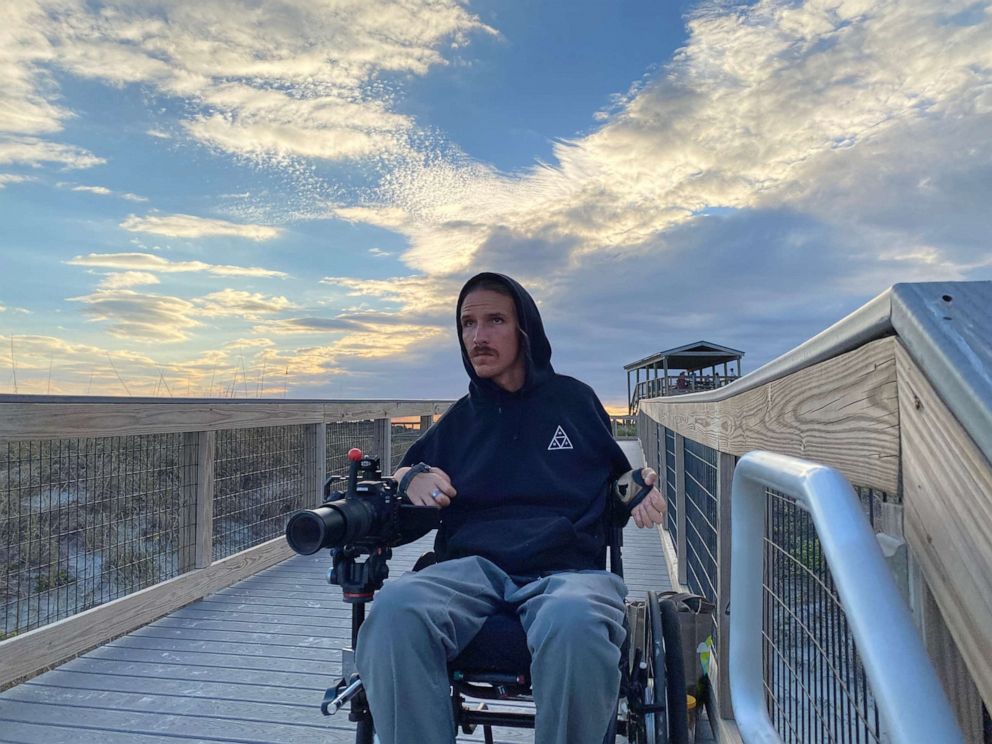 "I sincerely hope that the kid is not too scarred from the chomp & he's able to get back in the water as soon as possible," he wrote.

"Doyle was right in the middle of my frame and the shark just hit him," Scribner told "Good Morning America." "It was over in a matter of seconds to it's crazy how quickly it happened."

Experts say that the winds from Hurricane Larry created strong surf, which also created a desirable environment for sharks that day.

"There's a feeding frenzy that occurs on the beaches in the fall and as mullet and eventually other species of fish is moved out for the winter," George Burgess, director emeritus at the University of Florida, program for shark research, told "Good Morning America." "Of course, you throw in surfers in the middle of that surf and you're going to have an unholy mix that most inevitably results in a bite.'' 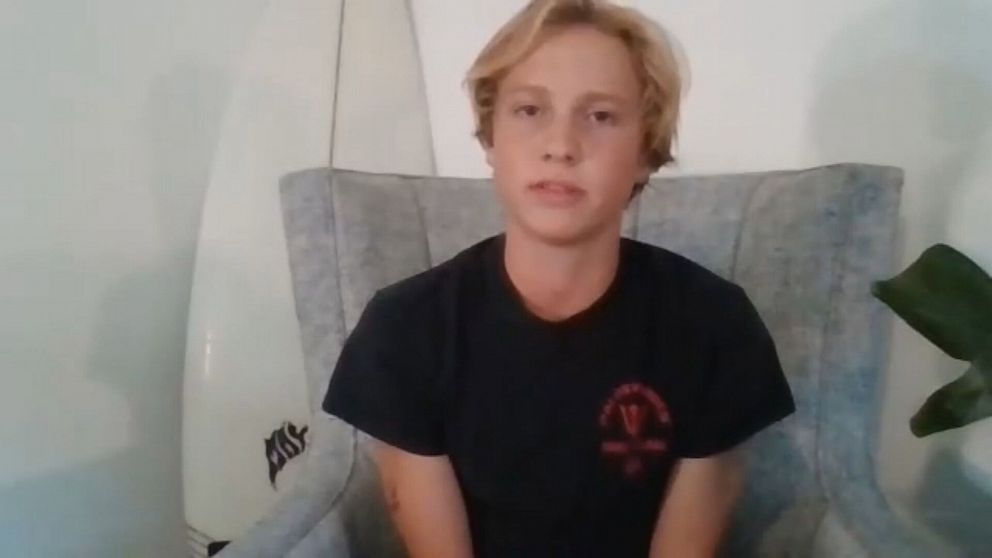 The incident at New Smyrna Beach is the latest in a string of shark incidents this year. As of Sept. 5, there have been 35 shark attacks in the U.S., according to the website, TrackingSharks.com. Twenty-three of those incidents happened in Florida, five in Hawaii and two in California.

While shark attacks and bites are rare, the majority of the incidents involve minor injuries, according to TrackingSharks.com. But for those living along the Atlantic coast of Florida, where the water is rough and bait fish feed, shark attacks may happen more frequently.

In August, 15-year-old Lucas Cruz, of Florida, was also bitten by a bull shark while lobster fishing with his family.

"I looked in the water and all I saw was red," Cruz said. "I didn't even see my leg. I couldn't see anything."

Cruz's injuries were so severe that he was flown to Burn and Reconstructive Centers of America at Kendall Regional Medical Center and treated for the wound. He had lacerations on both legs, tissue and muscle damage and a severed achilles. After having undergone extensive reconstructive surgeries and spending 11 days at Kendall Regional Medical Center, he's now recovering at home and using a wheelchair and walker to get around. Doctors say that they expect an "excellent recovery."

"His wounds have healed, his prognosis is excellent," Dr. Haaris Mir, medical director, Burn and Reconstructive Centers of America at Kendall Regional Medical Center, told "Good Morning America." "Kids with these kinds of injuries do fantastic and I anticipate a very rapid, excellent recovery for him."

Nielsen, luckily, walked away from his incident with minor injuries, and he said the experience won't to stop him from catching waves again in the future.

"I'll definitely be surfing again, but I know that it'll affect my mindset," he said. "I'll be a little more cautious in the water."