When a few packages from Amazon were delivered on the front porch of Jillian Cannan's Buffalo, New York, home, the mom of four and small business owner said she didn't think anything of it.

"My [business] partner said she didn't order them either, but we're so busy that I thought I'll deal with this when I get a minute," Cannan told "Good Morning America." "The next day another package came and I reached out to Amazon about the mistake."

Cannan said Amazon told her they put in a ticket to escalate her inquiry about the mistake and not to worry about returning the packages.

As the days went on, more and more packages started arriving at Cannan's house, often at night or during the work day when she wasn't there to receive them.

"One day, my best friend's mom called me and said, 'I just drove by your house and I can't even see your front door because there are so many packages on your front porch,'" Cannan recalled. "Another day, my husband pulled in the driveway and he FaceTimed me and there was a pallet in the driveway." 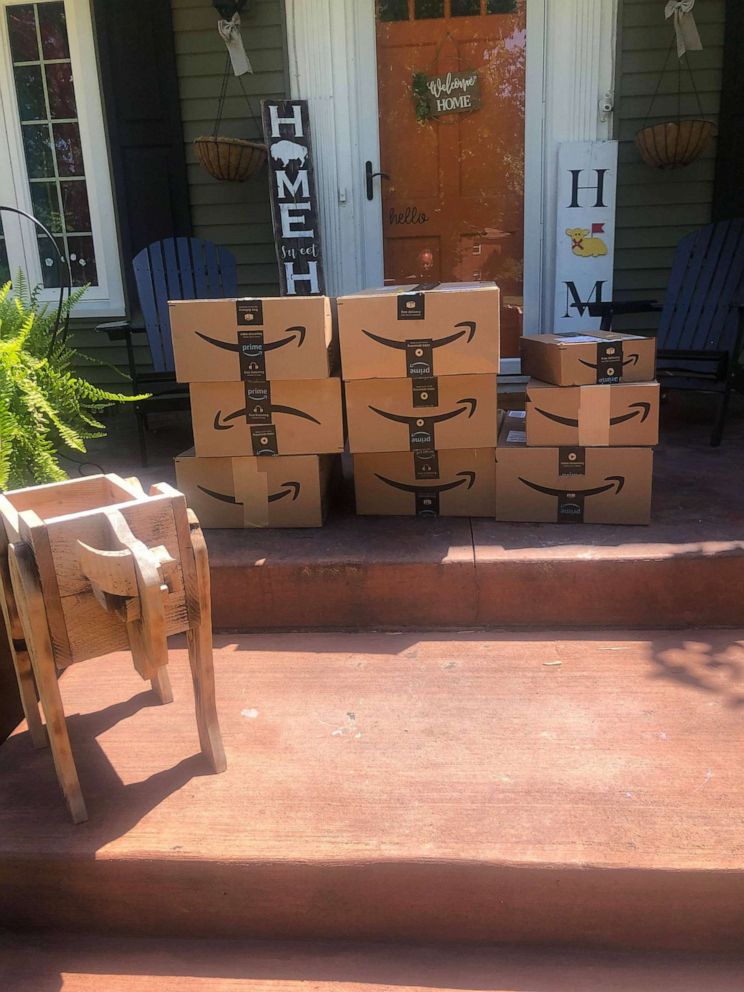 Over the course of a week, Cannan said around 150 packages were delivered to her house, none of which she had ordered.

"In the meantime, I'm calling Amazon again and they had every different theory just like everybody else: Is this a scam? Is someone emptying a warehouse?" Cannan said. "They also didn't have a way to have the shipments stopped."

Finally, in mid-June, Cannan said Amazon told her they were able to get the shipments stopped -- just before thousands of packages were set to ship.

A spokesperson for Amazon told ABC News, "These packages were sent to the wrong address and we appreciate Ms. Cannan and her family’s patience and creativity as we resolved the situation."

Inside the more than 100 packages delivered to Cannan's home were thousands of face mask brackets, items made of silicone that people put inside their face masks to allow more space for breathing.

Once Amazon told her again the packages did not need to be returned, Cannan, the co-owner of Loaded Lumber, a creative studio in Buffalo, said her "wheels started turning."

She decided to package the brackets into DIY face mask kits and deliver them to local children's hospitals, where face masks are still strictly required due to COVID-19 restrictions.

Cannan asked Amazon to donate art supplies for the face mask kits and is waiting to hear back after sending her supply list. 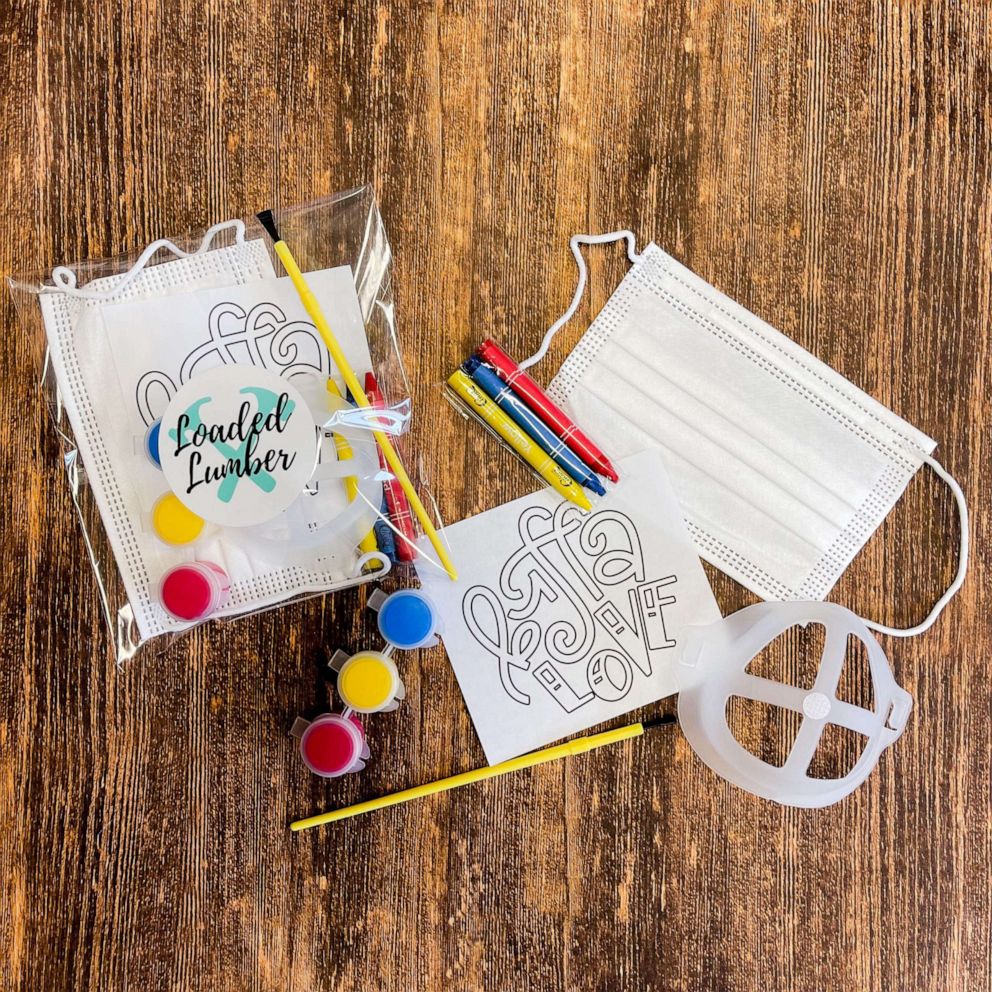 Courtesy Jillian Cannan
Jillian Cannan and her business Loaded Lumber created DIY face masks for kids in hospitals from the packages she received.

Her small business, Loaded Lumber, will also donate paint and art supplies for the kits.

Cannan is also accepting donations, including face masks, from companies and individuals who have reached out to her as news of what Cannan calls "package gate" has spread.

"We're estimating creating 1,000 kits to start and then we have way more brackets than that so hopefully we can do more," she said. "It definitely is a big undertaking from a small business standpoint, but we're excited to be able to go back."

Describing how she's been able to put a positive spin on what could have been a frustrating situation, Cannan added, "I've just been saying, like, 'Make lemonade out of lemons.' 'Make do-it-yourself face kits out of brackets you get.'"

"It's been funny all the way through," she said, adding that Amazon assured her the order was not linked to her account and she wasn't being charged. "I have four little kids and things happen and you have to make the most of it. This past year has been one for the record books and what a funny story on top of it."