How to navigate adult life like a boss, from turning your job into a career, investing your hard-earned money, building relationships and more. Because adultingis not easy.

The gender pay gap -- in which women on average earn 80 cents to every $1 earned by men -- is a penalty women see, and feel, directly in their paychecks.

The gender savings gap, in which women traditionally invest and save less than men, is a hidden penalty that also hurts women, many of whom don't realize it until it's too late.

Women are not only less likely to save for retirement than men, they also save less money and hold more in cash, hurting their future earnings, according to 2015 data from BlackRock, a financial services firm.

"It's not just that Wall Street has the 'keep out' sign [for women], it's that in every instance, society tells us that money is for men," said Sallie Krawcheck, a former Wall Street CEO who started Ellevest, an investment platform for women. "For example, the concept that boys are better at math than girls, which is not true, and that men are better investors, which is not true."

"We've been told as women that talking about money is tacky and unattractive," she added. 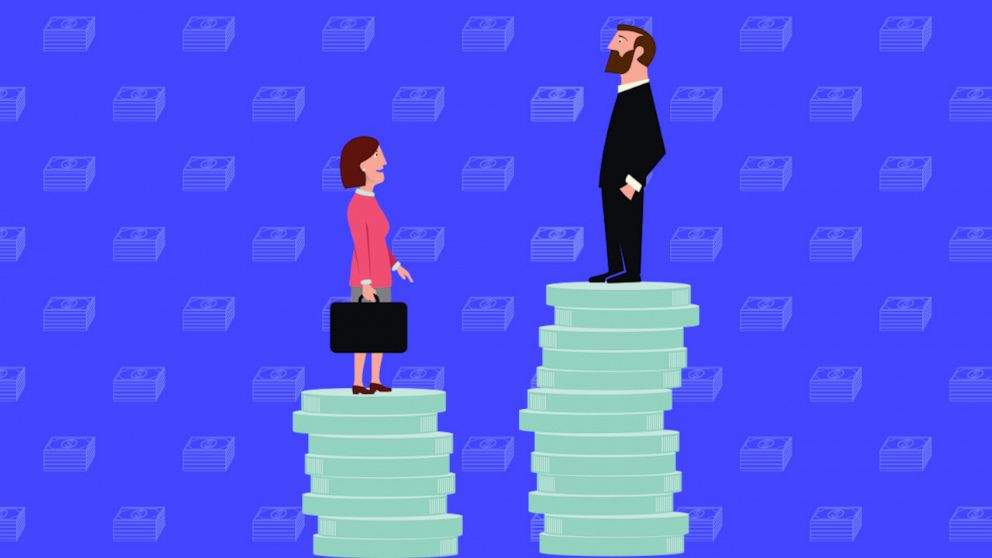 When women do not save and invest for their future, it costs them not only money but what Krawcheck calls "degrees of freedom."

(MORE: Why you should start a money club with your friends)

The good news for women is that they have more options and hold more power to help close the gender savings gap, particularly investing, experts have said.

"The reason I'm hopeful about the investing gap is because we control that ourselves," Krawcheck said. "We don't have to go to our boss and make the case for why we should invest. We just do it."

The other good news for women is that when they do invest, some research shows they often outperform men.

"I don't love making investing a gender conversation because [women] don't have to behave differently. It's not different," said Erin Lowry, founder of Broke Millennial. "Studies have shown women tend to be better investors when they take the opportunities."

(MORE: We asked Girlboss panelists for the top career mistakes women make and how to avoid them)

The theory that women are more risk-averse than men when it comes to investing is also a myth, according to Krawcheck.

Added Ashley Gerstley, a former investment banker who founded The Fiscal Femme, "In my work, I find there's a huge interest among women but they don't know where to start or who to trust. We're worried about being prepared enough and worried about losing money."

Here are four ways, both big and small, women can do their part to close the gender savings gap.

That is literally the first thing you have to do: get started.

"Just start and learn as you go because that's how you learn best," said Gerstley. "You can read about it forever."

For example, dive in by buying one share of the S&P 500 -- a stock market index that tracks 500 of the largest and most established companies -- which costs around $250, according to Gerstley.

"Put aside that small pool of money to learn," she said. "You can just do that on your own, no adviser needed."

Krawcheck recommends finding a fiduciary -- a financial services or investing firm that is legally obligated to put your interests ahead of their own -- and getting started in a diversified investment portfolio.

"If you're nervous, start with $1 and then keep adding a little bit out of every paycheck," she said. "Just get started."

2. Create a money mantra for yourself

It may sound silly, but you believe what you tell yourself.

If you always say, "Oh I'm just bad at numbers so I'm bad at money," then the result will be that you do nothing about your finances or ask other people what you should do, according to Gerstley.

These are the four words Gerstley recommends you repeat to yourself, especially as you make financial decisions: "I am financially savvy."

3. Invest in your retirement

You may be investing right now and not even know it, according to Lowry, also the author of "Broke Millennial Takes On Investing: A Beginner's Guide to Leveling Up Your Money."

"If you're putting money away [in savings], you're investing in your retirement," she said. "A lot of people don't think of it that way."

Women, especially, are more likely to talk with their friends about sex than about money, Krawcheck said, based on what she has observed over the course of her career.

When women open the money dialogue, they'll get better results and they will set up future generations of women to not face money stigmas.

"Women often ask me, 'What should I tell my daughter about money and investing?'" Krawcheck said. "My answer always is it doesn't matter what you tell her, it's what you show her."

"If you show her that on a Saturday afternoon you are checking your brokerage statement or you are checking the asset allocation in your 401(k), then that will make a big impression on her," she said. "Talk about money with your friends, your families, your spouse."