A little girl with a big heart is ensuring none of her classmates will ever go hungry by collecting jars of her favorite food combination, peanut butter and jelly.

Eva Chapman has donated 1,033 pieces of PB&J to nine schools including her own. Strangers as far as Canada have donated jars to the 6-year-old's cause.

"It's just been such a wonderful outpouring of support," mom Nicole Chapman of Florida told "Good Morning America." "For whatever reason, this really just touched people and moved them. I'm very proud of her. She has a huge heart." 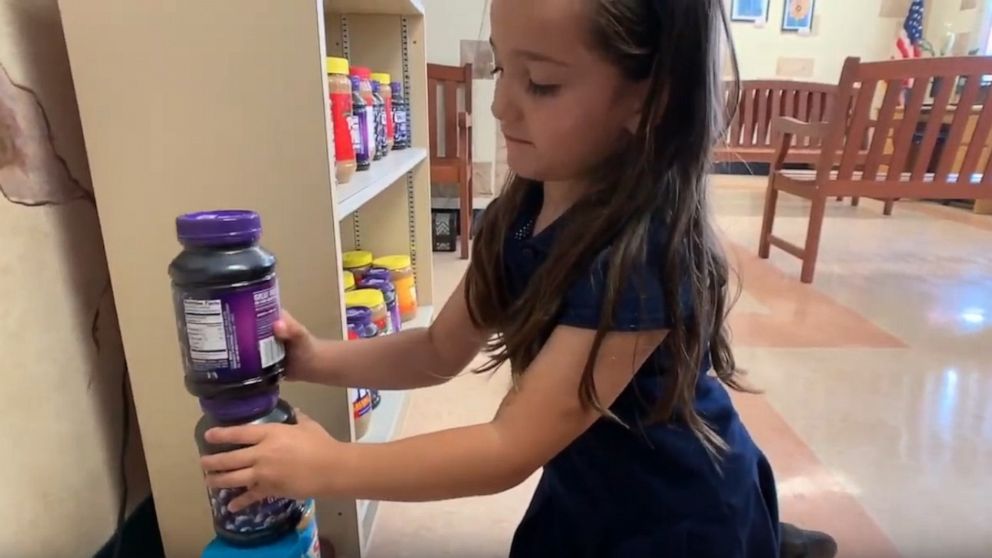 Eva, a soon-to-be first grader at Spruce Creek Elementary School in Port Orange, launched her project in mid-April. Eva told her mom she wanted to have a food drive after learning a fellow classmate might not have enough to eat at home.

"She got fixated on [another child] she went to school with," Chapman said. "It became apparent to me that [the child] didn't have a great home life. My advice to her was, 'Go ahead and love from afar because they don't have everything you have."

Nicole Chapman
Eva Chapman, a Florida student entering first grade, has collected over 1,000 jars of peanut butter and jelly for her fellow classmates.

Chapman said her daughter's school offers free and reduced hot lunch to students whose families struggle financially. Eva knows this, but wondered what those kids have to eat when they're at home.

So with the help of her mom, Eva launched a kid-friendly food drive where in true 6-year-old fashion, she aimed to gather a whopping 10 million jars of PB&J. 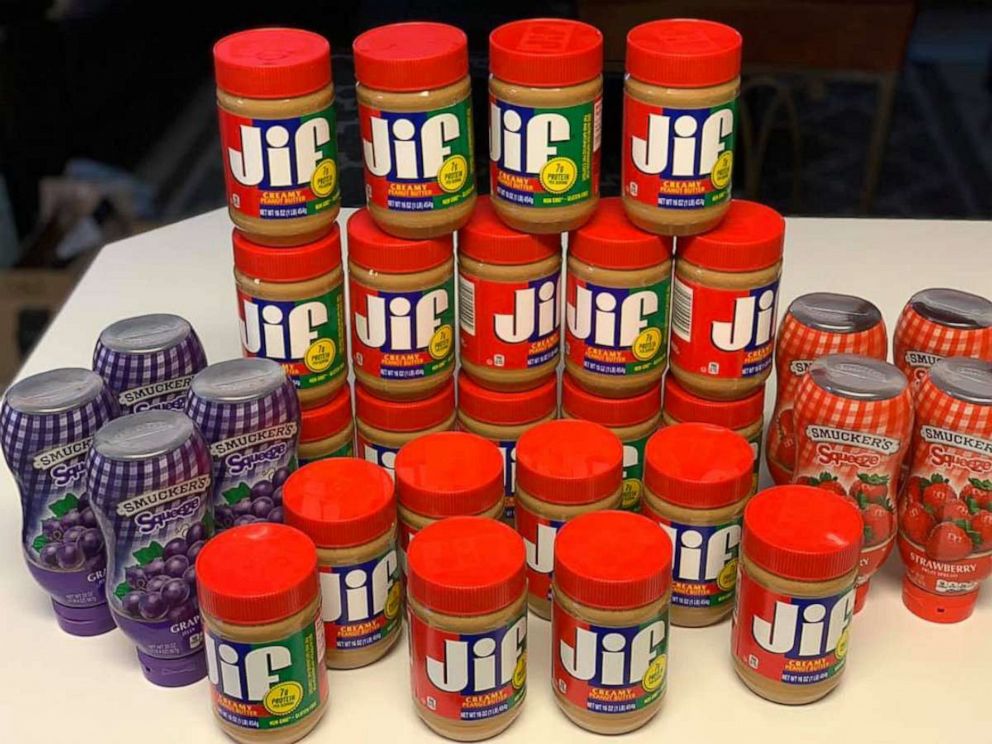 Nicole Chapman
Eva Chapman, a Florida student entering first grade, has collected over 1,000 jars of peanut butter and jelly, and had 200 jars left over for her school's food pantry.

While she hasn't reached her overly ambitious goal, mom said Eva is thrilled with the outcome. 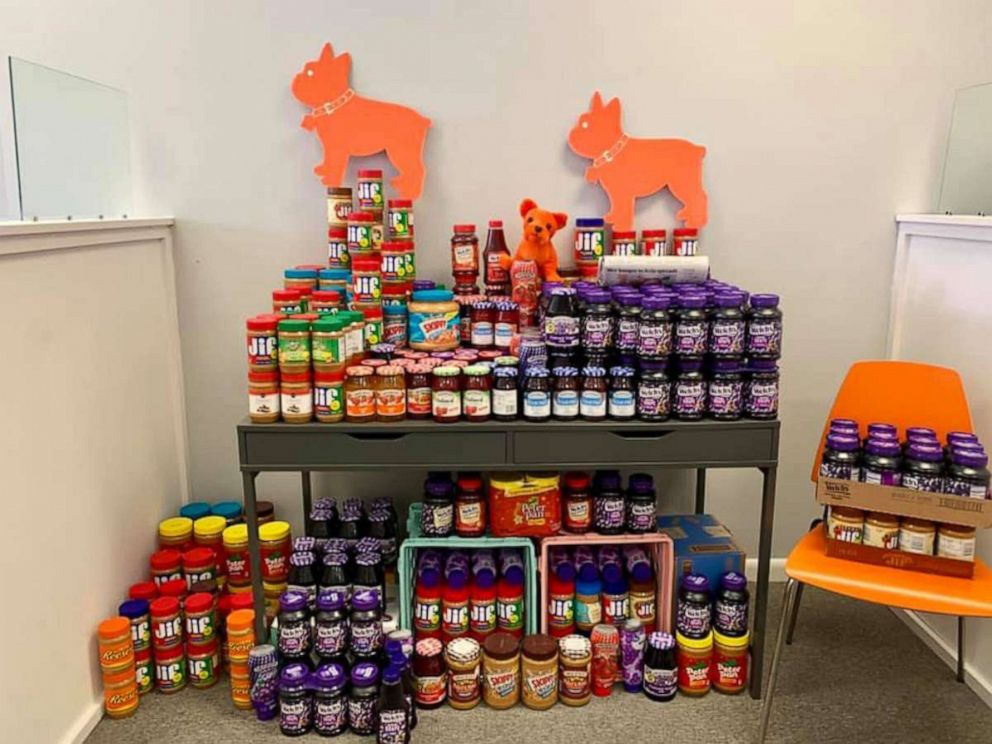 Nicole Chapman
Eva Chapman, 6, is ensuring none of her classmates will ever go hungry by collecting peanut butter and jelly jars.

Eva's PB&J campaign has been featured on local news and in turn, inspired spin-off projects in nearby schools.

"Other parents, other students, other schools and even other districts I'm hearing, students are following her lead and wanting to impact other students in a positive way and make sure that no kids go hungry over the summer break," said Spruce Creek's principal Andrea Hall. 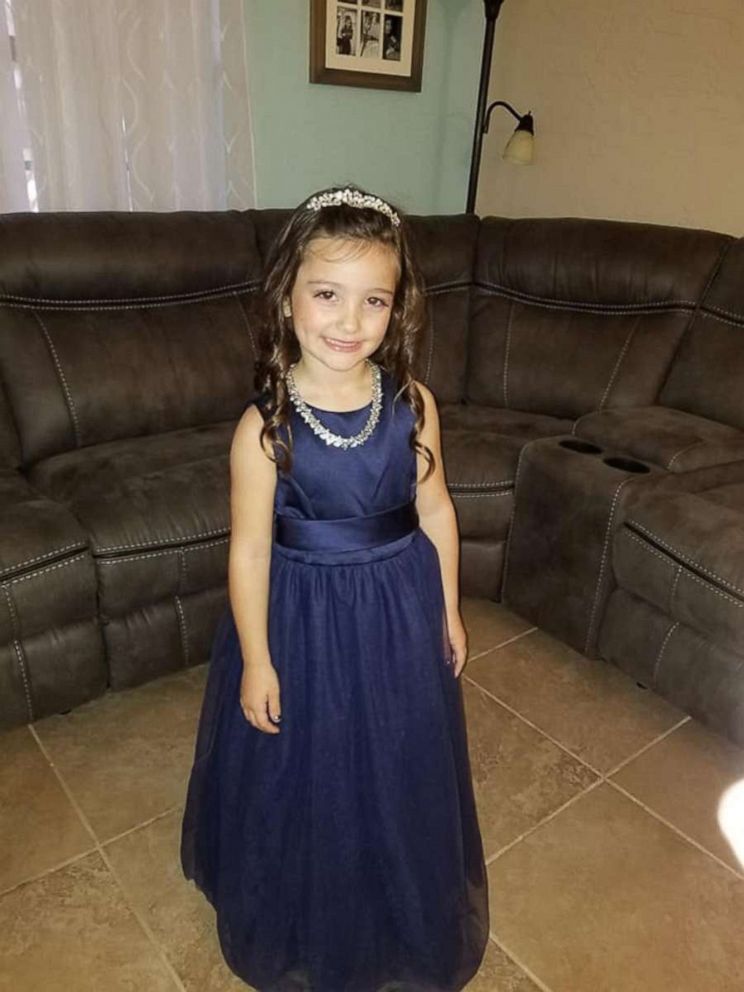 Nicole Chapman
Eva Chapman, 6, shown in this undated photo, has donated peanut butter and jelly to nine Florida schools including her own. 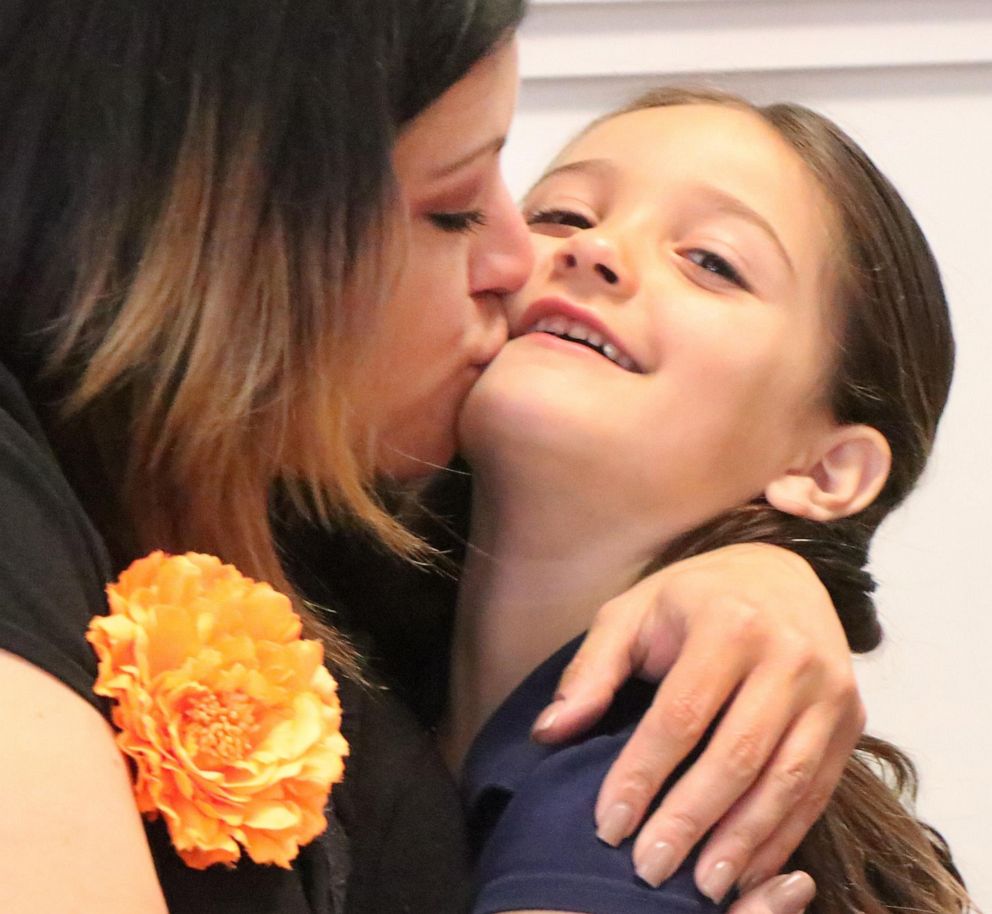 Chapman said Eva is very thankful to those who contributed to her cause.

"It's quantifiable to her at this young age when she sees all the jars come and go from our house, from my office," Chapman added. "She can feel that sense of pride and accomplishment and I think more than anything else, she's happy that she was able to help other kids." 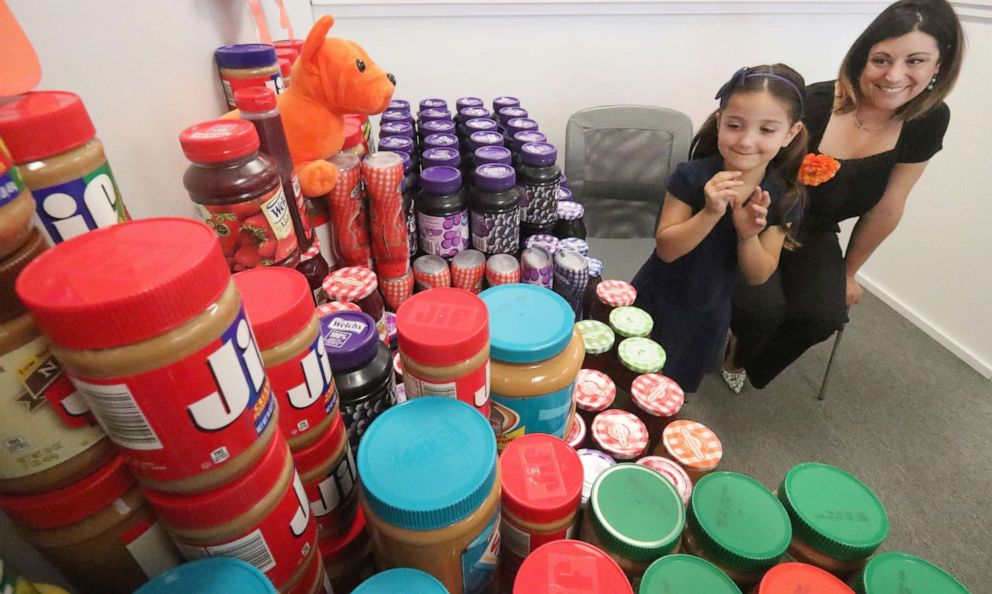 News-Journal/David Tucker
Eva Chapman, a six year old Spruce Creek Elementary kindergartener and her mom Nicole Chapman look at the hundred or more jars of peanut butter and jelly Eva collected for a food drive, May 13, 2019 so kids won’t go hungry over the summer.

The Chapmans have been advertising Eva's PB&J drive in the Facebook group Gabriella’s Light, where they promote an annual diaper drive in memory of their still born daughter. 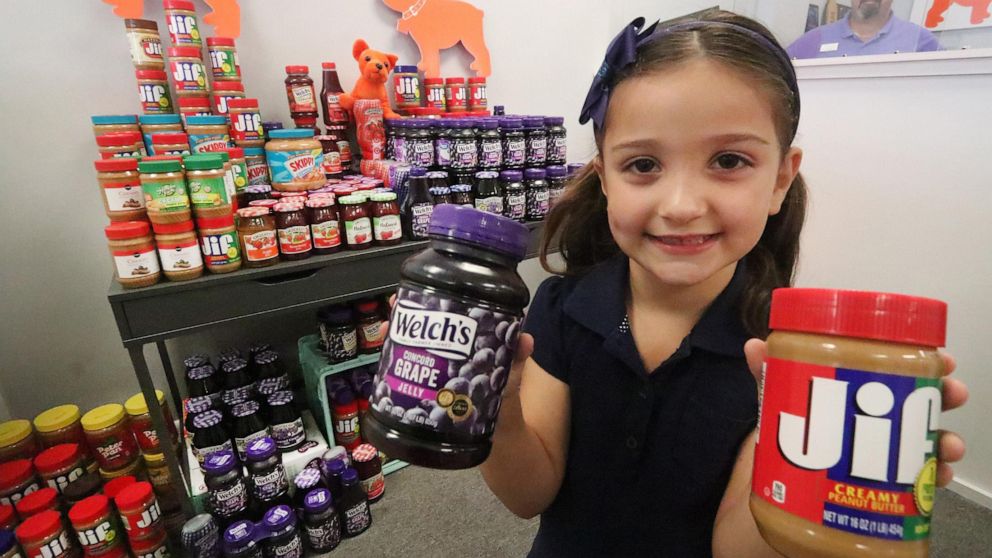 News-Journal/David Tucker
Eva Chapman, a six year old Spruce Creek Elementary kindergartener, holds a couple of the hundred or more jars of peanut butter and jelly she collected for a food drive, May 13, 2019 so kids won’t go hungry over the summer.

Eva's school was able to start a food pantry with some of the jars she collected.