If you’re wondering what the kids are up to these days, look no further than TikTok -- a greatest hits for user-generated content in less than 15-second snippets.

It’s a popular app among young people where they post fun videos of themselves doing dance routines, acting out awkward scenarios and even singing to some tunes.

But recently the app has been attracting a much younger crowd.

(MORE: Coupon queen: How one woman is using TikTok to share tips on couponing)

According to Rick Floyd, an informational security officer in Greenville, South Carolina, the app has been extremely popular with elementary school students.

Floyd, who teaches kids about safe online practices, recently asked a classroom of fourth graders about how many of them use TikTok and almost a quarter of the 9-year-olds in the room raised their hands.

And he said that kids can get exposed to content darker than your average, funny TikTok video, and that kids are posting and watching suggestive videos, mature discussions, violence and profanity.

"I’m seeing language that is very inappropriate," Floyd told "Good Morning America." "Some of the videos, the way the kids are dressing is inappropriate. And that’s what our younger kids are seeing."

When ABC News scrolled through TikTok’s content, videos were found of teens talking about buying condoms, lying to their parents, sex with teachers, alcohol and drugs. The videos that rose to the top of the popular feeds featured buxom teens in bikinis and crop tops.

(MORE: Millennial doctor uses TikTok to warn kids about vaping -- and they're listening)

"You might not see anything objectionable, but there is a lot of profanity in the music," Christine Elgersma, senior editor for Parent Education, told "GMA." "There is some partial nudity. There’s a lot of provocative dancing. And contact with strangers really makes it better for older teens." 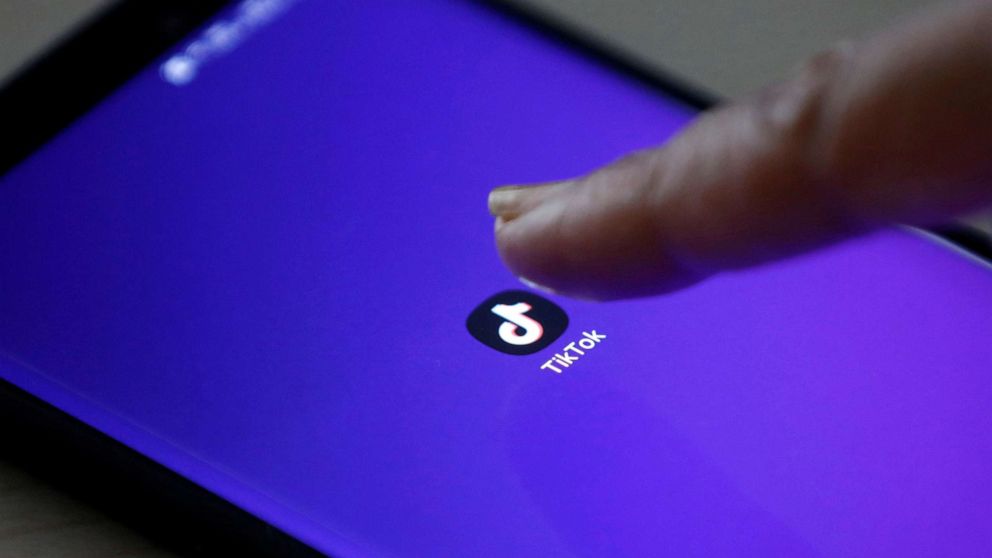 Danish Siddiqui/Reuters/Illustration/FILE
The logo of TikTok application is seen on a mobile phone screen in this picture illustration taken Feb. 21, 2019.

When Elgersma showed the TikTok videos to three parents in the California Bay Area, they were shocked.

After seeing videos of potentially dangerous pranks and R-rated language produced by kids on the app, it was hard for them to digest.

"It’s shocking how these kids expose themselves to be liked or disliked," said Gabriella Harding.

Megan Jenest, another mother who saw a video with suggestive comments about a young girl’s body, said, "It’s pretty disturbing seeing videos that young women are posting up on social media. And then the horrible negative comments."

While these videos exist on the app and much younger kids are getting a hold of it, TikTok told "GMA" that its top priority is promoting a safe and positive app environment.

"If your teen sees anything that they believe violates our community guidelines, they can report content or a profile directly within the app," TikTok said in a statement.

(MORE: TikTok says it won't allow any political ads on its platform)

TikTok also highlighted public resources within the app to help safeguard against inappropriate content including safety videos, a parental guide and parental controls with its terms of service stipulating that it can only be used by children under 18 with parent’s consent.

TikTok also pointed out that there are parental controls which allows parents to limit the time on the app, which is intended to limit adult content.

It’s also made a version for kids under 13 years old, where they can’t post videos or see comments, and also has a curated selection of age-appropriate videos. However, inappropriate lyrics with expletives still appeared in the feed.

Despite TikTok‘s terms of service, no parental consent verification is required when signing up for the app. The advice from school safety officers we spoke with and Common Sense Media is for parents to download and use the app before allowing children to use it.