A 14-year-old girl battling leukemia was reunited Wednesday with her mom who was initially blocked from entering the U.S. from Mexico to be with her daughter during her treatment.

Ixcell Sandoval Perez was deemed well enough by her doctors at Duke University Medical Center in Durham, North Carolina, to travel to a local airport to greet her mother, Dalia Lorenza Perez, in person.

Dalia Lorenza Perez flew from California to North Carolina after being granted a temporary humanitarian waiver. 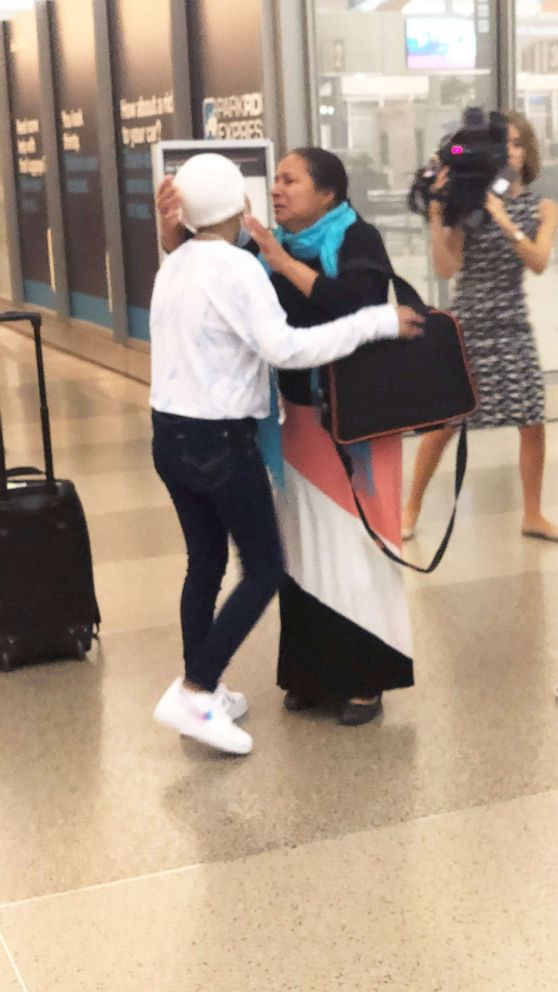 Rev. Carla Gregg-Kearns
Ixcell Perez, 14, was reunited in North Carolina with her mom Dalia Lorenza Perez who lives in Mexico.

She was able to fly to see her daughter thanks to a nonprofit organization, Miles4Migrants, that coordinated Perez's trip. A person in San Francisco donated frequent flier miles for Perez to use, according to ABC station WTVD.

A mothers embrace with her daughter. Ixcell and dalia together again. #ABC11 pic.twitter.com/8b2lSleo1b

The hug between the mother and daughter marked the latest turn in a months-long battle, led by Solidarity Now, an immigration rights advocacy group, to allow Perez to be with her daughter while she is treated for relapsed leukemia.

Ixcell was born in North Carolina but returned to Mexico around nine years ago with her family, according to Cole Miller, founding director of Solidarity Now.

She was diagnosed with leukemia last year and was treated in Tapachula, Chiapas, where her family lives, Miller told "GMA" earlier this week.

When her leukemia relapsed earlier this summer, Ixcell and her mom traveled four days by bus to the border crossing at Tijuana, Mexico, in hopes of being allowed into the U.S. for treatment. 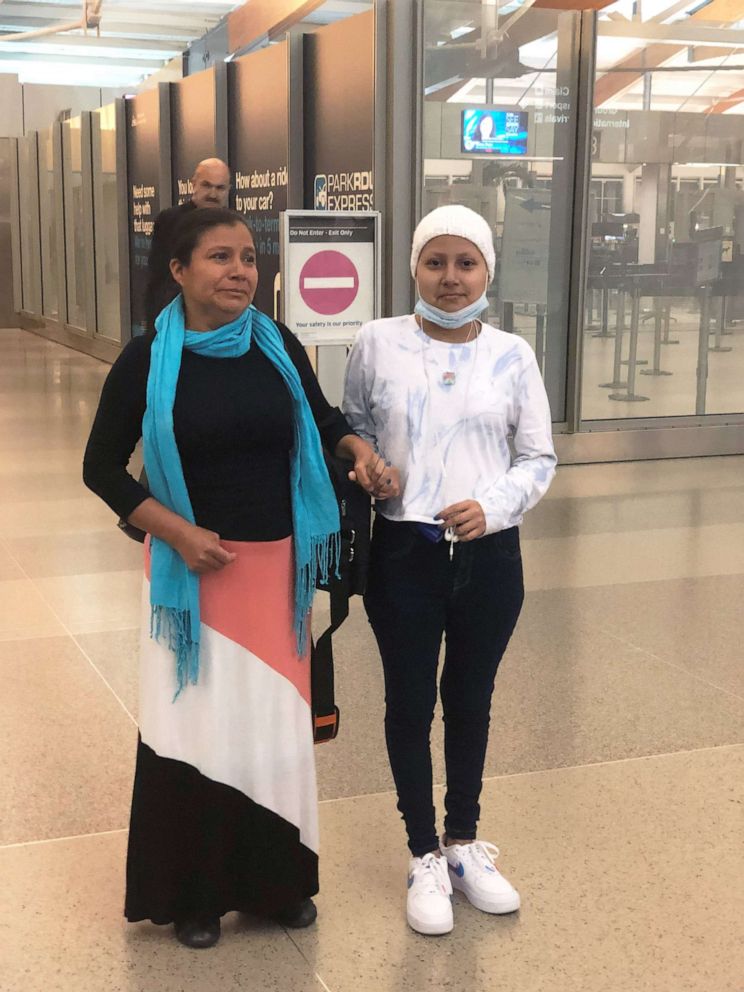 Rev. Carla Gregg-Kearns
Ixcell Perez, 14, was reunited in North Carolina with her mom Dalia Lorenza Perez who lives in Mexico.

In a video shared by Solidarity Now, Perez described being held with her daughter by border officials in a small room overnight before being turned away from entering the U.S.

"I made a declaration and they asked me if I was seeking political asylum, if someone was trying to kill or persecute me," she said. "I said, ‘No, the only reason I want to enter the United States is my daughter’s illness. She has leukemia and I brought all the papers.'"

Soon after Ixcell and her mom were denied entry, a relative who is a legal, permanent resident in the U.S. traveled to the border and was able to help Ixcell legally cross into the U.S., according to Miller.

Ixcell then began treatment for relapsed leukemia at Duke University Medical Center, while legal aid and immigration advocacy groups tried to get humanitarian parole for Perez, which would allow her to be in the U.S. temporarily.

Perez was previously denied a U.S. non-immigrant Visa due to "past immigration violations resulting in a 10-year ban on re-entering the United States," U.S. Customs and Border Protection (CBP) said in a statement to "GMA" Wednesday.

The agency noted that it granted Perez a temporary humanitarian waiver "after careful consideration." CBP did not say how long Perez will be allowed to stay in the U.S.

Before Perez was granted access, strangers from two local churches rallied to be by Ixcell’s side.

(MORE: Professors design see-saws for US-Mexico border to allow children to play together)

The churches provided a steady stream of visitors, including bilingual speakers for Ixcell, who only speaks Spanish. They also brought her food, cards and gifts like books and crafts to keep her occupied.

"I think it’s very clear how desperately she wants her mom to be with her," said Rev. Carla Gregg-Kearns, pastor of Good Shepherd United Church of Christ in Cary, North Carolina, who has visited Ixcell twice in the hospital. "That is really an emotionally overwhelming experience, to go through this sort of grave illness without the support of a parent." 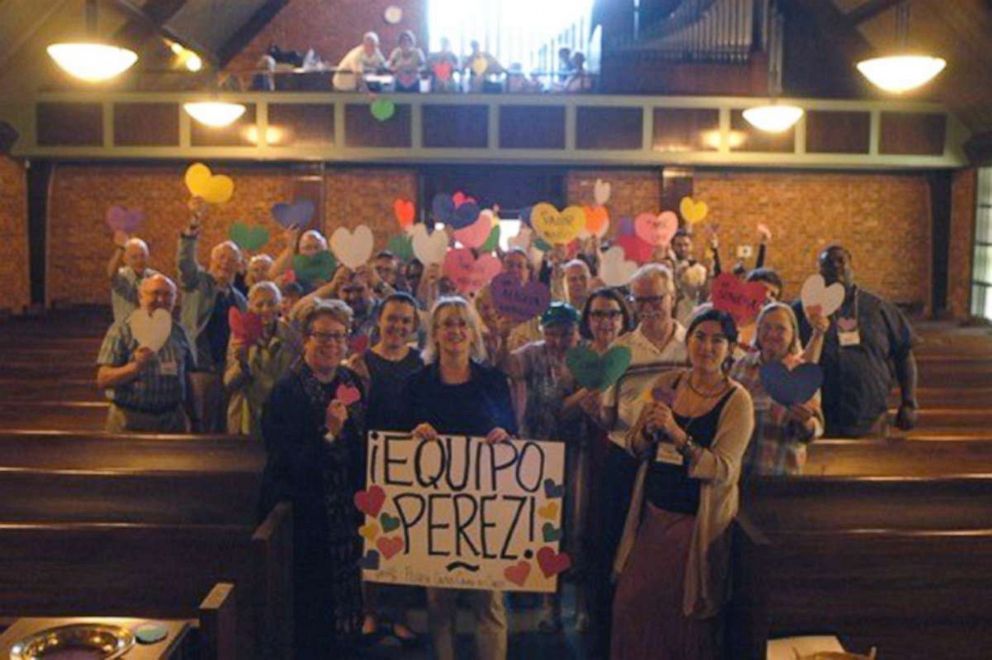 Gregg-Kearns' congregation and another church in Durham also worked behind the scenes on Ixcell's behalf, reaching out to their local congressman, Rep. David Price, for help. He sent a letter of support to the Department of Homeland Security on July 23, 2019.

"You need look no further than the situation of 14-year-old Ixcell Perez, a U.S. citizen in Raleigh battling leukemia while separated from her mother in Mexico, to see that our immigration system is broken," Price told "GMA" in a statement before CBP granted Perez a waiver. "In this heartbreaking case, I have asked immigration officials to use discretionary tools at their disposal -- such as waivers and emergency humanitarian parole -- to end this unnecessary suffering and reunite mother and daughter during cancer treatment."

"Again, I want to stress that Ixcell has a relapsed cancer, which is life-threatening and requires very intensive therapy," Dr. Michael Deel wrote in the letter, shared with "GMA" by Solidarity Now. "She is currently in the hospital with very low infection-fighting cells and fevers that is required broad-spectrum antibiotics and support."

"While I am hopeful that she will recover from this acute event, she will absolutely have medical complications like this in the months ahead," he wrote. "For Ixcell's physical, mental and emotional well-being, I sincerely urge you to grant humanitarian parole for her mother."

Deel's request for humanitarian parole for Perez was denied on June 24, according to a notation on the letter. 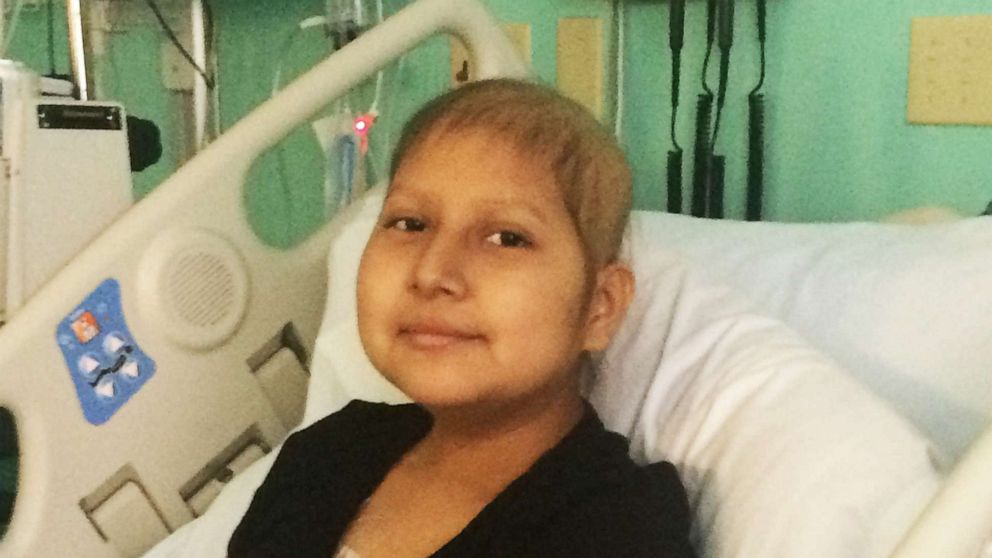 Ixcell also spoke out about her mom amid the appeal to allow her into the U.S.

"This is about my mother. I want her to come here to take care of me because I need her," she said in the video shared by Solidarity Now. "It’s not easy to be here without her."