By Elisa Tang, Will Linendoll
Share —
Sign up for our newsletters to get GMA delivered to your inbox every morning!

With the 2018 midterm election just days away on Tuesday, Nov. 6, all eyes are on young voters, with everyone asking -- if they will or won't come out to the polls?

Young voters are now the majority of voting-eligible adults in the U.S., according to a Pew Research study, but historically millennials don't come out to the polls. In 2014, turnout among voters ages 18 to 29 was around 20 percent, according to the Current Population Survey from the Census Bureau. That's the lowest turnout for a midterm election in the past 10 years.

But this year, there may be a higher chance of voter turnout among young people, according to an analysis by FiveThirtyEight, which looked at the Harvard Kennedy School’s Institute of Politics' spring 2018 poll. Thirty-seven percent of adults 18 to 29 said they would "definitely" vote, a record high response.

(MORE):These college students can't vote, but they're dedicated to getting others to the polls)
(MORE: Everything you need to know about the 2018 midterm elections) 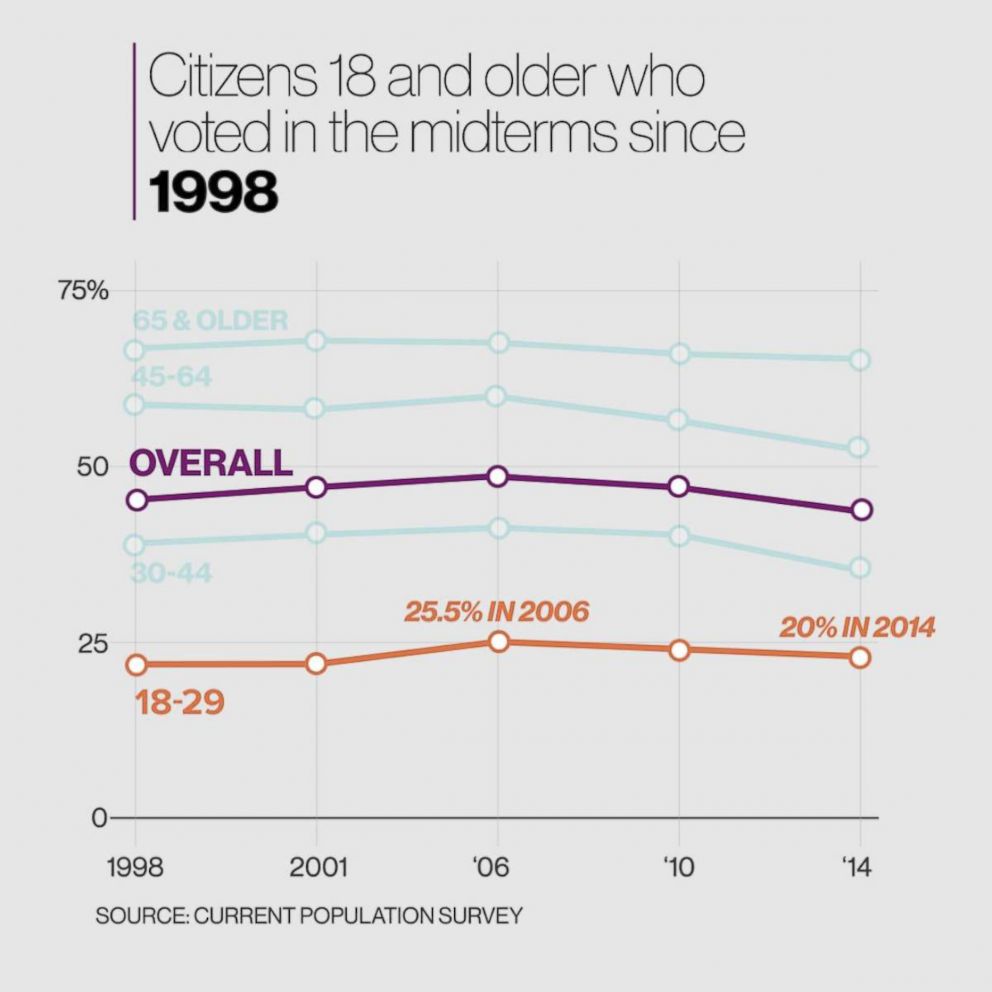 Why the historic low voter turnout among young people?

"There's not necessarily the sense that when you show up, your vote does get counted, even if you place that vote," Dr. Elizabeth Bishop, assistant professor of youth studies at the City University of New York School of Professional Studies, explained to "Good Morning America."

One of Bishop's graduate students at CUNY, Elisabeth Bernard, shared that often in minority communities, young people don't feel compelled to vote because they don't think the election will impact them.

"I’m from Brownsville Brooklyn, which is a very tough neighborhood. Lacks resources, lacks a whole lot,” said Bernard. “So a lot of the young people and even millennials in my neighborhood feel as though voting does not make a difference and it does not impact our neighborhoods, specifically because the resources that were in our community failed over and over.”

(MORE: Why it Matters: Parkland shooting survivors on what's driving them to vote)

In the months leading up to this election, social media has played a major role in galvanizing young people and fueling conversations about political issues that millennials care about, from Black Lives Matter to gun reform advocacy led by the student shooting survivors from Parkland, Florida around the March For Our Lives.

"Although millennials might have been historically disillusioned over the past few decades, you're seeing a real re-centering of human-centered politics," Bishop said. "A lot of millennials stand on the side of Black Lives Matter, love is love, and you shouldn't work a full-time job and live in poverty, and climate change matters." 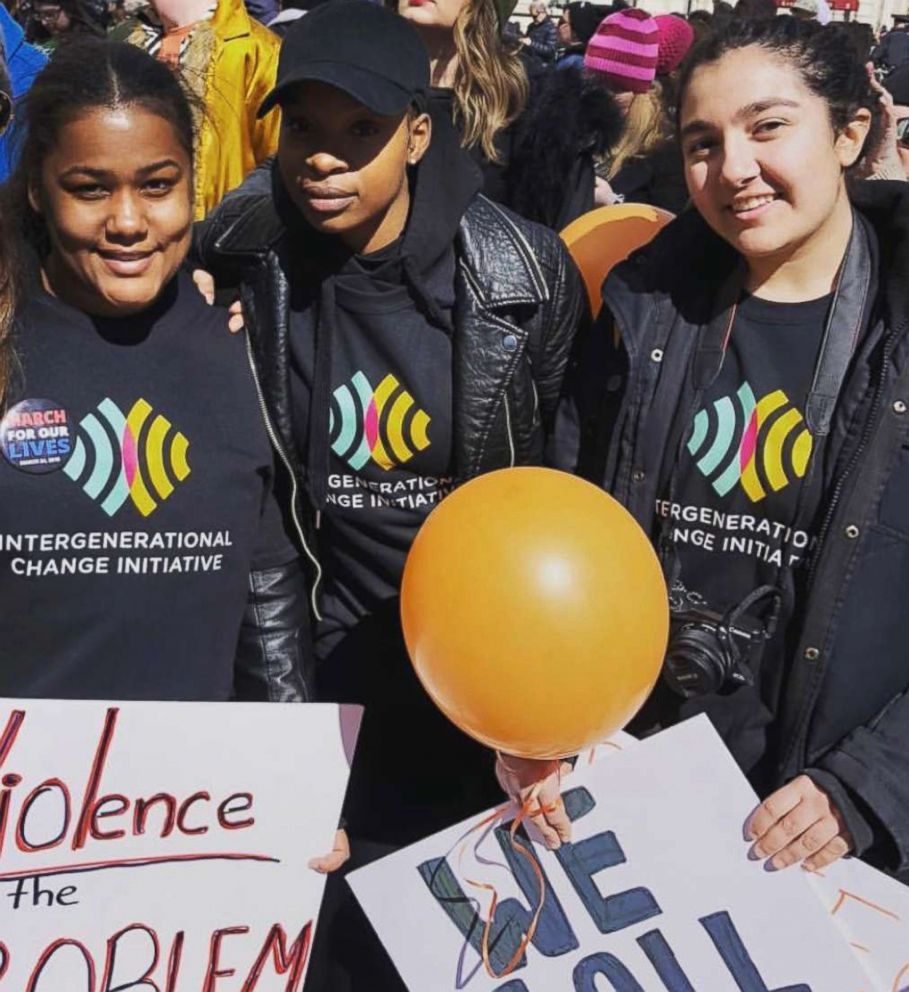 "These are things that aren't going to go away," she continued.

Organizations that are making voting cool

As more young people step into activism, non-partisan organizations like Rock the Vote, 18by.vote and HeadCount have been directing their efforts toward new ways to help young people feel more informed and empowered to hit the polls this year. 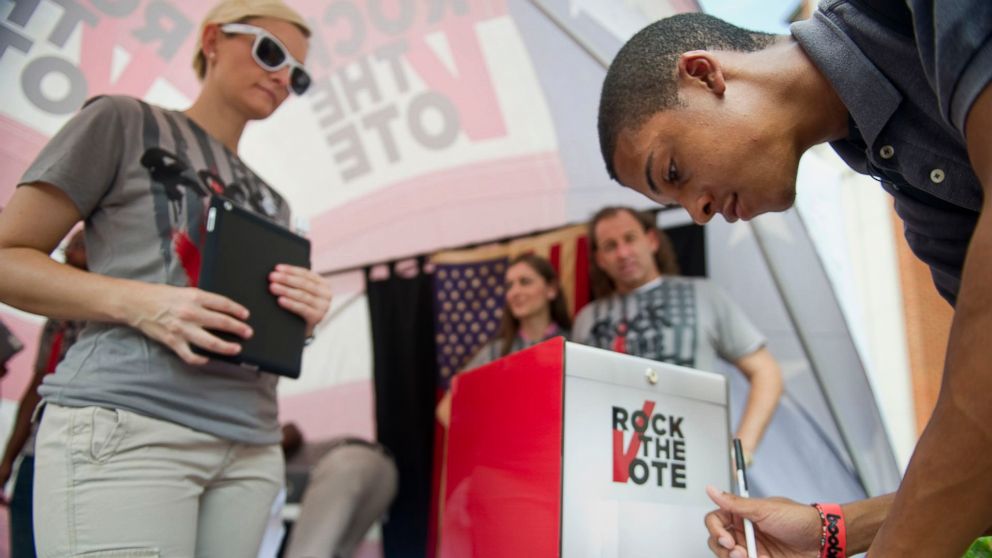 As a result of the censorship of hip-hop and rap music in the 1990s, music executives founded Rock the Vote, the first national organization to help build the political power of young people. Since then, the organization has hosted concerts and star-powered events with celebrities like Madonna and Mark Ruffalo to reach young people.

The organization's strategies to encourage young voters have evolved into an entire digital media campaign.

"For young people, this is a completely new process, and so actually walking them through the process is something that Rock the Vote does," Carolyn DeWitt, president and executive director of Rock the Vote told "GMA."

"On our text messaging program, we are actually seeing engagement rates nearly 4,000 percent higher than previous years, and then our email program alone has had over 700 percent increase," she said. "When they receive communications from us for ‘Get out the Vote’ messaging, it usually links to a resource or information that they need, and that means that they are actually clicking on those resources and digesting that information." 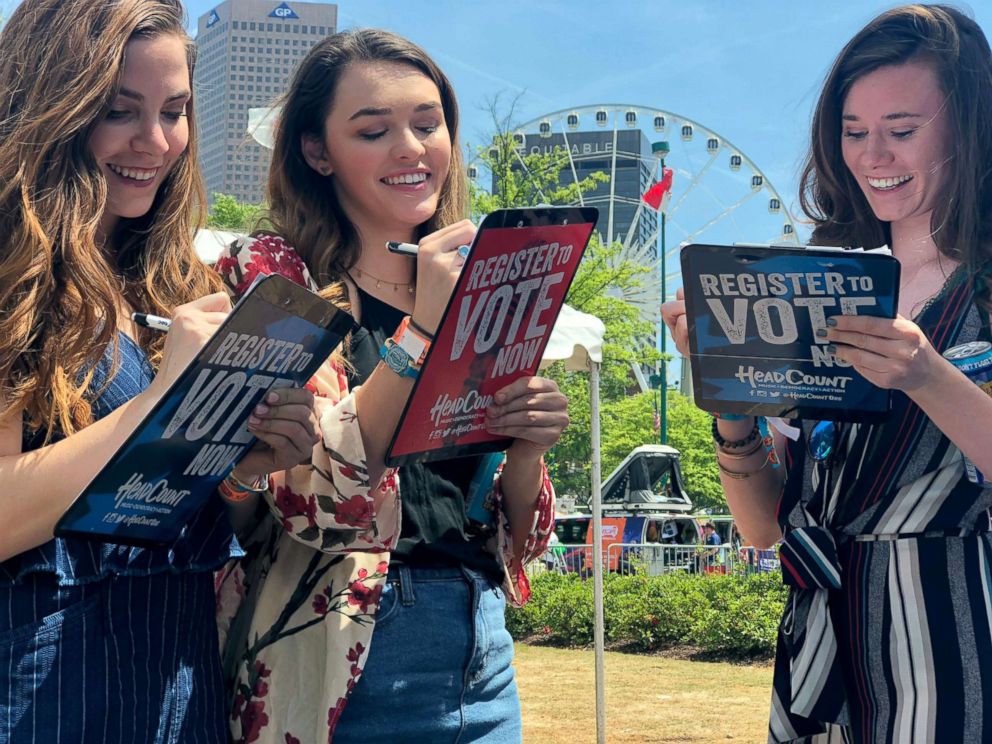 HeadCount
Attendees at a HeadCount event where young people were encouraged to vote.

Like Rock the Vote, HeadCount was started during another politically active time for young voters: the 2004 presidential election.

Andy Bernstein said that he created the organization, because he wanted to take action, and what better way to connect with his peers than through music?

HeadCount has worked with musicians from The Grateful Dead to John Mayer to help register voters. This year alone, HeadCount joined some of the most popular music festivals including, Bonaroo, Lolapolaza, and Vans Warped tour.

"So many people are like 'I've never voted in a midterm election, but I absolutely am going to vote this year,’" Bernstein shared with "GMA."

The organization also focuses on reaching minority communities who might be more vulnerable to voter suppression.

"When I've gone to communities of color, it's always like 'Oh, this is the first time we have someone here who cares to register us to vote," said Jackie Lopez, the diversity and inclusion fellow at Headcount. She said that in reaching out to these neglected communities, it's crucial to let them know that "federal and local elections can definitely be impactful for their communities." 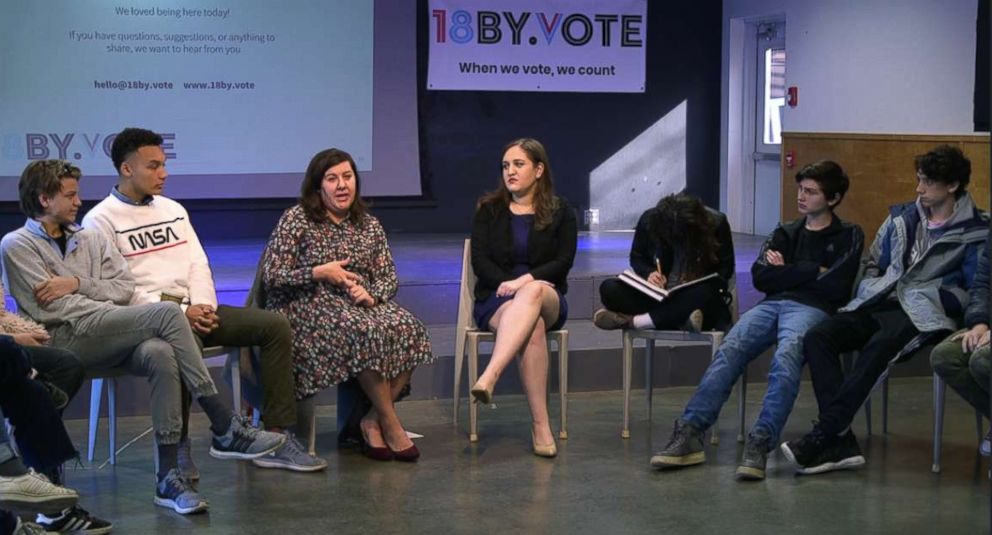 "In our society, we don't necessarily make the connection with 18 as this pivotal year to take a part in your democracy," Jazmin Kay, a senior at The George Washington University and executive director of 18by.vote told "GMA."

The organization, designed as a "community model," travels to schools across the country to work directly with young people.

"Young people are not the future. They are the present moment."

One place that Kay visited with 18by.vote was the Girls Athletic Leadership School in Denver where she met with young students to talk about voting.

"I was in a predominately Latino community and they said voting wasn't really something they talked about with their families," Kay said. "It wasn't something they were learning in their schools, so there's this great need to have organizations like 18by.vote, but also, more young people and youth ambassadors that can talk to their peers about it."

"Young people are not the future. They are the present moment," said Kay. "Everything in Washington and your local communities affects that, so people need to figure out what it is that they care about and then take action."

Dr. Bishop said that while young voters are more engaged than ever this year, people also need to review the obstacles that millennials face between voter registration and the actual election.

"The desire to get to the polls certainly exists," Bishop told "GMA." "When we talk about whether people show up, we have to talk about barriers, analysis, and the reasons and ways in which they are not always able to access those polls."

These barriers can include anything from getting your voter registration in on time, easy access to your polling site, and enough time to get there on Election Day.

"I asked my students if they vote and if not, why not," Bishop said. "If they did, frequently they had to lobby their employers to let them leave early. One student told me about getting an Uber to get to her poll in time, to pick up her child from daycare, so she was calculating the actual costs to freely vote."

Bishop said that often millennials are moving for work or school while trying to pay off student loan debt, so to be able to get to the polls easily is crucial. Her students have also expressed the need for students to learn more about civic engagement in schools.

"We first get introduced to voting in terms of like, when women gain the right to vote, and when African-Americans gain the right to vote," said Sully Diaz, a graduate student in CUNY's youth studies program. "I think a lot of it has been milestones in voting, and not necessarily how, and the power behind what voting can do for the presidential or midterm election."