When Tara Foley was planning her much-anticipated wedding in Austin, Texas, she knew that a treasured member of her family would be missing: her Nana.

While Stasia Foley had told her nurses that she wanted to attend her granddaughter's wedding ceremony, they'd sadly told her that she would not be able to make the trip on the plane because of her age and a weak heart. 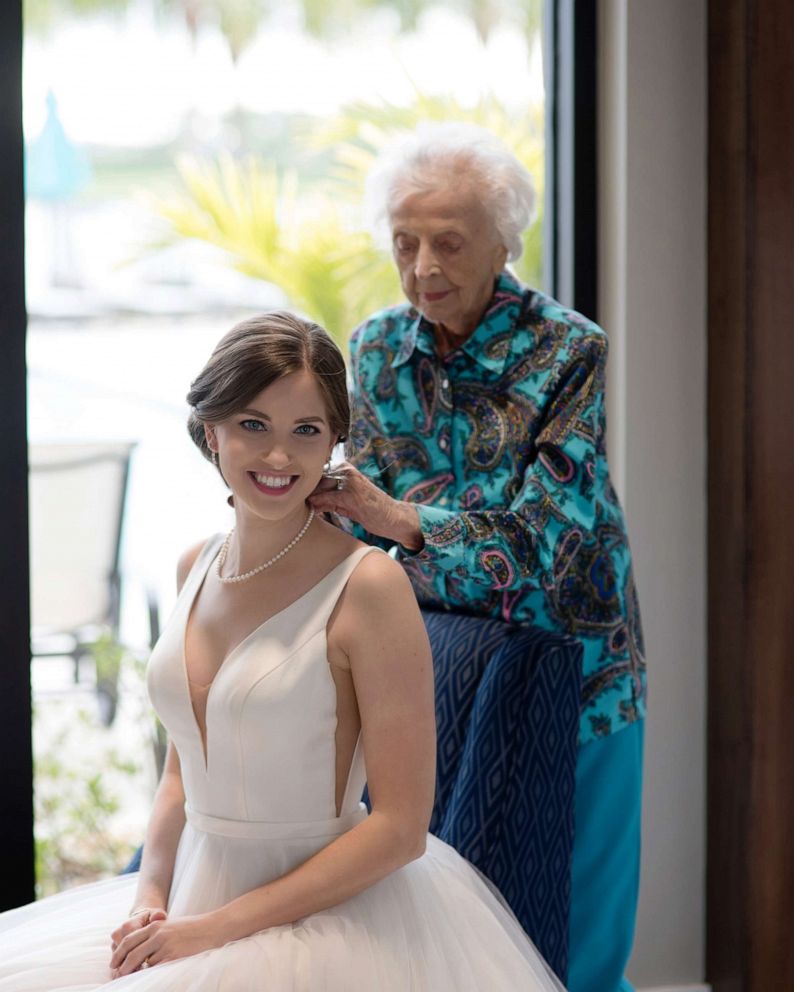 Red Door Photography
Tara Foley flew from Austin, Texas, to Florida to take professional wedding photographs with her 102-year-old Nana, Stasia Foley, because she could not make the trip due to her age and health.

It was disappointing news because the two women shared a special bond.

Tara Foley, who was Stasia Foley's only granddaughter, said that she'd lived through the Great Depression and worked while her husband fought in World War II.

"She saw Babe Ruth play in Yankee Stadium. She was just always very fascinating to me," Tara Foley told ABC News on Wednesday. "We lived close by. My whole family grew up in Connecticut so we got to see her regularly. ... When we moved to Texas, she always traveled...at least twice a year. She traveled to visit us here in Texas. So she was just always a very important person in my life. ... We definitely had a very special bond."

(MORE: Couple's cat steals the show as groomsman in his very own tuxedo at <a href="https://abcnews.go.com/alerts/weddings" id="_ap_link_wedding_Weddings_" target="_blank">wedding</a>)

Tara Foley knew that there was no way that her beloved Nana would be able to make her special day in June, so she decided to visit Nana in January.

"I knew that going to her was the next closest thing that I could do to make her wish come true," Tara Foley said.

But, she didn't come alone or empty-handed.

Though her dress hadn't undergone all of the necessary alterations, Tara Foley brought it along and donned it for Stasia Foley so that she could see her granddaughter in her wedding gown. Then, after some hair and makeup, both Tara and Stasia Foley took part in a professional photo shoot with Red Door Photography and MW Makeup Artistry in Fort Myers, Florida.

"I felt closer to her that day than ever before," Tara Foley said. "It was like we forgot the cameras were there and we just laughed and smiled at one another."

"Words cannot explain how much these moments mean to me and I will cherish these memories for the rest of my life. Her smile and her laugh are forever etched in my mind and the love between us will live in my heart. This was one of the greatest days of my life," Foley said in a Facebook post that has been shared at least 536,000 times. "She grabbed my cheeks with her hands, looked me straight in the eye and said, 'I love you very much.'" 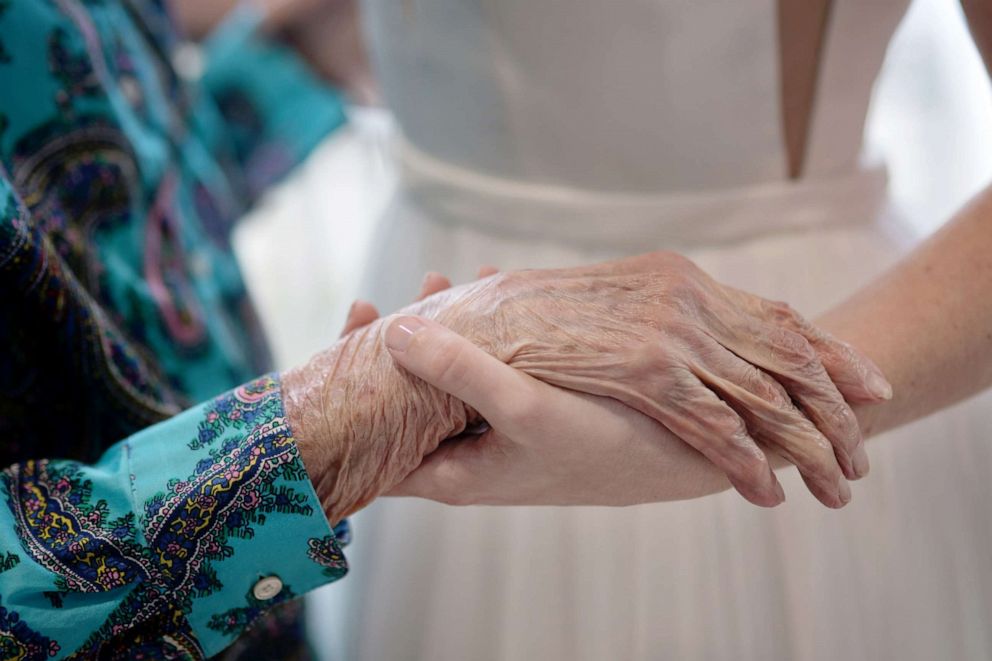 Red Door Photography
Tara Foley flew from Austin, Texas, to Florida to take professional wedding photographs with her 102-year-old Nana, Stasia Foley, because she could not make the trip due to her age and health.

Tara Foley said that she chose not to share her plans with her family or friends so that she could later surprise them all with the pictures. Stasia Foley passed away 27 days after the photoshoot.

"Although she was 102 and lived a very, very long, fulfilling life, it's not easy to lose anybody," Tara Foley told ABC News. "I was just always very blessed to have had her for so many years of my life."

In June, on the day of her wedding to Matthew Bars, Tara Foley shared the photographs with her family.

"They were in a state of shock and disbelief. ... They just started crying immediately. They were very overwhelmed with emotion and extremely surprised," she said. "It meant a lot to everybody."

Tara Foley said she gave one framed photograph to Stasia Foley's daughter and a second one to her parents.