Two toddlers in New York City are warming hearts all over Facebook after one dad posted a video of these two "besties."

Maxwell and Finnegan are inseparable, Michael Cisneros, Maxwell's father, told ABC News. The boys, who are 2 years old, have only known each other for about a year.

Cisneros said they are partners in crime. 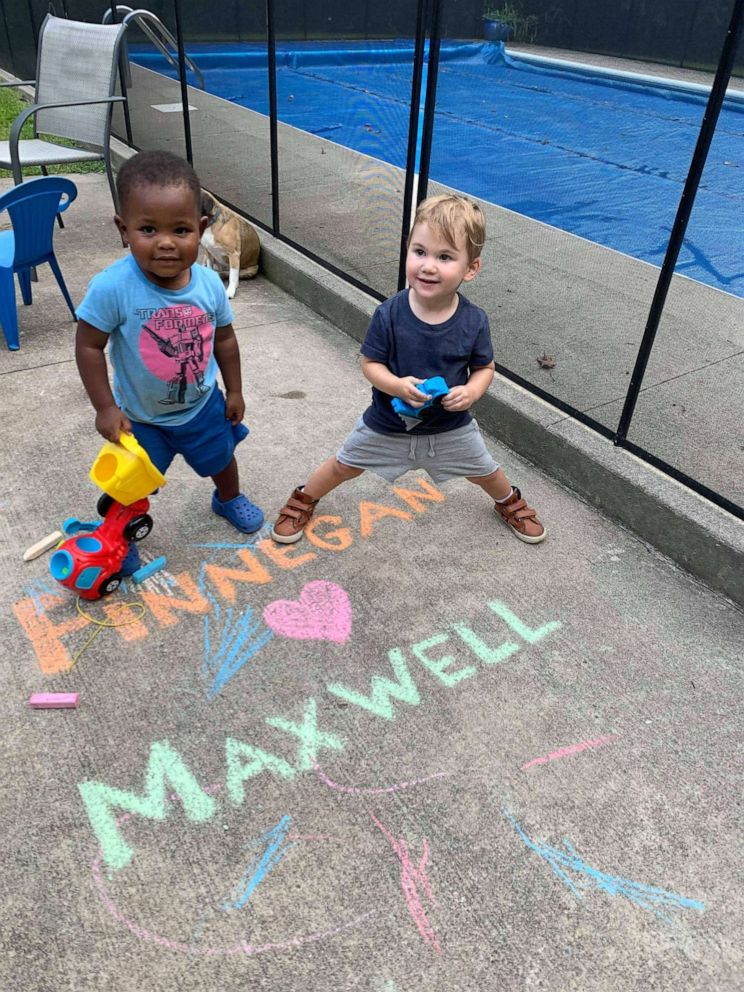 “When they are away from each other, they are always asking about one another,” he said. “They go to music class together, Dana Banana (a weekly music event) and they love to dance -- both are excellent dancers.”

(MORE: 3-year-old's adorable 'Toy Story' back-to-school photo is 'to infinity and beyond')

WATCH: Parents of toddlers in ‘racist baby’ Trump video are speaking out

3:22
The parents whose viral video of their toddler&rsquo;s hugging was co-opted by President Trump are investigating all legal options in regards to the unauthorized video.

Cisneros said the boys also play tennis with Finnegan’s parents, who bought them gear to use.

More than 3,000 people have seen the video of Maxwell and Finnegan hugging. The reaction from people on Facebook? Keep spreading the love.