The parents of Botham Jean, the innocent man shot to death in his own apartment by Amber Guyger, said that although they're proud of their youngest son for forgiving and hugging the former Dallas police officer, they want the now-convicted murderer to understand the consequences.

Bertrum and Allison Jean told ABC News that they were surprised by the remarkable act of mercy their 18-year-old son, Brandt, showed Guyger after she was sentenced to 10 years in prison on Wednesday, but said they hope Guyger spends her time in a Texas state prison reflecting on how her actions not only devastated their family but also their country of St. Lucia, their church and the city of Dallas.

"I think what we saw was a jury that came back with a verdict of guilty of murder. That is significant to me," Allison Jean told ABC News. "No matter how long she serves that sentence, she has a record that she is a murderer." 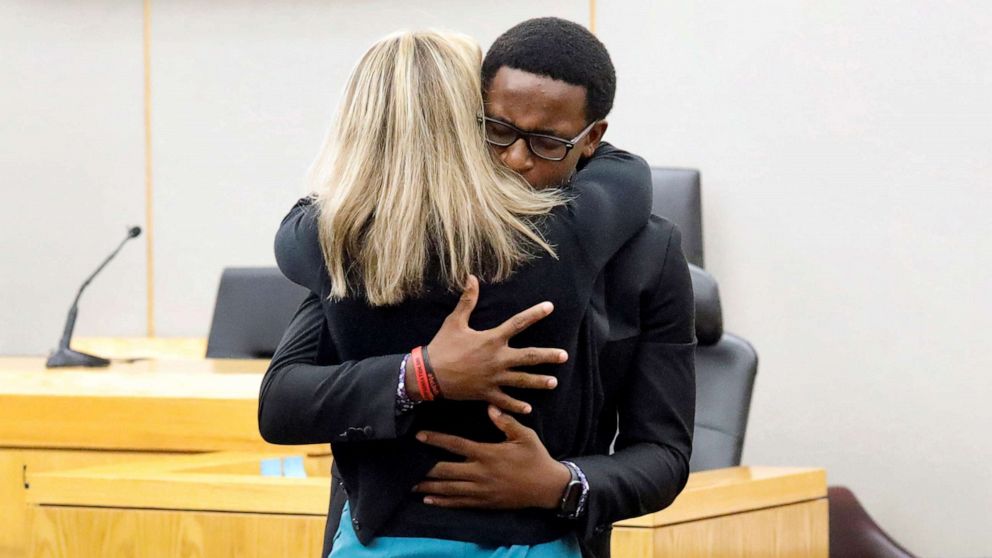 Following Guyger's sentence, which the jury decided, Brandt Jean took the witness stand once the jurors were dismissed and spoke to Guyger, telling her, "I love you just like anyone else, and I'm not going to hope you rot and die."

He went on to say that he didn't even want her to go to jail.

Brandt Jean asked and was granted permission from Dallas County District Court Judge Tammy Kemp, who presided over the trial, to hug Guyger, an act that brought many in the courtroom, including the judge, to tears. 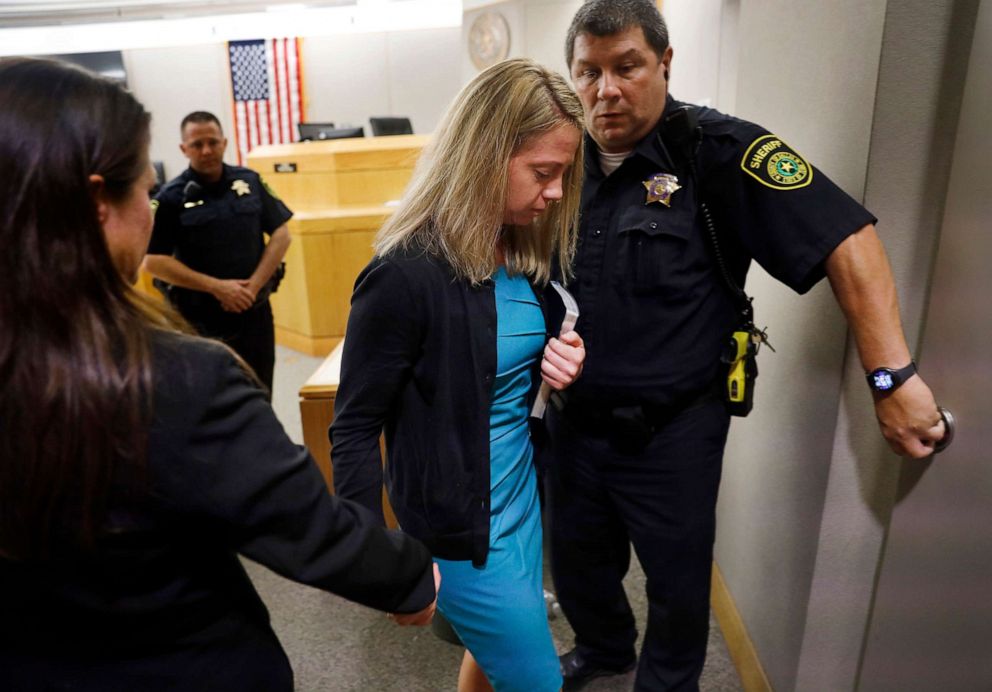 Bertrum Jean said that while he shared his child's sentiments, he hopes the compassion his son displayed to Guyger will "help her recognize the folly of her ways."

"That was not saying there are no consequences for someone's actions, for her actions," said Bertrum Jean, a minister in St. Lucia. "But he forgave her and it is all right to forgive. Jesus said we need to forgive. So we can forgive people, right?"

Guyger was convicted of murdering Jean when she was off duty on Sept. 6, 2018. She shot Jean, a 26-year-old accountant for PricewaterhouseCoopers, after arriving at her apartment complex after work, mistaking his apartment for hers and believing he was a burglar.

She faced a maximum prison sentence of 99 years, and prosecutors asked for at least 28 years to match Botham Jean's age if he were still alive. But in the end, the jurors unanimously agreed that a decade in prison was enough for Guyger after her attorneys argued she made a series of "horrible mistakes" but didn't kill him out of hate.

"I was proud of what he [Brandt] did because I felt the same way," Jean's father said. "Exactly what my son was thinking, that's what I was thinking. I would have loved to say to her, 'You've hurt our family. We are sad, we are broken, but I forgive you and I'd like to be your friend, I'd like to get to know you.'" 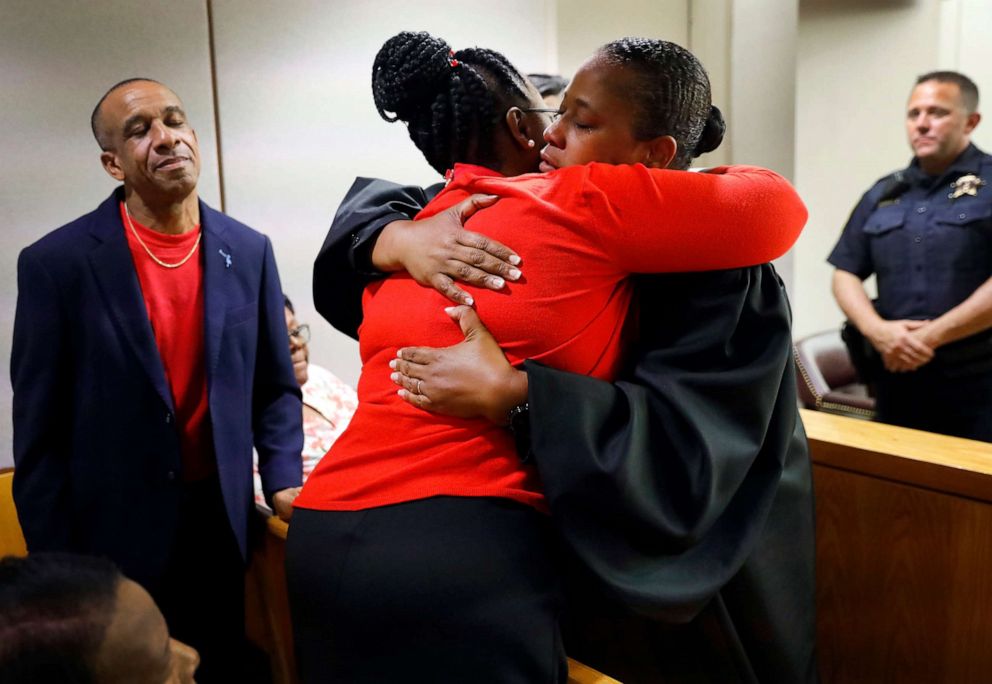 But not everyone was as magnanimous. Hundreds of protesters viewed the sentence as too lenient and took to the streets of Dallas on Wednesday night, demonstrating against what they viewed as another police officer getting off easy for killing a black man.

The 10 years Guyger received falls far short of a 40.6-year average sentence for murder cases in state courts, as outlined in a 2016 report by the U.S. Justice Department's Bureau of Justice. Those convicted served an average of 57.2% of their sentence, a little more than 23 years, according to the report.

(MORE: Mother of Botham Jean gives emotional statement: 'My life has not been the same')

In its most recent quarterly report, the U.S. Sentencing Commission found that among 250 people convicted of federal murder charges between Oct. 1, 2018, and June 30, 2019, the median sentence was 20 years. 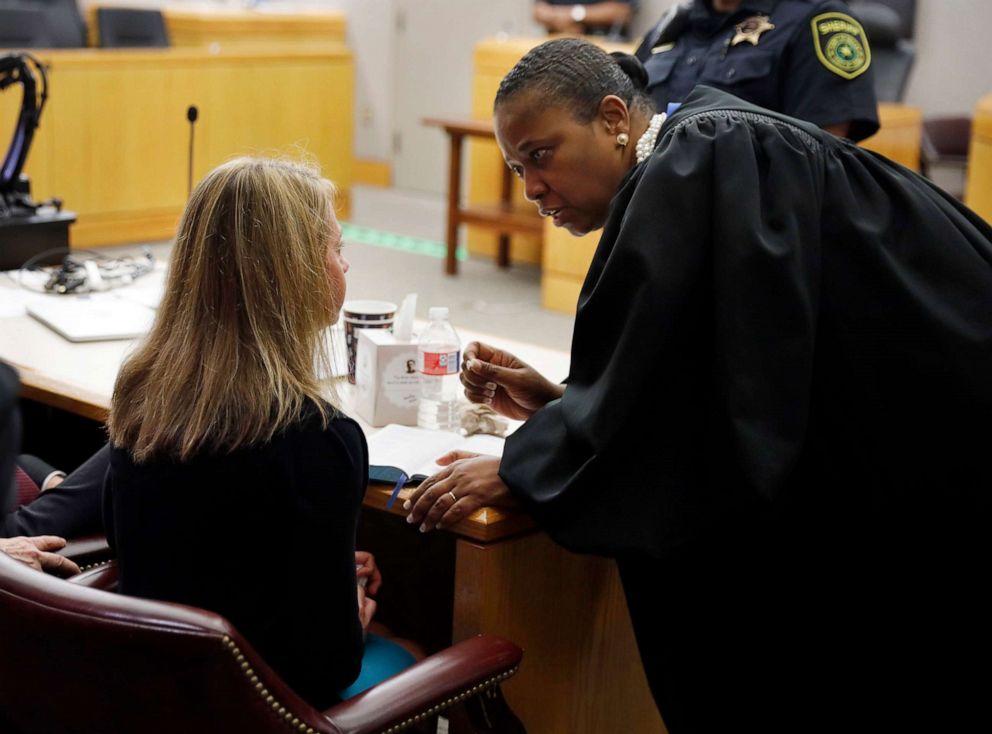 Tom Fox/AP
Former Dallas Police Officer Amber Guyger, left, listens to words of advice and encouragement from State District Judge Tammy Kemp after the judge had given her a Bible and before Guyger left for jail, Oct. 2, 2019, in Dallas.

Guyger's sentence was less than those handed down to three of the four former police officers recently convicted of murder or manslaughter:

• In August, Roy Oliver, a former Balch Springs, Texas, police officer, was sentenced to 15 years in prison after being convicted of murder in the shooting of 15-year-old Jordan Edwards, who was in a car driving away from a house party when Oliver, who was on-duty, opened fire and hit Edwards.

• In April, former Palm Beach Gardens, Florida, police officer Nouman Raja was sentenced to 25 years in prison after he was convicted in the killing of black church musician, Corey Jones, 31, whom Raja shot when he came upon Jones' broken down car on the side of a road.

• In March, former Chicago police officer Jason Van Dyke was sentenced to fewer than seven years in prison after he was convicted of second-degree murder in the killing of 17-year-old Laquan McDonald, whom Van Dyke shot 16 times. Video released during the investigation showed McDonald was armed with a knife when he was shot, but the teen didn't appear to be moving toward police officers who responded to the call.

• In December 2017, Former North Charleston, South Carolina, officer Michael Slager was sentenced to 20 years in prison after he was convicted on federal charges of second-degree murder and obstruction of justice in the killing of an unarmed black man Walter Scott , who was shot in the back when he ran following a traffic stop.

Allison and Bertrum Jean declined to criticize the jury's sentencing of Guyger, who will be eligible for parole in five years. 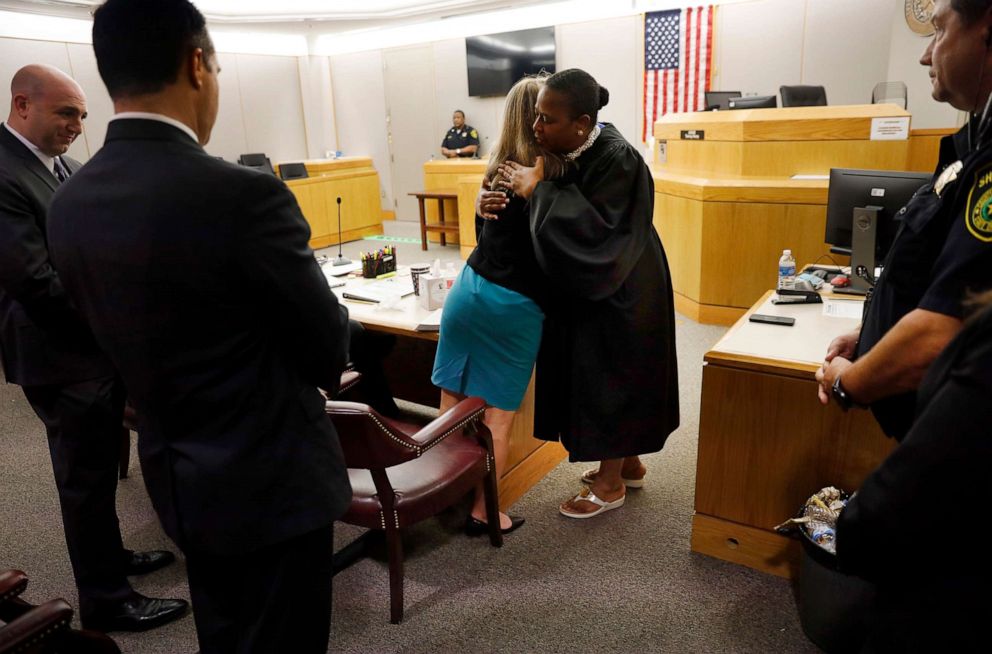 Tom Fox/AP
Former Dallas Police Officer Amber Guyger gives State District Judge Tammy Kemp a hug after the judge had given her a Bible and before Guyger left for jail, Oct. 2, 2019, in Dallas.

"Ten years, 20 years, five years, two years doesn't affect me personally, doesn't affect my family. It helps the state deal with someone who has committed a crime," Allison Jean told ABC News. "No amount of justice can ever bring Botham back."

Bertrum Jean added, "I don't know how many years I'd be happy with, but I know an injustice was done to my son. I believe that he deserved to be alive today."