Jill Biden could make history in January by becoming the country's first first lady to hold a paid job outside the White House.

Biden, a college English professor with a doctorate in education, has said that she hopes to continue teaching after her husband, President-elect Joe Biden, enters the White House.

In the eight years she spent as second lady, when her husband was vice president, Biden worked as a full-time English professor at a community college in Northern Virginia.

"I hope so. I would love to. If we get to the White House, I'm gonna continue to teach," Biden, a mom and grandmother, told CBS News in August. "It's important, and I want people to value teachers and know their contributions, and lift up the profession." 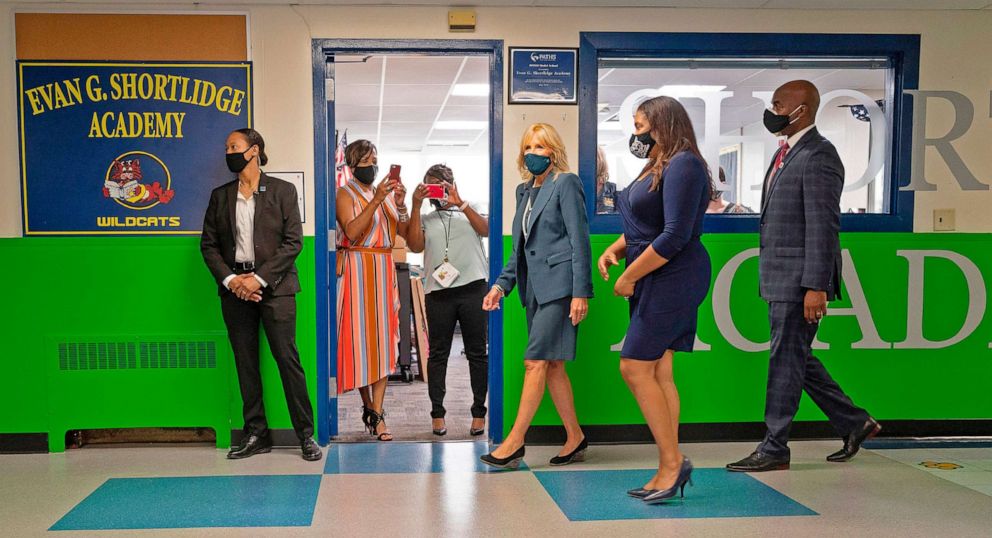 Now that she is headed to the White House, neither Biden nor her team have confirmed that she plans to continue teaching as first lady. Biden took time off from teaching this year to campaign with her husband.

"Dr. Biden is enormously grateful to the country for electing her husband and Sen. Harris. Joe Biden will be a president for all Americans. She is spending time with her children and grandchildren in Wilmington, Delaware," Michael La Rosa, a spokesperson for Biden, told ABC News in a statement. "Dr. Biden is focused on building her team and developing her priorities focused on education, military families and veterans, and cancer."

MORE: Who are the new first and second families?

Kate Andersen Brower, the author of several books on first ladies and the White House, said it would be "unprecedented" in American history if Biden decides to take a paid teaching role while also serving as first lady.

"It is unusual for a second lady to work but unprecedented for a first lady," Andersen Brower told "Good Morning America." "I know from talking to the campaign that there is an understanding that she doesn’t know if she can balance both teaching and being first lady quite yet, but there is a sense of this is her hope and this is what she wants to do because she loves teaching, and it's the career that she's carved out for herself that is unique and different from her husband's." 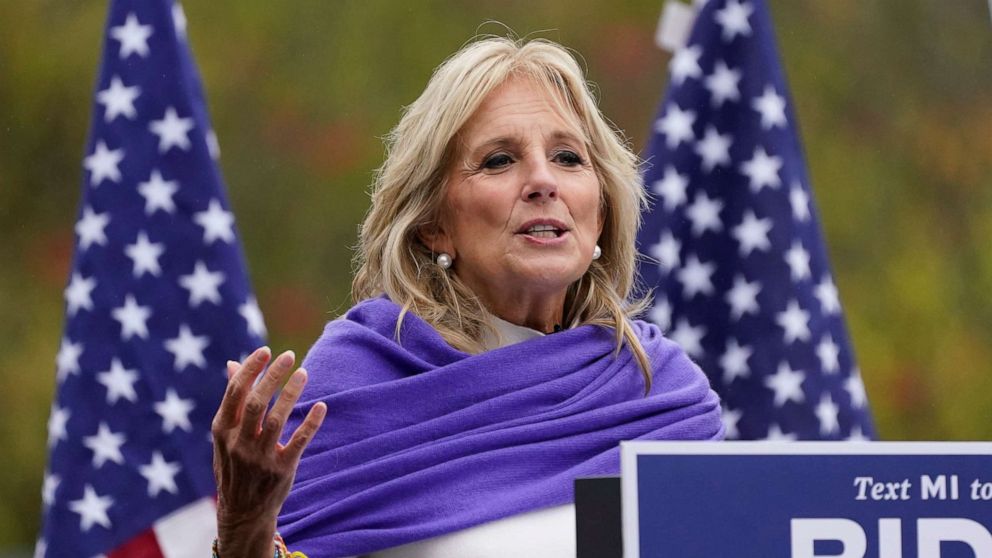 Andersen Brower said it would not only be unprecedented but also hopefully a significant shift in the trajectory of first ladies if Biden continues to teach.

"I think that’s incredibly important for a woman to have your own identity, especially when you're married to a politician and now to the president," she said. "The idea that you would have to give up your entire life for your spouse seems very antiquated."

"I hope that people will accept Jill Biden's desire to teach, and that she's a wife and a mother and has a career," added Andersen Brower, who coined the term "Professor FLOTUS" to describe Biden's potential dual roles. "I hope that we’re at the point where we accept that, because I think if it was a man, we would definitely accept it."

He will be a President for all of our families.

Andersen Brower points out that unlike First Lady Melania Trump, whose first full foray into politics was her husband Donald Trump's 2016 presidential run, Biden was given a firsthand look at the first lady role through Michelle Obama, with whom she also had a close friendship.

Biden has also been by her husband's side through the more than three decades he spent in the U.S. Senate, making her well aware of the workings of Washington and the roles of a spouse.

"Jill Biden has had really eight years to soak in the lessons that Michelle Obama taught," said Andersen Brower, whose new children's book, "Exploring the White House," debuts next month. "She’s had a great training ground to really kind of spend time thinking about how she would approach this role."

And while Biden has a head start on life inside the White House, she will have to convince a public that is used to seeing a first lady in the very traditional role of supporting the White House and the president, from picking out floral arrangements to hitting the campaign trail.

"I also think it's going to be a challenge for her because we do expect a lot from the first lady," said Andersen Brower. "It’s one of those positions that even though we’ve made great strides as a country and that many women are the breadwinners, we haven’t changed our expectations of this specific part of our political landscape."

MORE: Teen with stutter shares what Biden's win means to him: 'I see that as a gift'

Women currently make up nearly half of the workforce in the U.S., and nearly one-third of all employed women are working mothers, according to the Bureau of Labor Statistics (BLS) and the Census Bureau.

Biden will become first lady at a time when women are suffering in the workplace due to the coronavirus pandemic, which has sparked what experts are calling a "shecession" because of the disproportionate impact on women's unemployment, career trajectories and finances, particularly for working moms.

"She would be setting an example and that example is important," Kristin Rowe-Finkbeiner, executive director of MomsRising, an advocacy group for women, said about Biden. "In continuing to work in the paid labor force and shine that example, she joins the majority of moms across the country who are also in the labor force.

Yes, so many classrooms are quiet right now. The playgrounds are still. But if you listen closely, you can hear the sparks of change in the air.

Rowe-Finkbeiner said she hopes the possibility of Biden holding a paid job as first lady would not only make her a great role model, but also help her to lead a conversation on issues that impact working women, such as paid leave and equal pay.

"As a working mom, she understands the pressures of holding a job and caring for a family," she said of Biden. "Not only is she setting a terrific example, proving that women's leadership looks a lot of different ways for young people in America, she's also in a unique position to help push through policies that lift our families and our economy that are long overdue, and that she'll know more about because she's been in those positions."

While second lady, Biden worked on support for military families, helped her husband with his Cancer Moonshot initiative and led initiatives to highlight community colleges across the country, all while teaching English and earning her doctorate in education from the University of Delaware in 2007.

In his presidential acceptance speech Saturday night in Delaware, President-elect Joe Biden described his wife as a military mom and an educator.

"She dedicated her life to education. Teaching is not just what she does, it’s who she is," he said. "For American educators, it is a great day for y’all. You’re going to have one of your own in the White House. And Jill is going to make a great first lady. I am so proud of her."