First Lady Jill Biden will make history as the country's first first lady to hold a paid job outside the White House.

Biden -- who worked full-time as a community college English professor during her eight years as second lady -- has said she plans to continue teaching during her time in the White House.

"I’m really looking forward to being first lady and doing the things that [I did] as second lady, carrying on with military families and education and free community college, cancer [the Biden Cancer Initiative], that Joe and I have both worked on," Biden said in an interview last month on "The Late Show with Stephen Colbert." "And I’m going to teach as well."

"It’s hard for me to think of it in historic terms I guess because I taught all eight years when I was second lady," she replied when asked about the historic nature of her decision.

Biden has been an educator for more than three decades. She taught English at Northern Virginia Community College during the eight years her husband, President Joe Biden, served as vice president in the Obama administration.

She is planning to continue to teach at Northern Virginia Community College as first lady, but her office is not releasing any further details. 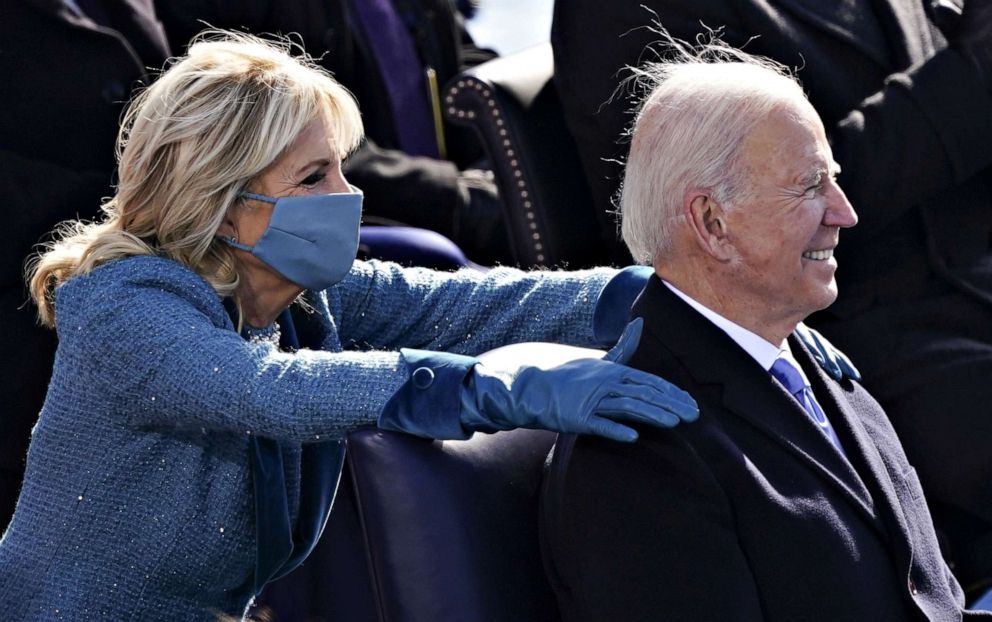 “As she did as Second Lady, out of respect for the privacy of her students and to preserve the integrity of her classroom, Dr. Biden will keep her teaching at Northern Virginia Community College separate from her public role," Biden spokesman Michael LaRosa told ABC News in a statement.

"It is unusual for a second lady to work but unprecedented for a first lady," Andersen Brower told "Good Morning America" in December. "I know from talking to the campaign that there is an understanding that she doesn’t know if she can balance both teaching and being first lady quite yet, but there is a sense of this is her hope and this is what she wants to do because she loves teaching, and it's the career that she's carved out for herself that is unique and different from her husband's."

Andersen Brower said Biden continuing in her professor role would not only be unprecedented but also hopefully a significant shift in the trajectory of first ladies.

MORE: A closer look at the first spouses, Jill Biden and Doug Emhoff

"I think it's incredibly important for a woman to have her own identity, especially when you're married to a politician and now to the president," she said. "The idea that you would have to give up your entire life for your spouse seems very antiquated."

"I hope that people will accept Jill Biden's desire to teach, and that she's a wife and a mother and has a career," added Andersen Brower, who coined the term "Professor FLOTUS" to describe Biden's dual roles. "I hope that we’re at the point where we accept that, because I think if it was a man, we would definitely accept it."

He will be a President for all of our families.

While second lady, Biden worked on support for military families, helped her husband with his Cancer Moonshot initiative and led initiatives to highlight community colleges across the country, all while teaching English and earning her doctorate in education from the University of Delaware in 2007.

In addition to her doctorate, Biden also holds two master's degrees, both of which she earned "while working and raising a family," according to her official White House biography.

Biden was forced to defend her doctor title last year after a Wall Street Journal op-ed called on her drop the "doctor" title from her name because she is not a medical doctor.

The op-ed's author, Joseph Epstein, wrote that the use of doctor by Biden "sounds and feels fraudulent, not to say a touch comic," adding that, "A wise man once said that no one should call himself 'Dr.' unless he has delivered a child."

“That was such a surprise," Biden said on "The Late Show With Stephen Colbert" in response to the op-ed. "It was really the tone of it that I think that -- you know, he called me kiddo."

"And one of the things I'm most proud of is my doctorate," she said. "I mean I worked so hard for it."

Together, we will build a world where the accomplishments of our daughters will be celebrated, rather than diminished.

Joe Biden also expressed displeasure about the op-ed, telling Colbert of his wife's accomplishments, "She had two master’s degrees and she kept going to school all the time while teaching at night."

In response to the op-ed, women took to Twitter to encourage others with degrees to add them to their name.

"Today I added “Dr” to my profile name. Thanks WSJ for the nudge," wrote Dr. Laura Scherer, an assistant professor at the University of Colorado Medical School.

Today I added “Dr” to my profile name. Thanks WSJ for the nudge

Biden is entering her role as both First Lady and college professor at a time when women currently make up nearly half of the workforce in the U.S., and nearly one-third of all employed women are working mothers, according to the Bureau of Labor Statistics (BLS) and the Census Bureau.

In his election victory speech in November, Joe Biden described his wife as both a military mom and an educator who will make a "great" first lady. 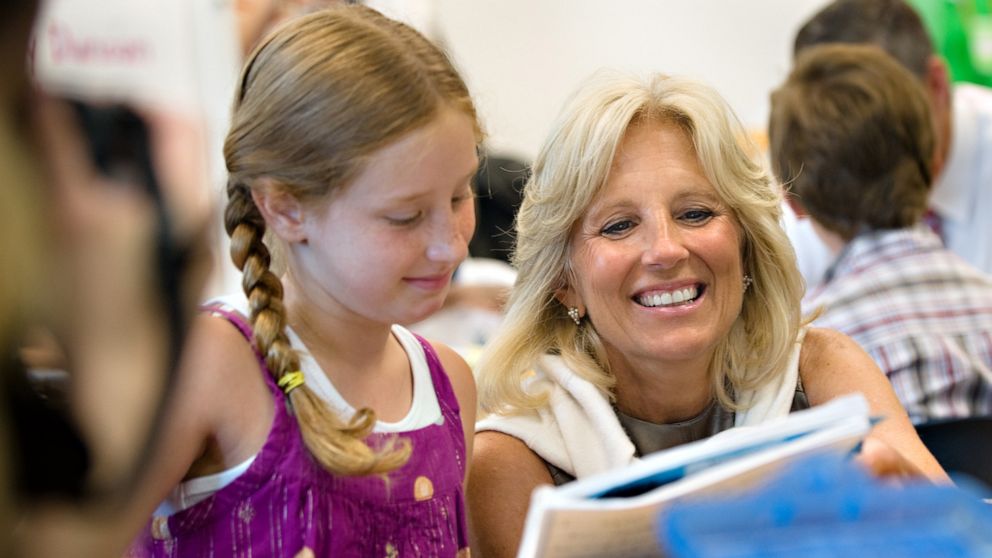 "She dedicated her life to education. Teaching is not just what she does, it’s who she is," he said. "For American educators, it is a great day for y’all. You’re going to have one of your own in the White House. And Jill is going to make a great first lady. I am so proud of her."