Vice President-elect Kamala Harris is set to resign from the United States Senate on Monday but will not give a speech on the Senate floor which is not in session.

The California native had already started the process of resigning after notifying California Gov. Gavin Newsom.

"This is not a goodbye for Vice President-elect Harris, as she resigns from the Senate, she's preparing to take an oath that will allow her to preside over it. And as vice president, she will work tirelessly ... and in a bipartisan fashion to really achieve the Biden-Harris administration's legislative agenda," an aide to Harris said.

MORE: Harris to be sworn in by Justice Sonia Sotomayor at inauguration

Harris, who is only the second Black woman to serve in the Senate, worked in 1984 for then-Sen. Alan Cranston during her sophomore year at Howard University -- a seat she would later win over 30 years later in November 2016.

A Harris aide noted that they hope that she will not have to break many ties in the Senate, saying that the Biden-Harris team hopes to focus on bipartisan issues.

"Given the fact that the Senate is 50/50 she will serve as the tiebreaker, we hope to not break many ties because we believe that the issues that the Congress will have to take up are bipartisan issues that are of importance to the American people, and that will require and push folks to work in a bipartisan fashion and I think a very good example of that bipartisan work is the stimulus bill is the deal that Democrats and Republicans came together to pass in December, it was a start." 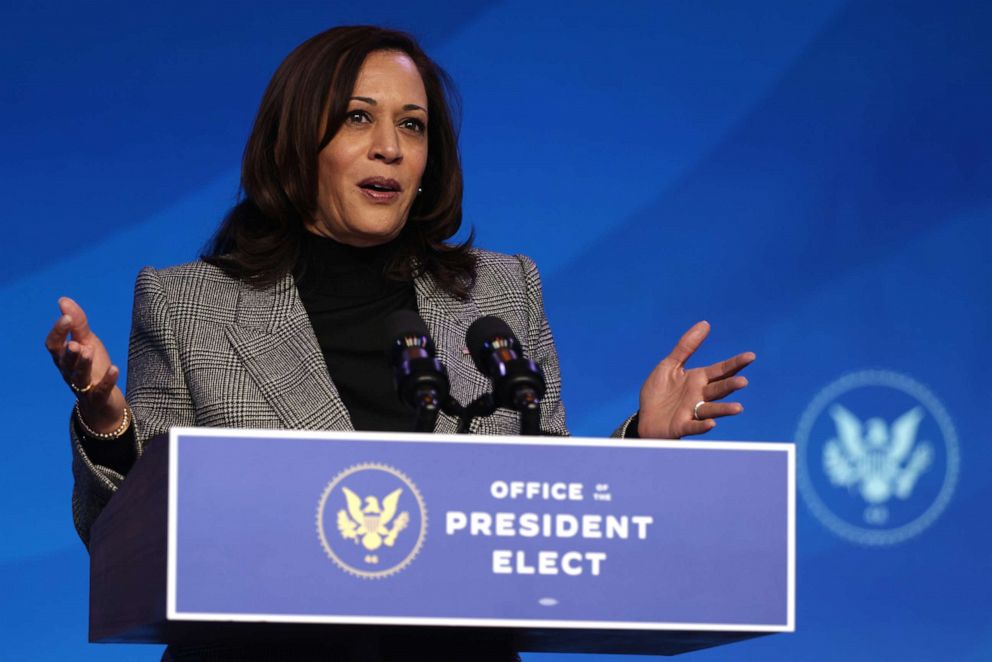 The aide told ABC News that Harris will not be focused not on whipping votes but instead on building relationships.

Harris, according to the aide, has already spoken to many of her Senate colleagues on the other side of the aisle about one of President-elect Joe Biden's Cabinet nominations.

"It is her hope that she doesn't have to break any ties, because we believe that we are going to garner bipartisan support for a number of these issues," one Harris aide said.

During her time in the Senate, Harris worked with various Republicans on a series of issues including anti-lynching and immigration. With Sen. Rand Paul, Harris focused on the ​Pretrial Integrity and Safety Act​ to encourage states to reform or replace the bail system, and Harris along with South Carolina Sen. Lindsey Graham introduced the ​Historically Black Colleges and Universities (HBCU) Historic Preservation Program​, which passed in 2019, and focused on restoring historic buildings at the schools.

Another Harris aide noted that her relationships with Republicans in the committees have been meaningful and, since the election, Harris has had many "productive conversations" with fellow Republican senators such as Richard Burr, Susan Collins, James Lankford, Mitt Romney and Graham. 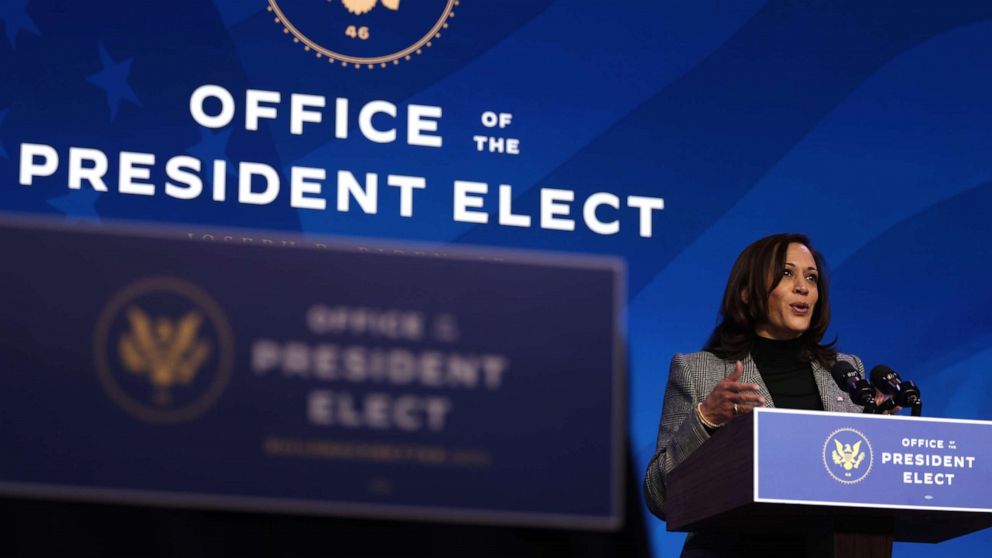 There will be no Black women senators once Harris steps down this week.

"As we all know, she is now only the second black woman to serve in the United States Senate, and with her departure there will be no Black women serving in one of the great the greatest deliberative body in the world and so it is it is something she recognizes she believes that the representation of Black women and their voices are important. And that she hopes to see. And yet more black women, more women of color, serving in that body," the aide said.

"We also have to remember what happened on Jan. 5. On Jan. 5, the people of Georgia sent a black man -- a Black Baptist preacher -- and a young Jewish man to the United States Senate as their senators to represent the state of Georgia, something that many people said could not or would not be done," the aide added. "And so, while there are not currently any Black women after her resignation who will be serving in the United States Senate, there are strides that have been made and we have to continue to push the ball forward."

In late December, Newsom selected the California Secretary of State Alex Padilla to replace Harris. An aide close to Harris said that it is unlikely Padilla would be sworn in on Monday.