When a group of high school girls found out their male classmates were circulating a list that gave them a numerical rating based on their appearance, they said they initially felt betrayed and flooded with insecurity.

But then they decided to do something about it, and in a remarkable show of unity and action, these young women demonstrated to their school and community that this behavior is no longer acceptable.

While it's likely not the first time teenage boys have rated their female classmates, these female high school students at Bethesda-Chevy Chase High School in Maryland came of age during the explosive #MeToo movement that has upended the notion that "boys will be boys" forever. 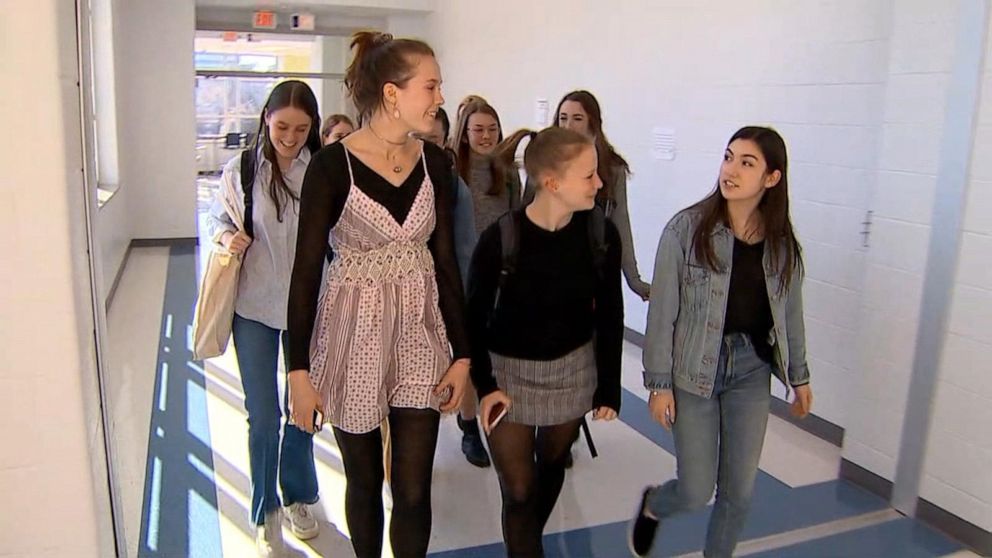 ABC
A group of female students at Bethesda-Chevy Chase High School in Maryland sparked a movement to change the 'boys will be boys' culture.

In a story first reported by The Washington Post, these teenage girls demanded change from their peers and school administrators. They continue to hold weekly, co-ed, discussions on how to combat what they describe as a culture of toxic masculinity to prevent this sort of behavior from ever happening again.

‘Kind of seeing all your insecurities put together, and put into a number’

Nicola Schmidt, 17, a student at Bethesda-Chevy Chase High School, said she was one of the first girls to find out about the explosive list, after a male friend told her about it because he saw her name on it.

“When I first heard about it I was a little disgusted by it because I think that girls should be able to go to school without being constantly objectified,” she told "Good Morning America."

(MORE: In the #MeToo age, APA has new guidelines for psychologists talking about traditional masculinity)

Yasmin Behbehani, 18, said that her name was also on the list and when she first heard about it she was “shocked.”

Fellow student Jane Corcoran, 17, added that seeing a number next to her name, “down to the hundredth place,” was “kind of seeing all your insecurities put together, and put into a number.”

She added that you immediately start to compare yourself to others.

“You know why is she higher than me, why is she lower than me,” she said. “And you know these are all beautiful girls and why should you even have to feel like you have to compare yourself to each other?” 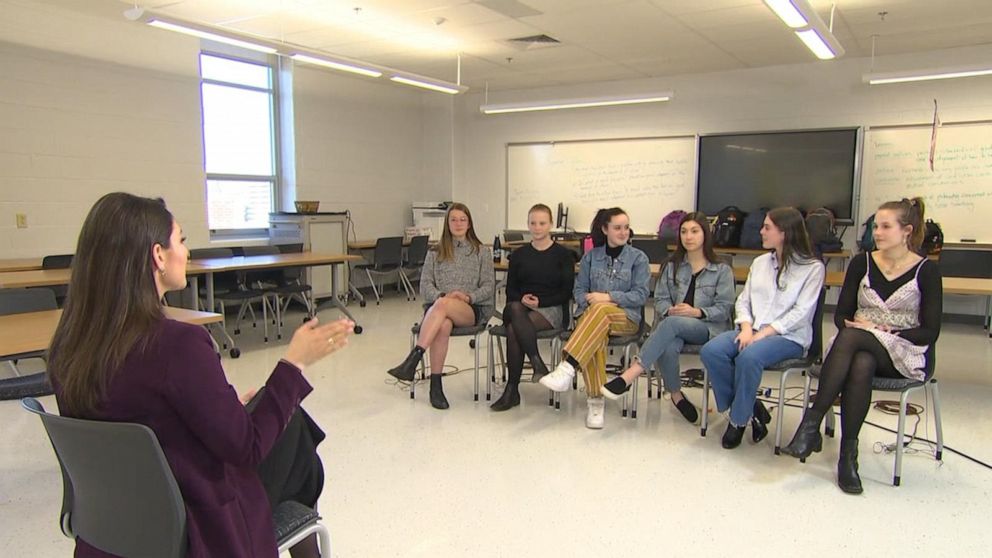 ABC
A group of female students at Bethesda-Chevy Chase High School in Maryland sparked a movement to change the 'boys will be boys' culture.

Virginia Brown, 17, said that when she first saw it she felt “betrayed.”

“I think of these people as friends, and I think of them as peers,” Brown said. “And just knowing that when I go to school with them and when I do projects with them … that they don't see me as a friend, they don't really respect me for my worth, all they see me for is my physical attractiveness.”

Brown said it also made her question whether she “had done something that invited this sort of behavior.”

“I questioned if it was the way I dressed, the way I acted around them, and if there was something I could have done to have stopped this,” she said. “I kind of turned the blame inwards.”

’We had this really remarkable opportunity to make change’

Gabriella Capizzi, 18, who was not on the list but joined her classmates in their effort to fight back, said she realized, "We had this really remarkable opportunity to make change.”

“I think our goal is not to approach this issue as victims versus victimizers, but more as we are leaders of this school,” she said. “We're seniors with 2 months left, and we can really make a positive change on the culture at this school, and not only this school but this society.”

The girls called for a meeting of the senior class who were in the International Baccalaureate program – the group in which the list was distributed – and they facilitated a discussion on March 8, International Women’s Day.

After speaking for almost three hours, the girls said some of the boys got a chance to apologize.

Lee Schwartz, 18, said the discussion “kind of sparked our movement in which we wanted to make an impact on the entire school climate.”

“We initially spoke with administration and began working with the creators of the list in order to design a kind of a school-wide approach to this issue of male toxicity in general,” Schwartz said.

They said they felt it was important to incorporate the boys and get everyone involved in order to prevent this behavior from happening in the future. 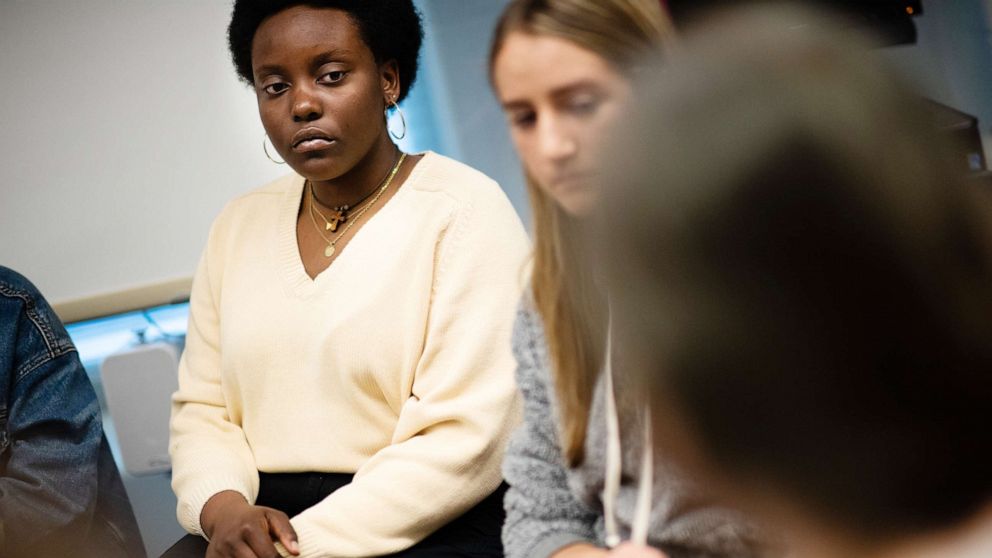 Sarah L. Voisin/The Washington Post via Getty Images
Gloria Karekezi, one of several senior girls who has spoken up about the list, is working on an exhibit about toxic aspects of teen culture at Bethesda-Chevy Chase High School.

“What we've learned for the most part is that all of the guys have actually shown interest and want to be able to understand that this is something that should not happen,” Capizzi said.

Many of them may not have even known the harm they did, she added, saying “the culture has kind of raised them to not know.”

Capizzi said they found that “they're all willing to learn, and education is probably the most influential part of this.”

The school's principal, Dr. Donna Jones, applauded the female students for banding together to create change.

In the end, Behbehani said she feels “grateful” that the opportunity has “arisen for us to be able to come together and realize the society and the kind of climate that we live in, and also realize that it's changing and we're changing with it.”

“I can guarantee this is happening in other high schools, but what makes us different, what makes this different, is that we took the initiative to stand up and say this is not right,” Behbehani said. “Because we need to make a change, and this boys will be boys culture isn't a culture that needs to exist anymore.”

Brown said she found the strength to speak up and do something about it in knowing that she “wasn’t alone.”

“Our main goal now is just to teach people that this is an issue,” Brown added. “And teach them how and why this affects women and the importance of making sure it doesn't happen again.”