Former Texas congressman Beto O'Rourke was at his first stop in Iowa Thursday after announcing his 2020 presidential bid when he made a comment that has reverberated across the Internet.

O’Rourke, a father of three, was speaking at a coffee shop when he said of his wife, Amy, “She is raising, sometimes with my help,” their three kids.

The comment was quickly tweeted out by a Washington Post reporter and just as quickly dissected online. Commenters varied between calling it honest praise for his wife, or a comment that seemed sexist and from another era.

Beto tells a coffee shop crowd that he just talked with his wife, Amy. “She is raising, sometimes with my help,” their three kids. Then says he’s running for president for his kids, and theirs.

“Can’t imagine a female candidate getting away with such a statement,” one commenter wrote.

“Seriously my dad is in his 70s and would never say anything like that. He was a true equal parent and didn’t expect anyone to congratulate him for it. Not in the 80s. Not today,” wrote another.

“Seems like he is giving credit where credit is due,” wrote one commenter. approving of O’Rourke’s remarks.

(MORE: Creator of Netflix's 'Workin Moms' on how a postpartum moment fueled a binge-worthy comedy)

“When he has to leave town his wife cares for the kids. Good lord we have to stop this outrage culture,” wrote another commenter in support of O'Rourke. 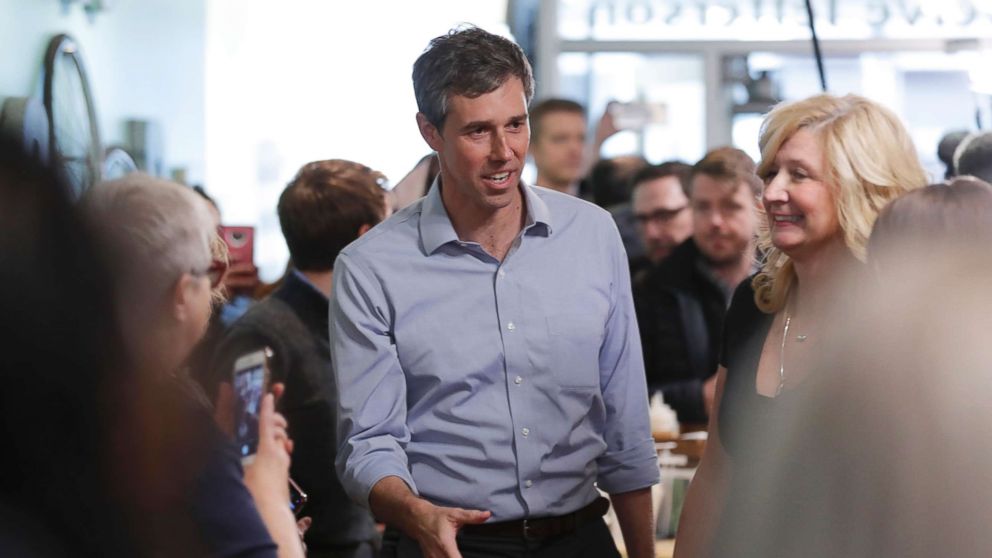 O'Rourke addressed the controversy Friday night at an event in Cedar Rapids, Iowa.

"Not only will I not say that again, but I will be much more thoughtful in the ways that I talk about my marriage," he said. "My ham-handed attempt to try to highlight the fact that Amy has the lion's share of the burden in our family -- that she actually works but is the primary parent in our family, especially when I served in Congress, especially when I was on the campaign trail -- should have also been a moment for me to acknowledge that that is far too often the case, not just in politics, but just in life in general.

"I hope as I have been in some instances part of the problem," he added, "I can also be part of the solution."

While O'Rourke's comments did seem in praise of his wife, Amy, his words are "not harmless," according to Caity Collins, assistant professor of sociology at Washington University in St. Louis and the author of "Making Motherhood Work: How Women Manage Careers and Caregiving."

"When someone makes comments like this on the national political stage, it implies that it’s woman’s natural or inherent duty to raise kids," Collins added. "That's not going to change until all men and men think and act like equal partners, especially when they’re on a national stage like this."

Amy Sanders O'Rourke is a longtime educator who taught in Guatemala, served as the first superintendent of an elementary dual language charter school in El Paso and owned and managed a web and software development company that she sold in 2017, according to her biography for CREED, the education non-profit organization for which she now serves as a director.

(MORE: 'Unseen' work of motherhood captured in this blurry photo)

She was seen smiling by his side, but not speaking, in her husband's presidential announcement video. She also stood by her husband's side last year when he lost his bid for a U.S. Senate seat to Republican Sen. Ted Cruz.

I am running to serve you as the next president. The challenges we face are the greatest in living memory. No one person can meet them on their own. Only this country can do that, and only if we build a movement that includes all of us. Say you're in: https://t.co/EKLdkVET2u pic.twitter.com/lainXyvG2n

Beto O'Rourke admitted that he wanted his family's permission to run for president but had not seen much of his family while pursuing politics in a conversation with Oprah Winfrey in February.

"I want to make sure that Amy and I, Ulysses, Molly, and Henry, our three kiddos who are 10, 12, and 8, we’re all good with this, we’re all on the same page,” he told Winfrey. "For the last seven years, my family hasn’t seen me. I haven’t been there for them, I haven’t helped Amy in raising these amazing kids in any significant, consistent way.”

In announcing his presidential bid, O'Rourke joins a crowded Democratic field that includes the most women who’ve ever run for a major-party nomination in history. The 2020 race also comes on the heels of the 2018 midterms that saw a record number of women elected to Congress.

Whether it is a man or a woman running for political office, the demands a campaign places on a family are intense, requiring commitment and sacrifice. During the 2018 campaign, several first-time female candidates, such as Reps. Kim Schrier (D-Washington) and Abigail Spanberger (D-Virginia) spoke to ABC News about how they leaned on their husbands significantly more at home while they hit the campaign trail.

While visiting Dr. Schrier's home during the campaign, she took a moment to pick berries in her garden with her son, Sam, and talked to reporters about how rare it was to have family time during the campaign and how much more her husband, David, had picked up day-to-day work around the house to support her candidacy.

O'Rourke, whose campaign has not replied to ABC News, spoke out about his wife's role raising their kids at a time when working mothers are the norm. 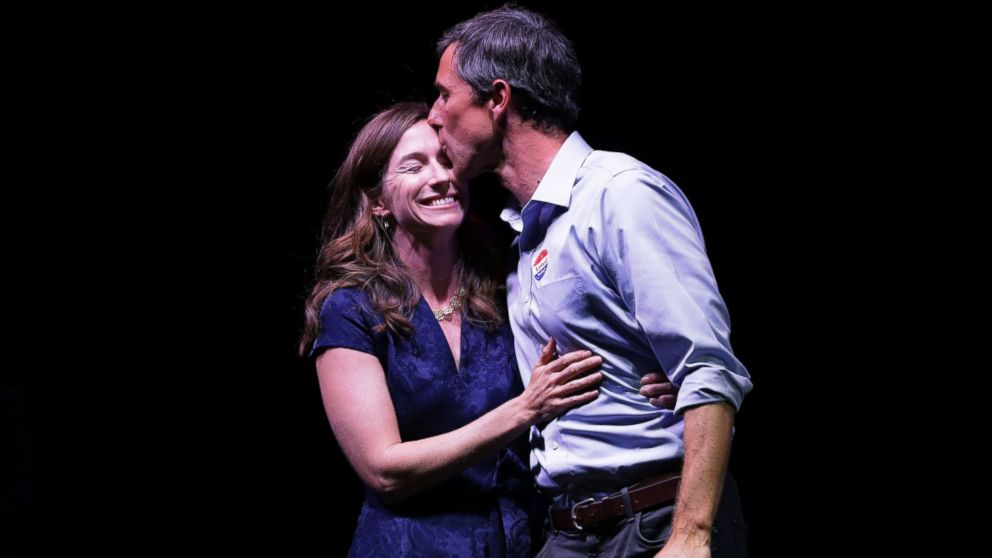 The questions posed to female candidates, and all women, should not focus on how they are balancing home life with their careers, according to Collins. When it comes to politics, Collins says male and female candidates should equally be asked about, and held accountable for, their proposals on work-family policies.

"The message sent by [the U.S.] government in offering very few to no policies for work-family support is that it’s a family's responsibility on their own to raise kids, which means it's mom's responsibility," she said. "We need to hold our politicians’ feet to the fire and ask them to follow through with creating more family-friendly legislation."

"And men need to be talking about what they’re doing to make working families’ lives more just and more manageable," Collins noted.

When O'Rourke lost the Senate race to Cruz, he traveled around the country on a solo road trip, sharing much of his life on social media. Commenters at the time noted that is a luxury a female candidate, or any woman, likely would not have had.

"You never hear men talking about care giving on the campaign trail and it’s usually because they have women behind them helping," Collins said.

O'Rourke, 46, has also sold himself as "young, casual and progressive" on the campaign trail, according to Collins, which she said made it more surprising to see he has not made himself a partner equal to his wife at home.

"We’re finally seeing a change in the cultural discourse, especially among younger generations, that men want to be involved in family life and they want a more balanced partnerships," she said. "That requires a shift in the way we talk about families, and I think we need this role modeled for us by folks in public life."

On a smaller scale, Collins noted that every person can propel the shift by changing the way they see and talk about dads.

"When you see men at the grocery store with their kids, you don’t need to congratulate them," she said. "This is not about duty or obligation or responsibility, this is about a right to spend time with your child and raise them."