Teachers are speaking out days after a 6-year-old allegedly shot a teacher at a Newport News, Virginia, elementary school.

Trayvon Thompson teaches kindergarten at a public school in Los Angeles County. The 22-year-old is in his first year of teaching and he said when he first heard about the shooting, which reportedly took place last Friday, he was "shocked" and immediately had questions.

"My students are 6. I was just like, it really puts it into perspective. Like, OK, if he can do that, that makes it a little bit scarier because what if ... one of my students were to do that?" Thompson told "Good Morning America."

According to Newport News police, a 6-year-old student, who has not been identified, allegedly brought a gun from home to Richneck Elementary School on Friday, Jan. 6, and opened fire, striking Abigail Zwerner, a 25-year-old first grade teacher at the school, in the hand and chest.

Authorities described the incident as an "intentional" act.

The incident is the latest in a spate of other school shootings, which have roughly doubled in the last 10 years, according to the National Center for Education Statistics. 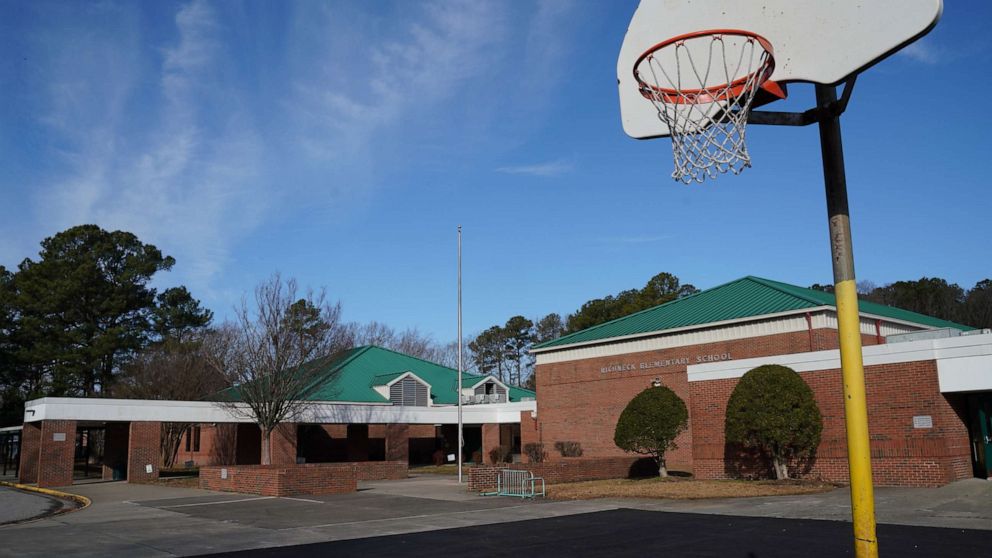 Zwerner, who according to police managed to usher her students to safety even after being shot, was taken to a local hospital following the incident.

After learning about the incident, Thompson took to TikTok to share his thoughts. "I was really shocked and I wanted to see how other people felt about it, how it made them feel, if it would make them scared to go to school in a way," he said.

Of his post, Thompson told "GMA," "I did mention the fact that if a school shooting were to happen in a school I worked at, that I would deeply consider quitting. I don't really blame anyone if they would quit because of [a] school shooting or would say, 'You know what, let me not be a teacher due to it.'" 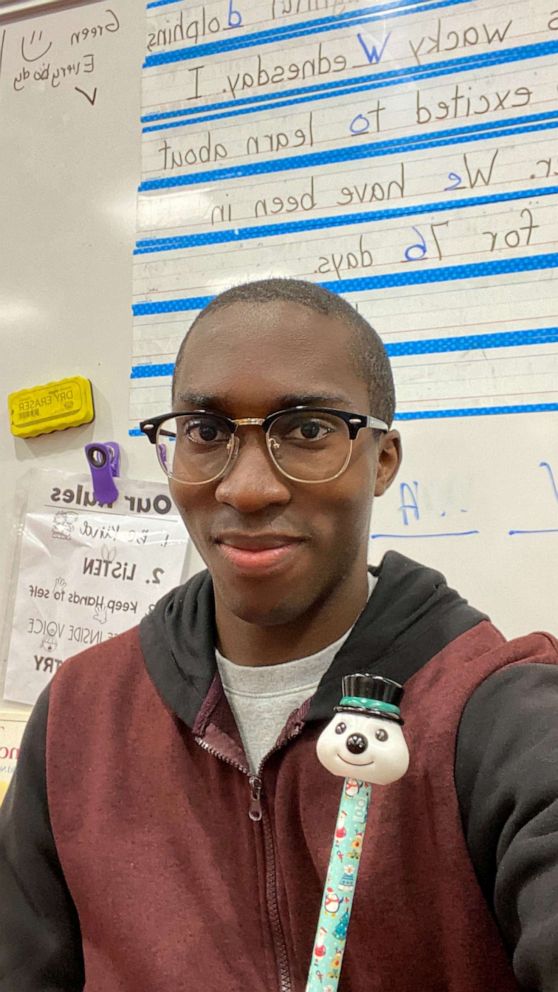 Teachers across the U.S. have been leaving the profession in droves, and last fall, 45% of public schools reported they had at least one vacant teaching position, according to data from NCES.

Educators have cited stressors such as burnout, mental health struggles, school safety, low pay, funding cuts and a lack of respect as reasons many are leaving, or are considering leaving, the education field.

Marisa Palermo is also an elementary school teacher at a Connecticut public school and has been teaching for the last nine years. She said this year is the first time where she's considered the idea of leaving her profession, one that she loves. 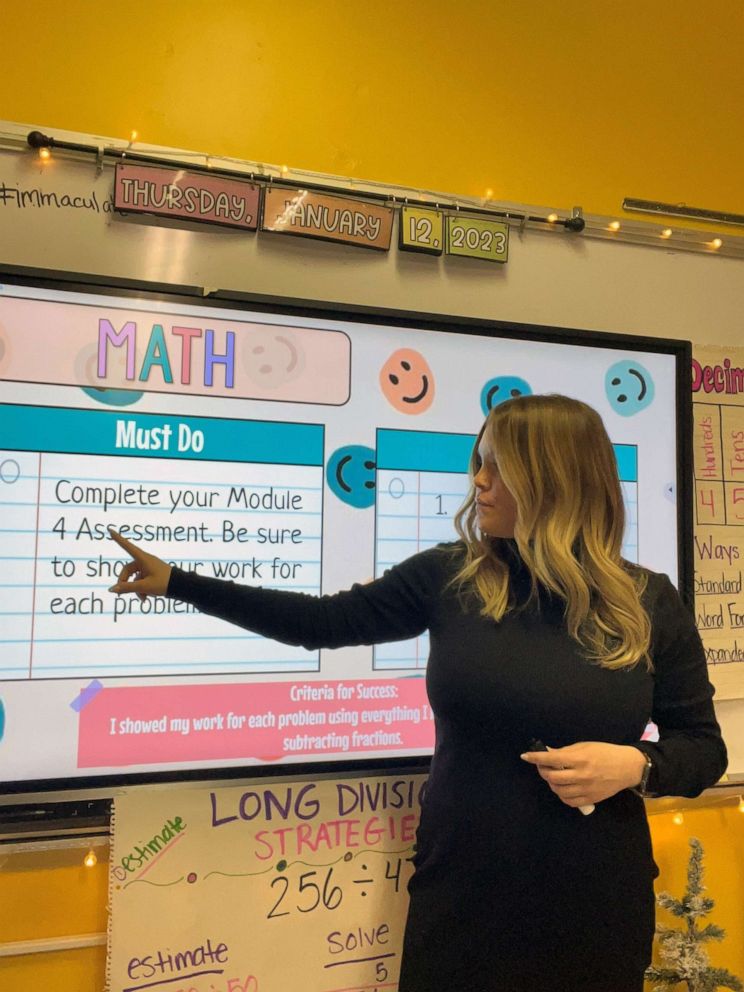 "I was pretty angry that [Zwerner] was even put into this situation for this to happen," the fifth grade teacher added.

Palermo opened up Monday in her own TikTok post, sharing a strong message. "Administration WAKE UP," she captioned her video.

Other teachers chimed in on Palermo's post, sharing their own viewpoints.

"I have been a para educator for 13 years [at] a public high school. Every year has gotten worse, and scarier. People don't understand who don't work in it," wrote one TikTok user.

"Teacher here of 29 years and you said exactly what we're all saying. If I was starting out as an educator now, I would never stay in this career," another added.

Both Palermo and Thompson said safety concerns are always at the back of their minds, especially since gun violence has become a leading cause of death for children, according to the Centers for Disease Control and Prevention.

"As a teacher, my number one concern always is keeping my students safe and that comes before anything else to me, like academics, anything. So watching the way things have been going down in our country, it is a thought that I have going into work every single day," Palermo said.

Thompson said he's even adopted a safety precaution in his daily routine.

"I've started carrying pepper spray with me," he said. "It's just something that at first I was carrying it in case somebody tried to do something to me while I was walking down the street but now … if someone were to come in with a gun, at least that's something I do have on deck. Maybe I can't reach anything to throw but maybe I can get to my pepper spray quickly enough and maybe I could spray with it."

Palermo and Thompson are also of the opinion that schools need to provide more mental health resources -- and not just for students.

"What schools will do, they'll provide counselors and resources for students, but sometimes I feel like they overlook teachers and the trauma that teachers go through when it comes to shootings," Thompson said. "They should think about teachers heavily as well."

"What I'm seeing right now in schools, and what I'm hearing from other educators as well, is our students are crying out for help, and nobody's really listening, it feels like -- and surely nobody is listening to teachers," Palermo said.

Palermo suggested one way of effecting change is to bring teachers to the table and not only rely on lawmakers and administrators who may be far removed from today's classroom to make school-related policy decisions.

"I think one of the biggest changes that can be made, other than money of course ... is having teachers be part of this decision-making process at the school level but also at state levels to help our country just improve," Palermo said.

Parents have also been speaking out in the aftermath of the alarming incident. They include Joselin Glover, whose son is a fourth grade student at Richneck Elementary.

"It's just really hard to process that this happened to us," Glover told "GMA."

Michele Nordeen, the president of the Newport News Council PTA, which includes Richneck Elementary, told "GMA" the local PTA council is standing by teachers and students in the community following Friday's shooting.

In a statement released last Friday, Nordeen and Virginia PTA president Pamela Croom also said in part, "Schools should be safe places that celebrate learning. We cannot become numb to these continued acts of violence in our schools. We must all play a role in working collaboratively to address violence in our schools and create a strong safety-net of mental health support for our children that helps them learn how to channel anger and frustration in a healthy manner."