Schools across the country are reopening this year with an enhanced focus on security, following the May 24 shooting at Robb Elementary School in Uvalde, Texas, which left 19 students dead, along with two of their teachers.

Even with those precautions, for many parents, the new school year brings with it increased anxiety.

"In the back of your mind, you just are always worried about it. And it's never off the table," Cassie Walton, a mom of two in McAlester, Oklahoma, told ABC News. "It's always possible no matter where you live, or what kind of school you go to, you just really never know."

As Walton prepared her eldest son Weston, 5, to start kindergarten this month, she said she bought the usual school supplies for him, as well as a bulletproof backpack insert to go inside his Spiderman backpack.

Walton, 22, also took her son through a makeshift active shooter drill at home in hopes, she said, that it may better prepare him for what he could experience inside his classroom.

"I think that it’s important for him to at least know a few ideas of what he should be doing rather than just going in blindly and not knowing anything," said Walton. "He has been doing a very good job of remembering what to do and how to do it, and of course I told him that when it's in the moment it may not be exactly the same, that he may have to do something different." 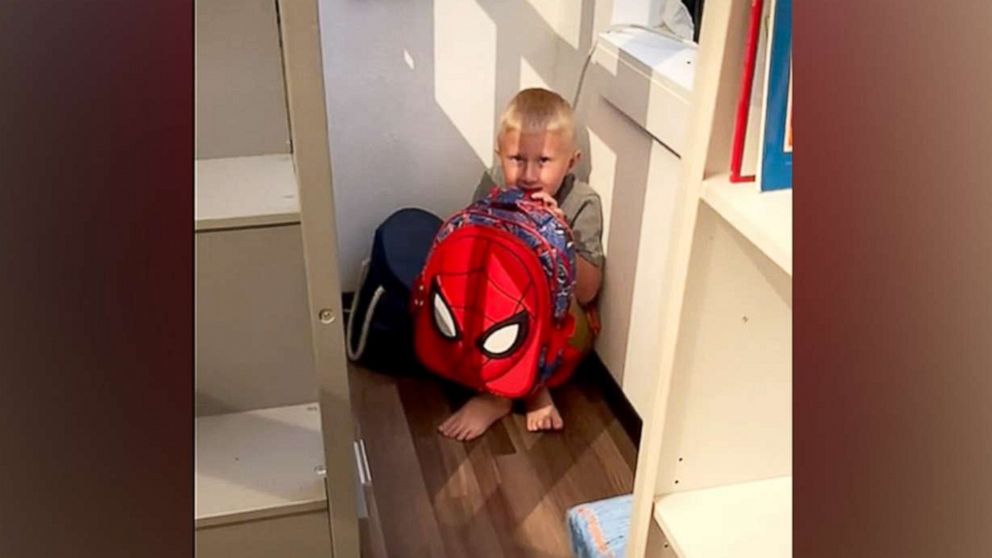 Walton was born within a year of the 1999 shooting at Colorado's Columbine High School that left 12 students and one teacher dead. She said she grew up taking part in safety drills in school, and used what she remembered from active shooter drills conducted at her high school to teach her son.

"We would have threats all the time, and you'd never know which ones are serious and which ones are not serious," Walton said of her high school experience. "So you have to be prepared, no matter what, to go from zero to 100 in the blink of an eye." 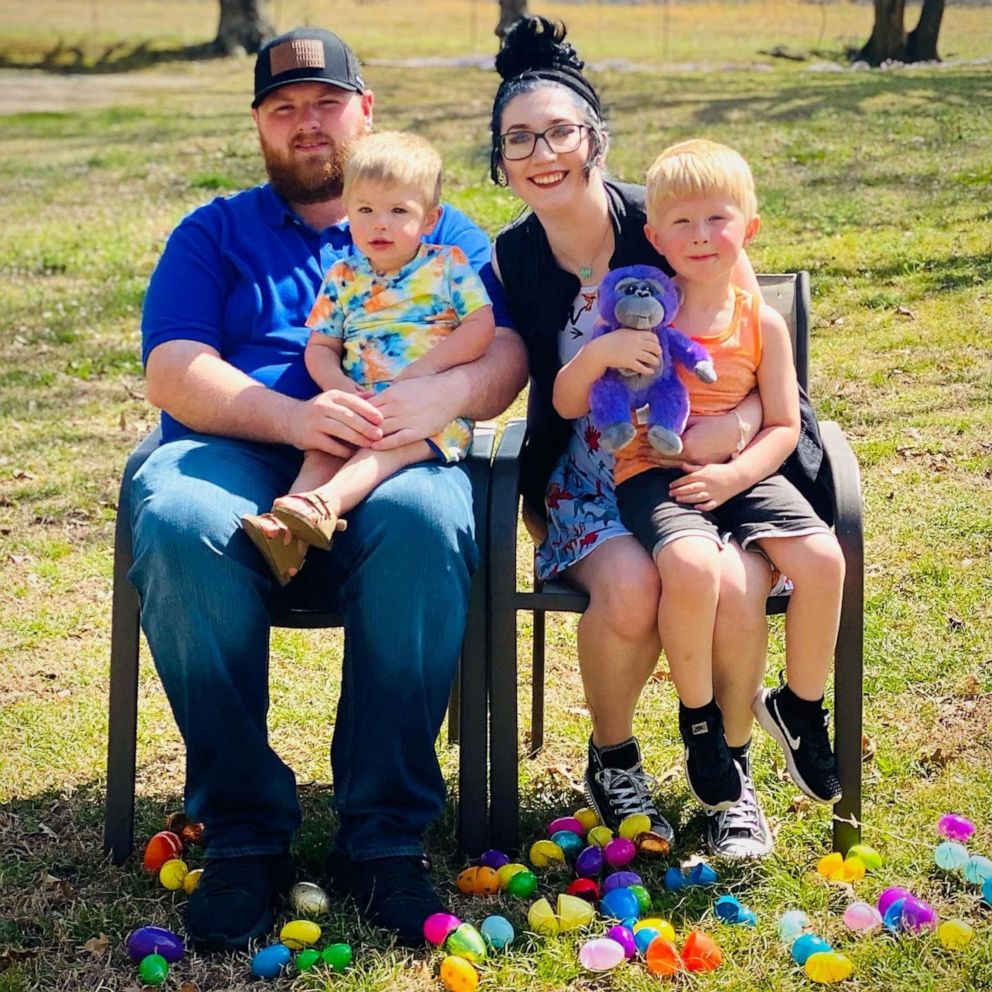 Courtesy Cassie Fisher
Cassie Fisher, of Oklahoma, poses with her husband and their two sons on April 4, 2021.

Just days before her son started kindergarten, Walton shared a video on TikTok of herself leading him in an active shooter drill at home.

In the video, she can be heard asking Weston what to do if a teacher says to go in a corner and be quiet and still. Later on, she asks her son what he would do if a shooter was in the classroom and he heard a police officer ask if anyone was inside the classroom, reminding him to "stay absolutely quiet."

Walton's video has received more than 1 million likes on TikTok.

"I just wanted to show that even though it is sad, it's starting to be our reality with the way things are going," Walton said. "There's more and more and more shootings every single year, and it's better to be prepared than to be sorry."

How to handle back to school anxiety amid school shootings

Walton's post was met with thousands of comments on TikTok, many from other parents saying they were also scared for their children.

Some also wrote that they, too, had talked at home with their kids about how to survive possible shootings at school.

"I can’t help watching this without crying. I talk to my kids about this every year but I still get emotional," wrote one commenter.

Janine Domingues, a clinical psychologist with the Child Mind Institute in New York City, said additional worry this year due to the shooting in Uvalde, in addition to normal back-to-school anxiety, is to be expected.

"There is an added layer certainly, I think more so for parents, around school shootings," Domingues told ABC News. "I can totally empathize as a parent of a soon-to-be 7-year-old going into first grade, certainly having in the back of my mind wanting to make sure this is going to be a safe year and that we're all prepared for that." 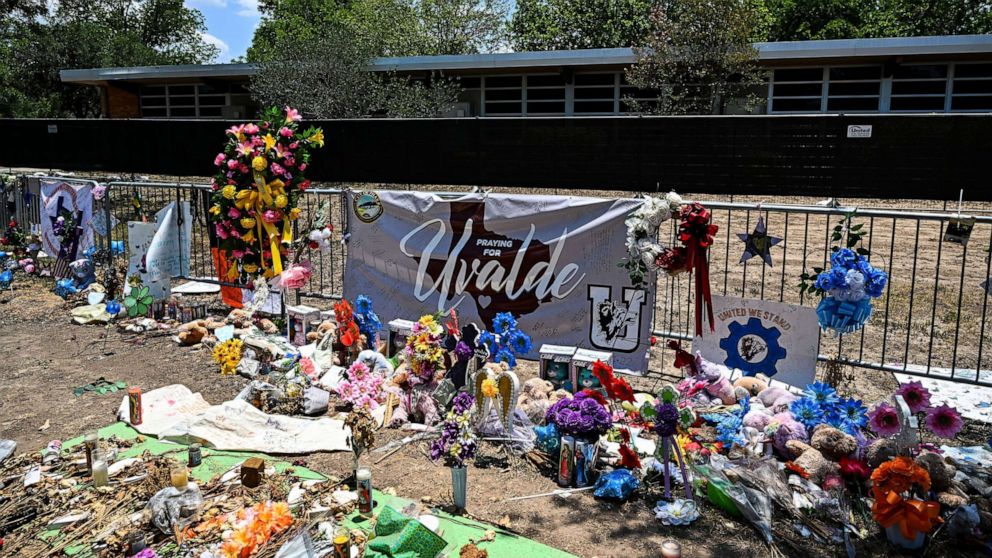 Chandan Khanna/AFP via Getty Images
Mementos decorate a makeshift memorial to the victims of a shooting at Robb Elementary School in Uvalde, Texas, June 30, 2022.

For parents who are feeling anxious about the start of the school year, Domingues recommends they talk with school officials about the safety plan in place, including drills during school.

"My top recommendation is really go with what the school is doing," she said. "I can totally understand parents wanting to be prepared and having an urge, potentially, to do the drills at home, but I think that could also potentially be counterproductive because what you might be saying may be slightly different than what is going to be done at school, and it can actually create potentially more chaos and place folks at risk."

Safe and Sound Schools, a nonprofit organization founded by parents who lost children in the Sandy Hook school shooting, recommends that parents find out what safety measures are in place at their child's school before talking with their child.

"For example, ask your school administration or school safety coordinator what types of drills students are participating in," the organization says in its online guide on school safety. "Learn what instructions are being given and the language used to explain these measures to students."

The organization also recommends parents spend time asking their child questions to help gauge "what information they are lacking" about school safety protocols.

"Some good opening questions are: What does your school do to help keep you safe? or What are some of the things your school is teaching you about safety?," the guide states.

"Sometimes preparing too far in advance can make an anxious child even more anxious," said Domingues. "If you're wanting to say anything at all, it can just be like, 'There's a lot of things you learn at school, and some of the things that you're going to be learning are about how we keep each other safe,' and leave it simple like that."

And while parents may have more anxiety than even their kids around school safety, Domingues said they can be helpful role models for their kids in how they handle their worry.

First, according to Domingues, parents should talk openly with their kids, on a developmentally appropriate level, about their worries.

"I do think talking about it can be really helpful because it helps to alleviate some of that anxiety, and it also helps kids to see how you're handling the situation too," said Domingues. "Often I say to parents to really get to a place where you're feeling calm -- you can still be very sad, angry that this is happening, anxious about it, even talk about it in that way, but also doing it in a way that's calm and where you're in control. That way you're modeling for your kids that it's okay to talk about your feelings. It's very appropriate and valid."

Domingues said it's also helpful for parents to talk to kids about events like school shootings so parents can make sure they are "at the forefront of the narrative" of what their child is hearing.

When it comes to helping kids cope with something like a school shooting or back-to-school anxiety, Domingues said it's important for parents to keep an open dialogue and ask questions to help gauge what is on the child's mind, or how much they know about an event.

Students and parents alike can also practice grounding to help cope with anxiety, focusing on what they see, hear, feel and smell right around them, according to Domingues.

Finally, Domingues said parents should be aware of possible signs that they or their child may need professional help coping with their concerns.

"As a parent, if you're dropping your child off and it's a thing that you're constantly thinking about throughout the day and it really is sort of impacting functioning in that way, it may be that you're looking to talk to somebody else about it," she said. "Really get some skills around how can I get through this anxiety in a way that's helpful so that way it is also helpful for my child."

For kids, if a child still has persistent problems after the first month of school with being comfortable going to school on a daily basis, the parent should reach out for help, according to Domingues.