"Simone will continue to be evaluated daily to determine whether or not to participate in next week’s individual event finals," the sport's national governing body said in a statement Wednesday. "We wholeheartedly support Simone’s decision and applaud her bravery in prioritizing her well-being. Her courage shows, yet again, why she is a role model for so many."

Jade Carey, who had the ninth-highest score in qualifications, will compete in Biles' place in the all-around on Thursday, according to USA Gymnastics.

Biles, considered the greatest gymnast in history, had qualified in all six of the women's gymnastics finals at the Tokyo Olympics -- team, individual all-around, vault, uneven bars, balance beam and floor. The 24-year-old was on track to win an unprecedented six gold medals during the Games, with the aim of becoming the first woman since 1968 to win back-to-back titles in the all-around -- a competition that tests individual gymnasts on each of the four apparatuses. 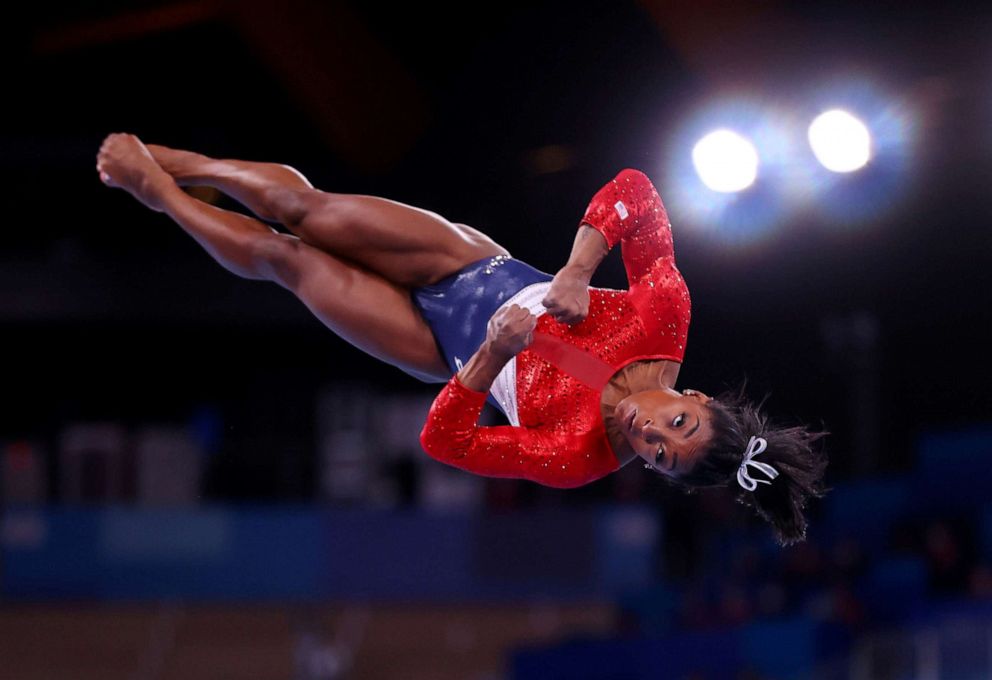 Lindsey Wasson/Reuters
Team USA's Simone Biles in action on the vault during the women's gymnastics team final at the Ariake Gymnastics Center on Day Four of the 2020 Summer Olympics in Tokyo, Japan, on July 27, 2021.

The decision came on the heels of Biles' early exit from the team final on Tuesday, after a rare stumble on her first vault. All eyes were on the reigning Olympic all-around gymnastics champion to see if she would attempt a Yurchenko double pike on vault. Instead, she bailed in the middle of her planned Amanar -- a Yurchenko with 2.5 twists -- and only completed a 1.5 twist, bringing down the difficulty level of her vault. She scored a 13.766, which was uncharacteristically low for her.

Afterwards, Biles spoke with her coach and a trainer before walking off the competition floor, leaving teammates Suni Lee, Jordan Chiles and Grace McCallum to finish the event. Team USA ultimately placed in second, winning a silver medal, while Russia's team took the gold.

The United States has medaled in every women's gymnastics team event at the Olympics since 1992.

USA Gymnastics said in a statement Tuesday that Biles withdrew "due to a medical issue." The Ohio native, who has previously said she feels "the weight of the world on my shoulders at times," later told reporters that she was not injured but wasn’t in the right headspace to continue.

"No injuries, thankfully, and that's why I took a step back because I didn't want to do something silly out there and get injured," Biles said during a press conference following the competition Tuesday. "So I thought it was best if these girls took over and did the rest of the job, which they absolutely did."

"Today has been really stressful," she added. 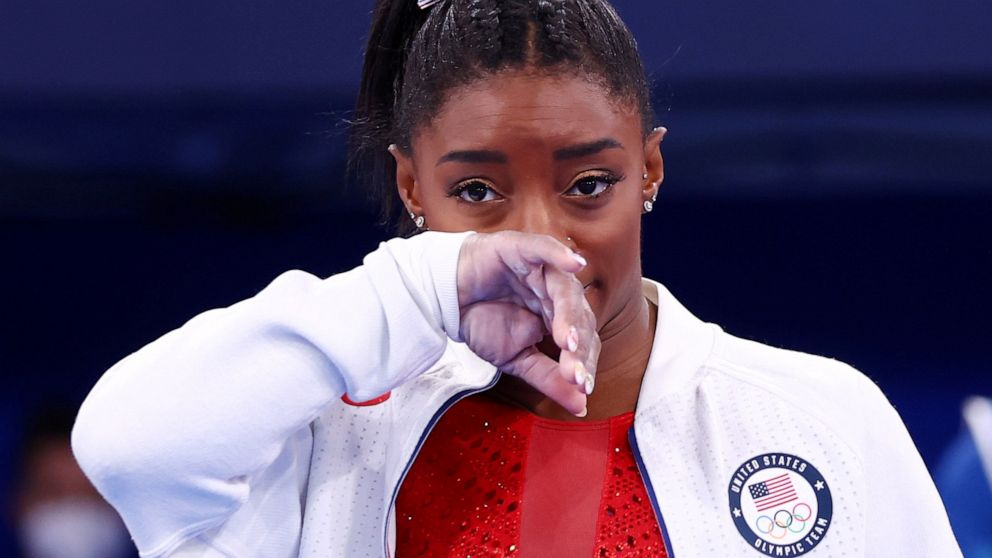 Mike Blake/Reuters
Team USA's Simone Biles is seen during the women's gymnastics team final at the Ariake Gymnastics Center on Day Four of the 2020 Summer Olympics in Tokyo, Japan, on July 27, 2021.

USA Gymnastics confirmed to ABC News on Wednesday that if Biles pulls out of the remaining events, teammate MyKayla Skinner would replace her in the vault final but no other gymnast from Team USA could step in for the floor, beam or bars competitions. Only two qualifying gymnasts from each country may participate in each event final.

The 2020 Summer Olympics in Tokyo are taking place under a regional state of emergency and stringent restrictions due to rising cases of COVID-19. The Games were supposed to be held last summer but were postponed because of the pandemic. All spectators -- domestic and foreign -- have been banned from Olympic venues in Tokyo during the Games, in an effort to reduce the risk of infection. Meanwhile, athletes and all those in close proximity have to undergo daily testing for the virus.

MORE: What are the COVID rules at the Olympics, from spectators to vaccinations?

Biles told reporters Tuesday that "it's been a long year" and the Games "as a whole" have been "really stressful."

"I think we're just a little bit too stressed out," she said. "But we should be out here having fun, and sometimes that's not the case."