Will Smith resigned his membership from the Academy of Motion Picture Arts and Sciences for slapping Chris Rock at the Oscars, the actor announced Friday.

Smith said in a statement he was "heartbroken" over the incident and "betrayed the trust of the Academy."

"The list of those I have hurt is long and includes Chris, his family, many of my dear friends and loved ones, all those in attendance, and global audiences at home," he said.

The move comes two days after the Academy's Board of Governors announced it is beginning disciplinary procedures against Smith over the incident. 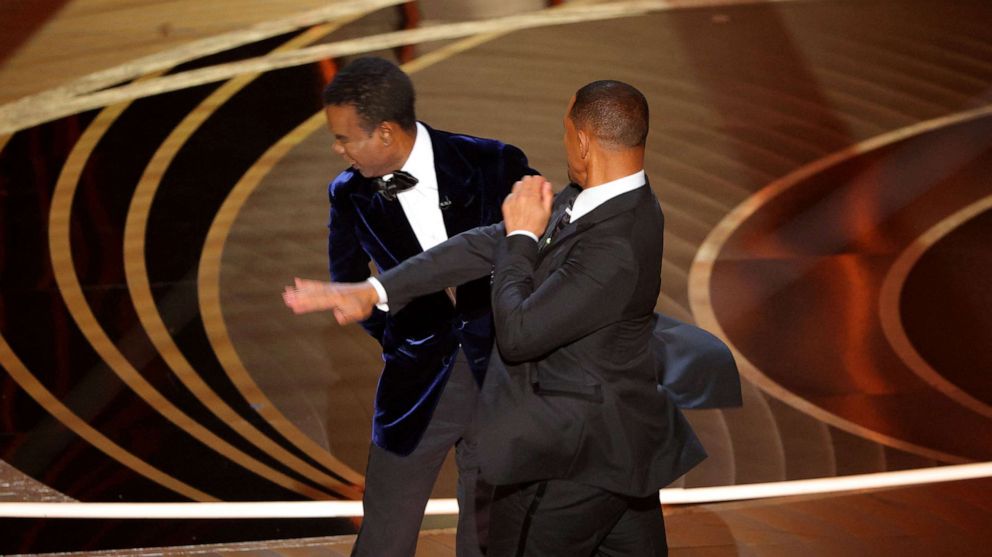 "I have directly responded to the Academy's disciplinary hearing notice, and I will fully accept any and all consequences for my conduct," Smith said in a statement. "My actions at the 94th Academy Awards presentation were shocking, painful, and inexcusable."

In resigning, Smith said he wants to "put the focus back on those who deserve attention for their achievements and allow the Academy to get back to the incredible work it does to support creativity and artistry in film."

MORE: Oscars producer Will Packer opens up about what happened behind the scenes after Will Smith slapped Chris Rock

He added that he will accept further consequences from the board.

"Change takes time and I am committed to doing the work to ensure that I never again allow violence to overtake reason," he said. 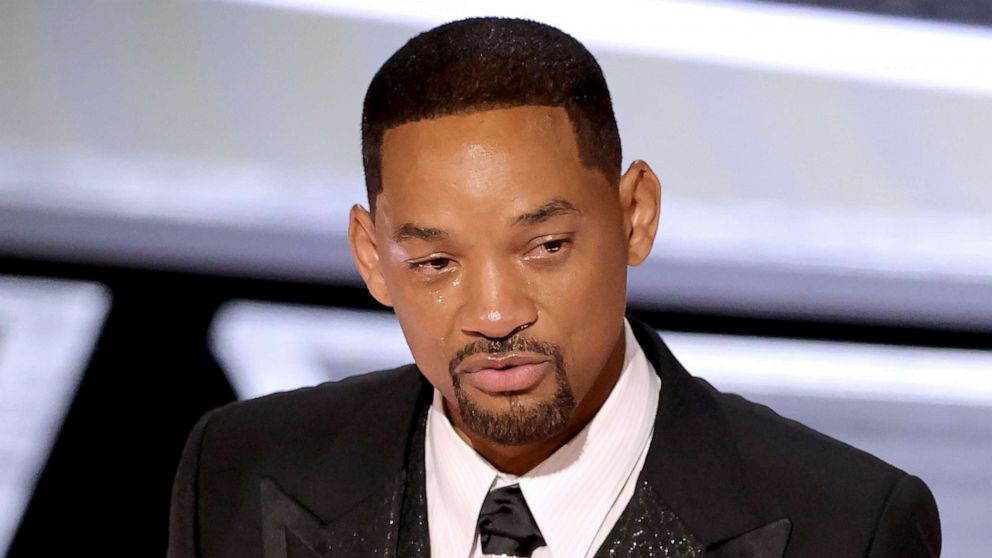 Neilson Barnard/Getty Images
Will Smith accepts the Actor in a Leading Role award for "King Richard" onstage during the 94th Annual Academy Awards at Dolby Theatre, on March 27, 2022, in Hollywood, Calif.

Smith went onto the stage at the 94th Academy Awards Sunday night and slapped Rock after the comedian made a joke about his wife Jada Pinkett Smith's hair. Back in his seat, Smith then shouted "Keep my wife's name out of your f------ mouth" twice.

Smith refused to leave following his confrontation with Rock, according to the academy, and would later in the evening go on to win best actor for his role in "King Richard." He apologized to the academy during his acceptance speech.

Smith formally apologized to the academy on Instagram the following day, saying, "I deeply regret that my behavior has stained what has been an otherwise gorgeous journey for all of us." 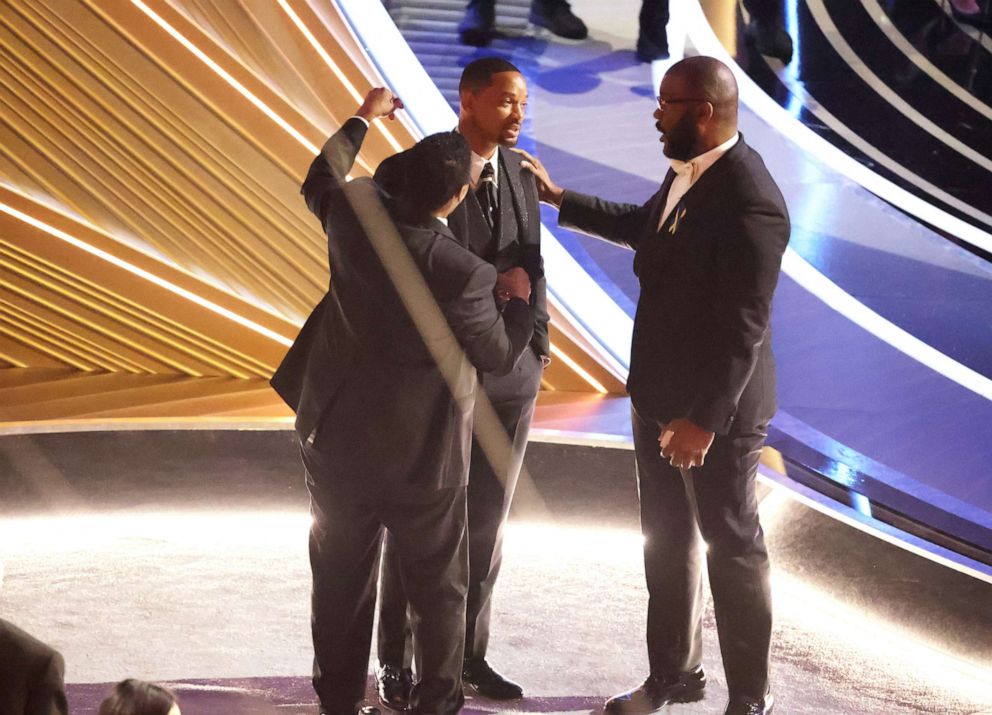 Myung Chun/Los Angeles Times via Polaris
Denzel Washington and Tyler Perry comfort Will Smith during the show at the 94th Academy Awards at the Dolby Theatre, on March 27, 2022, in Los Angeles.

The academy has more than 10,000 members, most of whom are eligible to vote for Oscar nominees. Membership is by invitation of the board and is limited to "those who have distinguished themselves in the motion picture industry," according to the academy.

At its board meeting on April 18, the academy said it may take disciplinary action against Smith, which could include suspension, expulsion or other sanctions.

In the days since the Oscars, many said they were still shaken by the incident. Comedian Wanda Sykes, one of the co-hosts, told Ellen DeGeneres in an interview to air April 7 that she was "sickened" by what went down on stage.

"For them to let him [Smith] stay in that room and enjoy the rest of the show and accept his award, I was like: 'How gross is this?'" Sykes said. "This is just the wrong message. You assault somebody, you get escorted out the building and that's it."

In an exclusive interview with ABC News' TJ Holmes on "Good Morning America," Oscars 2022 producer Will Packer said the Los Angeles Police Department was ready to arrest Smith, but that Rock was "dismissive" of the options police presented, insisting he was "fine."