By Rachel Scott, Tommy Brooksbank
Share —
Sign up for our newsletters to get GMA delivered to your inbox every morning!

This is the American dream.

Growing up in America, you're told to dream big and to work hard to have the opportunity to go to a good college, and ultimately land a good job. A college degree opens doors where everything was possible.

For many first-generation college students, the first in their families to attend college, the challenges can seem even more daunting, the hurdles even higher, the financial risks greater -- not to mention, the entire college experience is all the more intimidating.

But as the first in their families, these students have the honor of reshaping the future not only for themselves, but for their entire family, perhaps for generations to come.

"GMA" asked parents of first-generation students to write personal letters to their kids about their journeys and how much it means to them, and then surprised their sons and daughters with their heartfelt notes. 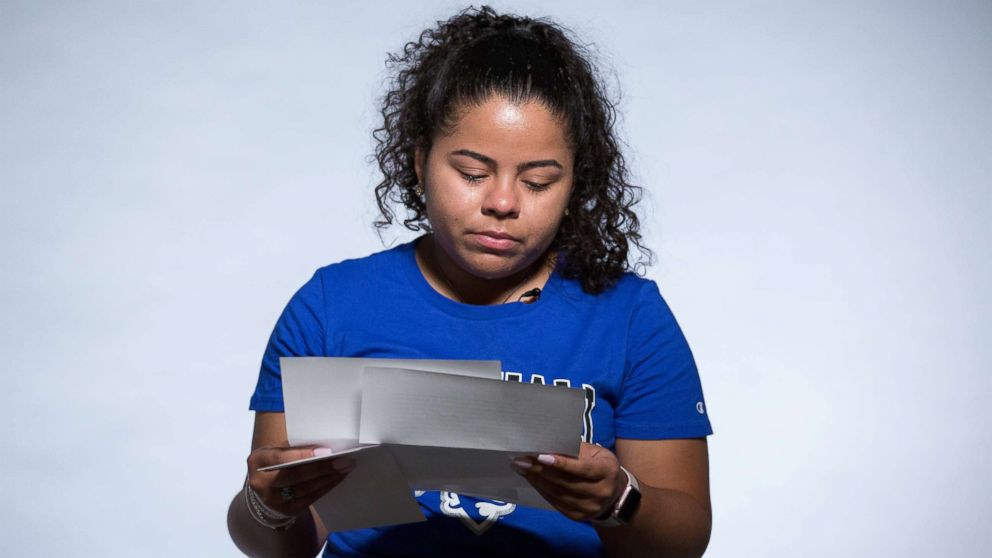 Elizabeth grew up in the Bronx with her parents and older brother. Her mom and dad finished high school, but had to work full-time once they graduated to support themselves. She said she wants to make her parents proud, but they have a different idea of success than she does. Knowing she has their support regardless of what field she decides to study makes all the difference.

"Going into college, I was nervous about making my parents proud because we have different definitions of success," Elizabeth said. "They want me to be an entrepreneur, but that's not what I want to do. Now I know I have such a great support system. It makes me feel so good to know I have their backing even if I make career decisions they don't necessarily want for me." 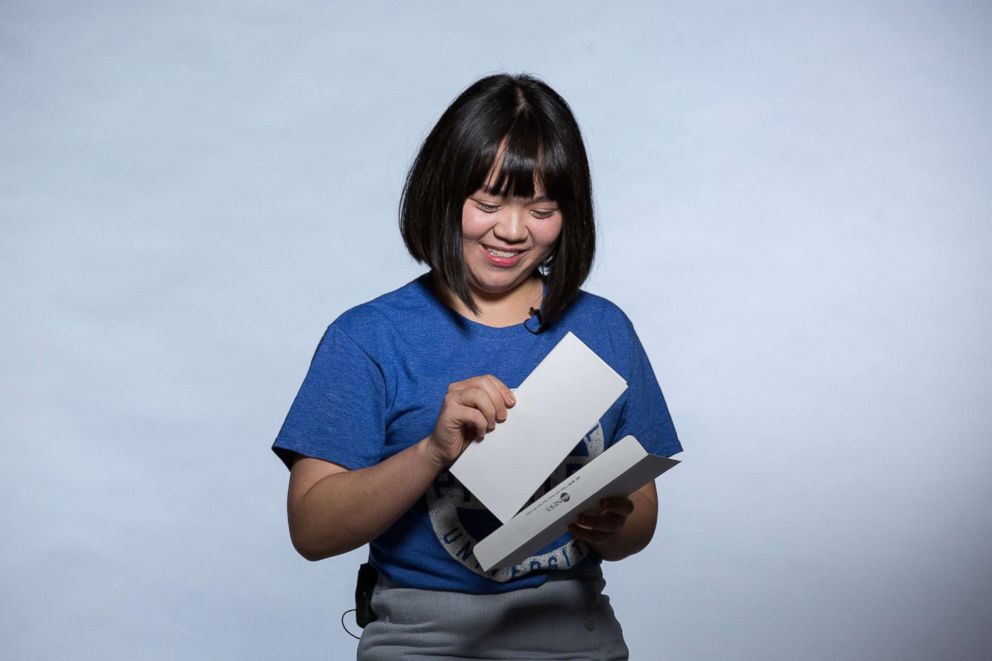 Both of Karmen's parents live in Malaysia and work to support her and her two brothers' education. She says it's tough to talk to them regularly because of the time difference and the long hours they work, but every time she hears their words of support it makes the distance seem worth it.

"We keep writing letters back and forth from time to time, and every time when I receive this kind of letter, it keeps me really grateful that I have my parents behind me," Karmen said. "I just can't wait to make them happy again when I graduate from Seton Hall." 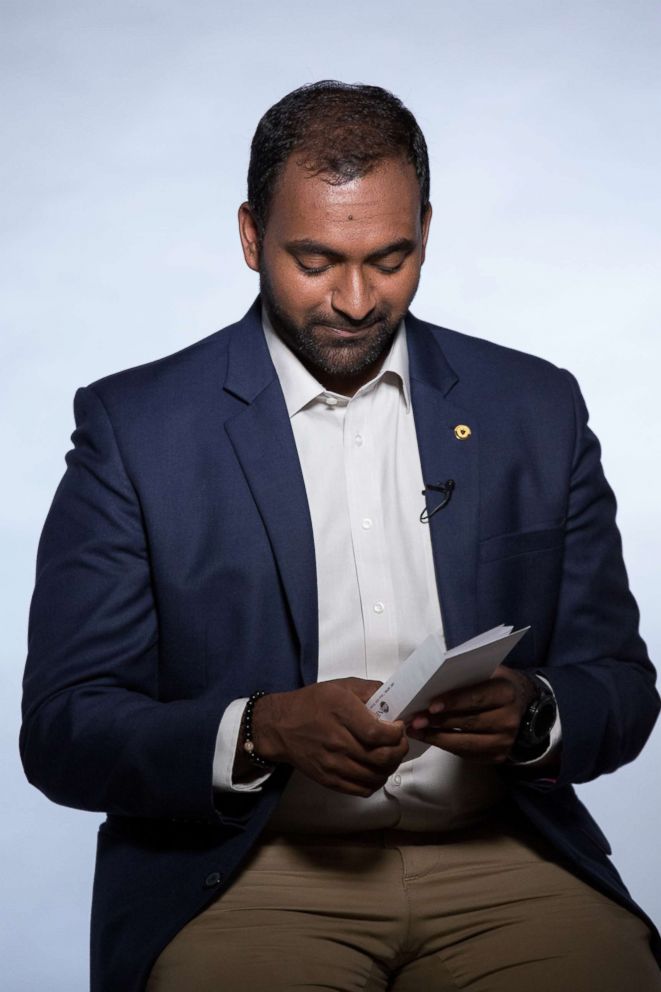 Yugi's parents met in the United States after emigrating from Guyana. His father died when he was 14 years old. Two years ago, his mother had a brain aneurysm. Yugi says his parents made many sacrifices to help him succeed, so much so that the challenges he faced as a first-generation college student seemed to pale in comparison.

"Sometimes you need to ask a question, and there's just no reference point for you," Yugi said. "So a lot of it is paving the way, but if my parents weren't brave enough to pave the way for myself, I wouldn't have been able to go earn a college degree in the first place." 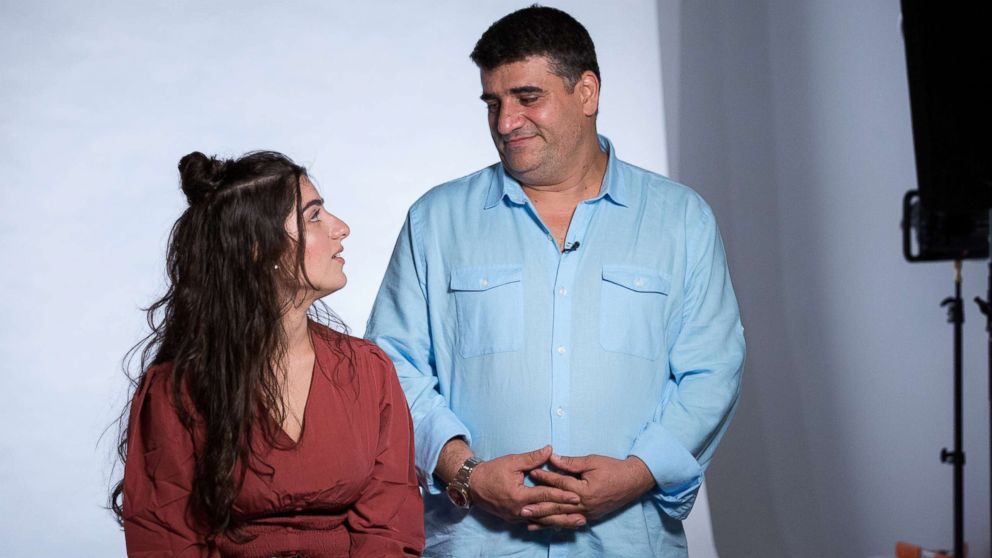 Yeliz and her younger sister have lived in Brooklyn their entire lives. Her parents immigrated to the United States from Turkey. She said her parents are incredibly supportive and proud of her, but there is an information barrier when it comes to college.

"There are things I can't turn to my parents about because they don't know what to tell me," Yeliz said. "They know nothing about the education system in the U.S. But having other students who are in a similar situation to me helps because they're going through the same struggles." 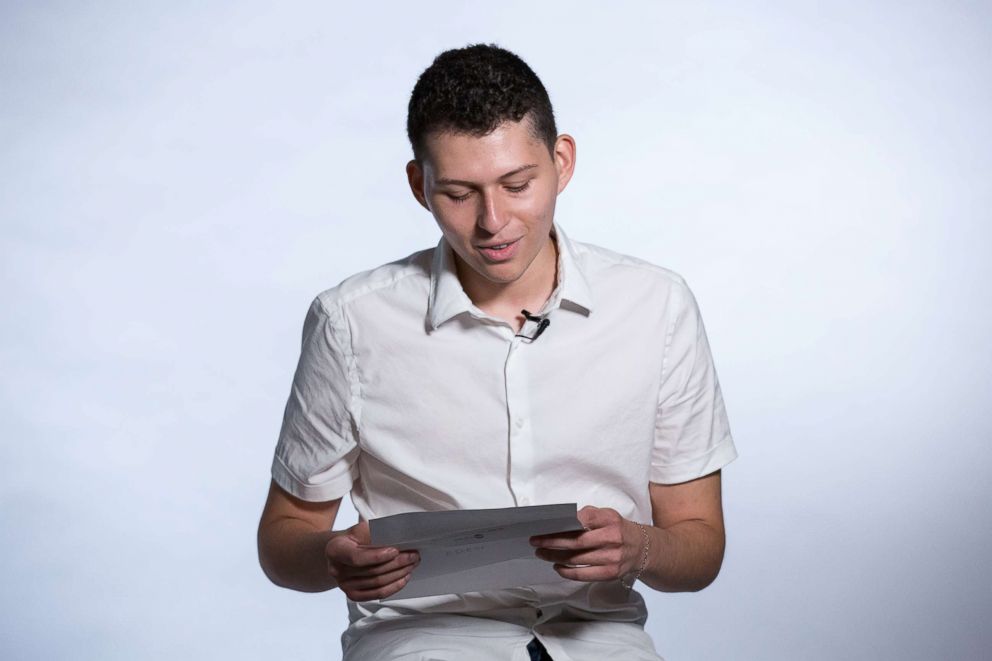 Eden was born and raised in the Rogers Park neighborhood of Chicago. He is the youngest of four sons raised solely by their mother. His father has never been on the scene. Eden has been awarded multiple scholarships to help make his journey at Parsons possible.

"My family has this belief in me, and it's worth more than money," Eden said. "Everything I do is for them so it's really amazing to hear what my mom thinks and that she believes in me." 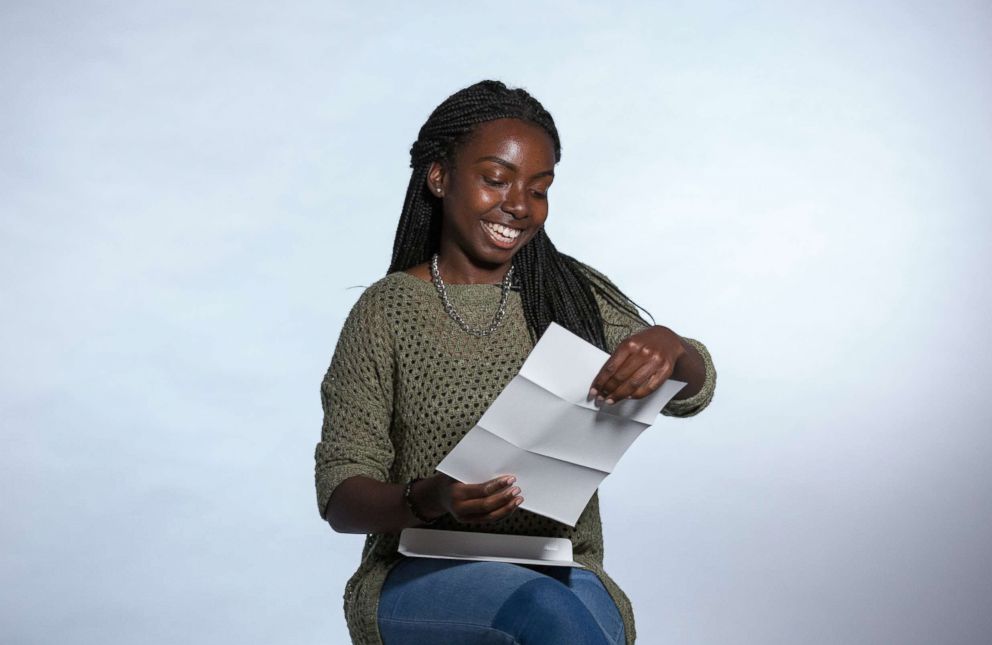 Kiara and her three younger siblings were raised by a single mother. Both her mother and her youngest brother suffer from autism. She said being away from the family can be difficult because of the daily struggles her mother and siblings face. But hearing her mom's letter keeps her dedicated to finishing her education.

"I owe everything to my mom," Kiara said. "She raised me by herself off of nothing. It can be painful knowing just the fact that I'm going to an elite university means I have a higher standard of living than my own family. But I'm hopeful that I can use my education to make things better for my family." 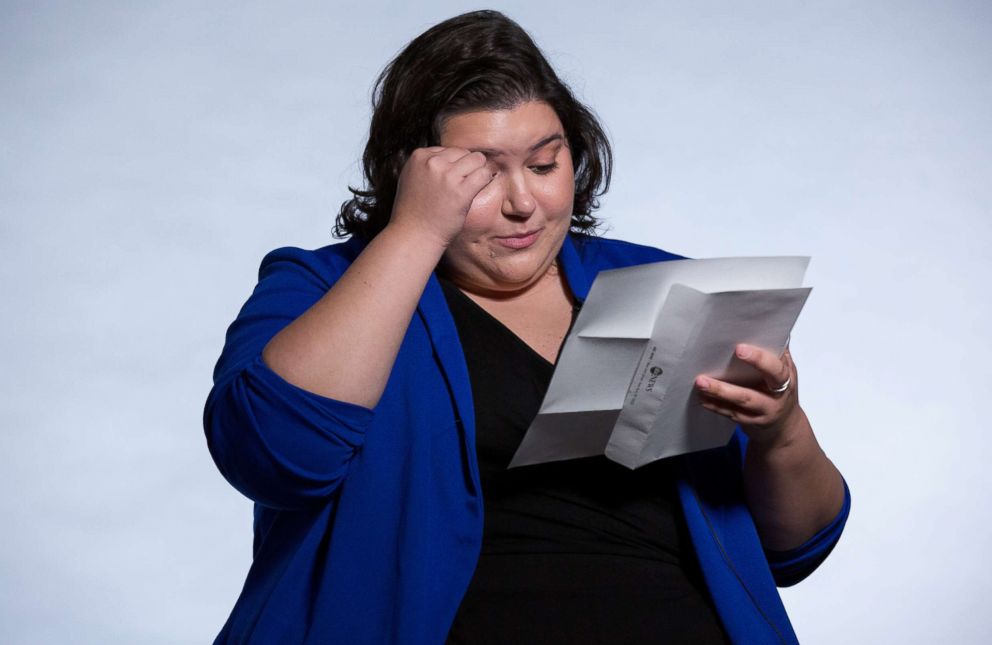 Kai grew up in a Hasidic Jewish neighborhood in Brooklyn. She had no secular education growing up. Her elementary school did not teach her how to read or write in English. She said her family tries to be encouraging about her college journey, but they don't understand many of her daily struggles.

"They don't really have advice for me about college," Kai said. "It's so outside their realm it might as well be Mars." 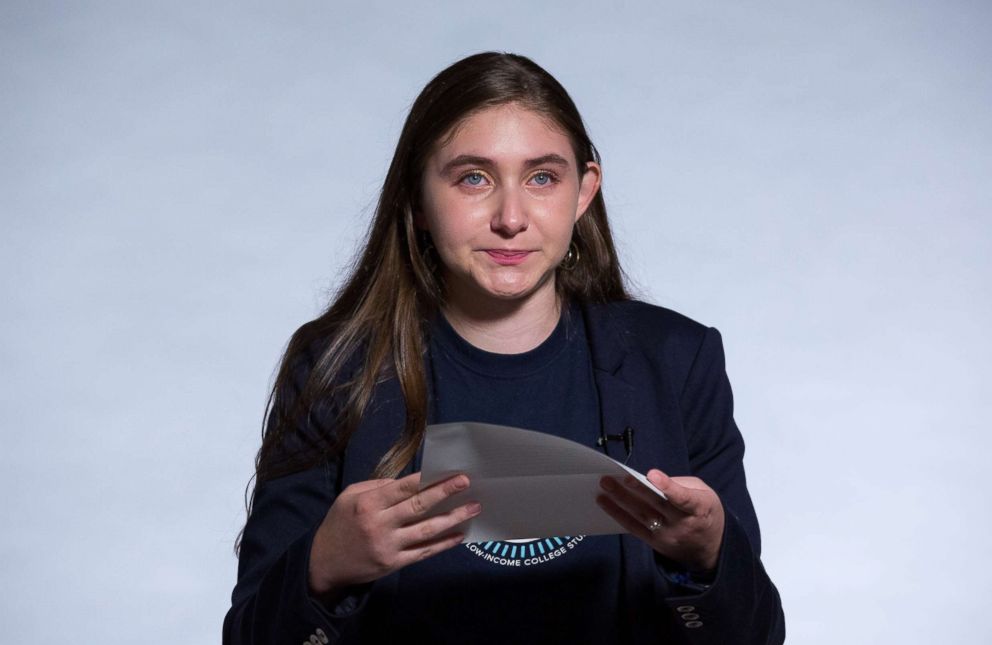 Catherine comes from a single-mother household. Her mom emigrated from Columbia and knows little English. She feels an immense amount of pressure to succeed, not only from her family but the entire community where she grew up.

"Knowing that everyone is riding on my back is a lot," Catherine said. "I'm the first one that's made it out of there in a really long time. It means I not only have myself and my family to think about, but the 70,000 people from my hometown who are hoping that I can come back and do big things. It's so much pressure that sometimes I feel like everything is going to fall apart and I'm not going to be able to do it."