The U.S. won silver in the women's gymnastics team competition at the Tokyo Olympics after Simone Biles left the competition early following a rare stumble on vault Tuesday.

She did not compete in the rest of the competition for the team event.

MORE: How USA Gymnastics has changed since the Larry Nassar scandal

USA Gymnastics said in a statement, "Simone has withdrawn from the team final competition due to a medical issue. She will be assessed daily to determine medical clearance for future competitions."

"Physically, I feel good, I'm in shape," Biles told "Today" after the competition. "Emotionally, that kind of varies on the time and moment. Coming to the Olympics and being head star isn't an easy feat, so we're just trying to take it one day at a time and we'll see." 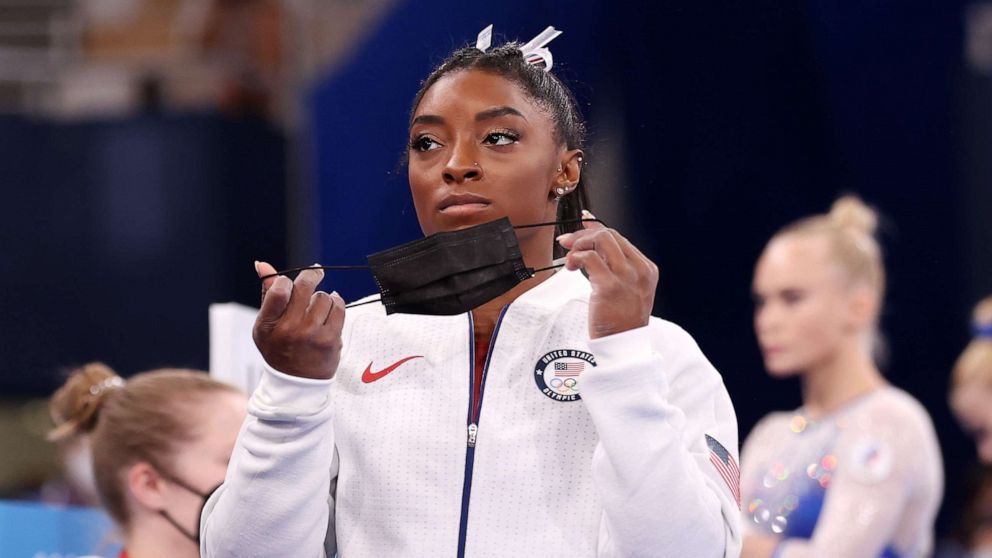 Laurence Griffiths/Getty Images
Simone Biles of Team United States looks on during the Women's Team Final on day four of the Tokyo 2020 Olympic Games at Ariake Gymnastics Centre on July 27, 2021 in Tokyo, Japan.

All eyes were on Biles to see if she would attempt a Yurchenko double pike on vault. Instead, as the Americans opened competition on vault, Biles bailed in the middle of her Amanar attempt, bringing down the difficulty level of her vault.

After that vault, Biles spoke with her coach and a trainer. She left the competition floor and returned as her teammates were preparing for uneven bars. She went on to stand by her team, wearing sweats and cheering them on for the rest of the event. 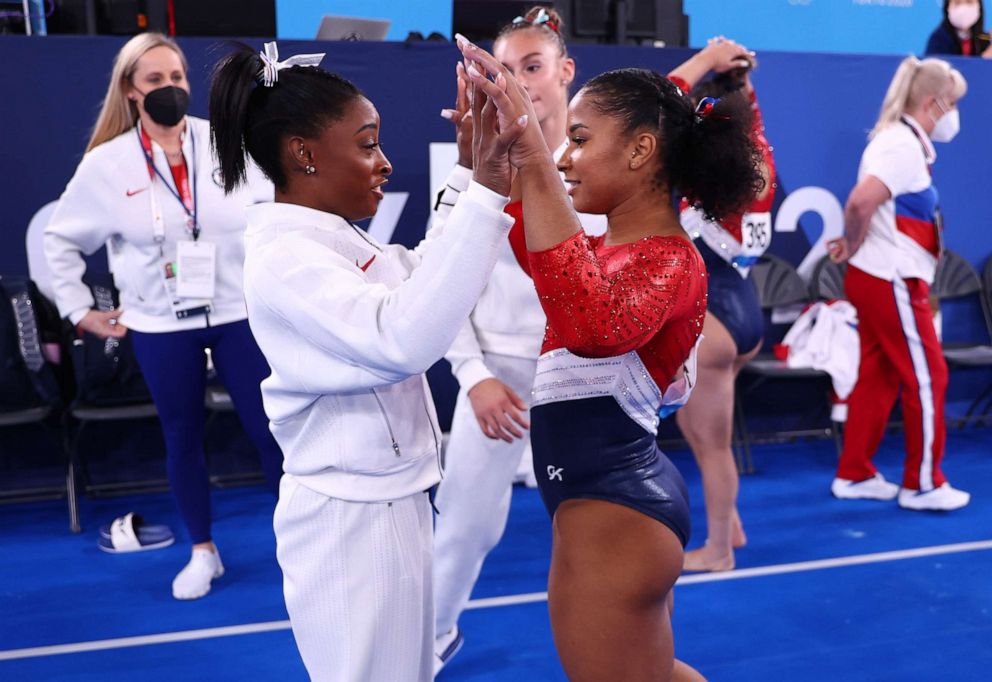 The U.S. women's gymnastics team was competing in the team finals at the Tokyo Olympics on Tuesday, seeking to bring home the gold for the third time in a row.

The athletes from Russia came out on top, beating the Americans' cumulative score by more than three points. Great Britain won bronze.

This was one of the strongest gymnastics teams the world has seen, led by all-time great Biles and uneven bars phenom Sunisa Lee. The team was rounded out by Jordan Chiles, who's powerful on floor, and Grace McCallum. 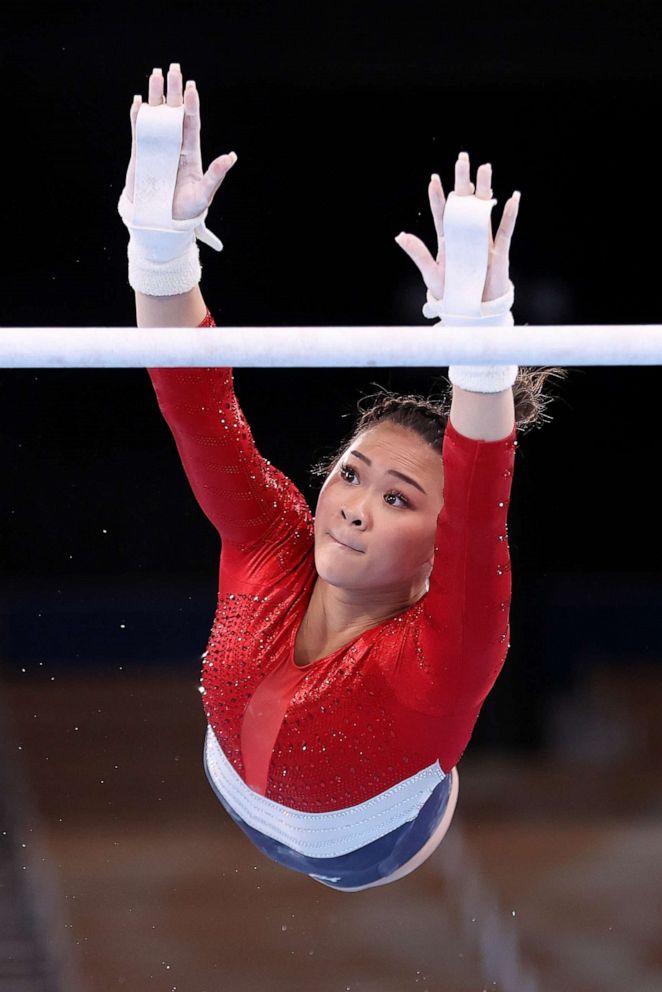 Laurence Griffiths/Getty Images
Sunisa Lee of Team United States competes in the uneven bars during the Women's Team Final on day four of the Tokyo 2020 Olympic Games at Ariake Gymnastics Centre on July 27, 2021 in Tokyo, Japan.

During qualifiers for the final this past weekend, the Americans were surpassed by athletes from Russia competing under the Russian Olympic Committee (ROC).

"I truly do feel like I have the weight of the world on my shoulders at times," Biles posted on Instagram after the qualifying event. "I know I brush it off and make it seem like pressure doesn't affect me but damn sometimes it's hard hahaha! The olympics is no joke!"

The U.S. has medaled in every women's gymnastics team event at the Olympics since 1992. That included three golds, two silvers and two bronzes.

In the team event, three athletes from a four-person team compete on each apparatus. For the women, this includes balance beam, uneven bars, vault and floor.

The U.S. men's gymnastics team came in fifth at their final Monday.

Both individual American men and women will have more opportunities for medals as the all-around and apparatus finals take place later in the Games. While Biles had qualified for those individual events, it remains to be determined if she will be able to compete.