Check out some of the celeb looks from the carpet.

Larson wore a custom lilac Celine gown to the premiere. 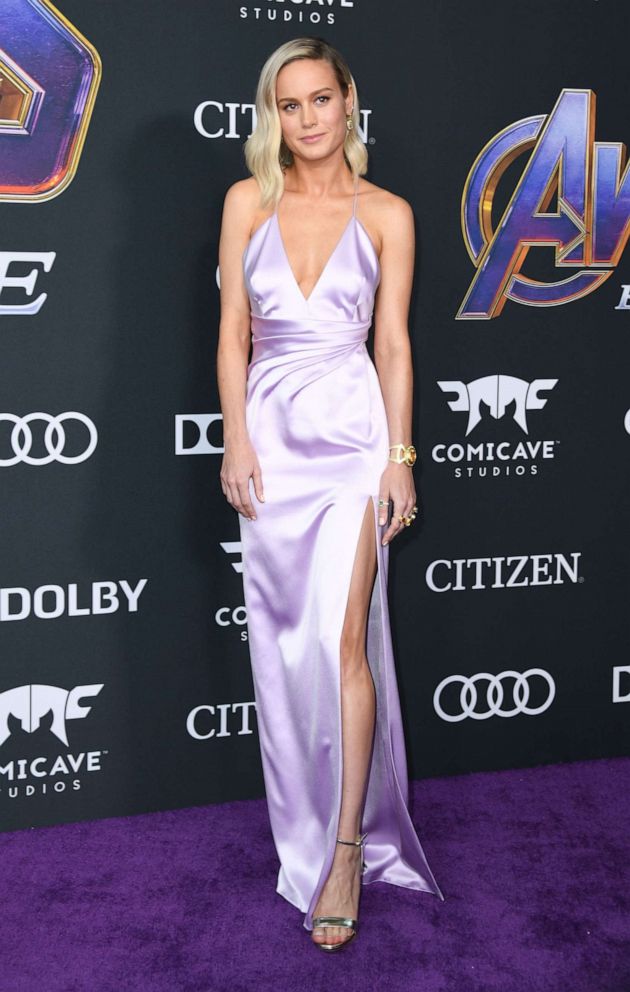 She shared a close-up of her custom Infinity Stones-inspired Irene Neuwirth jewelry, which included five rings and a bracelet, on Instagram.

Like Larson, her jewelry also had a unique take on the movie's Infinity Gauntlet. 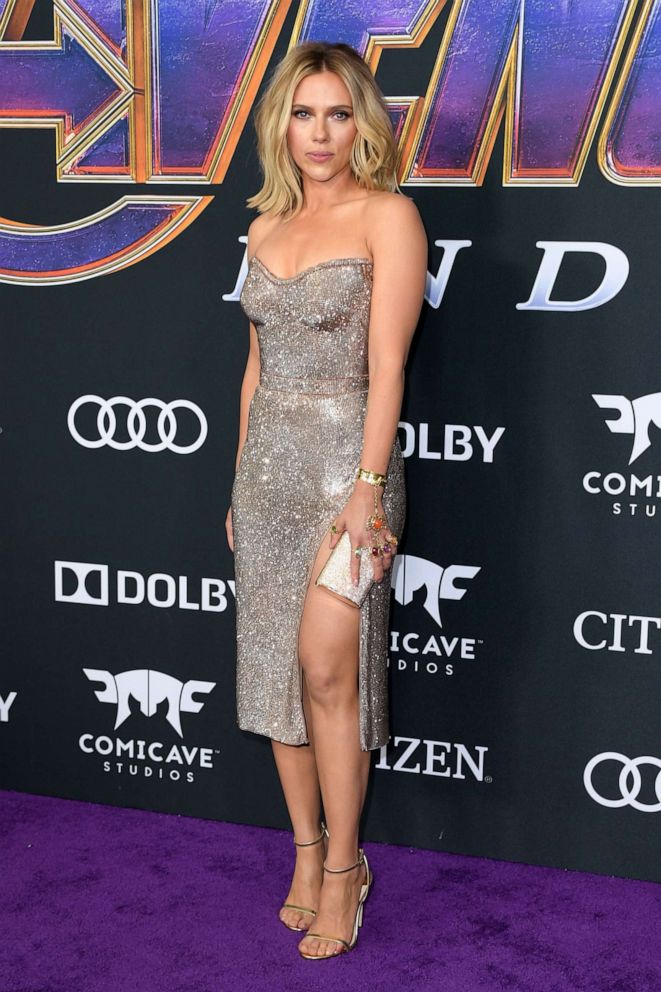 Johansson's makeup artist, Frankie Boyd, shared a closeup of her.

Gurira, who will reprise her "Black Panther" role, Okoye, in the upcoming "Avengers" film, wore a pink Oscar de la Renta gown to the premiere. 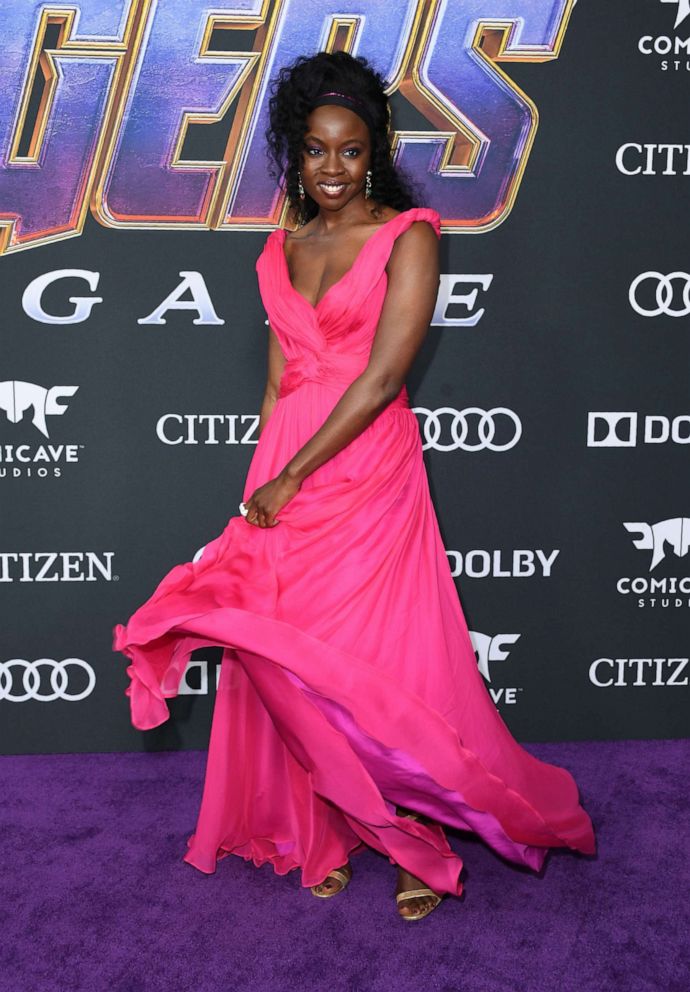 Portman, who appeared in Marvel's "Thor" and "Thor: The Dark World," made a surprise appearance at the "Avengers" premiere. 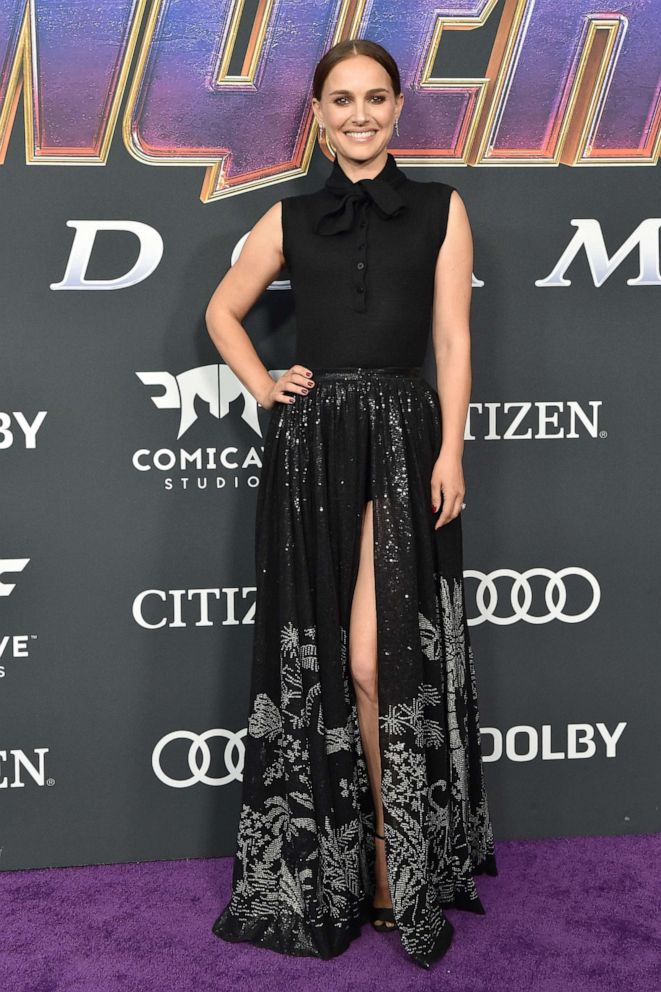 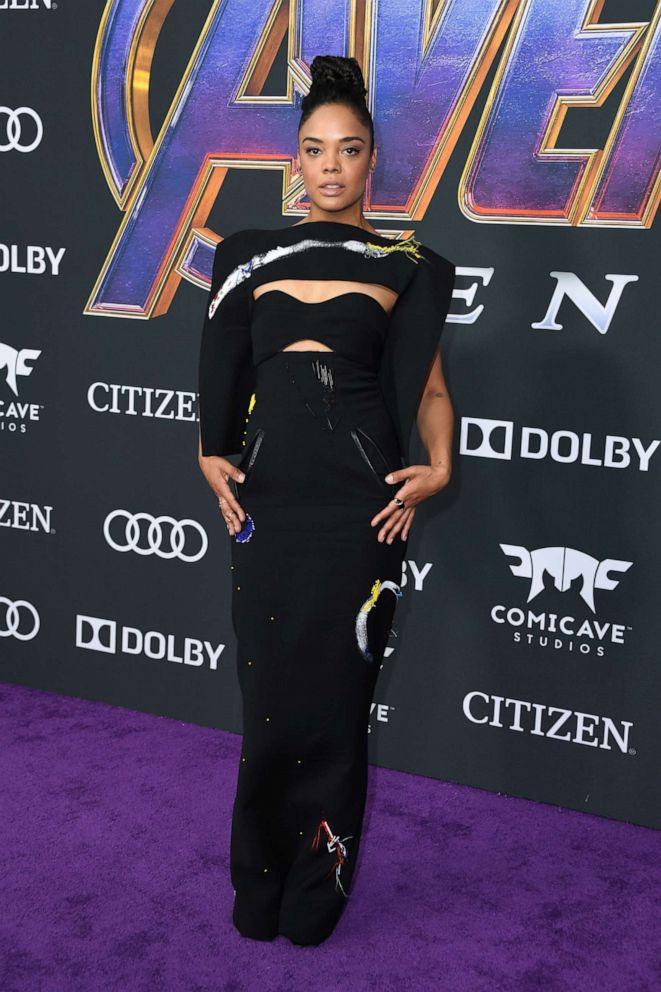 Paltrow, known as Pepper Potts in the Marvel universe, wore a blazer look from G. Label, which is part of Goop, her lifestyle company. 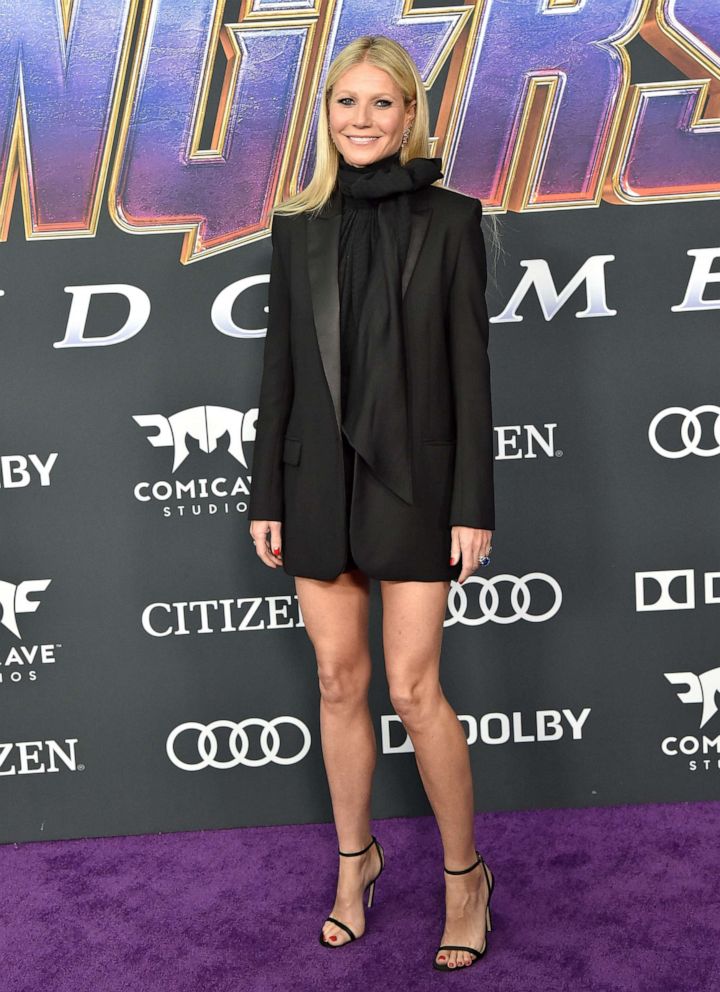 She shared her sneak peek of her look on the way to the premiere on Instagram.

On my way to the #avengersendgame red carpet in #glabel 💘

The couple made an appearance at the star-studded event, with Cyrus wearing a unique, cutout Saint Laurent gown for the occasion. 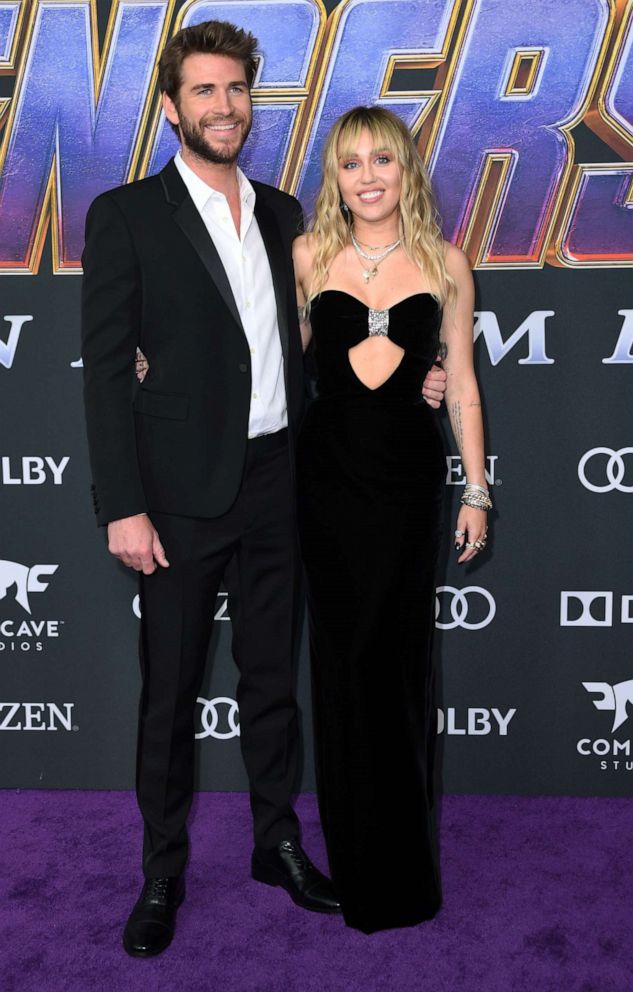 Saldana, who is known as Gamora in the "Avengers" world, shined in a purple Givenchy gown at the premiere. 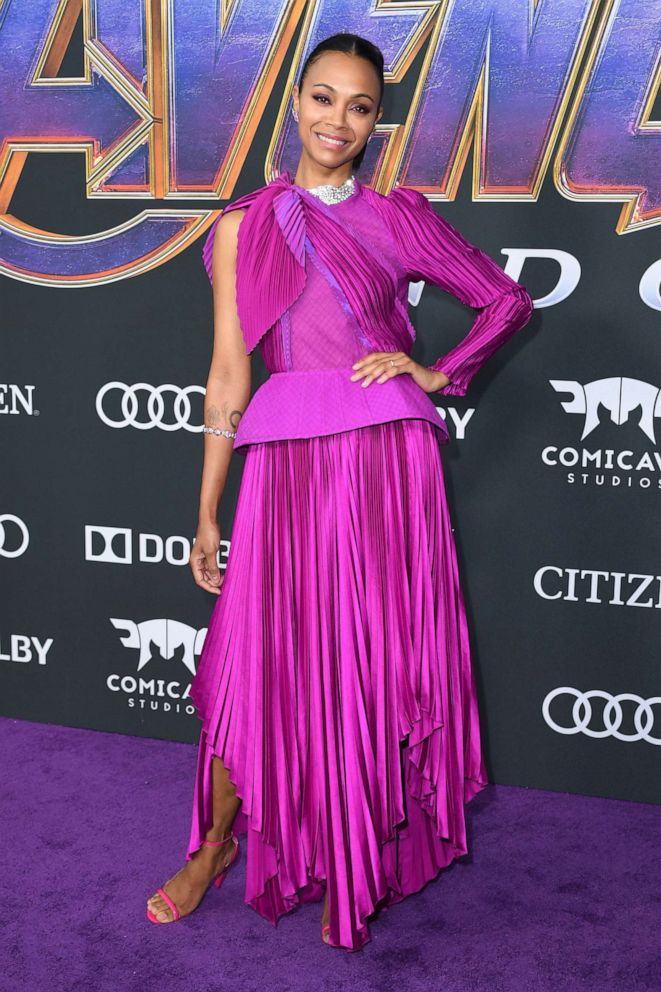 Her hairstylist shared close-ups of her red carpet glam.

💗She truly is a goddess! @ZoeSaldana st the premiere of #AvengersEndgame I chose a sculptural updo to with twists & turns (plus a fun little detail) to highlight the gorgeous @givenchyofficial dress detail💞

The engaged couple made their red carpet debut at the film's world premiere. 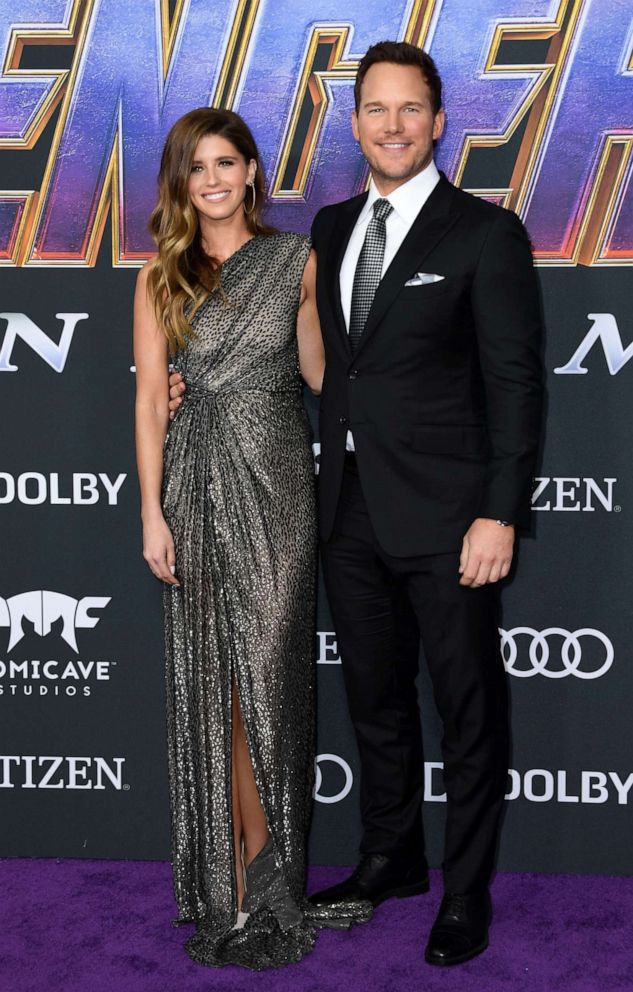 ABC News and Marvel Studios are both part of parent company Disney.