The wait is over for "Coming 2 America," the sequel to Eddie Murphy's classic comedy from 1988, and Paakow Essandoh, a Black fashion designer who partnered with Paramount Pictures to create African-inspired jerseys ahead of its release, offers another way for fans to celebrate.

"Eddie Murphy made it cool and funny to be African and I, for one, have to appreciate that," Essandoh told "Good Morning America."

The Zamunda-themed jerseys are based on the fictional African kingdom from the original "Coming to America" and the sequel.

When the first film was released, Essandoh wasn't even born yet. Still, he said he grew up in a household that often watched Black films like "Coming to America."

The 26-year-old from Brooklyn, New York, whose family is from Ghana, said his African heritage inspired his journey to launch his clothing line, Mizizi, which means "roots" in Swahili, and which he described as a streetwear brand for the African diaspora.

African-inspired films have become a cultural phenomenon impacting millions across the U.S., but Essandoh said there was one thing missing to go with movies: clothes. 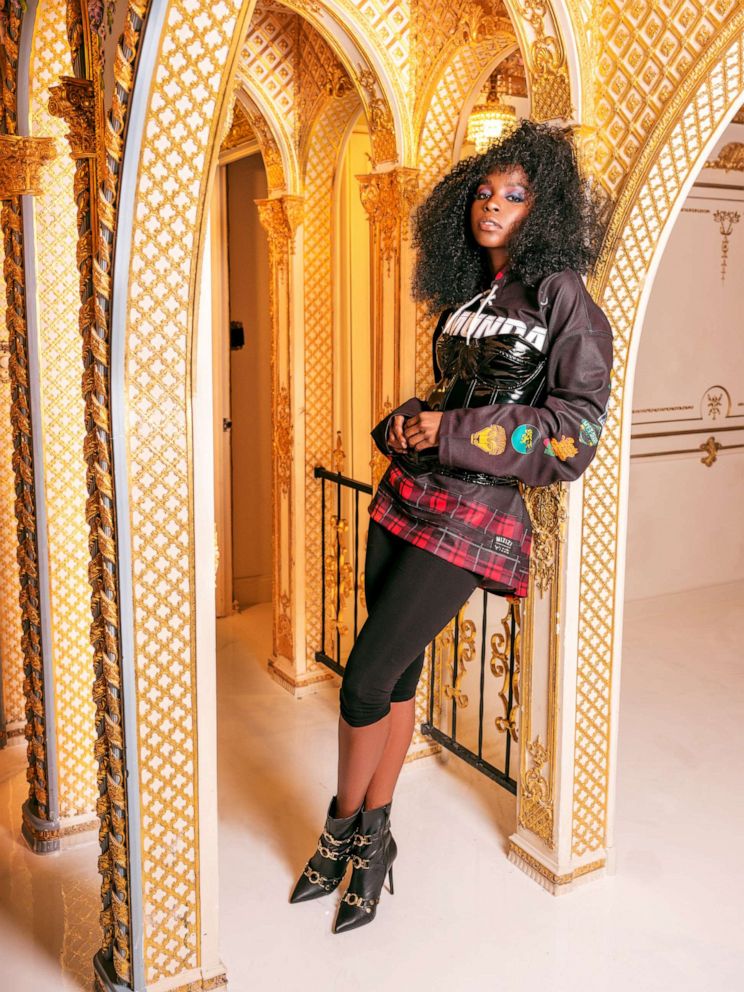 "When Marvel announced 'Black Panther,' everyone was on Twitter talking about what they were going to wear to the movie theater," Essandoh said. "So I created jerseys."

Gerald Yarborough, an art director overseeing adult super fan licensing at ViacomCBS, said the company and Essandoh sought each other out for the collaboration.

"Viacom was looking for minority ... communities who could speak authentically to the brand," Yarborough said. "Paakow and his brand, Mizizi, provided that."

Yarborough said culturally based consumer products like Mizizi's jerseys allow fans to connect with films beyond the screen.

"All the films tell the story on the screen and what consumer products can do is authentically carry that story on to people's lives. So, the fan always has something to take home with them after the film is over," Yarborough said. 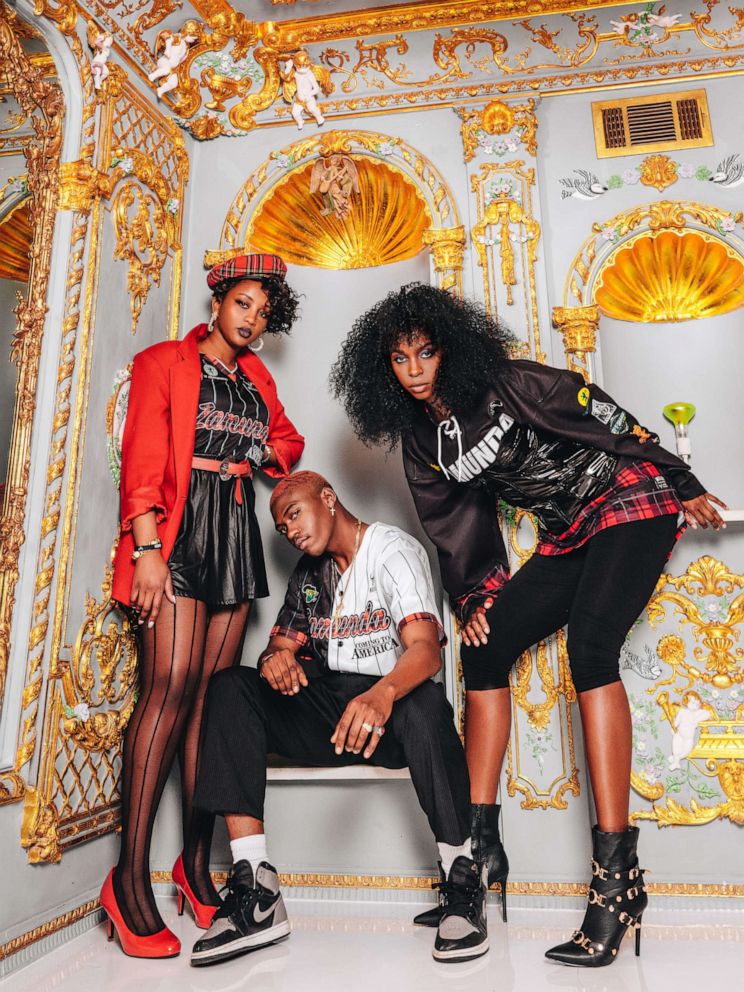 Yarborough and Essandoh worked closely to intertwine Zamunda into the fabric of the garments, using such bold colors as red, green and black to represent the Pan-African flag. The artist intentionally incorporated elements from the original film to highlight Black opulence and royalty within the four jersey styles.

"You'll see the McDowell's plaid kind of layered in there very subtly," Yarborough explained. "You'll see little hints like the Soul Glo logo and other elements for those people that grew up with the first movie."

"Even though we're going into movie two, those are still things that people remember," he added.

Mizizi has worked to incorporate the heritage from films such as Marvel's "Black Panther" and Disney's 2019 version of "The Lion King" into his clothing brand. The young designer detailed his journey to work with Marvel for "Black Panther" after taking to Twitter calling on Marvel for a potential collaboration.

We decided to bring your idea to life. #WakandaForever @MiziziShop x @Marvel

Essandoh said the idea to launch Mizizi emerged through personal challenges, including the lack of diversity and isolation he experienced during college.

"I was trying to make friends with other Black people, and I did that by using jerseys to represent and connect Black cultures," Essandoh said.

MORE: How fashion choices at the inauguration made a statement

The young designer explained that he used streetwear clothing as an introduction to connect with more people on campus and in extracurricular activities.

In addition to the Zamunda-styled jerseys, Mizizi has created different culturally styled athleisure. 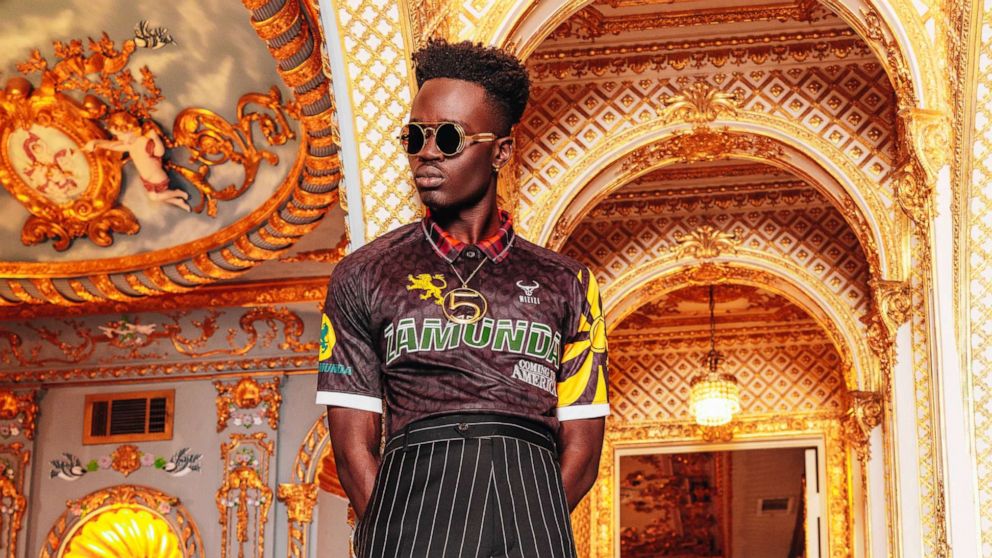 "There are different nuances for every jersey, such as the Juneteenth jersey, which mirrors the colors of the African flag," Essandoh said. "It allows the audience to ask and learn about the culture based on the jerseys."

"It's very crucial that we have Black artists, Black designers and minorities at the table because we're speaking to our culture," Yarborough said. “What better voice would you want speaking to your culture than that of your own?"

Essandoh credits his inspiration and ambition to other Black creatives and designers, including Kerby Jean-Raymond of Pyer Moss, Edward Enninful of British Vogue and Oscar-winning costume designer Ruth Carter.

"It's insane seeing how big of a cultural impact these films had in the past," Essandoh said. "To be influencing the culture feels empowering."

Walt Disney is the parent company of ABC News and "Good Morning America."