NYC-based designer Christopher John Rogers created Harris' dress and coat combo and thanked her for the opportunity on Instagram.

"Thank you, Madam Vice President," Christopher John Rogers wrote in an Instagram post. "We are so honored and humbled to have played a small part in this historic moment."

Harris' look was completed with a pearl necklace, which has been a longstanding signature accessory for Harris.

"Pearls symbolize our founders, and pearls symbolize the elegance of women, but also pearls are formed in oysters and oysters come from irritation. They represent resilience, and that's who we are as Alpha Kappa Alpha women," Jill Louis, a member of the Alpha Kappa Alpha sorority at Harris' alma mater, Howard University, told Robin Roberts on "Good Morning America."

Many women across the nation have also come together to wear pearls to honor Harris' historic win. 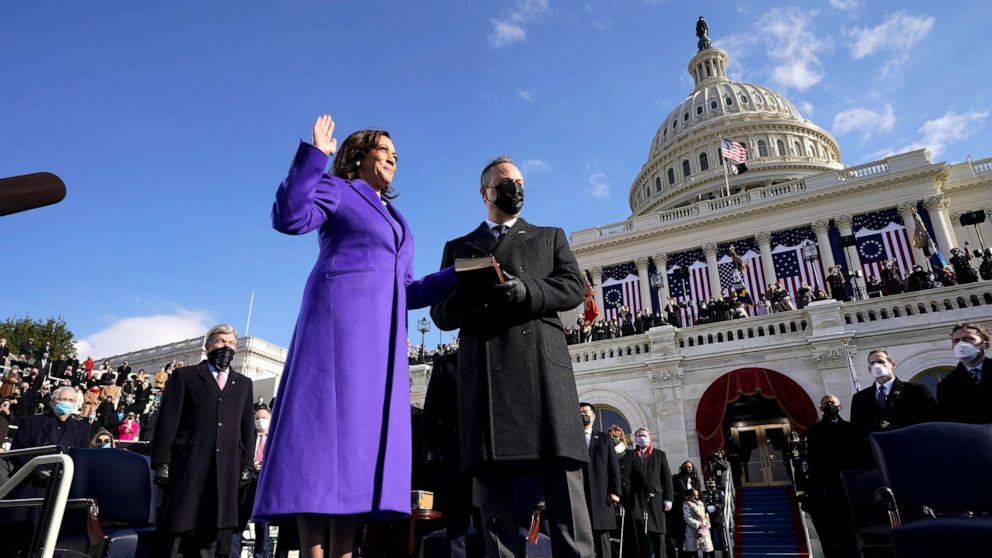