There are models, and there are icons. Kim Kardashian's latest SKIMS ad features the latter.

This is the first time this legendary lineup has been photographed together, and they all are seen wearing an array of beige, brown and tan undergarments from the brand's Fits Everybody collection.

Kardashian revealed the campaign on Instagram, sharing how she wasn't supposed to be in the campaign, but stopped by the photoshoot and jumped in because "it was too iconic."

With the Icons Campaign, there is an aim to salute strong, powerful women, highlighting the high fashion collective's prestige with the brand's Fits Everybody Underwear, which makes all women feel like icons, the company said.

Kardashian selected each icon with the idea that every woman acts as an ongoing source of personal and professional inspiration, according to a statement from the company.

"Tyra, Heidi, Alessandra and Candice have each played such a distinct and everlasting role in shaping the industry," Kardashian said in a statement. "Outfitting these incredible women in our Fits Everybody underwear collection is truly a full circle moment for me."

She continued, “Our underwear is such a game changer and has been our best-selling collection since we launched -- it stretches to twice its size and is so comfy it just molds to your body so it fits everyone perfectly. I’m thrilled to celebrate these women alongside a collection that our customers adore." 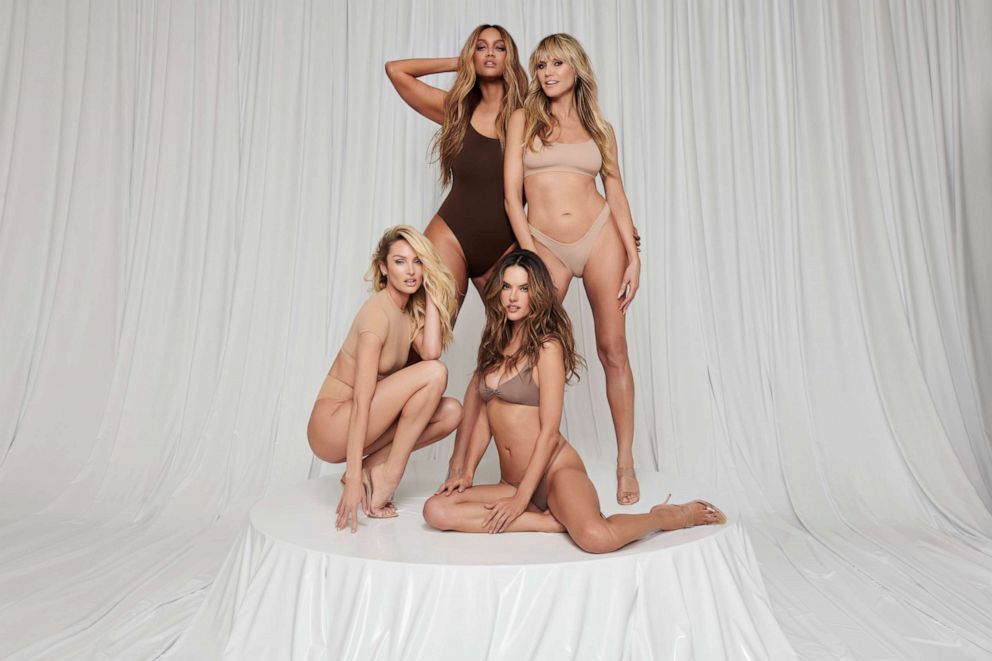 Photographed by Sandy Kim and Greg Swales, the imagery will be featured in multiple cities during a media rollout through Miami, Chicago, New York City, Los Angeles and San Francisco.

This news also follows SKIMS recent announcement of entering the swimwear category in March. The initial launch included 19 styles and seven vibrant colorways that can mixed and matched.