Former first lady Michelle Obama was praised this week for wearing braids as she attended the unveiling of her and former President Barack Obama's White House portraits.

She was photographed Wednesday wearing a deep rouge custom look by Christy Rilling, Briony Raymond drop earrings and her braids pulled back in a low chignon style.

"Something that will mean ALOT to Black people across the country: Former First Lady Michelle Obama wearing braids at the unveiling of her official White House portrait," Politico White House correspondent Eugene Daniels tweeted alongside a photo of the former first lady standing next to her portrait. 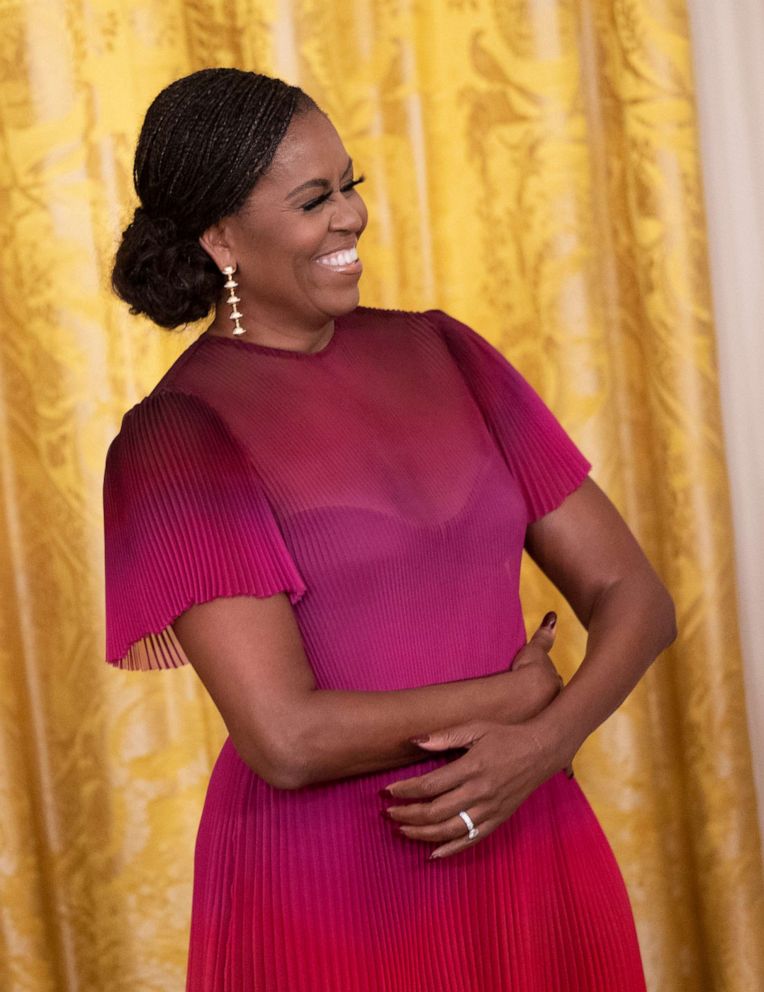 Others shared compliments on Michelle Obama's hair in the comments of Daniels' tweet.

"Immediately recognized that and so proud of her celebrating ALL the beauty of Black women," one Twitter user wrote.

Adjoa B. Asamoah, a political and social impact strategist and advocate of the CROWN Act, which aims to "Creating a Respectful and Open World for Natural Hair" and prevent hair-based discrimination, and a former adviser on President Joe Biden's 2020 campaign, also shared her thoughts on the former first lady's look.

"Folks will see many things in this picture. I do too, but I lift a beautiful @MichelleObama in braids, which means a lot to Black girls & women -- including ME as the one who conceptualized and leads the CROWN Act movement," she tweeted. "We're not JUST changing laws. We're also shifting culture!"

In 2019, California became the first state to legally ban natural hair discrimination, and since then 18 other states have also passed similar CROWN Act legislation.

Something that will mean ALOT to Black people across the country: Former First Lady Michelle Obama wearing braids at the unveiling of her official White House portrait. pic.twitter.com/a5ZJObi1Dd

MORE: 5 reasons why women are opting for knotless box braids

The former first lady and former president were honored with their official portraits, which will remain on permanent display at the White House, at a ceremony on Wednesday.

The former president professed his love for his wife at that event, thanking the artist behind the portrait, Sharon Sprung, for her work.

"I want to thank Sharon Sprung for capturing everything I love about Michelle: her grace, her intelligence, and the fact that she is fine," he said, prompting laughter from the crowd. "Just saying. She is! Her portrait is stunning."

In her portrait, Michelle Obama is dressed in a custom blue Jason Wu gown while sitting on a red sofa, her hair in soft, shoulder-length curls. Former President Obama, meanwhile, is shown in front of a white backdrop in a dark suit, white shirt and light gray tie. 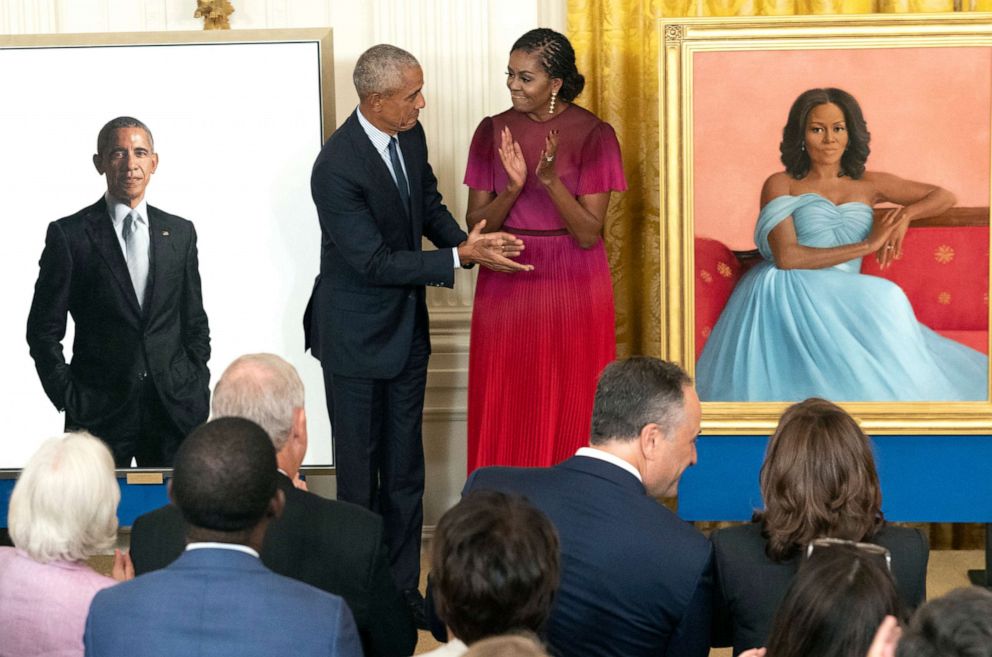 The former first lady has often been celebrated for her various hairstyles, such as when she wore natural curls to an Obama Foundation Summit in Chicago in 2019, as well as the voluminous hairstyle she wore for Biden's inauguration in January 2021.

At that event, she was hailed for both her fashion-forward magenta monochorome jumpsuit, which was designed by Sergio Hudson, and her bouncy, side-parted curls.