Faith Fennidy is a change-maker, advocate and the teen inspiration behind Mickey Guyton's "Love My Hair."

In 2018, Faith, who was 11 at the time, said she was told to leave a Louisiana private school because she was wearing braided hair extensions. At the time, the school had a policy against students wearing hair that isn't natural.

"When I went to school that day, and they told me that I couldn't wear my braids there, it was a heartbreaking experience," Faith told "GMA." "Especially something that I had never expected from a school that I had been going to for at least a couple of years ... to tell me that it was an issue, it was a problem."

Faith's brother, Steven Fennidy, recorded a video of Faith in tears in the school office after the incident and posted the video on social media, where it went viral, garnering national attention and outrage over the school's rule. The school later rescinded its policy following the backlash from this incident. 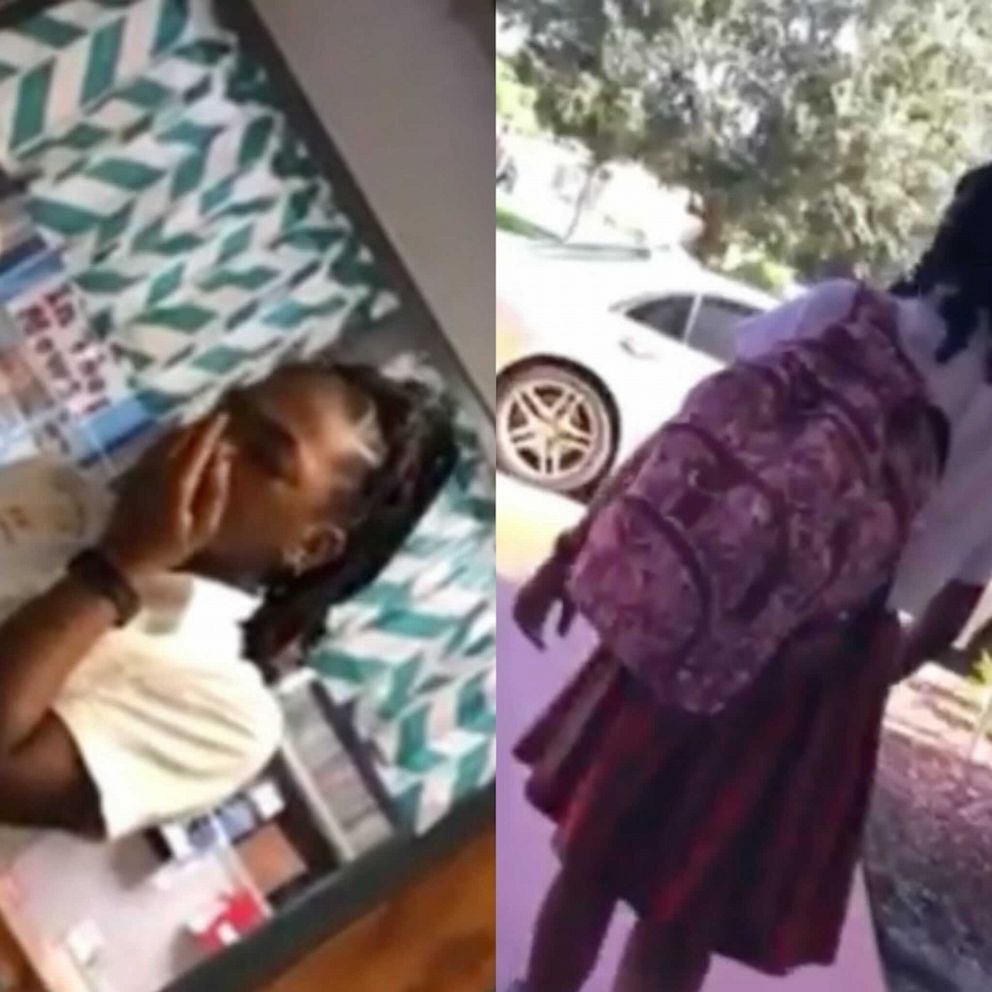 courtesy of Steven Fennidy
In 2018, Faith Fennidy was sent home in tears from school after being told her braided extensions hairstyle was against her Louisiana middle school's policy.

Faith, now 14, decided not to return to the school, opting instead to start fresh at a new school, according to her family, and she said she's grown to love it.

She also said she decided to turn her painful experience into a positive platform for change by working with her community on advocacy to push for her home state of Louisiana to pass the CROWN Act. The legislation prohibits discrimination based on hairstyle and hair texture by extending protection for both categories under the Fair Employment and Housing Act and the Education Code.

Through holding community events to spread awareness about the CROWN Act and participating in a variety of related workshops, Faith has been pushing for change and plans to continue to do so.

Faith's work has caught the attention of public officials -- and most recently, country music star Mickey Guyton, whose powerful single “Love My Hair” is an anthem about self-acceptance and feeling seen. 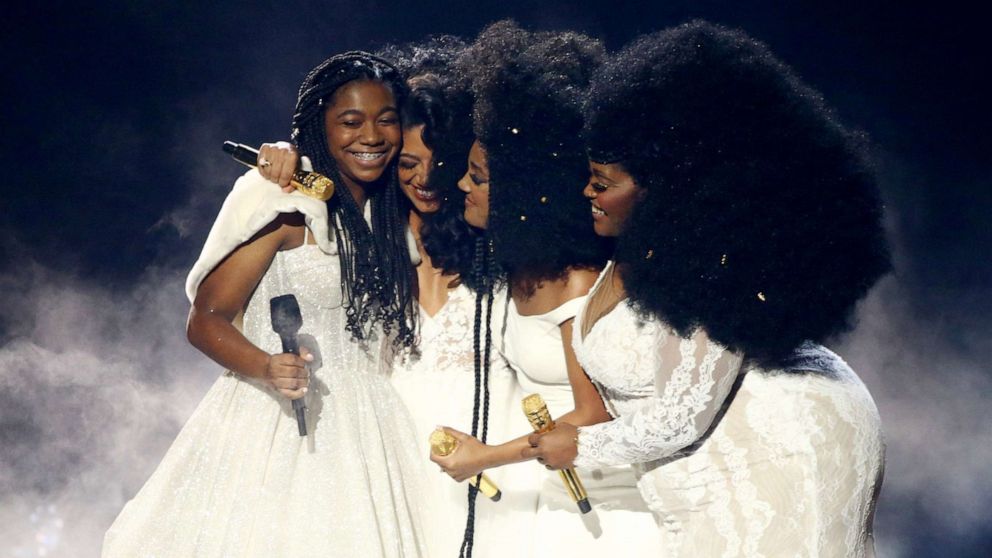 A few weeks before the 2021 CMA Awards, Faith said she received a phone call with an invitation to attend the show as Guyton's guest and introduce the artist on stage for her performance of “Love My Hair."

"I started crying when I found out," Faith said. "I got to meet her [Mickey Guyton], and it was honestly an amazing experience. I'm so grateful that I got to be a part of that opportunity."

At the CMA Awards, Faith spoke proudly as she introduced Guyton: "This next artist created this song to make sure girls like me feel seen and loved. And that’s how you turn something painful into something very positive. With your help, we can work together to ensure the next generation grows up in a respectful and open world for natural hair." 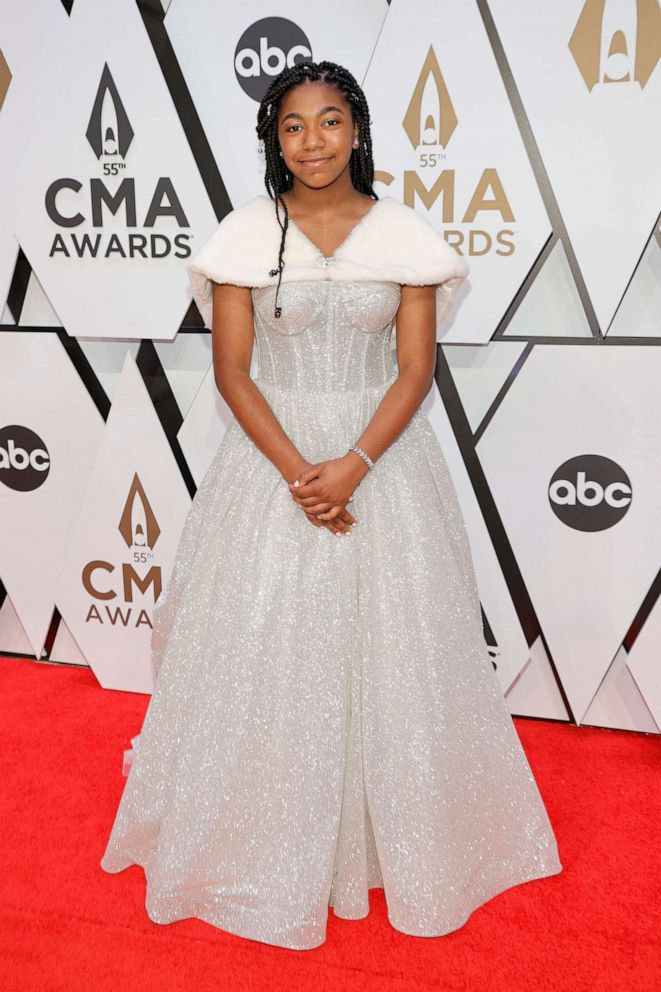 Faith recalled noticing the audience filled with smiles, thunderous applause and tears during the performance.

"I hope that like myself, other people really take her words to heart," she said.

Faith inspired “Love My Hair” and to have her here today to introduce our performance means the world to me. She is the future and I want to be like her when I grow up. #CMAawards pic.twitter.com/U7eZRzoKkZ

Faith is just beginning on her push to eradicate race-based hair discrimination. She is currently mobilizing and advocating to reach 500,000 signatures on the CROWN Coalition's petition to urge legislators to vote for The CROWN Act.

She said she felt drawn to this work after participating in a 2019 self-esteem project, which was an initiative in collaboration with Dove, a corporate sponsor, to raise awareness around the issue of hair discrimination in schools and its impact on students' self-esteem. 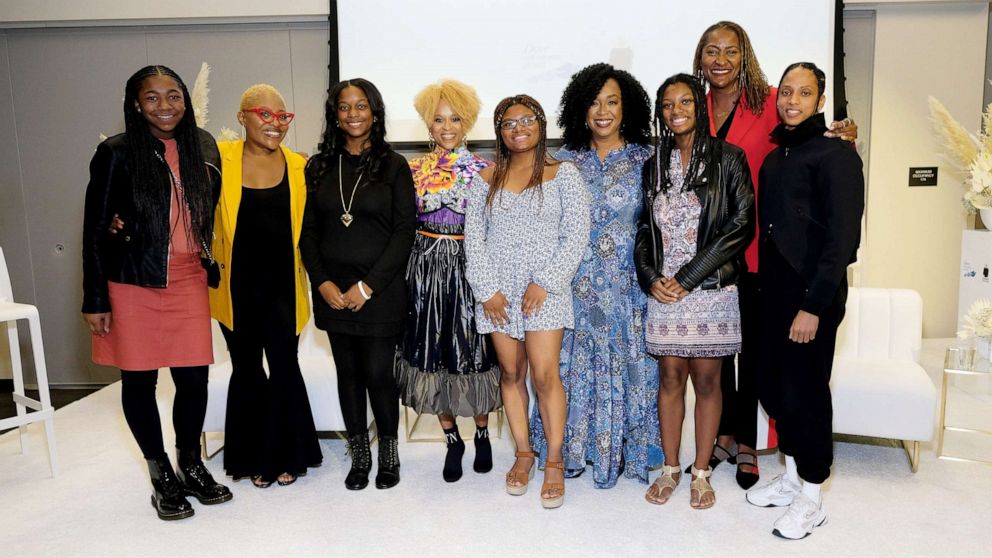 "I think that when I had to speak to all those children, that really opened doors of how my story ... would become something way more than what had originally happened to me," she said.

Faith said that one of her biggest motivations is to stop what happened to her from happening to others.

"It had a really big effect on me, but my family was able to support me and back me up in my decision-making," Faith said. "I really hope that it doesn't happen to anyone else who may not know what to do with the situation. I really wanted to be able to get justice." 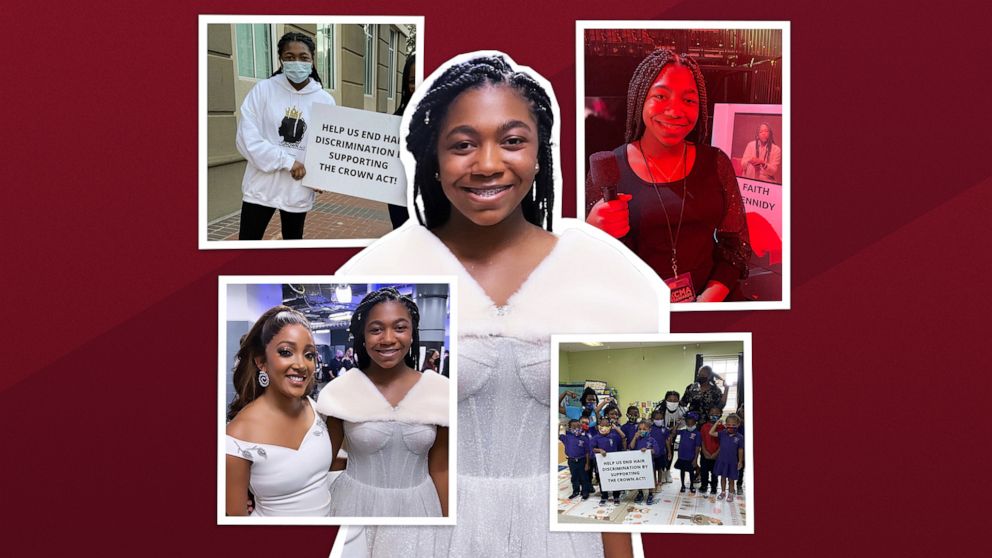 Faith's mother, Montrelle Fennidy, told "GMA" she's "thrilled" by the work Faith has been doing. "Three years ago, you could not have told me that a law would be created from the outcry of her story," she said.

Her mom continued, "Going from being told that her braids were a distraction and being expelled to presenting at The CMAs. All of the love and support has helped boost her self-esteem and given her the strength to stand up and advocate for the CROWN Act."

"I am so proud of her and the work she’s doing in the community, telling her story has been so empowering and in doing so, she will help change the world," Montrelle Fennidy added. "All she has accomplished at her age is so inspiring, and I am so excited that God will get the glory out of her story."