While laws against natural hair discrimination continue to be introduced in states and localities around the country, there are also big changes being made for future hair professionals -- specifically in Louisiana.

The Louisiana Board of Cosmetology (BOC) recently revised its testing requirements to now include textured hair training throughout the state.

Textured hair includes wavy, curly and coily hair, and the new resolution's aim is to educate future cosmetologists and stylists on how to care for those specific hair types.

The ruling came about after Edwin Neill, the chairman of Louisiana's BOC and president of Aveda Arts & Sciences Institute, questioned why the state didn't require textured hair learnings as a part of its curriculum. Neill, along with board member and cosmetology instructor Kevin Martin and others, proposed that a revised section on cutting textured hair be included in the cosmetology exam.

"There are many salon horror stories about what happens when cosmetologists are not properly educated on working with textured hair," Neill said in a statement. "Today there are still sometimes disparities in the salon experience between people with textured hair and those with naturally straight hair. We want to ensure that licensed cosmetologists in Louisiana are able to do all types of hair."

Neill's sentiments on issues related to textured, also known as natural, hair types, have shown up in legislation, including the Crown Act, which was created to ban discrimination against race-based ethnic hairstyles in workplaces and schools. The law is currently active in 13 states including California, New Jersey and Virginia. There have also been strides to introduce federal legislation by Sen. Cory Booker and Rep. Cedric Richmond, a Democrat who represents Louisiana's 2nd District

MORE: Cardi B calls out natural hair bias: 'There's no such thing as bad hair' 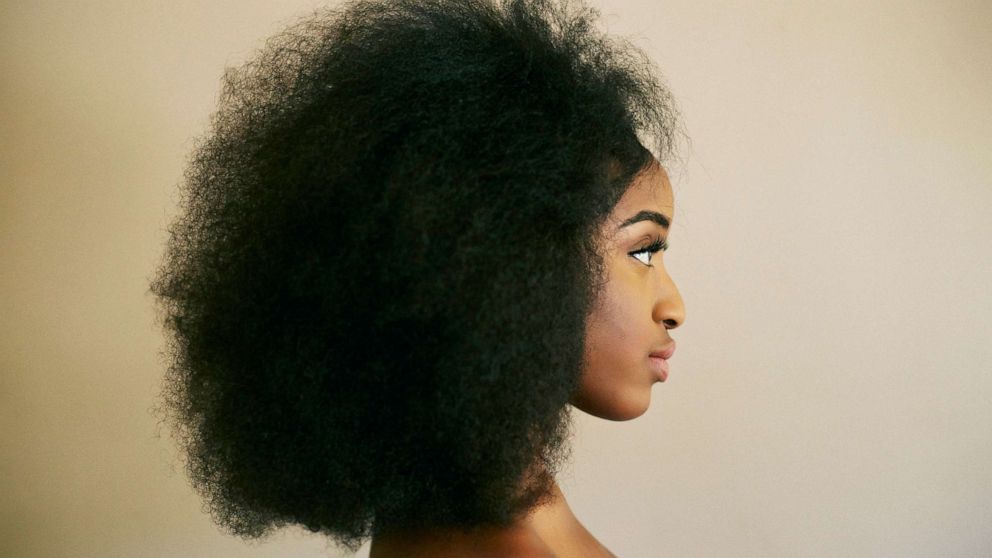 An estimated 65% of the U.S. population has curly, coily or wavy hair, according to Naturally Curly's eighth edition of its TextureTrends report. However, Aveda global artistic director Renee Gadar, who was also instrumental in Louisiana's recent change, told ABC local affiliate KATC that Louisiana will become first state to make textured hair training a requirement for cosmetologists.

"It's long overdue," Gadar told "GMA." "The board voted quickly and unanimously approved, which is great news. Now, we want other states to follow suit."

"This cosmetology requirement from Louisiana puts the entire cosmetology educational system on notice that this is the time to change," Everett said. "Legislation such as the Crown Act has drawn attention to the mistreatment that Black Americans face due to their hair texture, and this is an impactful response."

Everett also shared that her ability to style all textures has been a part of the reason she's been able to successfully work with celebrities such as actresses Nia Long, Tia Mowry and many more. "I believe that all hairstylists must possess the ability to cut and style all textures of hair in order to be professional," she said.

Louisiana's updated textured hair requirement will go into effect June 2022. Cosmetology licensing requirements for all states can be viewed on the National Conference of State Legislatures website.