To mark the 50th anniversary of Earth Day, “Good Morning America” and our partner National Geographic present “Extraordinary Earth: 20 in 2020.” We will visit 20 amazing places around the globe to learn about our evolving planet. This week, ABC News' TJ Holmes reports for "GMA" from an ice floe in the middle of the northwest Atlantic to see how climate change is affecting harp seal pups.

Somewhere in the middle of the northwest Atlantic in the Gulf of St. Lawrence, exists the biggest and coldest baby nursery on Earth.

6:44
T.J. Holmes gets up close to harp seal pups, which rely on the ice floes around Prince Edward Island.

Atop thick sheets of floating ice which are miles wide, thousands of harp seal pups roam. 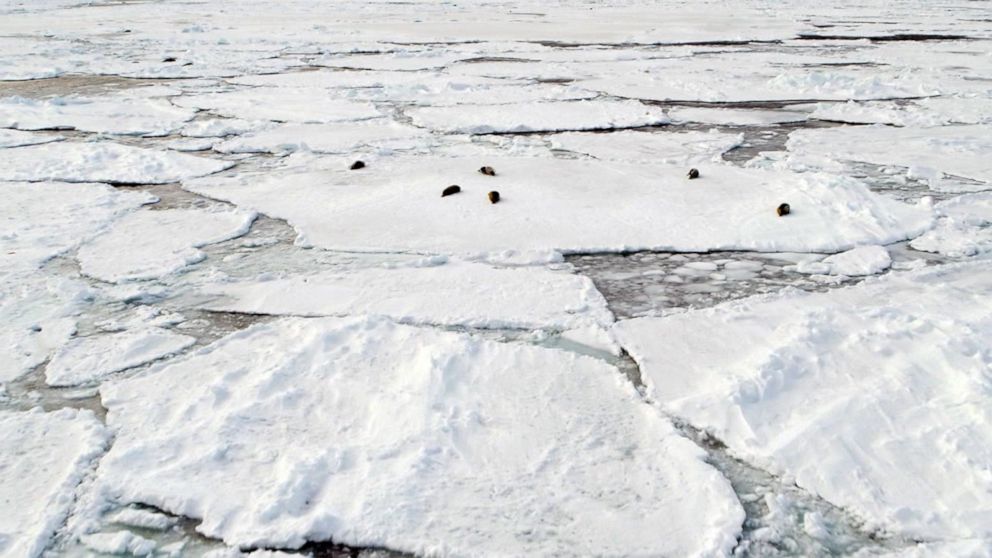 These cute little creatures can be shy but curious. 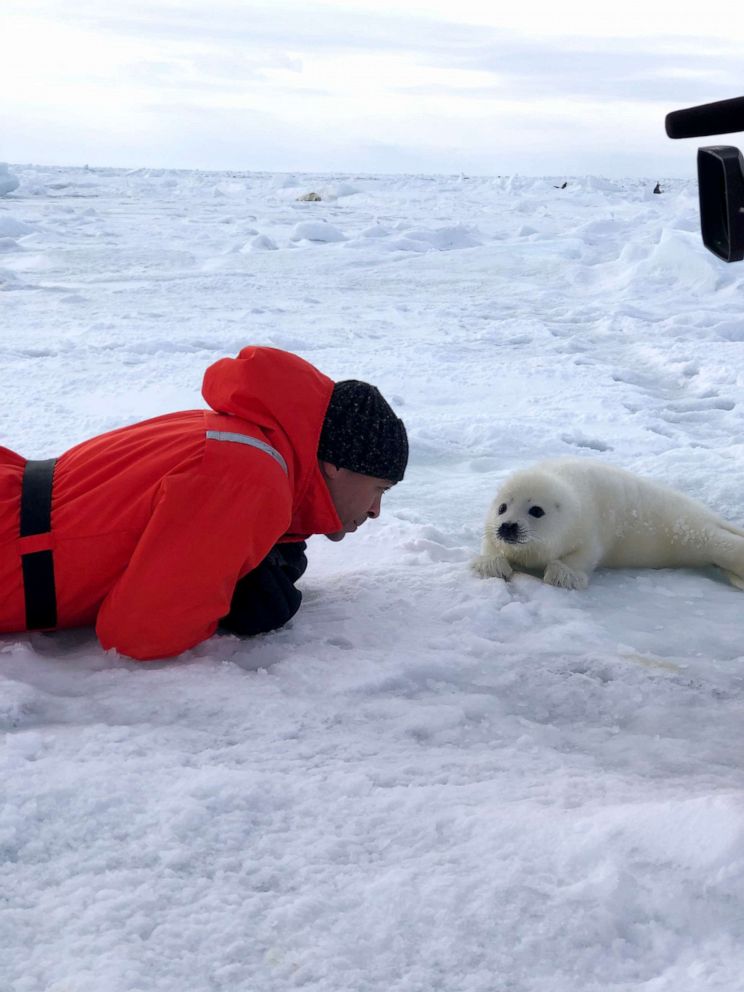 They’re also very intelligent and can communicate through squeaks and grunts, which can be heard below the ice. 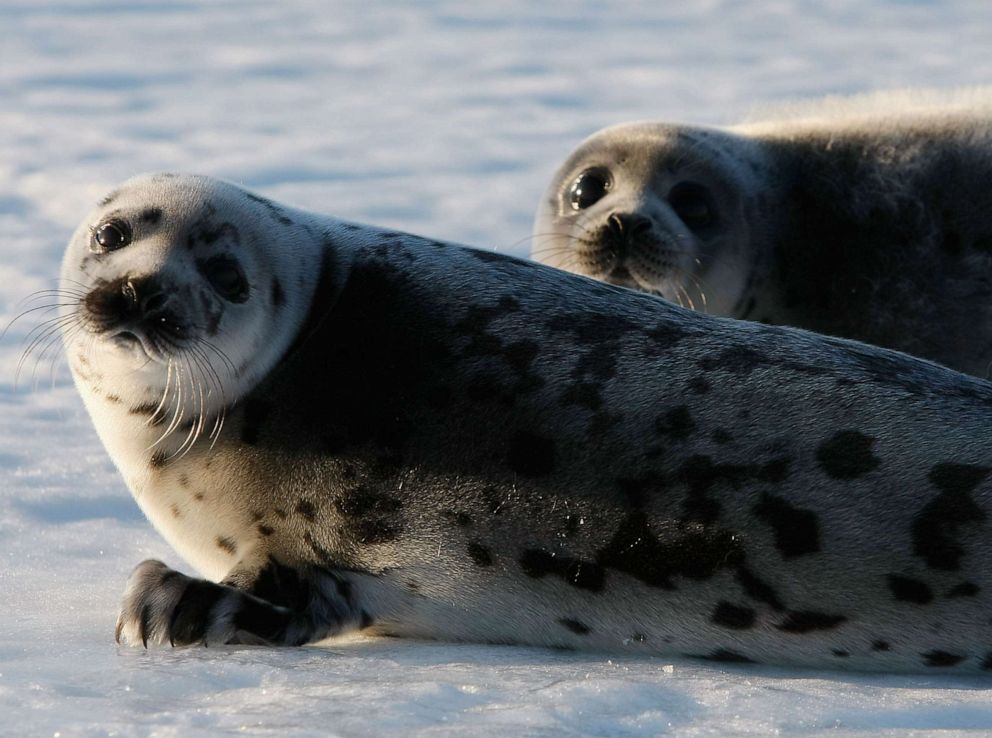 Once a year, pregnant mother seals migrate from the north in search of a good stable ice platform to give birth. And when they find it, mass birthing takes place, which results in little fluffy pups everywhere.

MORE: Extraordinary Earth: What Victoria Falls can teach us about the effects of climate change

“They need about three weeks, sometimes up to four to learn how to be a harp seal, mature, and be able to survive on their own,” said National Geographic Explorer and photographer, Jennifer Hayes. 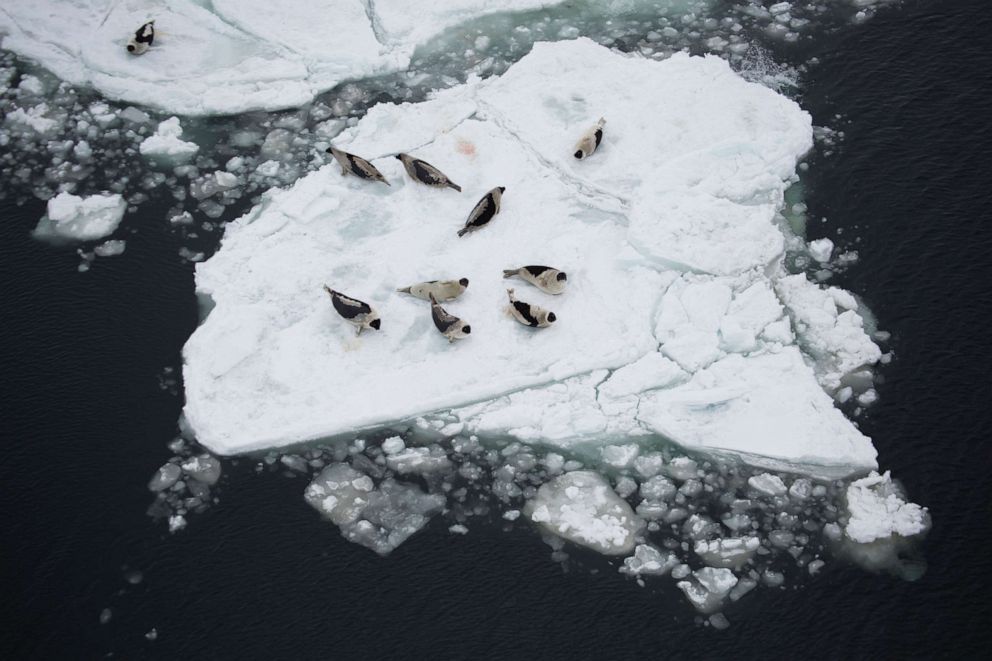 Randy Risling/Toronto Star via Getty Images, FILE
A herd of seals in the Gulf of St. Lawrence, March 19, 2013.

But lately, life on the ice hasn’t been easy and for the last 30 years, warmer temperatures have led to less winter ice, threatening the survival of harp seals. 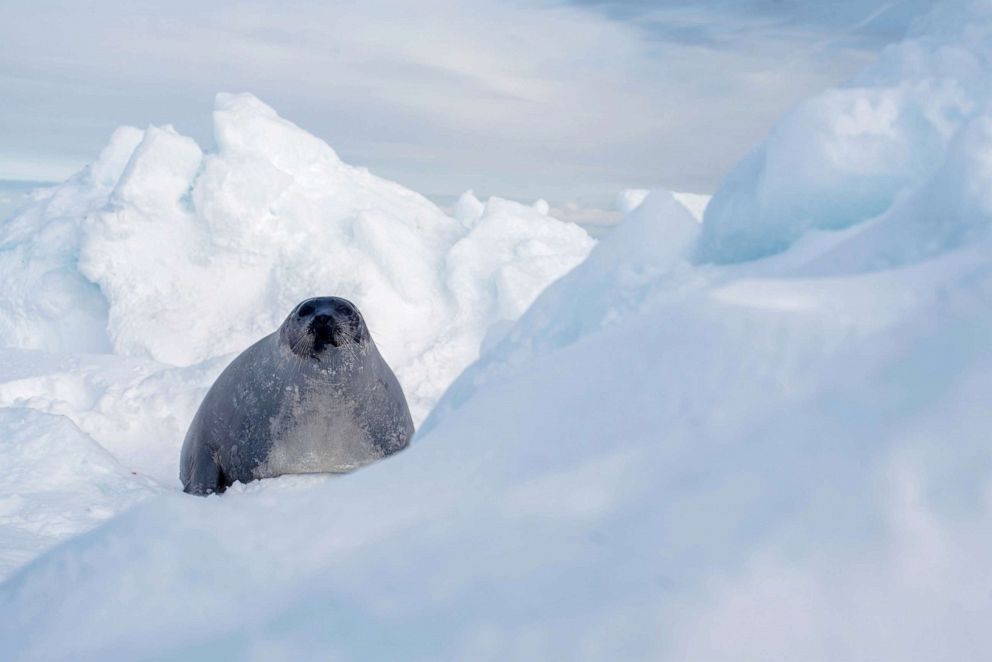 ABC News
A harp seal found in the distance on an ice floe in the middle of the northwest Atlantic.

Some estimate that in just 75 years, these animals will no longer have any solid ice.

“There’s no escaping it,” said Peter Galbraith, a research scientist for Canada’s Department of Fisheries and Oceans.

And increasingly thin ice poses a real threat. Some of the pans are so small or so thin, that they break up, which can be a situation where pups drown right away.

Randy Risling/Toronto Star via Getty Images, FILE
A herd of seals in the Gulf of St. Lawrence, March 19, 2013.

“There is no stopping this as long as the world keeps pumping CO2 in the atmosphere,” said Galbraith. “Global warming will continue. And winter air temperatures will get warmer, and sea ice will get weaker.”

Now, advocates for the protection of harp seals say it’s up to us to combat climate change for generations to come and to help keep these seal pups alive. 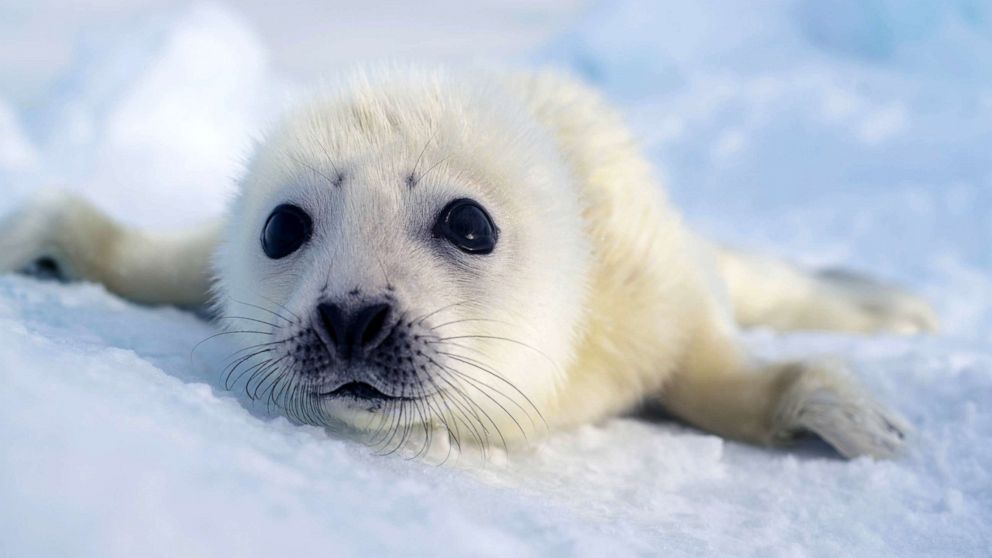 ABC News
Closeup of a baby harp seal on an ice floe in the middle of the northwest Atlantic.

“Everybody has an impact on this planet,” said Hayes. “Every one of us. And I think if we all felt we were part of this bigger ecosystem, a part of it, that -- and we thought about it, that we might actually look at what we do every day.”

1:43
National Geographic and “GMA” take a close look at the stunning ice floe where harp seals have their pups 100 miles north of Prince Edward Island.