But something stopped me: my 8-year-old daughter. For the last year she has been really into horses. She takes lessons, but the love this tiny girl has for these massive animals goes far beyond the thrill of riding them. She talks incessantly about the horses themselves -- their likes and dislikes, their personalities and quirks.

MORE: Meet the ‘Instatour’ guides who can make your travel picture perfect

I decided to give the retreat a try. After all, Canyon Ranch -- known as a pioneer of the spa-health-wellness travel movement and located in the gorgeous Tucson desert against the backdrop of the Catalina Mountains -- was an amazing place to spend a few days, even if most of those days would be spent in a stable. 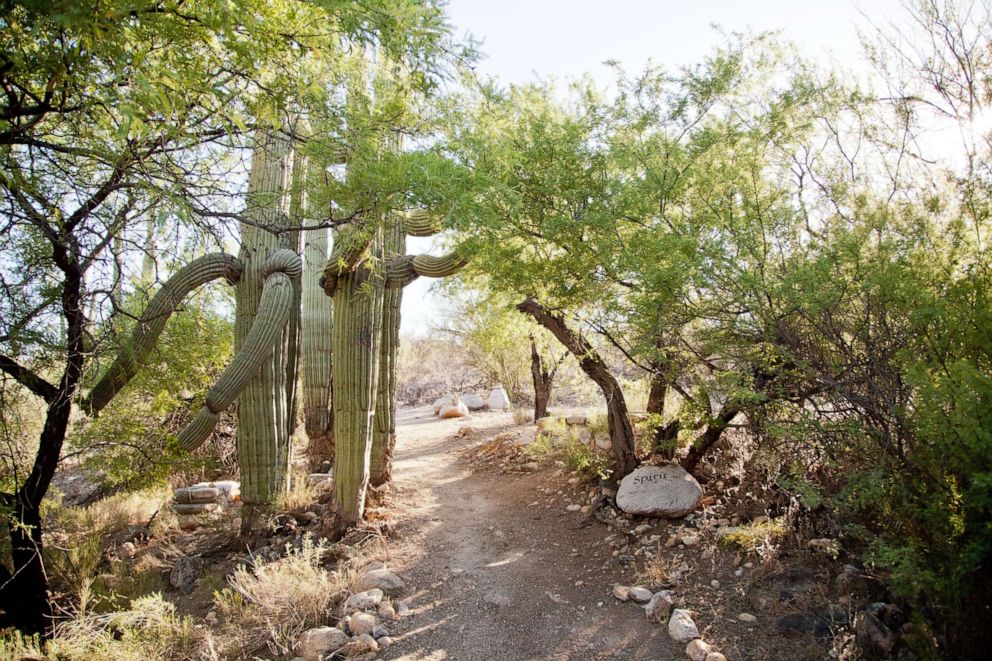 The retreat is led by Devon Combs, the owner of Unbridled Retreats and known in self-care circles as the "equestrian of the wellness world." She's quick to point out that she herself is not a therapist, but that the horses themselves are therapeutic. Combs helps women understand what the horses are telling them.

And it's all women, Combs told "Good Morning America." They make up 100% of her retreat clientele. Retreats take place at Canyon Ranch as well as other locations around the U.S. and the Caribbean several times each year.

"When women arrive at the retreats with horses, usually they've been in a similar routine for many years. Often they feel stuck, and they almost come in feeling completely depleted," she said.

That's an accurate statement for me, certainly. On the first day of the retreat, there was not a horse in sight. Instead, our group of four women gathered with Combs to get to know one another and discuss our hopes and goals.

"Women come into this usually as solo travelers and are able to bare their souls pretty quickly because there's trust," Combs said. 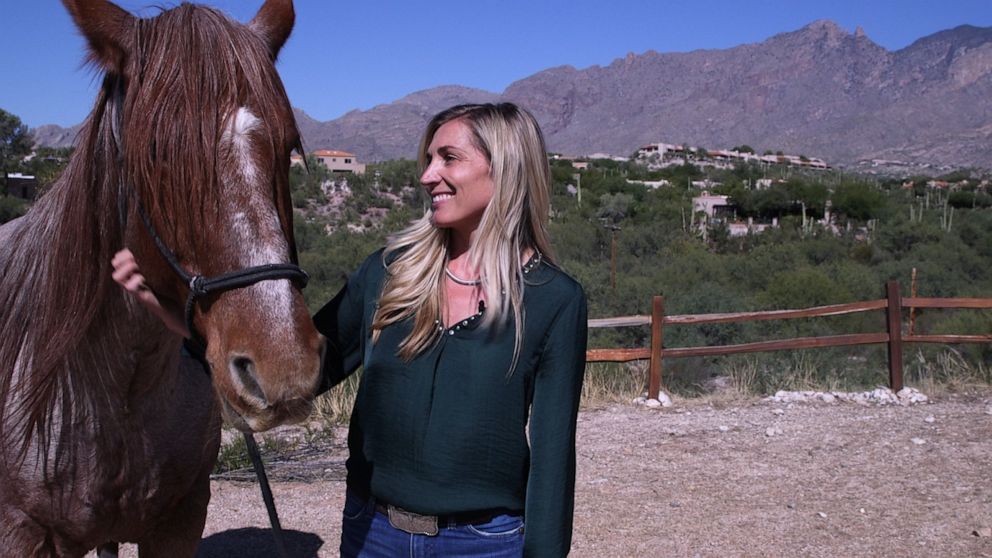 I was moved by the other women's willingness to share. They spoke about struggles with identity, with self-care, with their grown children and more.

"It's a place and space where strangers can be real with each other and there's no judgment," Combs said. "That's what makes it emotionally safe."

On the second day we met the horses. I was the only one in the group without prior horse experience. Most, though not all, of Combs' clients come with an innate love of horses and an attitude that simply being around the animals will prove therapeutic. However, I wasn't quite sold.

We arrived at a horse pen where about 10 horses were feeding about 20 feet away from us. As soon as I entered, one horse broke away from the group and walked directly up to me. Charlie, the horse, put his head right next to mine and stayed there. Heart racing, palms sweating and not knowing what this horse was capable of, it was as if Charlie sensed that I was the one in the group who was going to need a crash course in trust if I was to get anything out of this retreat.

MORE: My family was ripped apart by addiction and mental illness. Here is my plea

"It's a somatic experience with the horse, meaning it's all about being in your body," Combs later explained. "It's different from perhaps a yoga retreat because we're working with a live animal and this animal is giving us instant feedback. At any moment they're picking up and reflecting back to us about who we're being."

A focus of the retreat is being our authentic selves and finding our truth. What was my truth?

To help in that discovery, I took part in horse grooming, group chats and trust exercises, including a one-on-one session with Combs and one of the horses. The session centered on role-playing. Combs acts out the part of a person or situation that's the most challenging in your life and has you speak to it directly.

A horse of the client's choosing stands by and Combs watches it for clues as she encourages the client to speak their truth. Watching the process, it seemed as though the horses nodded their heads in agreement when a participant spoke positively about herself, and looked down, sometimes backing off, when participants engaged in negative self-talk. It was an amazing thing to watch. 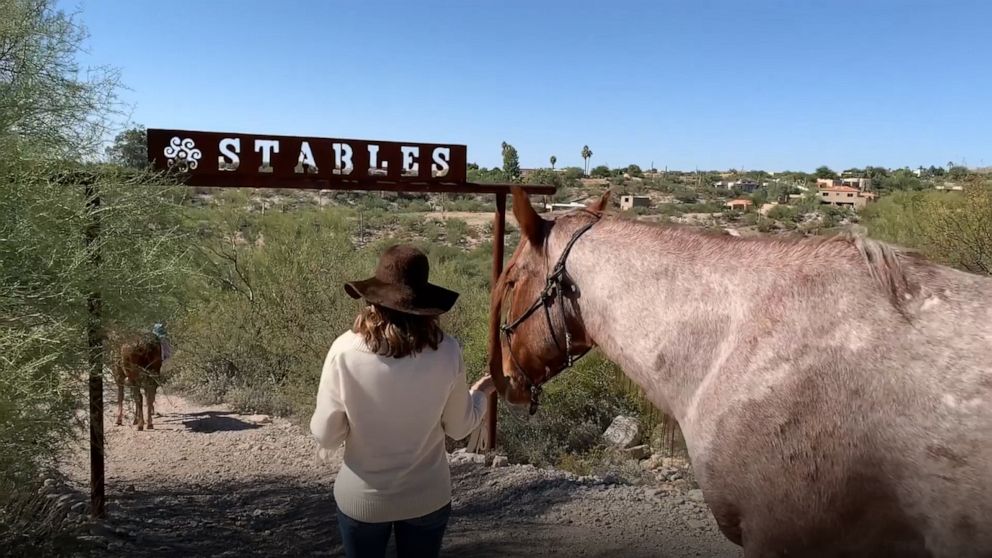 "I get a sense very quickly with somebody's body language, with their tone of voice, what it is they need," Combs said. "I often trust my intuition and what the horses are telling me about what to ask that person in that moment that will take them to their place of truth."

During my session, Combs asked me to walk around in a circle for as long as it took me to list off the things and people I am responsible for on a daily basis. I offered up a laundry list of seemingly never-ending tasks. Meanwhile, my horse stayed far away from my frenetic energy. He backed away as far away as he could in the pen and then turned his back -- as if trying to escape.

Combs then had me sit across from three empty chairs, each representing one of my children -- a focus of my session as I am constantly worried about failing them.

I spoke to them individually, telling them how much I loved them. Combs had me play the role of each of my kids and respond to what I had just told them about my fears and worries -- how I was never sure I was doing things right or doing enough. I, acting as my kids, told myself that while I don't get it right all the time, they do know one thing: that I love them each beyond all measure.

During that session I felt as if the truth came out, and I may have even received validation: Charlie the horse came to me, put his head right next to mine and nodded.