The rapid rise in air travel has left U.S. airlines scrambling to meet the demand.

American Airlines canceled around 400 flights over the weekend, in part due to staffing issues. The airline is now warning hundreds of flights will be canceled in the coming weeks.

"It's not going well when you cancel flights," Dennis Tajer, Allied Pilots Association spokesperson and American pilot, told ABC News. "A year ago I was flying around nearly empty airplanes and we were canceling flights because we didn't have passengers ... and now we're canceling flights because we don't have enough pilots? That's unsatisfactory."

U.S. airlines have also resorted to making changes to their flight schedules to keep up -- leaving travelers frustrated.

MORE: TSA warns of staffing shortages at more than 100 airports, looks for volunteers

"I got an email at 3 in the morning on Sunday saying that our 2-hour and 20-minute flight from Philly to Orlando got rerouted, and is now flying to Boston, and then down to Orlando," Megan Wolf said.

She was heading to Orlando for a mother-daughter trip.

"We had planned a whole day in the afternoon," Wolf explained, "so trying to add a stopover that's multiple hours away, we wouldn't get there until the evening. It wastes the whole day." 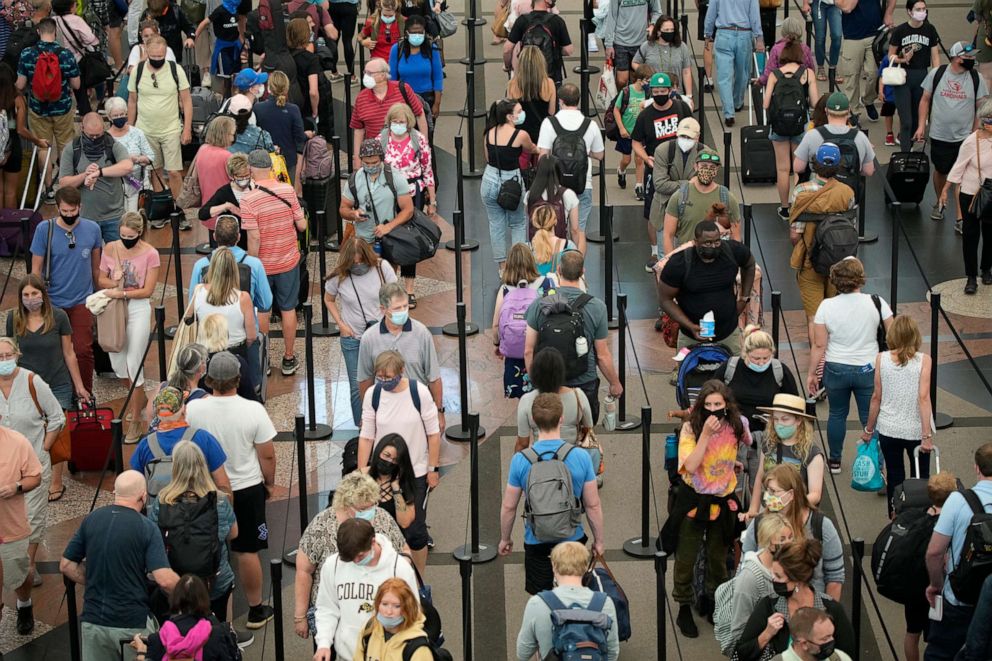 David Zalubowski/AP
Travelers queue up in long lines to pass through the south security checkpoint in Denver International Airport, on June 16, 2021, in Denver.

It's not just day-of, last-minute changes either. Some airlines are altering their flight schedules days, weeks and even months prior to departure to better optimize their schedules.

The Gold family's trip to Lake Tahoe ended with a cancellation.

It's "very frustrating," Tricia Gold said. "We were notified like two days ago they canceled our flight. They put us on another flight."

According to government data, Hawaiian Airlines, United Airlines and Delta Air Lines had the least number of canceled flights.

Experts say if the airline significantly changes or outright cancels your flight that you are eligible for a full refund.

"You don't have to take whatever alternative flight that they put you on," Scott Keyes, founder of Scott's Cheap Flights, told ABC News. "You don't have to stick with that airline. You can cancel it for a full cash refund and book elsewhere if you'd prefer." 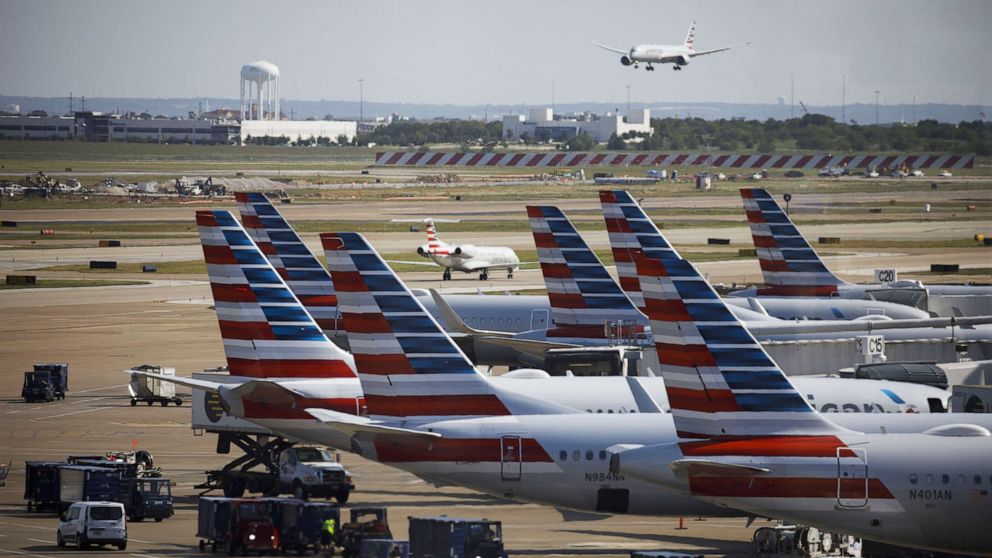 American said it will give a full refund if the change is more than four hours later than the original flight. JetBlue's policy covers flight changes of two hours or more. United said you are entitled to a refund if the "new flight options don't work out" or it "changes significantly." You can request a refund from Delta if you "cannot find an alternative flight" or "choose to cancel the alternative itinerary."

"Perhaps you originally booked a connecting flight," he said. "You might be able to switch to a nonstop flight without having to pay anything extra to do so."

He also recommended trying not to check any bags, and carry them on instead. That way, if your flight is suddenly changed, you don't have to worry about counting on the airline to locate your luggage.