The holiday travel rush is well underway and experts are predicting U.S. airports and roadways will be nearly as busy as they were pre-pandemic.

About 109 million travelers are expected to take to the roads and skies for Christmas and New Year's, according to AAA, which represents more than 90% of the 2019 pre-pandemic travel record of 119 million.

The bulk of travelers, 100 million, are projected to drive to their destinations.

But the airports are bracing for crowds as well. Friday is already estimated to be the third busiest day to fly to your winter getaway, according to travel booking app Hopper, with 2.4 million available seats.

Here's what you need to know if you're traveling this holiday season:

Prices at the pump

With 100 million drivers expected on the roads from Dec. 23 to Jan. 2, according to AAA, all eyes are on gas prices.

While prices are still relatively high -- up by 45% compared to last year -- they are dipping slightly.

GasBuddy predicts prices at the pump will continue to fall into the new year.

Delays on the road

The roadways will be busy with major metro areas across the country estimated to see more than double the delays than on a normal day, according to transportation analytics company INRIX.

INRIX says drivers in New York City, for example, are "likely" to experience more than three times the delays. 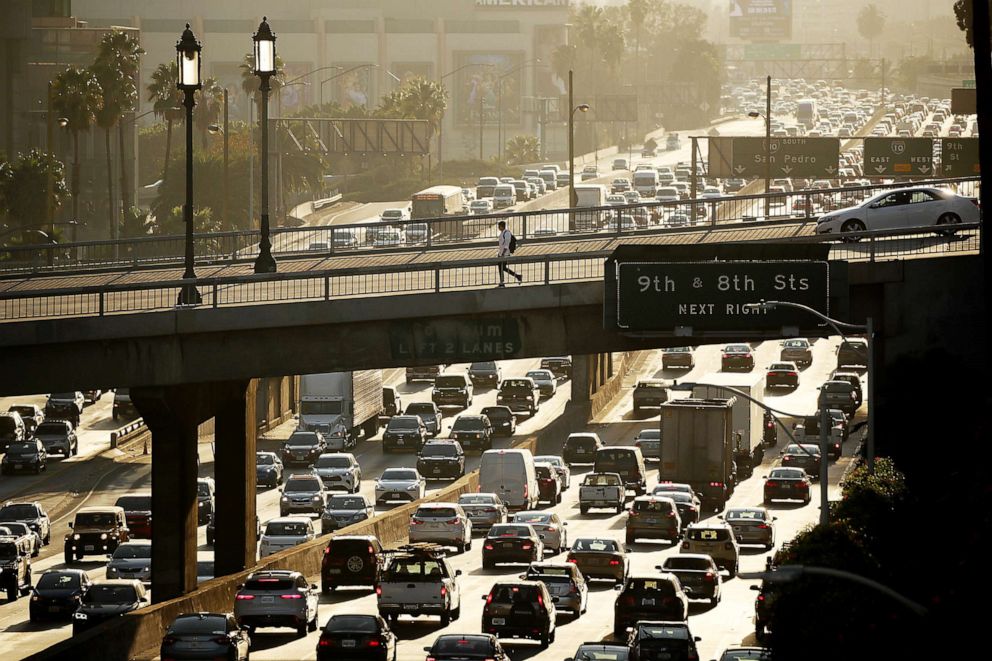 "Early morning travel in general has seen a decrease, likely due to more people working from home," AAA spokesperson Ellen Edmonds told ABC News, "and therefore, leaving early in the morning is the best bet."

Crowds at the airport

The Transportation Security Administration is prepared to screen near pre-pandemic travel volumes over the winter holidays with Dec. 23 and Jan. 3 projected to be the busiest days.

U.S. airlines are gearing up, with AAA saying they will see a 184% increase in passengers from last year.

United Airlines expects around 8 million people to fly on their airline from Dec. 16 to Jan 3, more than double the number of fliers compared to last year, and even more people than they saw over Thanksgiving. 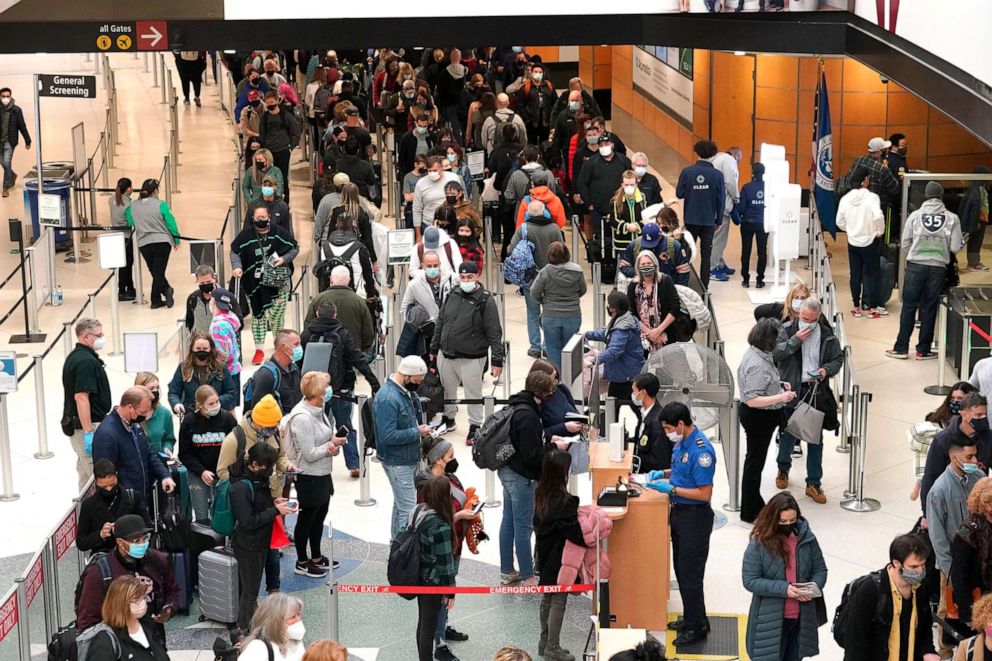 Ted S. Warren/AP
Travelers wear masks as they wait in a line for a TSA security check, on Dec. 10, 2021, at Seattle-Tacoma International Airport in Seattle.

Delta Air Lines is prepared to fly the most people over the holidays since before the pandemic began with at least 7.8 million fliers from Dec. 17 to Jan. 3.

"Christmas is going to be one of the busiest times to travel this year," Hopper economist Adit Damodaran told ABC News. "I would expect it to be very busy. Certainly if you're at the airports it's going to feel like pre-pandemic levels of traffic. We're expecting about 2.2 million travelers a day on average going through TSA checkpoints."

Atlanta's Hartsfield-Jackson is projected to be the busiest airport over the Christmas holiday, according to Hopper, with peak congestion on the morning of Thursday, Dec. 23. Atlanta is followed by Los Angeles and Denver as the three busiest airports for the holiday week.