Landree Sarata was just 31 years old when she was diagnosed with end-stage liver failure after drinking nearly daily for the past decade.

"I never expected the diagnosis I got," Sarata, now 37, of Quincy, Massachusetts, told "Good Morning America." "I thought I just drank as much as everybody else did and had fun like everybody else."

Sarata, who is now on disability and unable to work, said she began drinking daily through her job in pharmaceutical sales and never thought she drank more than anyone else among her social circle.

She said she had "no idea" that someone her age could end up so quickly with alcohol-related liver disease, nor did she know that she may be more susceptible to medical complications from her drinking as a woman. 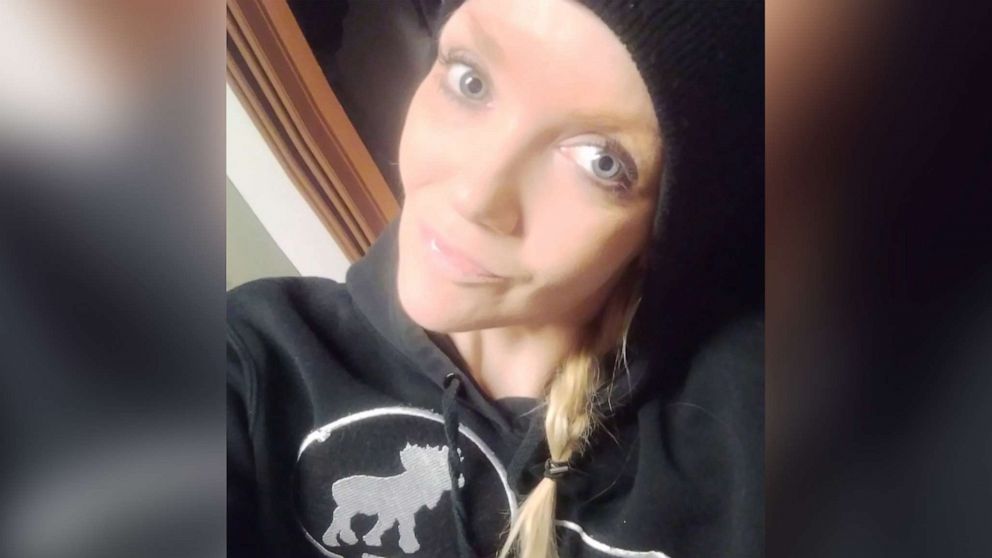 "It was just a lifestyle that just maintained until it didn't," said Sarata. "I had no idea until I was 31 and I was throwing up blood every day for almost a month straight and had to go to the hospital."

MORE: I'm a mom who drank alcohol daily amid COVID-19. Here's what women need to know.

Cases like Sarata's of young women developing alcohol-related liver disease have been on the rise for the past decade, but experts say they are now seeing an even more pronounced spike among women and young people during the coronavirus pandemic.

Dr. Raymond Chung, director of hepatology and the Liver Center at Massachusetts General Medicine and president of the American Association for the Study of Liver Diseases (AASLD) told "GMA" that his institution and others across the country are reporting 30-50% increases in the number of hospitalizations and deaths caused by alcohol-related liver disease over the past year.

Chung said he and other experts began tracking the spike in cases after becoming concerned with what he calls the "collateral damage" of the pandemic, factors like isolation caused by quarantine, unemployment, financial difficulties, the decreased access to in-person medical and intervention support and the overall added stress of the pandemic.

"We are seeing the downstream consequences of the pandemic," he said about the rise in alcohol-related disease diagnoses. "It's really been a substantial trickle-down effect and one that we all have to be left to contend with."

During the pandemic, men and women both reported an increase in the frequency of their binge drinking episodes, which are defined as five or more drinks for men and four or more drinks for women within a couple of hours. For women, that count rose by half, according to a study released last year.

Drizly, an alcohol e-commerce platform, told ABC News last September that during the early lockdown days, they saw a growth surge of 700-800%. It's leveled off some since then, but they're still seeing 350% growth since 2019.

While some alcohol-related liver diseases like cirrhosis take years to develop, experts say they have seen a rise during the pandemic in cases of alcoholic hepatitis, which is inflammation of the liver caused by drinking alcohol.

Alcoholic hepatitis can develop in the course of weeks and months, versus the years it may take for cirrhosis of the liver to occur, according to Dr. Jessica Mellinger, an assistant professor and hematology specialist at University of Michigan Medicine.

"This is what we're seeing a lot of in our young people and our young women," she said. "They have been, we think because of COVID and isolation and the myriad, diverse stressors that have happened as a consequence of lockdown, turning to alcohol."

"They're drinking very, very heavily and then they're getting all these same symptoms of fluid in their belly, they're jaundiced," Mellinger explained. "They're very, very sick."

Jaundice is the most common symptom of alcoholic hepatitis, but other symptoms can include loss of appetite, nausea and vomiting, fever, fatigue and stomach tenderness.

Severe alcoholic hepatitis can develop suddenly and can lead to liver failure and death, according to Mellinger.

"The folks that I'm seeing coming in are drinking really heavily," she said. "They're drinking five, six, seven or eight drinks a day. They might be finishing a pint or going through a couple bottles of wine."

One serving of alcohol is defined as five ounces for wine and just one-and-a-half ounces for hard alcohol, far less than what is typically served in bars, restaurants and people's homes.

It's #AlcoholAwarenessMonth, and this week we're covering facts about alcohol from monitoring consumption to getting help when it becomes a challenge, starting with what counts as "one drink." https://t.co/Db7MJCnuc6. pic.twitter.com/WCJcXiCHH9

Women are recommended to drink half of what men do because of the different way their bodies process alcohol, which also puts them at greater risk for alcoholic hepatitis and other alcohol-related liver diseases, according to Mellinger.

"Women are more susceptible to alcohol," she said. "How a body reacts to alcohol is about body composition, fat to water weight ratios, where and how many of the enzymes that metabolize alcohol we have in our stomach and in our GI tracts and in our liver, and that's different for women and men."

Women may also fall prey to the false notion that wine does not affect the body the same way as other alcohol, like hard liquor, according to Mellinger.

"That's an important myth to dispel, that somehow wine is not going to cause problems," she said. "The liver doesn't distinguish the alcohol in wine versus the alcohol in Jack Daniels. It's the same."

What women can do

Mellinger and Chung both said that people can drink responsibly, but should be aware that every sip of alcohol they take will have an impact internally on his or her body.

The good news is that in the earlier phases of liver disease, including cirrhosis and alcoholic hepatitis, the damage may be reversible, according to Mellinger.

"In those earlier phases of liver disease, it's pretty much completely reversible if you stop drinking," she said. "Your inflammation will improve and even scar tissue of the liver can heal and resolve itself with alcohol stopping."

Even in advanced stages of alcohol-related liver disease, there can be improvement if alcohol usage is stopped, explained Mellinger.

"I have patients who are placed on the [liver] transplant list because they're so sick, they do that great work of stopping drinking and a year or two later we're taking them off the transplant because they don't need it," she said. "Even at those most advanced stages, it's not hopeless by any stretch."

Early symptoms of liver disease can be vague, which can make it more difficult for people to get help in an earlier stage of disease, according to Mellinger.

She said people with early stages of alcohol-related liver disease may feel discomfort in their upper abdomen and may feel sick to their stomach. If a person is worried about the effect of their alcohol intake, Mellinger recommends asking their doctor to check their liver enzymes.

"If you get a study like that and your liver enzymes are elevated, that might be a sign that you want to cut back," she said. "And sometimes the damage is happening and we won't see it on imaging or on labs."

In order to help prevent a diagnosis of alcohol-related liver disease at all, Mellinger and Chung said people should take an honest look at their drinking habits, taking in factors including how often they are drinking and how much they are drinking in a specific amount of time.

They should also familiarize themselves with the recommended serving sizes of alcohol, so pouring five ounces of wine into a wine glass, for example, to see how much is considered one drink.

"This is a potentially toxic drug and it should be viewed as that," Chung said of alcohol. "We understand that it does many things to make people feel good but it has to be understood as the toxin that it is, and that it doesn't take a great deal to cause significant organ damage.

"It's very important for people to square up with and be honest with themselves on the amount of alcohol they're consuming and whether they're getting close to that boundary or threshold," he said.

If you or someone close to you needs help for a substance use disorder, call the Substance Abuse and Mental Health Services Administration (SAMHSA) National Helpline at 1-800-662-HELP (4357) or visit FindTreatment.gov, SAMHSA's Behavioral Health Treatment Services Locator.