Kasen Donerlson is being called a "miracle baby" after surviving both COVID-19 and a liver transplant, all before his first birthday.

"It's been very, very stressful," Kasen's mom, Mitayah Donerlson, told "Good Morning America." "But his recovery right now is going so sweet and so smooth that I can’t ask for anything more."

Kasen of Syracuse, New York, was born on Jan. 14, 2020, weighing a healthy eight pounds, according to Donerlson. He spent a few days in the neo-natal intensive care unit (NICU) due to breathing issues and jaundice that Donerlson said doctors told her would improve as he got older.

When Kasen's health did not improve, Donerlson said she sought further evaluations for her son. Around two months after his birth, the infant was diagnosed with a severe case of biliary atresia, a condition in which bile ducts in and around the liver are scarred and blocked, according to the National Institute of Diabetes and Digestive and Kidney Diseases (NIDDK). 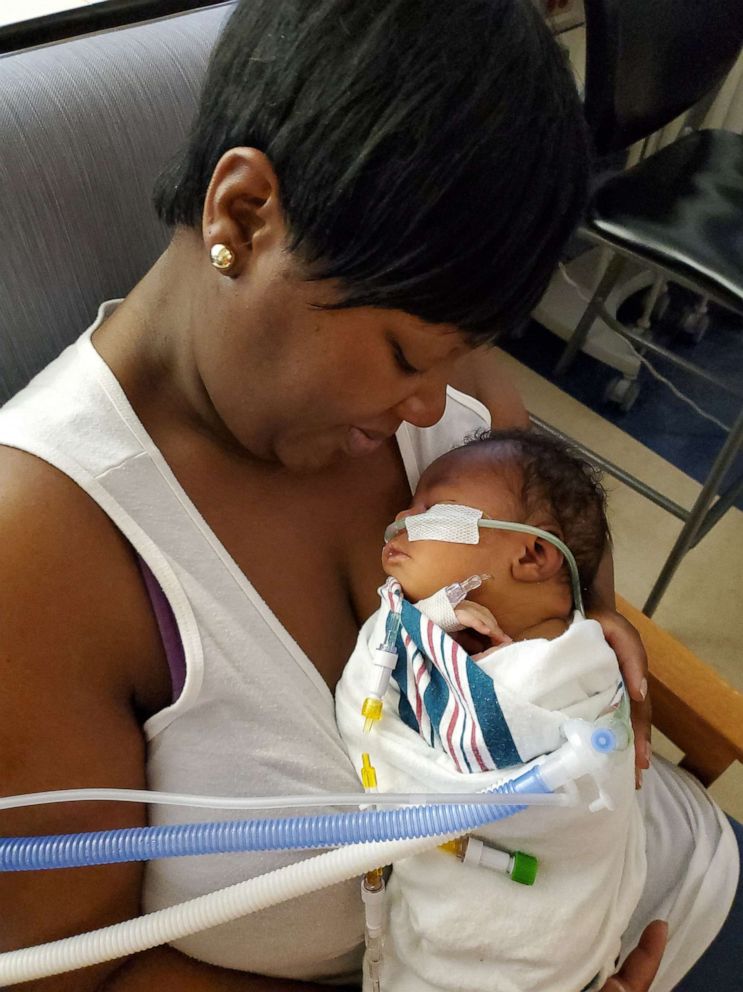 Just a few days after his diagnosis, Kasen underwent an emergency surgery to repair his bile ducts. But the surgery proved unsuccessful, according to Donerlson, who soon learned that her son would need a liver transplant.

"We had endless hospital visits and we would be there for five or seven or 10 days because of the severity of the disease and the complications that Kasen was having," said Donerlson, adding that Kasen had to be placed on a feeding tube. "He would have fevers that wouldn’t come down."

Donerlson, who also cares for her 4-year-old son and 5-year-old niece, was able to get Kasen onto the transplant waiting list at UPMC Children's Hospital of Pittsburgh, about a five-hour drive from the family's Syracuse home.

In November, as Kasen was waiting for a liver to become available, Donerlson said she, her significant other, her niece and Kasen all tested positive for COVID-19.

"On Nov. 21 he woke up that morning and was extremely hot. His body was like touching a stove," said Donerlson. "I just cried because I knew the hospital was going to admit us, but I didn’t know they were going to tell us that he was COVID-positive." 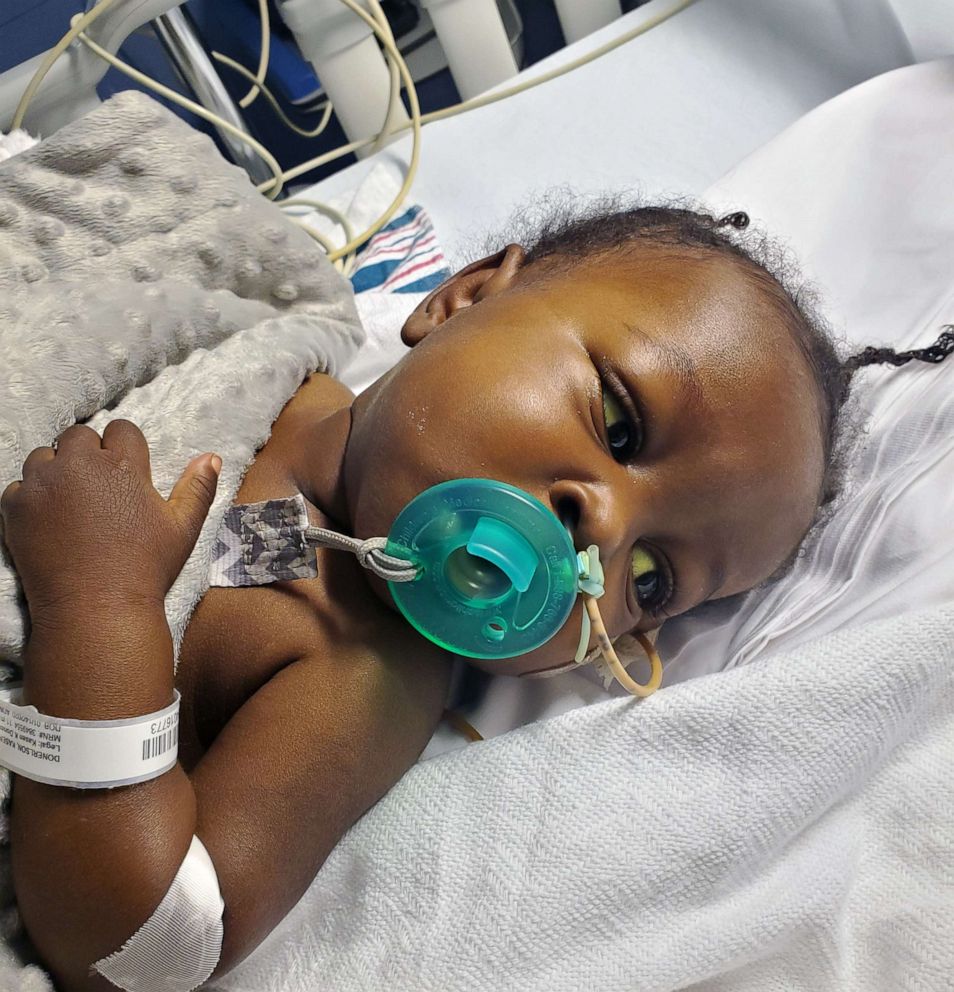 Kasen spent around three days in the hospital but his only complication was a fever, according to Donerlson, who, along with her family members, did not suffer any complications from COVID-19.

MORE: How one mother fought to change an organ transplant policy to save her daughter's life

Just two weeks later, in early December, Donerlson got the call she had been waiting months for -- that a liver was available for Kasen.

"All I could do was cry. They were mommy tears and tears of joy. I was just so happy," said Donerlson. "I always knew he was going to get a transplant -- that was my faith -- but to finally get that call and get that message that the surgery was scheduled and to have that relief from the burden on my shoulders dropped, it felt so good."

She added: "I’m smiling from ear to ear right now because I can literally see that moment and feel that moment again."

When Kasen underwent the transplant in early January, he weighed only about 10 pounds more than his birth weight, according to Dr. George Mazariegos, chief of Pediatric Transplantation at UPMC Children’s Hospital of Pittsburgh.

"He was more the weight of a 3-month-old and that is all because of the severity of his condition," said Mazariegos, who added that Kasen received part of a liver from a young adult who died. "We were able to use the left portion of the liver which was the perfect size for a baby of Kasen’s size."

Donerlson said she noticed an immediate difference in Kasen after the nearly 10-hour transplant procedure. 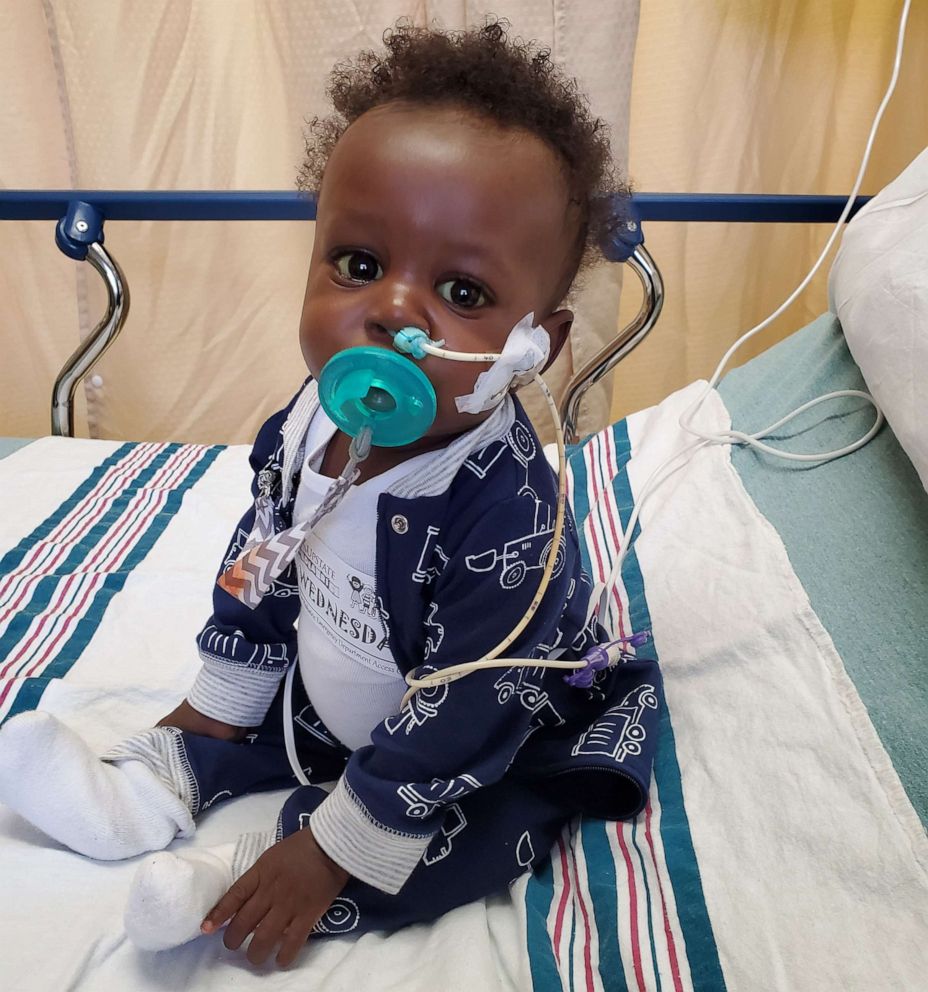 "His eyes have always been greenish and yellowish, his entire life, and he woke up from surgery with clear eyes," she said. "I was overjoyed by seeing that."

After spending much of his first life sick and hospitalized, Kasen is expected to have a long, normal and healthy life with his new liver, according to Maraziegos.

He celebrated his first birthday in the hospital on Jan. 14 and is already gaining weight. He was described by Donerlson as more alert and "perkier" post-transplant.

"What I’m looking forward to is Kasen walking and talking," said Donerlson. "I’m so excited for him to get those skills and for my family to bond back together as we were before all the ups and downs and the hospital visits."

She said she is also grateful to the donor whose liver Kasen received, and to all people who volunteer to donate their organs, both living and deceased.

"They made a way for Kasen, a way for my baby, to have a second chance at life, a life that he was not promised to see," said Donerlson. "I’m just thankful for them."