Most parents are ready to do anything to keep their children out of harm's way -- and for Sean Kelley, losing 40 pounds and donating a portion of his liver to save his infant son was a "no-brainer."

They also live with a genetic disorder called Alagille syndrome, a condition that affects three of their children. 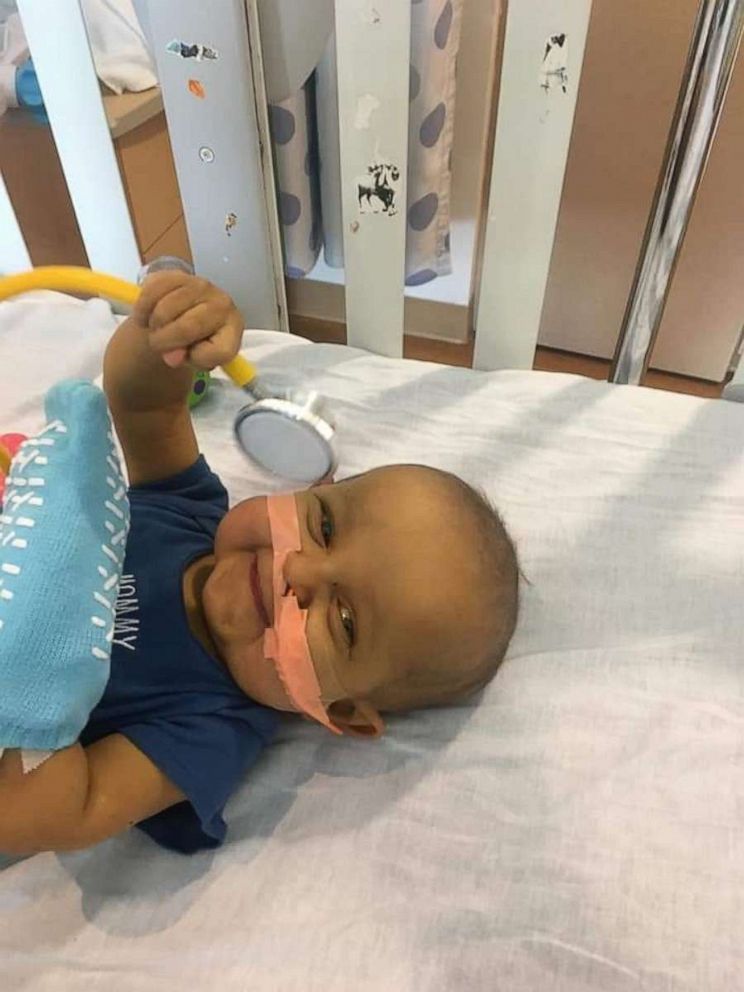 According to the National Institutes of Health, Alagille syndrome affects multiple organs in the body, including the liver and heart. It causes liver damage and is associated with several heart problems.

MORE: Mom urges parents to 'go with your gut' after 3-month-old contracts RSV: What you need to know

His son, Sawyer, also suffers from the condition and required an immediate liver transplant.

"He needed a liver transplant because his liver had to compensate," said Dr. George Mazariegos, chief of pediatric transplantation at UPMC Children's Hospital in Pittsburgh. "Even at this early age, just over a year old, he really could not survive more than a month without a liver transplant."

Sawyer is at the ICU at UPMC after being referred by another hospital for care. Mazariegos said a living donor liver transplant is a lifesaving gift that will allow Sawyer to battle the disease and prevent a potentially long wait on a donor waitlist. 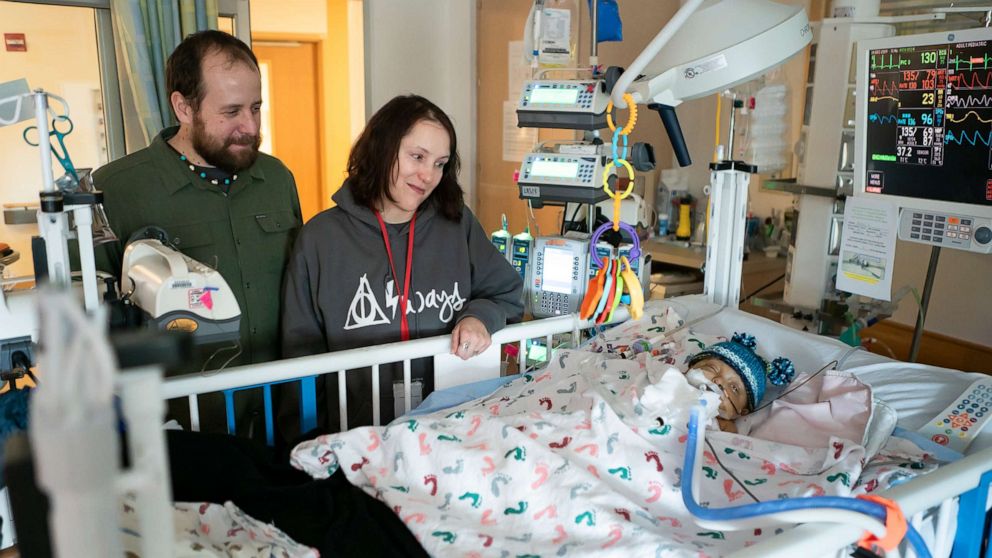 Courtesy UPMC
Sean and Josie Kelley's son Sawyer, 1, is diagnosed with a genetic condition called Alagille syndrome which affects many systems of the body.

Initially, Kelley and his wife worked with the team at UPMC to find a donor. The coordinator told the parents to spread the word because they would never know who'd be willing to step up to the plate.

MORE: This mom lost more than 100 pounds and celebrated by crossing the finish line of a Tough Mudder

"People are wanting to do this," Kelley said. He also realized he might also be able to help. "There's no reason that I can't get down to the weight that I need to see if could I could be a match as well."

"I didn't know if I would be a match for Sawyer or not, but to even go through the evaluation process I had to get my weight down to a certain point," he added.

In order to go through assessments and tests at the hospital to determine if he was a match for Sawyer, Kelley had to bring his weight and body mass index down. He would have to lose 40 pounds. 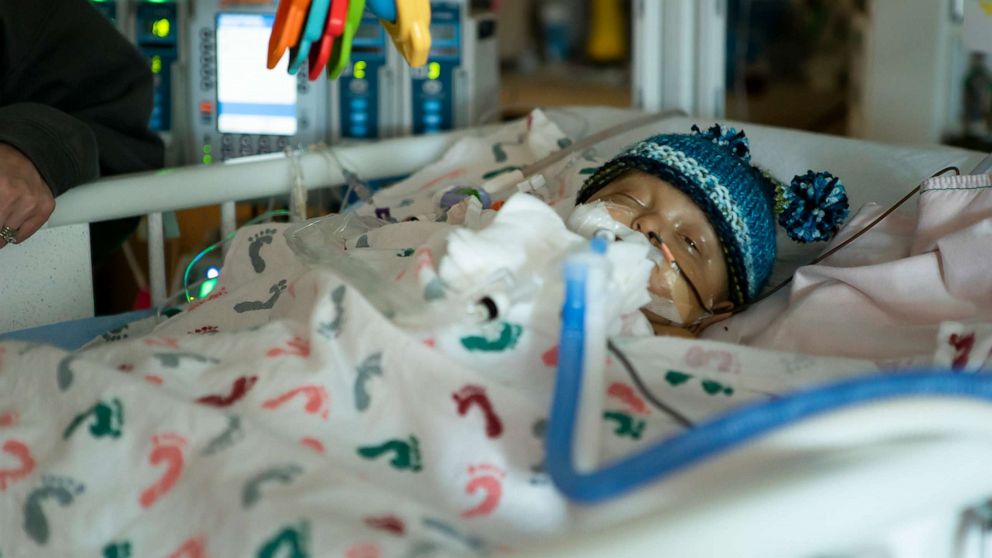 Courtesy UPMC
Sean Kelley says Sawyer has a smile that will melt your heart.

He started the weight-loss process in August 2019, and credits much of his journey to having a strong support system especially from his wife.

MORE: 17-year-old gets 'Christmas miracle' with new heart and kidney

"She kept telling me that if I kept eating right and exercising I would get to my ultimate goal, and it didn't matter if I lost 2 pounds this week or 3 the next, I just needed to keep working hard," he said. "I would drive her crazy because I would want to weigh myself everyday and she would just say wait till the end of the week."

Kelley tracked his caloric intake and exercised as much as possible, even using his lunch breaks to go on extra walks. He said he was motivated and had a goal to work toward, a goal that he hoped would mean he was a perfect match for his son.

Finally, he received confirmation. Kelley, a professor, was at school when he received the phone call that made his day "a happy day for sure."

"It was pretty overwhelming ... I had to literally sit down and just kind of take a few minutes," he said. 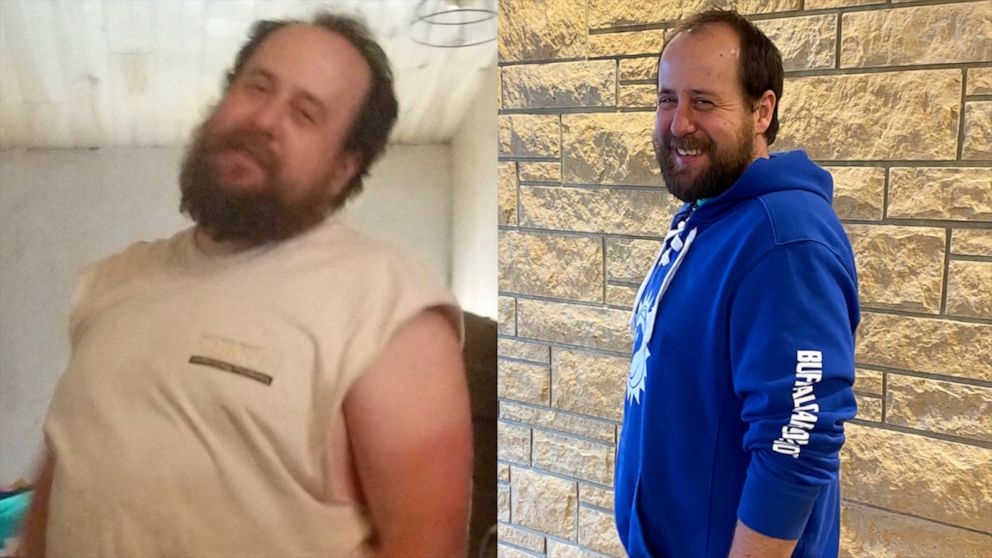 MORE: I had a heart attack while pregnant. Here's what I want other women to know

"He will be much healthier, we believe, with this liver, and be able to withstand infections and withstand things that right now were really big setbacks for him," Mazariegos said.

Two weeks after the surgery, Kelley told "Good Morning America" he and Sawyer are recovering smoothly despite a few post-surgery complications.

Kelley said he and his family are fortunate they were able to have the transplant done, and they hope to educate others about how being a living donor can save another's life.

"It's an incredible thing to even consider being evaluated and going through the process to see if you could be a match for somebody," he said.