As germs spread in the cold weather season, health professionals are reminding parents about RSV (respiratory syncytial virus) -- the common respiratory virus that could be dangerous to young children.

Leann Tate, a mother from Smithfield, Virginia, told "Good Morning America" she had an RSV scare with her son Cameron. The 3-month-old at first had a runny nose and a deep, wet cough.

"The night he became unresponsive is probably something I will live with for the rest of my life," Tate said.

Cameron tested positive for RSV on Dec. 23 and was admitted to the hospital on Christmas day.

He spent six days on oxygen and breathing tubes. 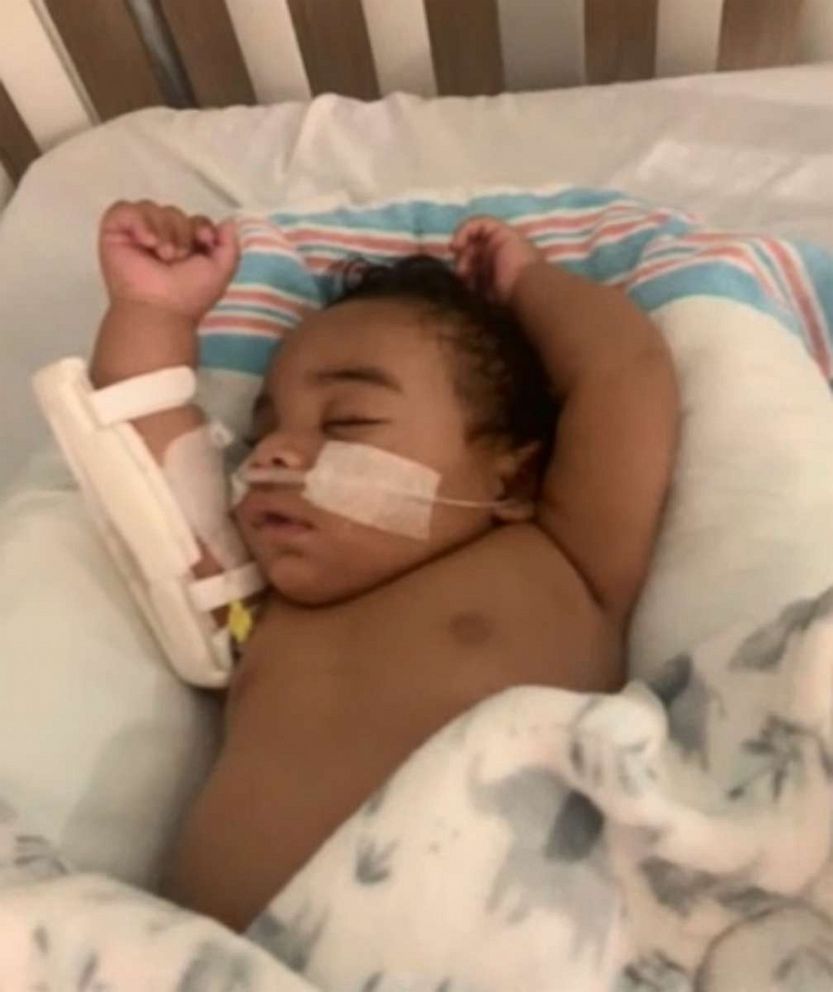 Leann Tate
Cameron tested positive for RSV on Dec. 23 and was admitted to the hospital on Christmas day. The 3-month-old spent six days on oxygen and breathing tubes.
Editor's Picks
(MORE: Mom's Facebook post warns others to not kiss babies after her infant contracts RSV)

"He became extremely dehydrated to the point [where] he was completely unresponsive and they had to give an emergency IV to kind of bring him back," Tate recalled. Fortunately, her son is now happy and healthy.

"I would want other parents to know when dealing with RSV, always go with your gut feeling," she said.

The CDC reports on average, 2.1 million children under age 5 are diagnosed with RSV every year.

RSV can pose more harm to babies and the elderly. And like in Cameron's case, it could spiral quickly.

"It is a virus that just has to take its course and in the meantime, we have to make sure that babies are able to breathe, they're able to stay hydrated and they're not having high fevers that can get them in trouble," Dr. Edith Bracho-Sanchez, a pediatrician at Columbia University told "GMA."

Tate isn't the only parent whose child had a bout with RSV. In August, Ariana DiGrigorio, a mother of four from New Jersey, shared a photo of her son Antonio hooked up to machines in hopes to remind others to stay away from babies when they're sick.

"It was scary," DiGrigorio told "GMA." "Before he was transferred into the ICU he was in a regular room and he went into respiratory failure. They said [he] was doing better with Albuterol [breathing] treatments they were giving him and then it went downhill from there."

Dr. Jennifer Ashton, chief medical correspondent for ABC News, said RSV first appears like the common cold and symptoms are based on age.

"While adults and older children may have mild or no symptoms at all, babies and toddlers may experience runny noses which may then progress to sneezing, cough, fever, fatigue," Ashton told "GMA," adding that RSV the most common cause of pneumonia in babies under the age of 1.

RSV is the most common cause of pneumonia in babies under the age of 1. @DrJAshton has the latest on what you need to know about this upper respiratory virus and our @ErielleReshef shares her family's own brush with the dangerous virus. https://t.co/GKTbHyyeEr pic.twitter.com/HzghTb0HhG

Here's what parents need to know to keep kids safe.

Later on: wheezing and sometimes trouble with breathing.

ABC
As germs spread in the cold weather season, health professionals are reminding parents of RSV -- the common respiratory virus that could be dangerous to young children.

Always wash your hands, especially before and after contacting someone with the infection.

Infants who are either born preterm (less than 29 weeks) or born with chronic lung disease may require a vaccine to prevent RSV since they are at risk of developing more complications from it. Parents should discuss this with their pediatrician.

ABC
Leann Tate, a mother from Virginia, told "Good Morning America" she had an RSV scare with her son Cameron. The 3-month-old at first had a runny nose and a deep, wet cough.

When to take your child to the hospital

Head to the emergency room if you notice your little one is lethargic, or is showing signs of difficulty breathing such as:

1. Using their belly, neck or rib muscles when breathing.
2. If their nose flares when breathing.
3. If they are breathing very quickly.
4. Blue-ish discoloration around the lips or nail beds -- that can be a sign they're not getting enough oxygen.