A baby boy who was born without a large part of his skull is exceeding doctors' expectations at 7 months old.

Lucas Santa Maria was diagnosed with exencephaly in utero. The fatal condition is a rare malformation where brain tissue protrudes and a large part of the skull is missing, according to the U.S. National Library of Medicine's Journal of Pediatric Neurosciences.

Four days after birth, Lucas received surgery to help save his life.

"Even after the surgery they were surprised at how well he was doing," mom Maria Santa Maria of Garfield, New Jersey, told "Good Morning America." "He's eating baby food, getting physical therapy now. He lifts his head up and moves his legs to rock back and forth."

Santa Maria, a mom of four, said she learned her son had exencephaly during the first ultrasound of her pregnancy. 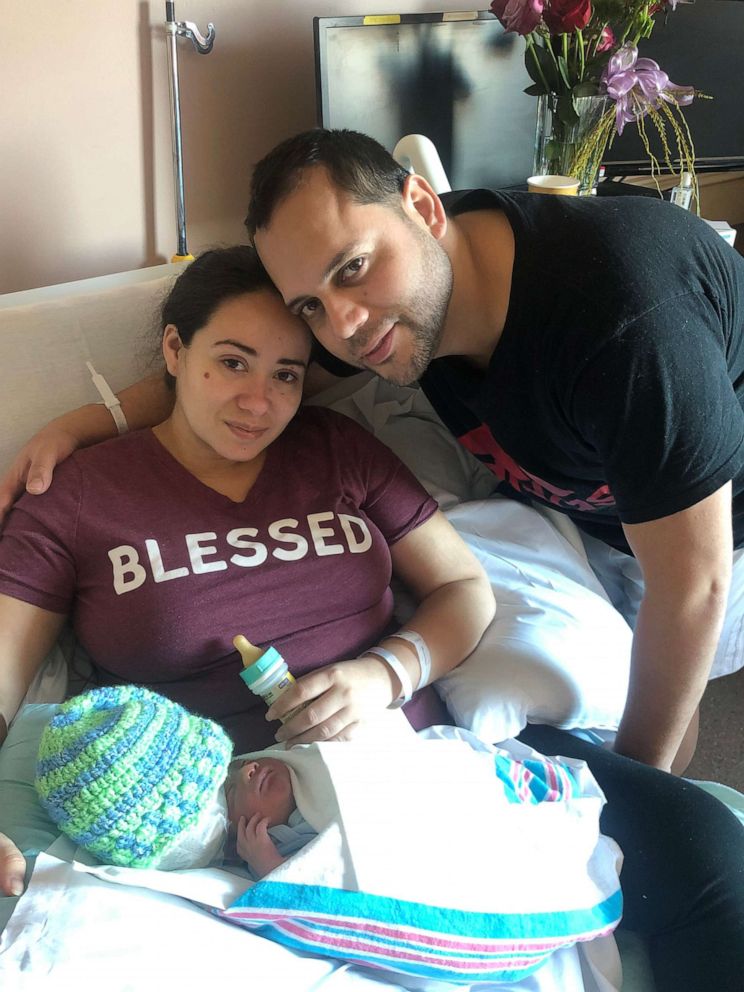 Santa Maria family
Maria Santa Maria poses on March 7, 2019, with her husband, Augusto and their son, Lucas. Lucas was born with exencephaly which means he is missing a large part of his skull.
Editor's Picks
(MORE: 1-pound preemie who fought 100 days in NICU heads home after remarkable recovery)

"[A doctor] was showing me on the ultrasound that the skull hadn't closed and the brain was coming outside of the skull," Santa Maria recalled. "All my previous pregnancies I never had anything wrong, so that's something I wasn't expecting."

"The first thing they told me to consider was abortion," she added. 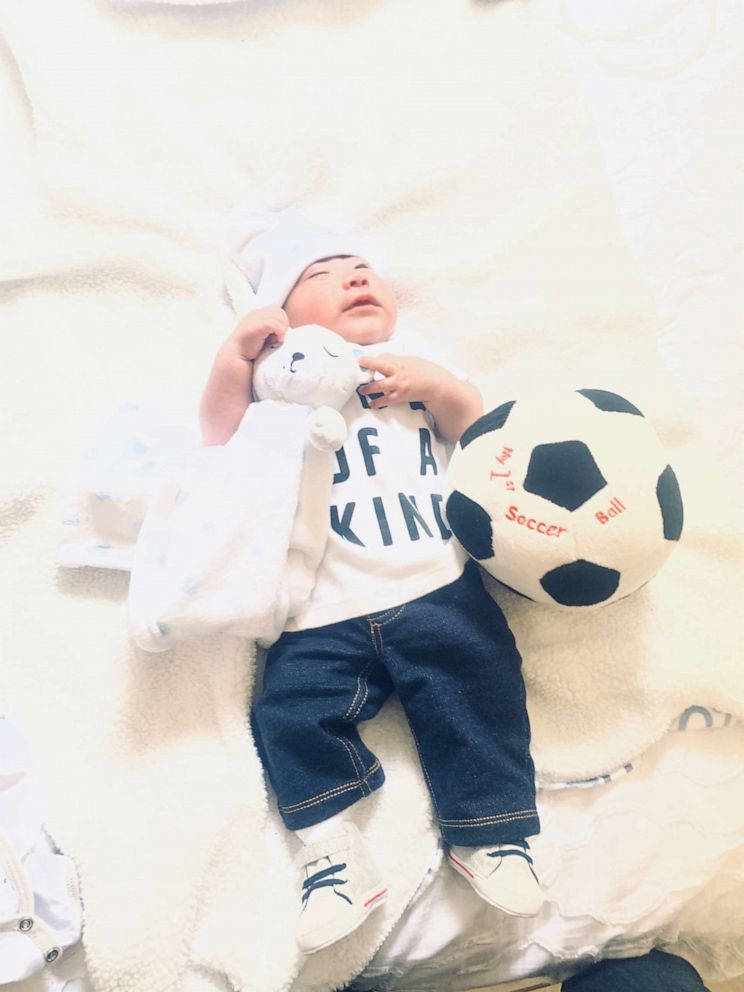 Santa Maria family
Lucas Santa Maria was born with exencephaly which means he is missing a large part of his skull.

Santa Maria chose to move forward with the pregnancy and welcomed Lucas at Hackensack University Medical Center in Hackensack, New Jersey. Doctors were stunned he survived. But Santa Maria and her husband Augusto made funeral arrangements. 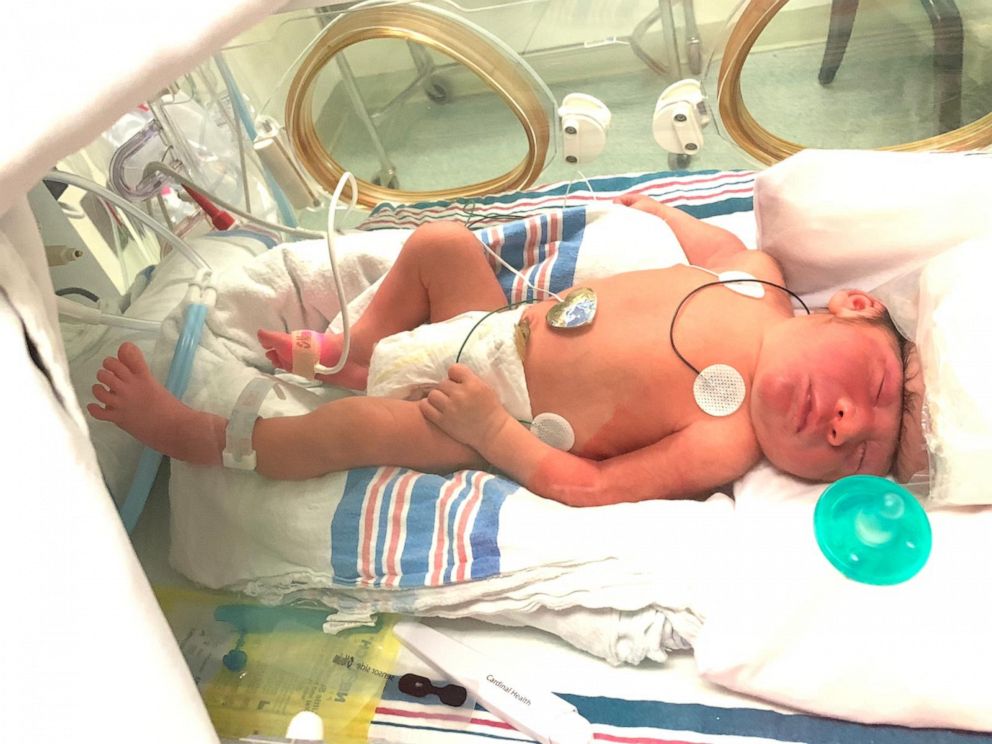 Santa Maria family
Lucas Santa Maria was born with a serious condition called exencephaly, which means he is missing a large part of his skull.

"That broke my heart," Santa Maria said. "I wanted them to meet their baby brother before he had passed and thank God that time never came."

On March 11, Lucas received surgery to close the area around his brain tissue. 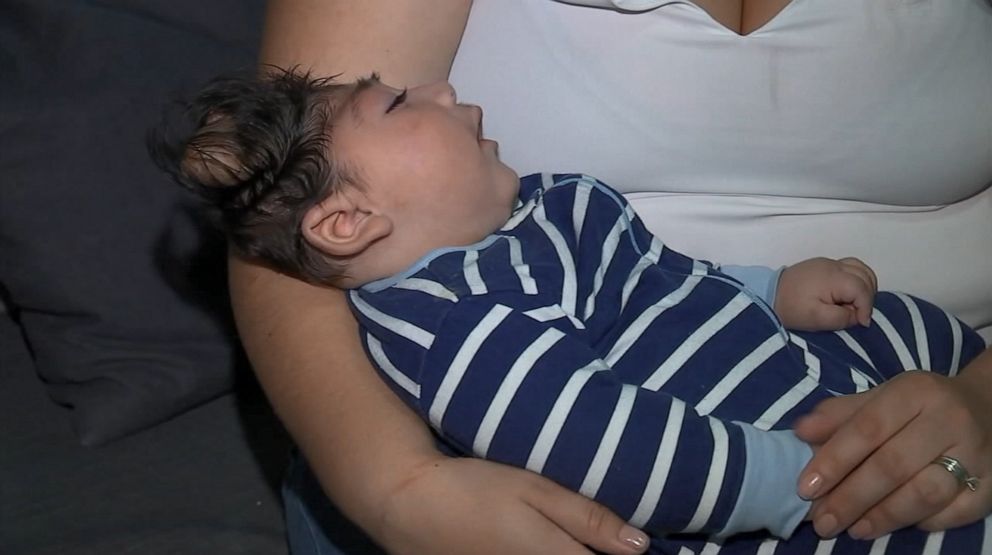 WABC
Lucas Santa Maria is the only baby in the world who has survived a fatal condition called exencephaly.

As Lucas' skull bone grows, Vogel will shave a layer to fill in sunken ares to make sure the brain tissue is protected. 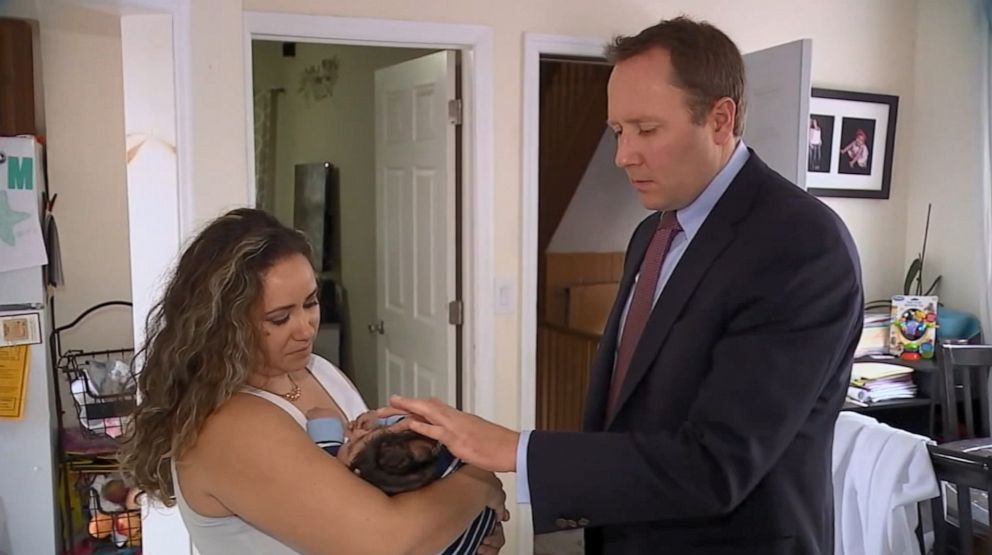 WABC
Maria Santa Maria of New Jersey, is seen in an undated photo with Dr. Tim Vogel with North Jersey Brain and Spine Center and her son, Lucas.

"Lucas is one-of-a-kind in this world," Vogel told "GMA." "He's setting his own records moving forward as a child whose survived these conditions."

"All the medical literature about exencephaly [says] there's never been a person to survive after three hours," Vogel added. "For him to be seven months and meeting milestones...it's a message of hope to other families." 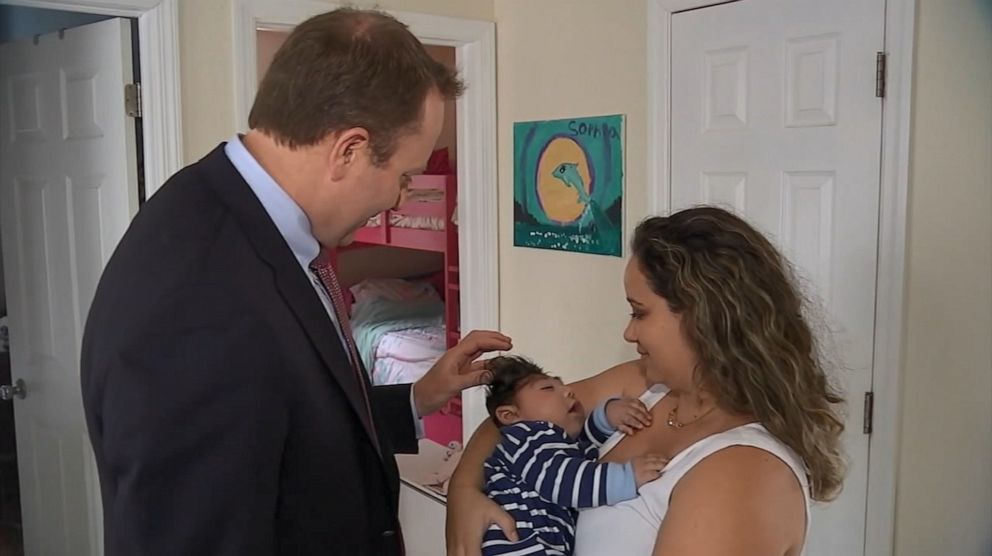 WABC
Maria Santa Maria of New Jersey, is seen in an undated photo with Dr. Tim Vogel with North Jersey Brain and Spine Center and her son, Lucas.

"I don't see myself without Lucas," she said. "Sometimes there are miracles. We wanted to meet our baby boy...to us it's a blessing every day."