The first mothers to have babies born from transplanted uteri are opening up about their road to motherhood.

Baylor University Medical Center in Dallas, Texas, recently announced the births of a third and fourth baby to women who received transplantation as part of a breakthrough clinical trial.

Both women, born without uteri, were part of the trial conducted through Baylor Scott & White Research Institute.

"I'm thankful [there were] doctors passionate enough to research something I thought I was alone in," Edwards of Plano, Texas, told "Good Morning America." "I don't think of myself as history-making, I think of myself as blessed and honored to have [my daughter]. I am honored that she is part of something that can inspire people -- people can look at her and have hope." 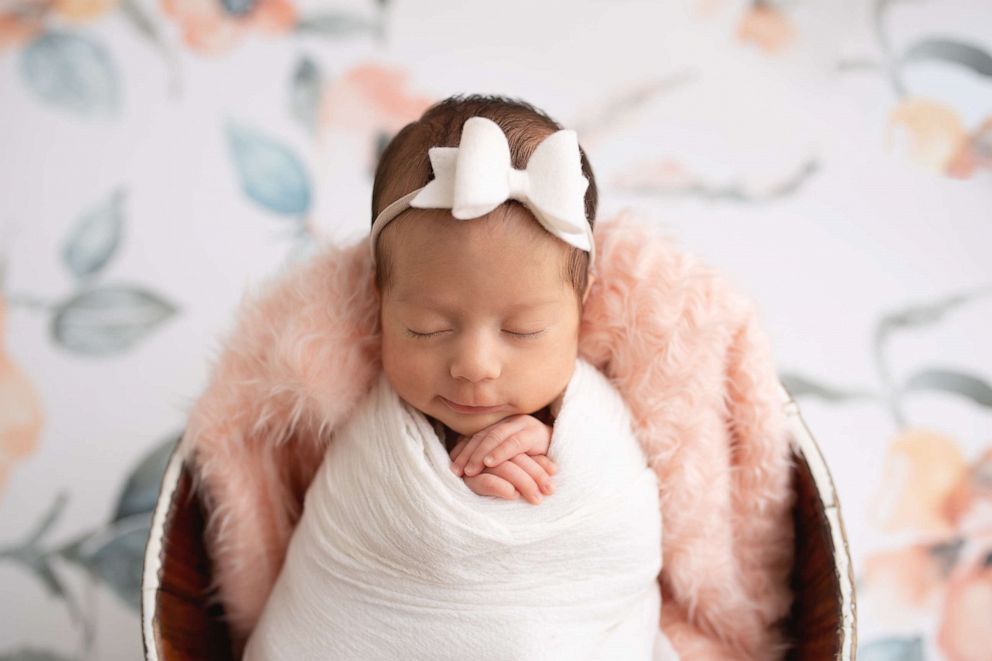 Edwards said she learned at the age of 16 that she did not have a uterus or cervix, but was able to produce eggs.

She and her husband Lance married in 2014. Edwards said she had read about uterus transplantation first occurring in Sweden. When she read about Baylor's clinical trial, she contacted their medical center and was chosen to be a participant. Edwards successfully underwent the transplant in August 2017.

"Uterus transplantation is an innovative infertility treatment option for women with absolute uterine factor infertility, meaning their uterus is non-functioning or nonexistent," according to a press release from the institute.

"My husband came home and I ran out to tell him and we both cried," Edwards recalled. "I had a beautiful pregnancy and soaked it all up." 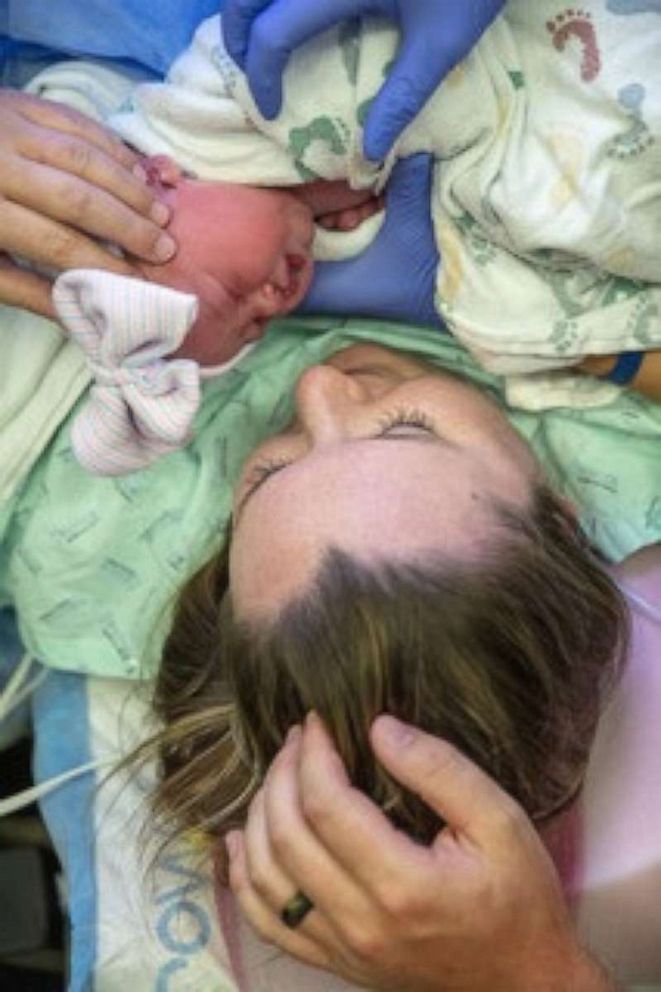 Like Edwards, Meave learned at a young age that having children would be nearly impossible.

"I was born without a uterus and I found out when I was 15 through a series of tests -- physical exam, ultrasound and an MRI," Meave of Dallas, told "GMA." "The only way I could successfully carry a child was through a uterus transplant."

Meave had the transplant surgery in May 2018. She got pregnant with her very first embryo transfer on Dec. 7, 2018.

Meave credits her doctors for their landmark research.

"I feel like such a small part but it's amazing to have been given this opportunity, the fact that my daughter is here, I got to successfully bring her into the world and it feels amazing," Meave said. "It still doesn't feel real."

Researchers at Baylor University Medical Center have completed 20 uterus transplants as part of this trial -- making it the largest program in the world.

Baylor said its goal is to be able to offer the procedure "to any woman with uterine factor infertility." 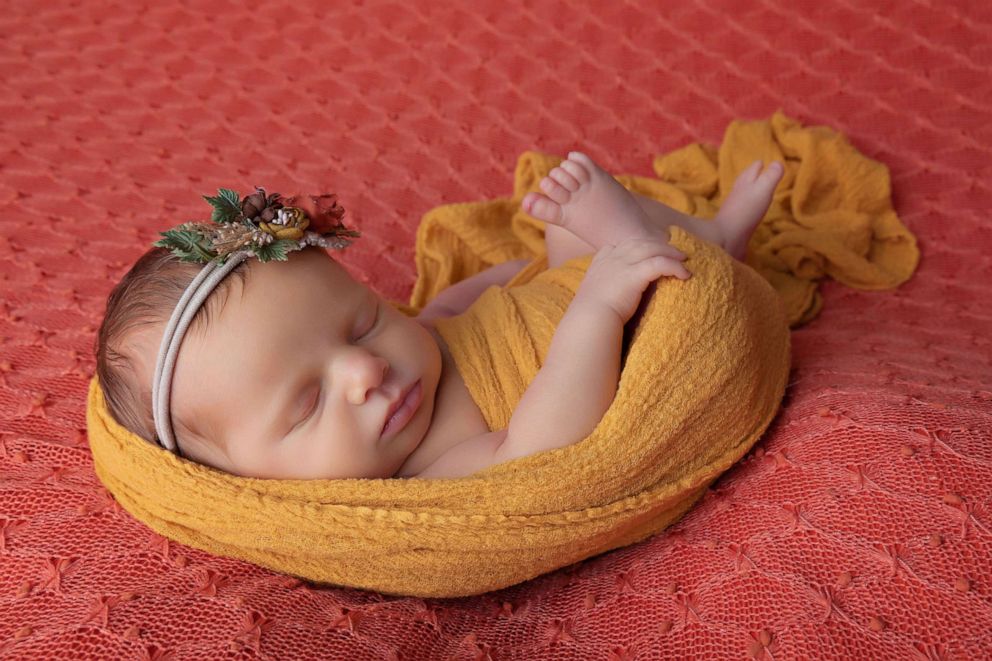 Testa said the team hopes to get "better and better" with this new innovation.

"We went from a rough start to a 90% success, so we are really very confident now that we can offer this to possibly as many 16-year-old's as needed," Testa said. "There were hundreds of women who stepped forward, wanting to participate in the trial and wanting to donate a uterus...they were instrumental to allow us to come today, to be able to be here today.

"We have a tremendous respect for women in general [who] have the courage to undergo something like this," he added.

"My hope is that 16-year-old girl will know that there is options for her if she would choose to become a mother," she added.

The families of the first and second births via uterus transplant (in 2017 and 2018) chose to stay anonymous, but Edwards and Meave wanted to share their experiences in hopes to inspire others who struggle with infertility, they said.

"I hope other women can look at [my child] and feel hope because unfortunately infertility, it can make you feel extremely hopeless," Meave said. 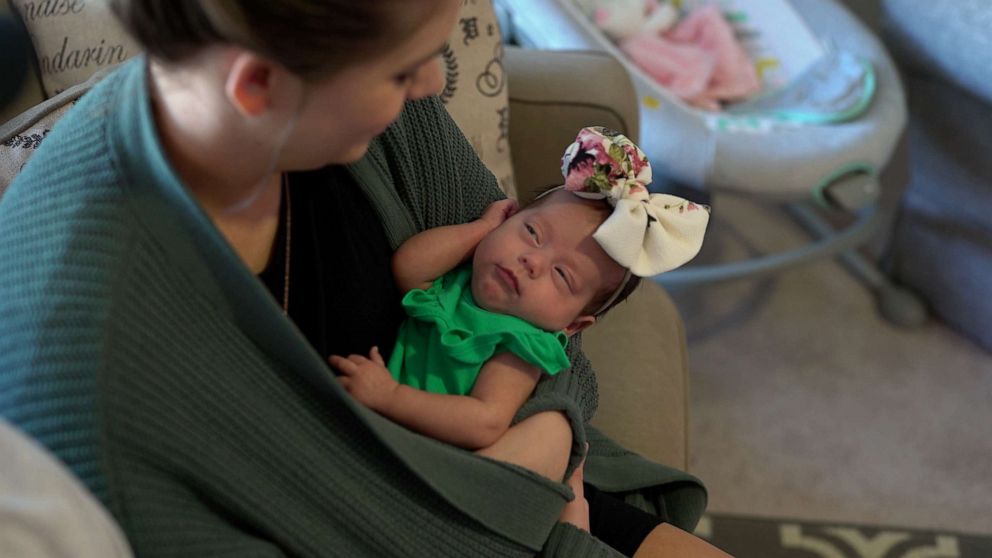 Shannon Faulk Photography
Peyton Meave, 24, of Texas, was the third mother to deliver her baby, a girl named Emersyn Rae, on June 21, 2019, after undergoing a uterus transplant.

Edwards agreed, she wants her birth story to be a symbol of hope for people hoping to become parents.

"She's an inspiration," Edwards said of her daughter. "I fought for her and I hope she continues to fight for anything in this world that she wants."