Welcome to GMA’s New Year, Best You. As we ring in the new year, we are sharing everything you need to start the new year strong. From keeping your New Year’s resolutions going to Instagram-worthy meal prep to workout programs to eating plans to taking time for yourself, we have it all covered.

Brandee Johnson, a mom of two, was more than 100 pounds overweight when a comment from her son changed her life.

"I was having a conversation on the phone with a friend and we were talking about how expensive it is to eat healthy," Johnson, of Chattanooga, Tennessee, told "Good Morning America." "When I hung up the phone, my son looked at me and said he overheard me, and said to me, ‘Wouldn’t it cost more to bury you?’"

"I was speechless," Johnson recalled. "At that point I was already having health issues, so by him saying that I knew I had to change."

Because Johnson, a city employee, had tried to lose weight her entire life, she decided she needed a new approach that included accountability. She told a coworker, and together they started a 90-day New Year's weight loss challenge at work with more than 100 employees.

Johnson, now 40, lost around 30 pounds and won the challenge. 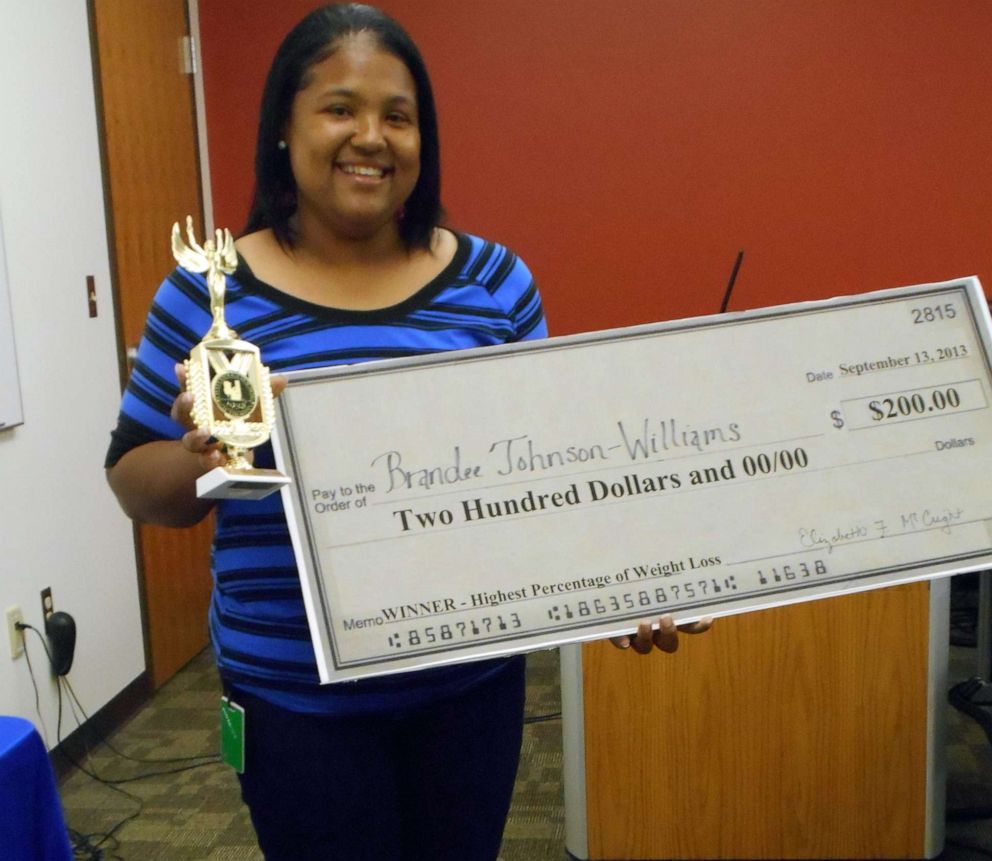 Courtesy Brandee Johnson
Brandee Johnson, 40, of Chattanooga, Tenn., holds a trophy and a check for winning an office weight loss challenge in 2013.

She continued to lose weight and has maintained a 105-pound weight loss for nearly the last six years.

Johnson started her weight loss by simply cutting out the foods she defined as her "problem foods" -- carbohydrates and sweets.

"I didn’t want to overwhelm myself by looking at labels because if I got overwhelmed I’d quit," she said. "I just cut out the obvious carbs like bread and pasta and rice."

(MORE: I eliminated all my favorite foods from my diet for 30 days -- and survived)

Johnson also focused on her portion sizes by cutting her meals in half, and focused on what she calls "P and P," preparing and planning.

"I went to the grocery store and told myself to take my time and not rush," she said. "I found when I stopped and took my time that healthy food was not much more expensive than unhealthy food."

"I didn’t want my kids to be unhealthy either so I started making the same meals for them too," Johnson said. "Now we grocery shop and get our food for the week together on Sundays." 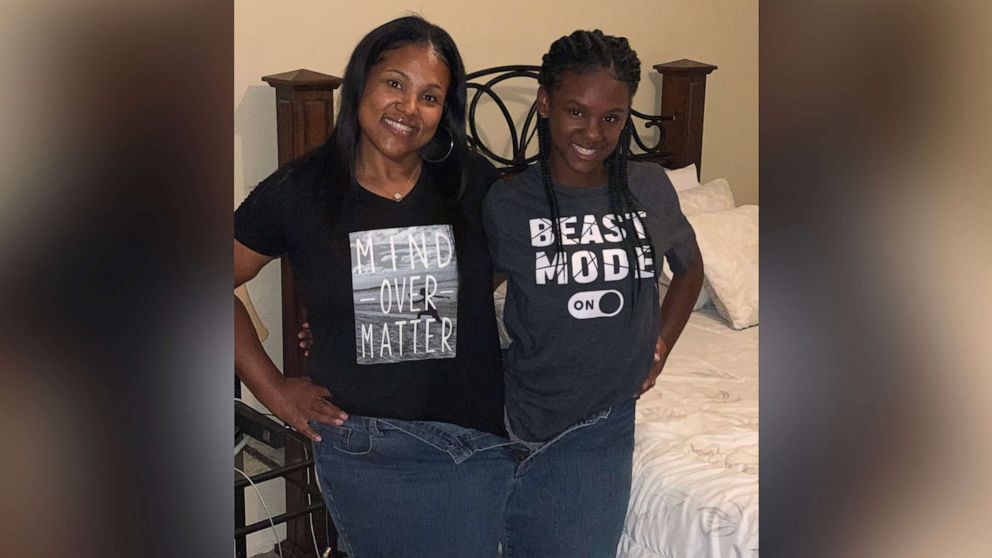 Courtesy Brandee Johnson
Brandee Johnson, 40, of Chattanooga, Tenn., fits into her old jeans with her daughter Jorden after losing 105 pounds.

Where before her diet consisted of fast food and lots of sweets, Johnson now has oatmeal with a protein added for breakfast, a salad with protein for lunch and something simple like eggs, and turkey sausage for dinner. She also does not eat past 8 p.m.

For movement, Johnson started by walking 15 minutes per day. She now works out six days per week, often with her son, who first inspired her weight loss. 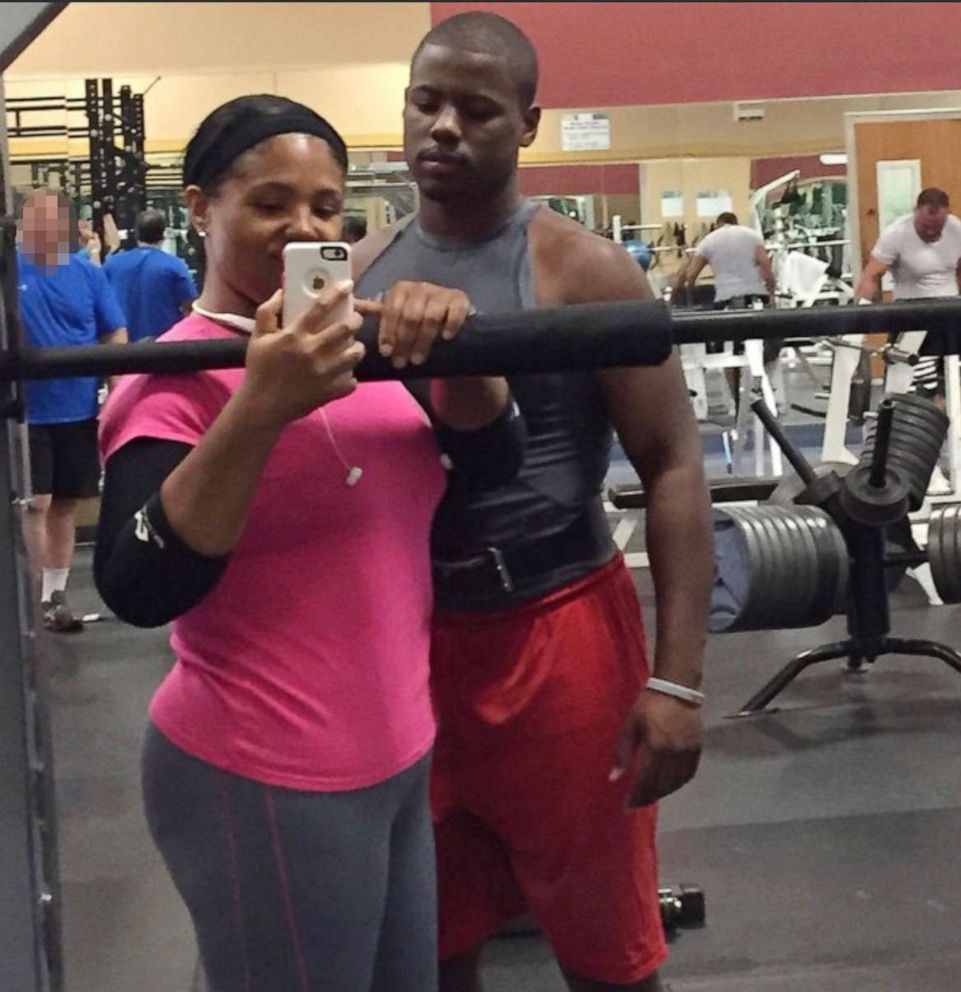 "I’m just so confident in who I am," she said. "I can truly be myself and be involved in my kids' activities."

Johnson's office has also continued the weight loss challenge she started. Johnson has turned her weight loss into a new side hustle in her job, helping to lead workplace wellness initiatives and doing speaking engagements throughout the city.

In addition to the physical changes, Johnson saw firsthand the impact her weight loss has had around six months ago when, just before her 40th birthday, her appendix ruptured.

Her condition was so bad that she spent weeks in the intensive care unit. Johnson said her doctor credited her recovery to the healthy changes she made in her life years ago. 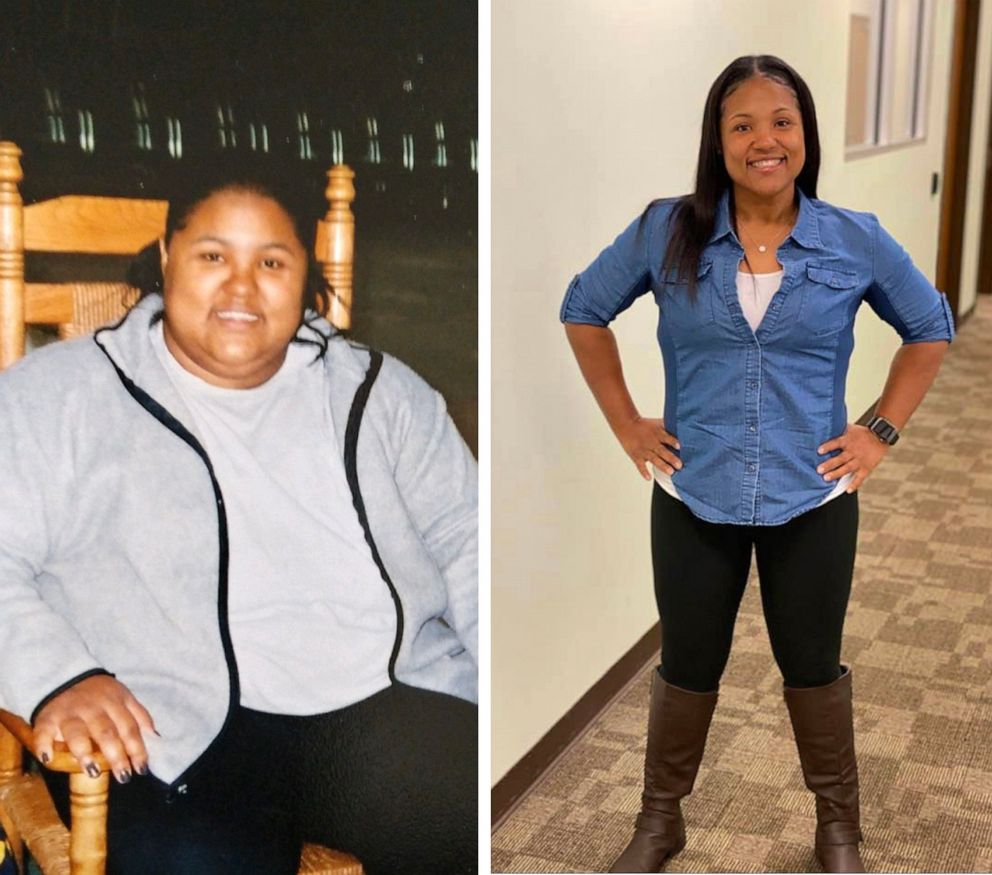 "Little did I know six years ago when I started to lose weight that it would save my life now," Johnson said. "The doctor said it was because of my good health that I survived."

"Everything I did six years ago mattered. It saved my life," she said.

Try Johnson's tip for getting started on a lifestyle change -- Do something different: "I didn't start out eating salads because every time I’ve started a diet, one million times in my life, that’s how I started. I thought, 'I can’t start this the same way I’ve started every other diet.' I focused on my portions and still ate lots of vegetables, but not salads. It took me a few years to start having salads, actually."