Robyn Stern, a licensed clinical social worker in New York, has missed weeks and months of her life due to body dysmorphic disorder, an illness in which a person is overly worried about imaginary or minor physical flaws.

For Stern, now 40, body dysmorphic disorder, or BDD, took over her life for years because of perceived flaws she saw on her face.

"Anytime I had any imperfection, any acne or anything on my face, I felt like I should not go out in public," she said. "I just thought that I was ugly and defective." 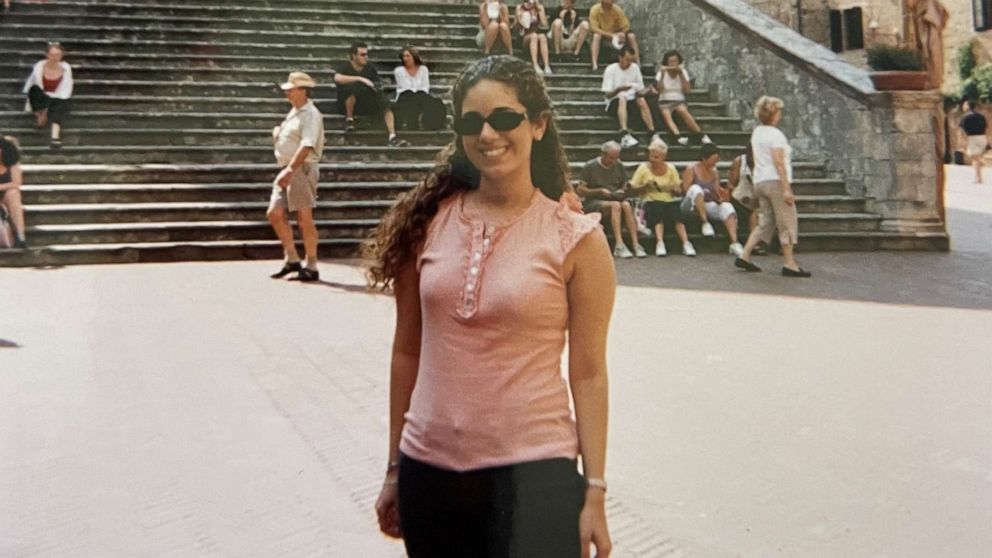 Stern, who now treats people with BDD, said it took her more than a year of seeing medical professionals, therapists and doing her own research to get a diagnosis of BDD and start the treatment that ultimately put her in recovery.

"It's often a very long road for people to get diagnosed," she said, adding of her own experience, "I never thought that the issue of my appearance was actually a psychological issue."

BDD is a mental health disorder, defined by the Anxiety and Depression Association of America as "a body-image disorder characterized by persistent and intrusive preoccupations with an imagined or slight defect in one's appearance."

And though often attached to stigma and shame, it is a disorder that is more common than people may think.

The disorder currently affects about 2 to 3% of the general population, making it more common than obsessive compulsive disorder, schizophrenia or anorexia nervosa, according to Dr. Katharine Phillips, professor of psychiatry at Weill Cornell Medical College and author of "The Broken Mirror," the first book written about BDD.

"It's very important to take BDD seriously and recognize that it's not simply vanity," Phillips told "GMA." "It's a serious and sometimes life-threatening disorder."

It is also a disorder that has faced ramifications from the coronavirus pandemic -- as people stayed inside, had to wear face masks and saw themselves on Zoom -- that will continue post-pandemic as people are forced to return to the world, experts said.

"As the world opens up, it will be important for people with BDD to go out to do things and socialize because social avoidance just keeps BDD going," said Phillips. "If it's too hard to go out and be around others, this is a sign that you need treatment."

Body dysmorphic disorder can feel like a 'bully in your brain'

For a person with BDD, a simple mirror in a bathroom or in their home can become a dangerous weapon, something they stand in front of to pick apart their appearance.

"When you're dealing with body dysmorphic disorder, you have a bully in your brain," said Stern. "It's the intrusive thoughts regarding your perception of your appearance that are so distorted and affect you so deeply to the core of who you are. It feels like you can't escape yourself."

"What I tell people with body dysmorphic disorder is that they're never truly going to be able to truly see what they look like," she said.

While it's not uncommon for people in today's world to be appearance-focused, people with BDD have an inability to let thoughts of their appearance go and cannot see themselves as they truly look, according to Stern.

"We are dealing with people who have a distortion with how they see themselves, and we actually know from functional MRI studies that people with body dysmorphic disorder's brains light up differently than people who don't have it," she said. "Their spatial processing is different and they're not able to accurately perceive their appearance."

BDD can focus on any part of the body but is most commonly focused on skin (perceived acne, scarring or skin color), hair (perceived hair thinning or excessive facial or body hair) and nose (perceived size and shape), according to Phillips.

"Common repetitive behaviors are comparing one's own appearance with that of others, excessive mirror checking, excessive grooming, skin picking, taking lots of selfies to check your appearance and seeking reassurance from other people about how you look," she said. "And most people with BDD try to hide the disliked body areas, using things such as makeup or concealer, a hat, clothing, their hands, their hair or body position."

For someone to be diagnosed with BDD, those behaviors must be preoccupying enough to cause clinically significant distress, like anxiety, low mood or shame, or impairment in functioning, like avoidance of social situations, difficulty concentrating or difficulty doing school work or performing a job, according to Phillips.

BDD is not body dysmorphia

Though BDD can take many forms, it is not body dysmorphia, a term that is often used but does not capture the significance of BDD, according to both Stern and Phillips.

Stern said that as someone who suffers from BDD, using the correct term for the disorder is critically important.

"I've heard so many people say, 'But everybody has body dysmorphia,'" she said. "And when I think about my own struggles, I don't think everyone just sits in a house for a month ... because [they] can't function optimally."

Stern continued, "People with BDD can feel minimized and feel like other people don't truly understand what this is."

People of all ages can be affected by BDD, but for two-thirds of people it begins in early adolescence, before the age of 18.

Because BDD symptoms in adolescence are often considered just a "normal phase," people can go for years or decades without being diagnosed, according to Phillips.

People can also often go for years without a mental health diagnosis because they seek the wrong kind of treatment, Phillips noted.

"Because most people with BDD are mostly or completely convinced that they look ugly or abnormal -- even though they don't -- a majority seek and receive cosmetic treatment, such as dermatologic treatment or surgery," she said. "This is unfortunate, because cosmetic treatment virtually never improves BDD and can even make it worse -- sometimes much worse."

In other cases, people with BDD may seek out mental health treatment but not specifically address their preoccupation with their perceived physical appearance, whether because of stigma or lack of awareness.

Recovery from BDD is possible and seeking treatment for the disorder is nothing to be ashamed of, Phillips and Stern stressed.

Knowing when to seek treatment often means recognizing when the disorder is preventing you from living your daily life and doing activities that you would normally want to do.

"Body dysmorphic disorder is like having a relationship with your defective body part and you're so consumed with it that it takes over your day-to-day life," said Stern. "It is about the perception and distortion of one's physical appearance, but it goes deeper to that and truly affects one's functioning."

The importance of seeking treatment for BDD bears out in the complications it can cause, from depression and anxiety to substance abuse and suicide, according to Phillips.

"One recent research study in nearly 500 patients with various mental disorders found that BDD was associated with higher rates of suicidality than any other mental disorder that was examined, including major depressive disorder, bipolar depression, OCD and PTSD," she said.

BDD can be treated with a class of medications called serotonin reuptake inhibitors -- or SRIs or SSRIs -- that help to decrease obsessive behaviors and improve mood and body image, according to Phillips.

Cognitive behavioral therapy is also used to help people with BDD retrain their thoughts and develop coping mechanisms to handle symptoms, according to Phillips.

There are also now organizations that support people with BDD, including the International OCD Foundation, the Anxiety & Depression Association of America and the U.K.-based Body Dysmorphic Disorder Foundation.

Stern said she is proof that though BDD is a chronic condition, it is one that people can seek treatment for and go on to live healthy and productive lives.

"I want people to realize that they're not alone in their struggle, that they can get better and that they don't have to suffer in silence any longer," she said. "That's part of the reason that I like to speak because I want people to understand that."

If you or someone you know is in crisis, text "NAMI" to 741741 for 24/7, confidential, free crisis counseling or call the National Alliance on Mental Illness Helpline at 800-950-6264. People looking for help for themselves or a loved one can also email NAMI at info@nami.org. You can also call the National Suicide Prevention Lifeline at 1-800-273-TALK (8255) or text HELLO to the Crisis Text Line at 741741.