One day after making a surprise revelation on live television that he has multiple sclerosis , CNN anchor John King said he hopes his openness inspires people to take precautions against COVID-19 seriously.

"I'm not supposed to be part of the story, I'm supposed to cover stories," King said Wednesday on "Good Morning America, adding, "If my personal experience can help anybody or help people understand, again, that the person next to you, you may not know, on the subway, or on the bus, in a coffee shop might need your help and you can do a couple easy things to make them feel safer, if I can help with that, then so be it."

The "Inside Politics" host opened up about his own MS battle Tuesday during a segment in which COVID-19 vaccine mandates were discussed, following the death of former secretary of state Colin Powell, who died Monday morning due to complications from COVID-19.

Powell, who was fully vaccinated, was being treated for multiple myeloma, which compromises the immune system. He had also been diagnosed with Parkinson's disease, according to his spokesperson.

"I'm going to share a secret I have never spoken before. I am immunocompromised," King said on his show. "I have multiple sclerosis. So I am grateful you are all vaccinated. I am grateful my employer says all of these amazing people who work on the floor, who came in here in the last 18 months when we are doing this, are vaccinated now that we have vaccines. I worry about bringing it home to my 10-year-old son who can't get a vaccine. I don't like the government telling me what to do. I don't like my boss telling me what to do. In this case, it's important."

King, 58, who is CNN's chief national correspondent, told "GMA" that he had not planned to reveal his MS diagnosis live on-air, but felt compelled in order to help combat what he called "reckless and dangerous" rhetoric around COVID-19 vaccines and other safety measures.

"We should be willing to do hard things to help other people," he said. "Rolling up your sleeves and getting a safe vaccine is easy. Putting on a mask in a crowded place is easy. So why can't we do the easy things?"

"These steps are easy and they could help a friend or a neighbor or a stranger get through the day," King added. 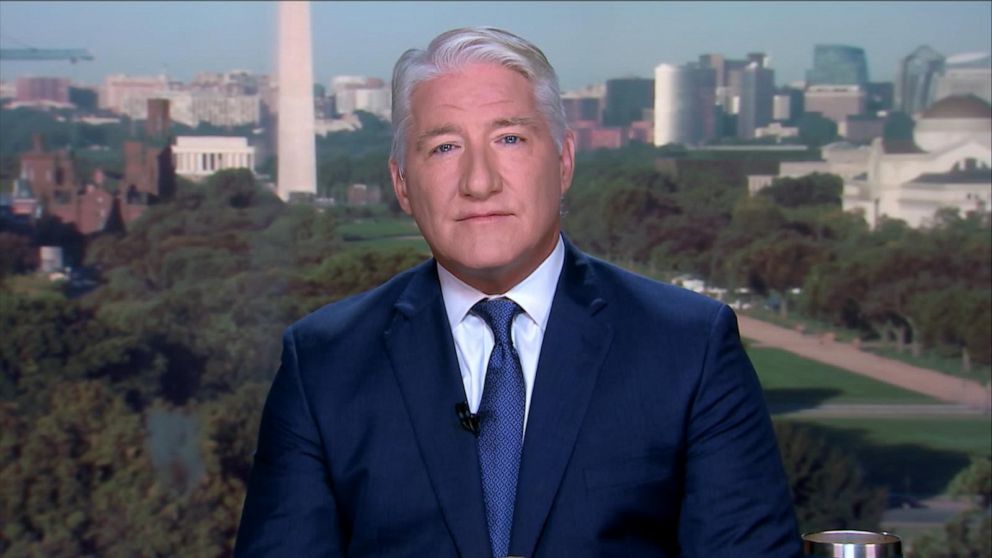 Currently, just 66.8% of Americans ages 12 and up are fully vaccinated against COVID-19, according to data from the Centers for Disease Control and Prevention.

King said he has taken extra safety precautions himself during the pandemic, for his own health but also to protect his family, including his 10-year-old son, who is currently too young to receive a COVID-19 vaccine.

MORE: Selma Blair opens up about living with MS in new documentary

Studies have shown vaccinated individuals are significantly less likely to spread coronavirus to family members within a household, National Institutes of Health director Frances Collins wrote in a blog post Tuesday on the safety of the vaccines.

In addition to being fully vaccinated, the CNN anchor said he also received a vaccine booster shot.

"I don't like being told what to do. I don't want my employer telling me you have to get a vaccine. I don't want the government telling me I have to do things, but this is bigger than that," he said. "Moments in American history when we're all challenged, when we're all at risk, we're supposed to come together and set the politics stuff aside and just love thy neighbor, protect thy neighbor."

King said he has relapsing-remitting MS, which is the most common disease course, according to the National Multiple Sclerosis Society.

He said he takes medication to slow the progression of the disease and considers himself "lucky," but still faces days where the MS is "very frustrating."

"Today I'm having a problem with my hands. I have not been able to really have full sensation in my legs since late in the Clinton administration," he said, noting that his MS diagnosis came several years later. "There are some days this knocks me on my you know what, there are other days it's just a little nagging."

"But it has made me stronger. I hope, I certainly hope it has made me a better person," King continued. "And it's made me aware, again, that a lot of these symptoms, a lot of the stress people are going through is hidden. You cannot see it, but we should just be aware that it's out there."