Collagen is having a moment.

The protein responsible for helping keep skin wrinkle-free and protect joints and bones is now found in supplement form in everything from powders and capsules to foods including oatmeal, peanut butter and bars.

Human bodies create collagen on their own, but the production of the protein does slow down as we age, hence the interest in consuming more collagen.

"I think people are really interested in it on the inside because it really keeps our joints young, moving properly and well-cushioned, without pain," said ABC News chief medical correspondent Dr. Jennifer Ashton. "Then when you look on the outside, collagen kind of acts as the structural support of our skin, so it reverses sagging and wrinkling."

"You can see why it's kind of being considered the ‘fountain of youth,'" she said.

(MORE: Everything to know about kombucha: Is it worth the hype?)

To find out how exactly what collagen is and whether you need more collagen in your life, "Good Morning America" turned to Ashton, a practicing OBGYN with a master of science in nutrition, and Kelly LeVeque, a nutritionist, author and health coach to stars including Jennifer Garner and Jessica Alba. 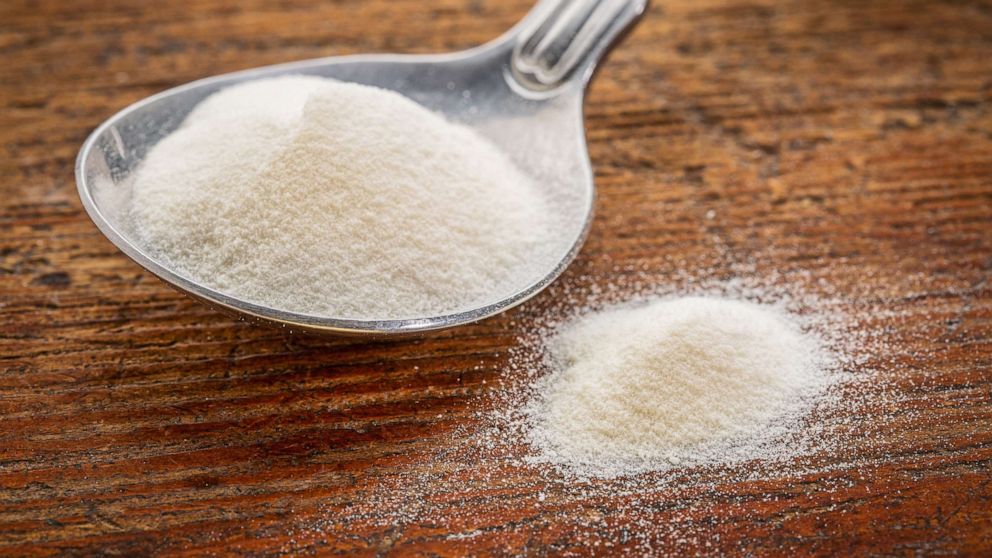 While collagen has been added to foods like peanut butter, it is found naturally in other protein sources like meats, according to LeVeque.

"Collagen comes from animals, it's rich in their skin, organ tissues, ligaments, and tendons," she said, noting that the interest in collagen supplements has grown because eating collagen-rich tissue, like organs, isn't appetizing for a lot of people.

Is collagen in supplements regulated?

It is not, according to Ashton.

"Because it is a dietary supplement it is not regulated by the FDA (Food and Drug Administration), but if you go into your organic food store or vitamin shop, you will see all sorts of collagen powders," she said. "Usually they are marketed for beauty purposes, so for healthier appearing skin, nails, hair." 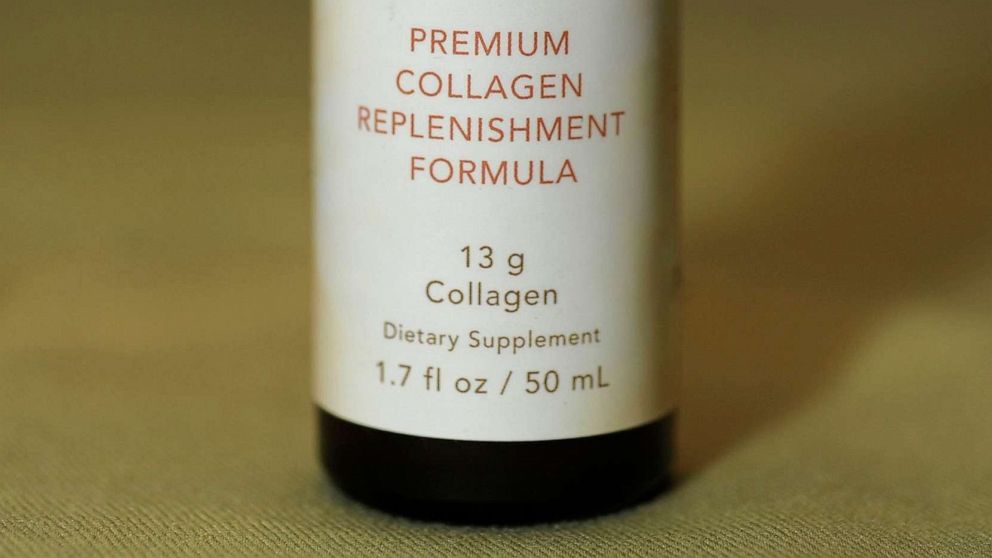 Is there an amount of collagen that is needed daily?

No, according to Ashton, who explained there is no minimum amount of supplemental collagen that people are medically advised to take daily.

What is the most common form of collagen supplement?

While collagen can be found in broths, capsules and more, powder is the most common form, according to both Ashton and LeVeque.

(MORE: 7 dietary factors may increase your risk of cancer: Study)

In powder form, collagen is tasteless, so it can be added to anything. It typically contains around 70 calories and 20 grams of protein per serving.

Are there risks associated with taking collagen?

Ashton describes the world of collagen supplements as "uncharted territory," but one without a lot of risks.

"You have to consider the risks involved, which is not only spending money, wasting money, but possibly having some kind of interaction with some other ingredient that may be in the collagen that you may be taking, but in general collagen is incredibly safe, so it's generally difficult to get into trouble with taking it," she said. "You should always discuss any supplements that you take with your health care provider and understand that because they are largely unregulated there is absolutely no way of knowing if what you're paying for is actually in there, if it's pure, how much of it is in there."

Does taking collagen as a supplement work?

The "jury is out" on whether collagen can be utilized in the body when taken orally, according to Ashton.

"There has been some camps of experts who say that when you ingest collagen orally, it's broken down and degraded by our stomach acid and therefore not absorbed, but of course there are people who say the opposite," she said. "The jury is out on that. It hasn't been rigorously studied and it is very difficult to do so."

Ashton said she experimented with adding collagen to her coffee and her morning shakes and experienced anecdotal success.

"I understand that there's no way of knowing what's in that powder and, by the way, there could even potentially be contaminants in there that may even be harmful," she said, noting she took the risk for the experiment. "For a couple of months I actually mixed it in my coffee and I did think that my hair started growing really quickly."

What should consumers look for in collagen products?

"Keep it simple," advises LeVeque. "Collagen should always be the first ingredient, and at most, you would still only want a few ingredients, potentially a flavor like vanilla or chocolate and a plant-based sweetener like monk fruit or stevia."

"You don't want any added, refined, or processed sugars," she added. "If you see peptides on the package, it means that the chain of collagen has been broken down into smaller more bio-available molecules, which benefits us."